The classic plot device of switched bags that look the same but have far different things inside is the basis for 1987's Dirty Laundry, which might be a perfect example of a 1980s direct-to-video movie. This was in fact issued on VHS by Sony in their earlier effort to be a player in movie distribution a couple years before they bought Columbia Pictures. If the cheesy music score and unmistakably 80s colors don't immediately grab you, the cast list certainly will- we've got legendary singers Frankie Valli AND Sonny Bono playing bad guys, Cousin Oliver himself Robbie Rist, and Olympic runner Carl Lewis! 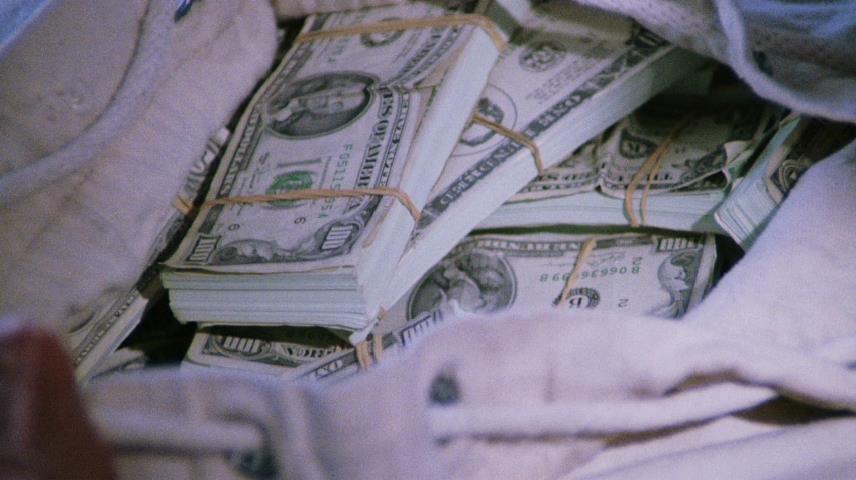 TV mainstay Leigh McCloskey is the star of our show, playing everyman Jay who dreams of a music career but meanwhile has to run to the laundromat next to the Alpha Beta supermarket (tell a friend). It's here where his bag of laundry gets mixed up between one containing drugs and another with a million dollars in cash, which ends up in his trunk with him remaining unaware for a few hours and with no idea why he's suddenly being chased by Valli's henchman Vito (Nicholas Worth). Keeping his headphones on most of the time doesn't help matters either, it's a good thing smart phones hadn't yet been invented or he'd be even more distracted. The bad guys try to take him out during his sound gig at a concert that night, with a generic hair-metal band given the chance to fill this movie's under 80 minute running time. Reporter Trish (Jeanne O'Brien) is also there hoping to get an interview with the band but ends up tagging along with Jay for the rest of the movie while helping him get away. Robbie Rist plays Jay's nerdy neighbor Oscar who also ends up tagging along mostly for comic relief- he saves Jay from Vito by dropping water-filled condoms on him. Carl Lewis plays a slick-looking but not too bright cop tracking the action in an obvious attempt to parody "Miami Vice" which was popular at the time. This is one of those movies that could easily be a complete dud but it's saved by its age and now-dated visuals along with the noteworthy cast who might have just needed a paycheck when signing on. Most of the humor predictably falls flat, relying mostly on the bad guys' ineptitude but Robbie Rist really seems to be trying- he should have gotten a few more roles in similar movies after this. 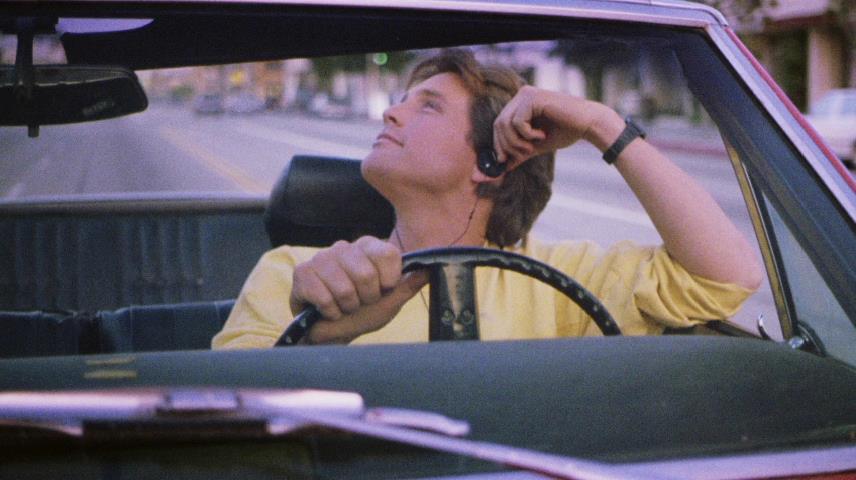 The picture is very clean with bright colors, likely never intended to look as good as it does here. It's framed at full 1.78, with a few lights and boom mics visible at the top of the screen at times which might have been hidden if properly framed at 1.85. Focus seems just a tad soft, but likely appears far sharper than it did on VHS.

The mono audio track is encoded in 2-channel uncompressed PCM, which I always applaud the use of. Sadly it can't save the source material's deficiencies, mainly the distorted "S's" in dialogue. Most movies, even low-budget ones, were being produced in stereo by 1987 but as they say it is what it is. Hearing-impaired subtitles are included. 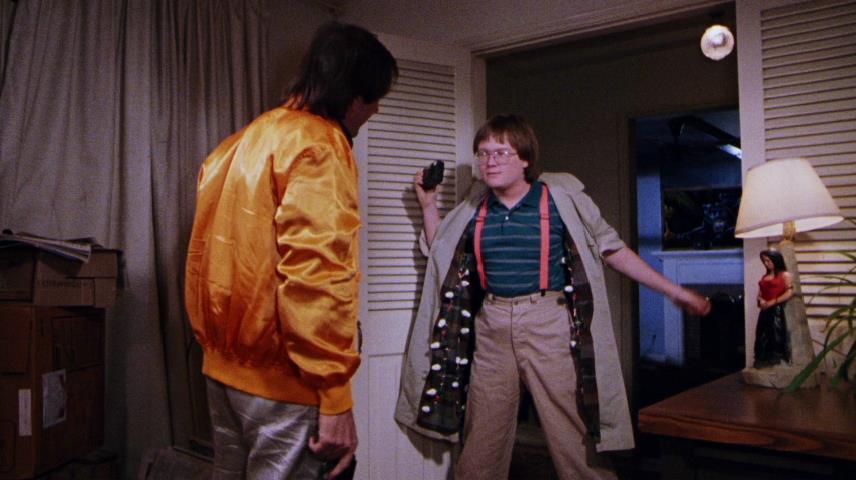 If on first viewing you come out of this movie less than impressed, you might change your tune a bit after hearing the commentary track by a group called "Hack the Movies" which I hadn't heard of before but has a decent online presence. This track is a bit odd as none of them have actually seen the movie before, and talking through it isn't really the best way to view it. They provide some good laughs here though, making fun of the low-budget production, the era and speculating how some of the cast members ended up in it. They seem to be watching with a low volume level but with the subtitles on, and laugh at how those are done also. By the end they seem to feel that Dirty Laundry is an underappreciated classic with some genuinely entertaining moments, even pointing out a few gags that possibly inspired later more well-known films.

Also included are two interview segments, each running about 30 minutes- one with Leigh McCloskey and another misspelled on the menu as "Arobbie Rist". Both of them talk about their acting careers in general, and some YouTube-quality clips and stills are interspersed. Rounding out the extras are a few trailers that appear to have been done recently on video by the current rightsholders: Dirty Laundry, Jack Frost 2, Final Justice, The Go-Go Boys (another documentary about Cannon Films) and Liar's Moon. 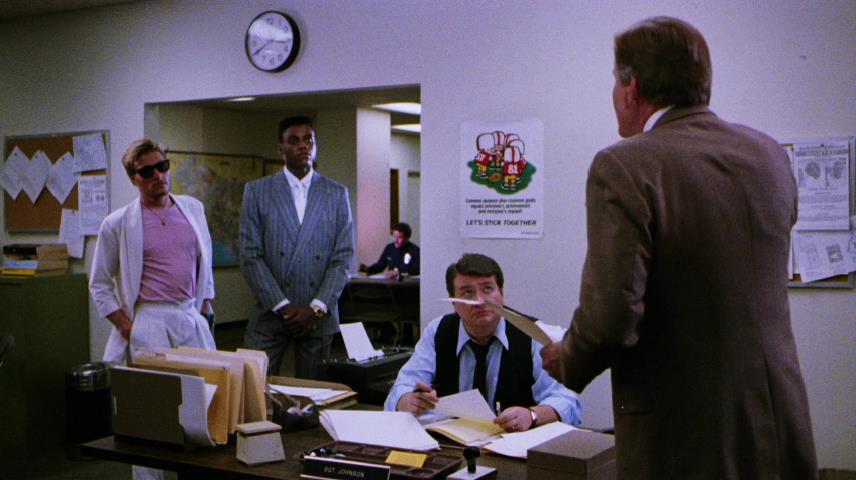 It's honorable that Dirty Laundry has gotten a Blu-Ray release after being a VHS exclusive until now. It's just the right time for the dated 80s atmosphere to be appreciated for what it is, and while not exactly a comic masterpiece the cast mostly makes it work. The commentary track is entertaining in its own right also. If nothing else, there are far worse ways to spend 80 minutes.