This is one I should have liked more, since it deals with video equipment and an obscure piece of TV history. In 1987, the airwaves of Chicago were briefly hijacked by a prankster wearing a Max Headroom mask. He managed to override the signals feeding the TV transmitters and first broke into a local newscast for just a few seconds, but the alert engineers saw it right away and were able to restore the signal. He then tried the city's PBS station, which didn't have as many technical people on duty, and was able to override an episode of "Doctor Who" for more than a minute. His audio signal wasn't too clear so nobody's sure what he was saying other than some possibly rude comments about local TV personalities. This was before the internet but the incident made the national news. The FCC looked into it but to this day the perpetrator has not been identified. He wisely never made any further attempts at this, and there were never any similar occurrences elsewhere from then until the discontinuation of analog TV. Broadcast Signal Intrusion is obviously inspired by that incident however which continues to be remembered. 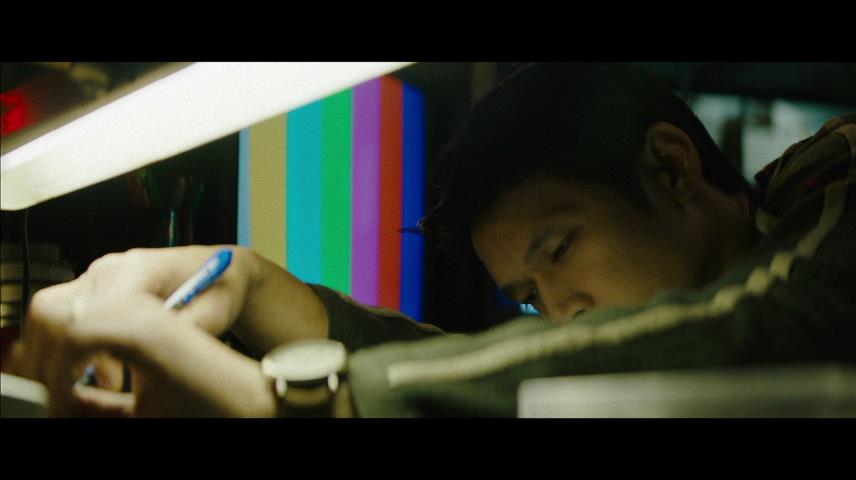 Taking place in Chicago in 1999, Harry Shum Jr. is James, who works various video-related jobs. Here he's been given an assignment of transferring some videotapes of old newscasts to recordable DVD. Unfortunately this is where the movie shows its lack of attention to detail within its first minutes- consumer DVD recorders and blank discs as shown here did not exist in 1999. Overlooking that, the setup is rather strange as he does this late at night, alone in a vault where he's left written notes about what he's supposed to do, and is later fired by such a note. He sees a strange break-in on one of the tapes, of a creepy figure wearing a mask of a fictional sitcom character (a robot housewife) speaking gibberish, obviously inspired by the real-life Max Headroom prankster. Rather than laughing though, he's more haunted and starts obsessively researching it- though being an enthusiast it seems rather odd that he wouldn't have already heard of it when it first happened. The narrative style is a bit unconventional, not bothering to tell us every detail. Harry dreams about his wife who apparently went missing a few years ago, but there's practically no further details about that. Part of his obsession over the broadcast pirate though is the realization that other women had gone missing on the same days as the on-air break-ins.

After being fired from his archiving job for not getting enough work done, he sets out on a bizarre quest to find out who was responsible for the hijackings. He encounters some odd characters along the way including an incoherent vagrant who spontaneously slits his own throat, and even meets a girl in a bar named Alice (Kelley Mack) who is also intrigued by his quest and insists on being allowed to tag along- but then suddenly splits with no explanation. It was around this point that I also just got fed up with the movie and hoped it would end soon. I had enjoyed the first few minutes, even giving the whole recordable DVD inaccuracy a pass, but I just couldn't buy into how obsessed the main character got with the whole thing and there were too many details (like the missing wife) that didn't get enough explanation. Besides, it seems the actual "broadcast intrusions" were meant to be genuinely scary but I just found them silly- have a look here for yourself: 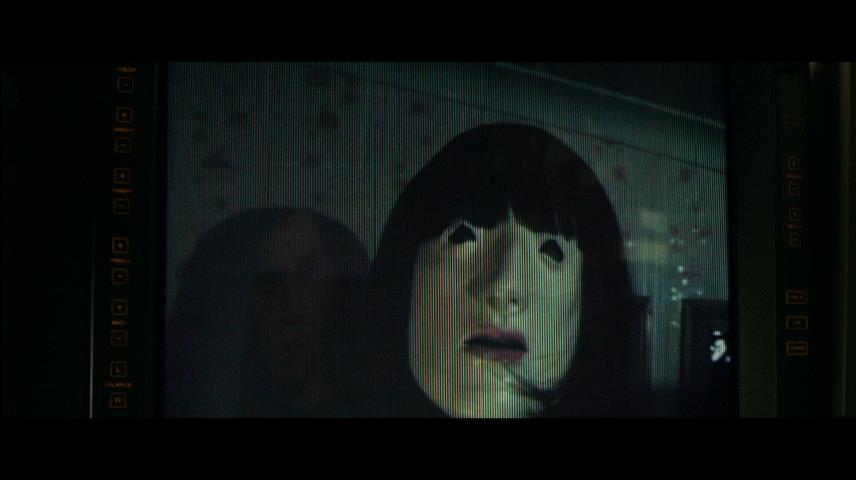 Quite a few movies about video and TV have been shot in a 2.35 ratio and it's usually quite comical. Not much technical info was available but in the commentary track director Jacob Gentry states that he shot this in true anamorphic with the accompanying distortions of things like lights in the background. Most of the movie is appropriately dark with intentionally drab color, the Blu-Ray presents this accurately with no obvious compression artifacts. The 5.1 audio mix in DTS Master Audio doesn't do much with the surrounds, but the background sounds in the front channels often have an odd phasing effect that places the sounds farther away from the speakers, and also gives an interesting yet likely unintentional effect in the height speakers if you're equipped with those and keep the "DTS:X" decoding enabled. There's a second audio track in 2-channel PCM (I don't know why more Blu-Rays don't include multichannel PCM tracks as many early ones did) with a plainer soundstage, and hearing-impaired subtitles are included which help in trying to make sense of the story. 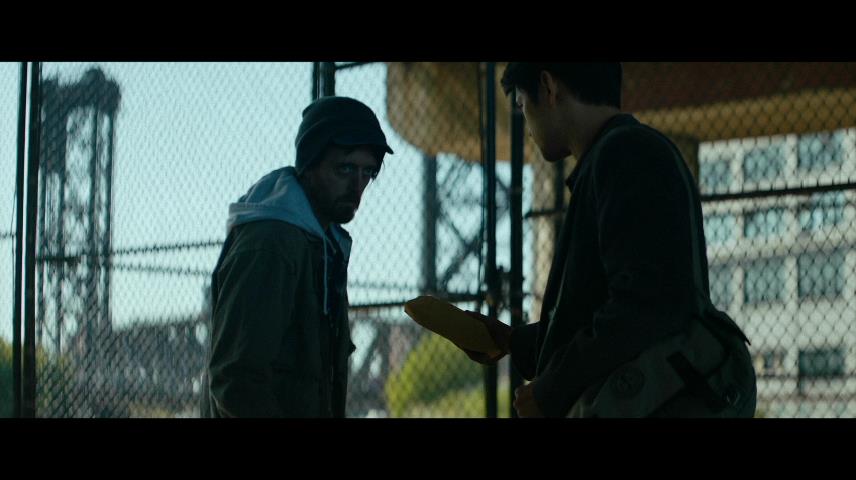 Director Jacob Gentry and actor Harry Shum Jr. provide a commentary track which is somewhat interesting- the Max Headroom incident is acknowledged as an influence as well as movies like Blow Out and Klute which Gentry regards as one of his favorite movies. The movie's trailer is included as an extra, and the disc opens with trailers (with the Menu button enabled if you don't want to watch them) for Night Drive, Blood Conscious and Coming Home in the Dark. 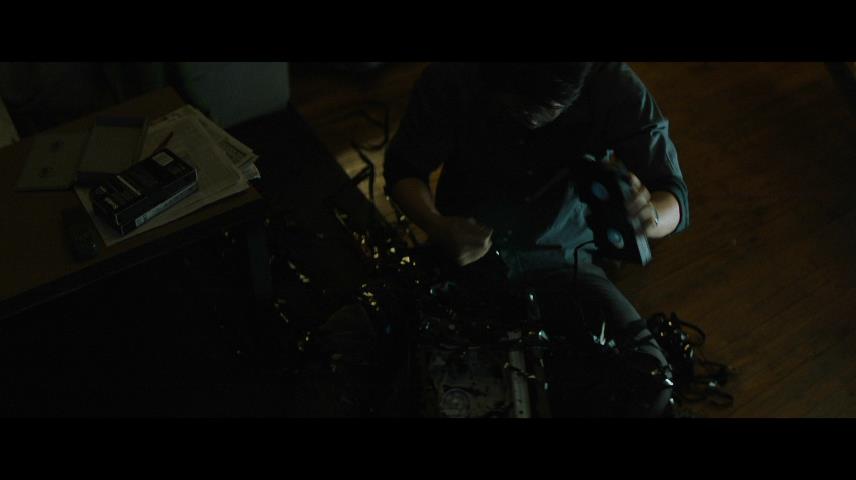 Again, this is a movie that I should have liked a lot more- perhaps I already knew too much about the real-life events that inspired it, which were done likely just as a humorous prank, to buy into the idea that they could have instead had sinister intentions. I was also a bit annoyed by the frequent feeling that there were details essential to the storyline that were being left out whether or not on purpose. It's a decent enough effort however worth checking out at least once, and just maybe you'll see more in it than I did.