Unknown Man of Shandigor, The 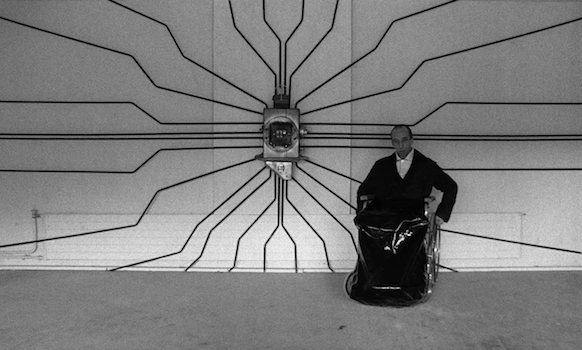 What a treat to discover the new Blu-ray shingle Deaf Crocodile (represented by OCN distribution). The company is headed up by some of the key players from the late, great Cinelicious Pictures, who gifted the world outstanding releases of Gangs of Wasseypur and Belladonna of Sadness. The company's new Blu-ray release is similarly an arty genre gem that is strange and beautiful in equal measure.

The Unknown Man of Shandigor is a stylish 1967 French-language riff on Eurospy films from Swiss director Jean-Louis Roy. Like Jean-Luc Godard's twisted crime story Alphaville, this film is not easily pinned down. It's sort of pastiche, it's sort of parody, it's sort of darkly funny, it's sort of unnervingly horrifying. To call it a "spy movie," is basically true, but it's also woefully inaccurate in capturing the experimental/existential/pop-art attitude of Shandigor.

Daniel Emilfork, who later played the memorably creepy Krank in Jeunet and Caro's City of Lost Children, here plays wheelchair-bound scientist Herbert von Krantz. von Krantz has discovered a formula to neuter nuclear bombs and rob them of their destructive power. Rather than play ball with any potential government or industrial suitors, von Krantz shuts himself away in a fortress of his own construction, with only his daughter Sylvaine (Le Bonheur's Marie-France Boyer) and assistant Yvan (Marcel Imhoff) for company.

In the meanwhile, various spy organizations plot to infiltrate von Krantz's home and steal his "Canceler" formula. French superstar Serge Gainsbourg heads up a crew of bald-headed operatives and contributes a cheeky funeral song, "Bye-Bye, Mister Spy," when one of his men is killed in the line of duty. Howard Vernon (The Awful Dr. Orlof) is an ex-Nazi-turned-American spy whose men are comically headquartered at a bowling alley. Jacques Dufilho (Black and White in Color) is the monocle-wearing Russian chief whose luxurious digs belie the street-level thuggery of his organization. (There are other spy organizations in the hunt as well, but to say much more would start to drift into spoiler territory.)

Sylvaine's desire to reconnect with Manuel (Shadows' Ben Carruthers), a lost love from Shandigor (a fictional land, practically shot in Barcelona near Gaudí's most famous architecture), inspires her to flee the fortress. This decision shatters her father's sense of security and makes him a sitting duck for the spies who want his secret formula.

Director Roy gleefully mixes and matches genres while thumbing his nose at straight-ahead storytelling. Roy wrings some unexpected emotional notes out of this material, but Shandigor's characters and plot pleasantly border on irrelevance. The surreal visual flourishes and high-contrast cinematography of Roger Bimpage pretty much become the main show here. And the flick consistently looks fabulous. Viewers might be able to detect all the divergent strands of visual DNA that make up The Unknown Man of Shandigor, but you haven't actually seen anything like it. 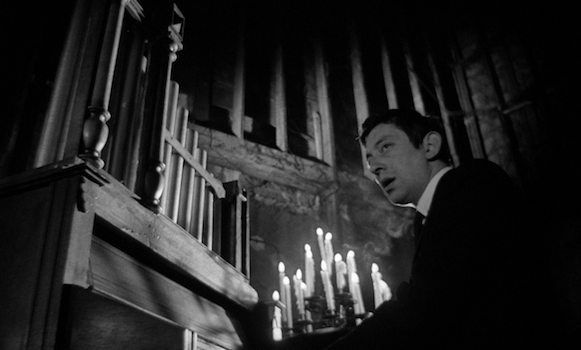 The Blu-ray
The Unknown Man of Shandigor is packaged with a booklet featuring an essay by The Flesh Eaters' Chris D. If you purchase the disc on the Vinegar Syndrome site, it comes with a limited edition embossed slipcover with new art by Tony Stella and Earl Kessler Jr.

The Audio:
The French LPCM mono audio (with optional English subtitles) is similarly well-preserved and restored. Some "S"s were a little sizzly on my system, but it's an infrequent issue. Dialogue and effects are cleanly delineated, and the music is supported well. There is also a subtitle option to only have English titles visible to delineate the different "chapters" (not disc chapters) of the story.

Final Thoughts:
Incredibly stylish and strange. The Unknown Man of Shandigor is a blend of playful genre parody and moody arthouse experimentation that is already one of the most exciting rediscoveries of the year. High-brow and low-brow snobs both need this in their collections. Highly Recommended. 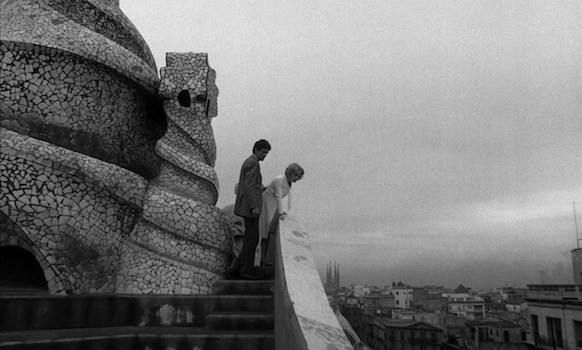