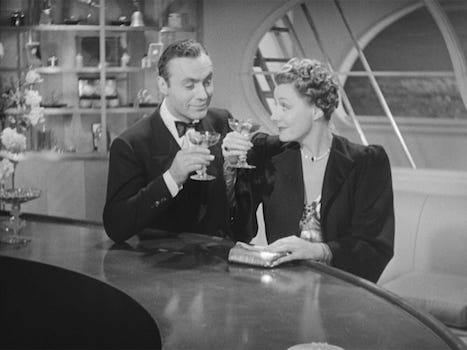 Leo McCarey's 1939 romance Love Affair has been remade almost as often as A Star Is Born, although it is far less well-known than McCarey's own 1957 update, An Affair to Remember. (You know, the one Meg Ryan likes so much in Sleepless in Seattle.) Criterion has rescued the film from dollar-bin ignominy with a new disc that features a stunning new restoration by Lobster Films and MoMA.

Now, this reviewer has seen no version of this story before, not even the Warren Beatty-Annette Bening version from the '90s. (I've seen Sleepless in Seattle, but that's not a real remake.) And I gotta say, this flick is a real gem. Half frothy romantic comedy and half three-hankie weepie, it's admittedly a recipe for disaster on paper. But in the hands of this cast and crew, it's pure movie magic.

McCarey brought back his Oscar-nominated Awful Truth star, Irene Dunne, to play Terry McKay, a nightclub-singer-turned-kept-woman. She meets her match in French playboy Michel Marnay (Charles Boyer), whose high-profile engagement to an heiress brings him little excitement or comfort. When they meet on an ocean liner voyage back to their respective fiancés, Terry and Michel let their mutual attraction override their logic and loyalty. When the ship stops off in Madeira, Michel introduces Terry to his ailing grandmother Janou (Maria Ouspenskaya) -- and the flirtation irrevocably escalates to a romance. Although good taste keeps the couple fairly chaste onscreen, the chemistry between them as they kneel in Janou's chapel or the way Michel looks at Terry as she sings a French aria to accompany Janou's piano tells us all we need to know.

When the ship arrives in New York, we come to the most famous and most repeated plot point in the film: Terry proposes that they meet at the top of the Empire State Building in six months. It's enough time for the two of them to withdraw from their current lives and build new ones to share.

In screen time, the six months elapse fairly quickly -- with Michel starting a fine art career and Terry returning to singing -- because the film's real twist is just around the corner. On the way to meet Michel at their sky-high appointment, Terry is struck down in traffic. She survives, but she becomes wheelchair-bound. She refuses to tell Michel about the accident because she wants to return to him on her own terms, literally standing on her own two feet. With no news from Terry, Michel becomes sullen over the presumed rejection.

I won't say much more about the story, except that the lovers are eventually reunited. In a way, these events are as unlikely as the broadest soap opera, but McCarey and his writers (Delmer Daves, Donald Ogden Stewart, and Mildred Cram) pull off the ending with such unexpected simplicity and elegance that one can only witness it in awe.

Love Affair perfectly marries director McCarey's adeptness with sharp-tongued comedy (The Awful Truth) and unflinching sentimentality (Make Way for Tomorrow), and his cast more than ably keeps up. Irene Dunne particularly navigates the switch from cynical banter to wistful sadness with admirable and appealing dexterity. Charles Boyer is an undeniable heart throb, whether wooing or wounded.

I'm interested now to see how McCarey tackled this material the second time in An Affair to Remember -- with his other star from The Awful Truth. However, something tells me it won't hit me quite as hard as the original. 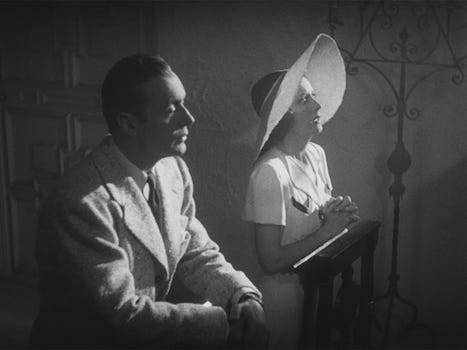 The Blu-ray
Love Affair comes packaged with a fold-out featuring an essay by Megan McGurk.

The Video:
The AVC-encoded 1080p 1.37:1 presentation is just light-years beyond the dupey public domain masters that have been circulating for decades on this film. Excellent detail and nuanced contrast. Little in the way of noticeable dirt and damage, and the texture is filmic with well-resolved grain. A few scattered density issues, but nothing to derail the viewing experience.

The Audio:
As with the image, the sound has been beautifully cleaned up. A little sporadic surface noise and hiss, but in general the LPCM mono soundtrack offers surprising fidelity. One subtitle option: English SDH.

(HD, 23:58) - Critic Farran Smith Nehme discusses the careers of director Leo McCarey and the lead actors, as well as the production history of the film.

Final Thoughts:
A long-neglected Hollywood classic gets a gorgeous new restoration. The disc is a little light on bonuses for a Criterion release, but the feature is the star anyway. DVD Talk Collector Series. 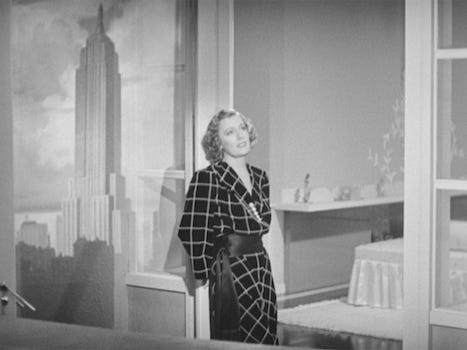