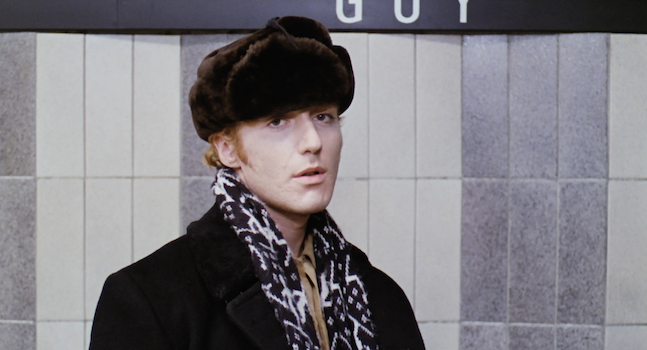 The Ernie Game is a neglected gem of late-'60s Canadian cinema, and the new Blu-ray shingle Canadian International Pictures has made it their debut offering. The disc also includes a generous collection of director Don Owen's short films and documentaries.

The Ernie Game is an unusual character study, a tragicomedy whose settings in cramped, white-walled apartments and on the streets of Montreal suggest the influence of the French New Wave and early New York indies.

Alexis Kanner plays Ernie Turner, a would-be writer recently discharged from a mental hospital. He's on the make for someone to love -- or just something to do. He ends up bouncing back and forth between single mom Donna (Judith Gault) and his ex, Gail (Jackie Burroughs). As he lives his life, Ernie vacillates between childlike playfulness and intense, unresponsive depression. Donna is drawn to Ernie's playful side -- her joyful dance leading Ernie to her bedroom is a striking visual that should have made Godard jealous -- but she can't cope with his possessive dark side. Gail seems to have already seen it all, and yet she can't keep herself from letting Ernie back in to her life.

The success of this movie largely hinges on Kanner's performance. He makes us laugh, he makes us pity him, he makes us afraid for him, and he makes us afraid of him. He gives Ernie all kinds of fascinating layers so that even when the character impulsively does things at the expense of his friends, there's a palpable vulnerability forcing you to still root for the guy. With his unruly red hair and acne-scarred face, Kanner isn't a cookie-cutter leading man. That face, though... jeez. It's so expressive that, coupled with Kanner's pale skin, his performance sometimes suggests a sad Pierrot in a pantomime. A doomed clown.

Late in the film, Ernie comes into possession of a gun and decides to try out armed robbery. Unlike Barbara Loden's Wanda, the film doesn't fully pivot into a crime story. The gun is used to further illustrate Ernie's alienation and detachment from reality, but the eventual "Chekhov's gun" which pops up in the climax isn't a firearm at all: it's a far more ordinary self-destructive tool introduced earlier in the film. (I'll just leave it at that.)

Director Don Owen brings a sensitive eye to the material, which was adapted by Owen from semi-autobiographical stories by Bernard Cole Spencer. I watched this film with a friend, and he commented that the style was kind of "an inverted Cassavetes." Owen and his cast enact realistically traumatic scenes of relationships in turmoil, but rather than letting the characters messily explode, Cassavetes-style, these folks remain composed and quiet -- and repressed. It can be a little wearying for the viewer -- the film's 90-minute runtime feels strangely much longer -- but the whole film is so striking visually and dramatically that sympathetic viewers are eagerly encouraged to give this film a try.

Oh, and one more thing. In the film's one deployment of traditional star power, Canadian troubadour Leonard Cohen is glimpsed performing "The Stranger Song," while strumming his acoustic guitar at a party. Cohen, looking youthful in his thirties, is the rare dude who can pull that move off. 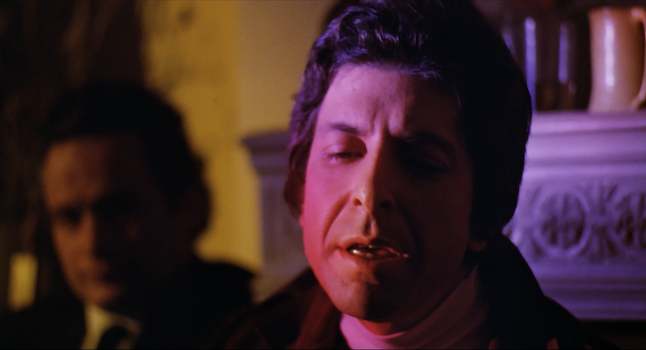 The Blu-ray
The Ernie Game comes with two-sided art, plus a limited-edition illustrated slipcover when you purchase from the Vinegar Syndrome website. A booklet, featuring an essay on the career of Don Owen by Steve Gravestock, is also included.

The Video:
Sourced from a new 2K restoration, this AVC-encoded 1080p 1.85:1 presentation looks great. Although this is a low-key drama, there are plenty of eye-popping colors in characters' wardrobe and in different settings that really come through vividly. Detail is strong, and depth is pretty good, considering the low-budget nature of the film. The texture is filmic, and no major digital compression issues.

The Audio:
The DTS-HD MA 2.0 mono audio track possesses no noticeable defects or flaws. Dialogue is sometimes a little low-key, thanks to the realistic style of the film, but it's always understandable. Effects and music are mixed well and never clutter the soundtrack. Leonard Cohen's performance sounds particularly good, and one wishes for an unbroken take of his living room performance, dug up from somewhere in the Film Board of Canada's vaults.

Special Features:
All of the bonus features are other short films, the majority directed by Don Owen. The films are presented in DTS-HD MA 2.0 audio and offer optional English SDH.

(HD, 13:54) - A 1965 doc portrait of a First Nations iron worker from outside Montreal who is employed on a skyscraper-in-progress in New York City. 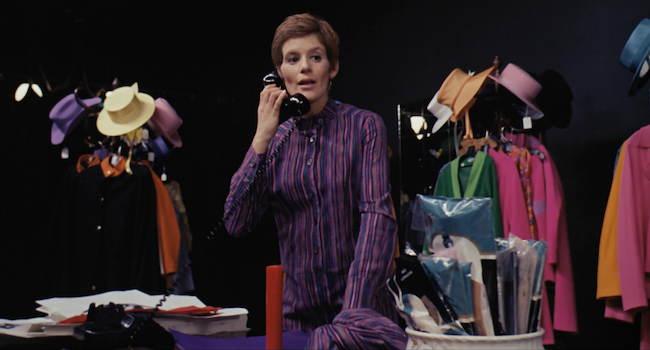