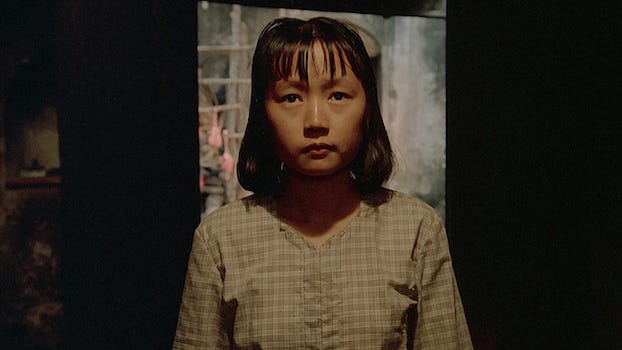 Ann Hui's 1982 film Boat People is considered one of the essential films of the 1980s Hong Kong New Wave. Like the contemporaneous El Norte, Boat People is a refugee story -- albeit one that shows why people flee rather than how.

George Lam stars as a Japanese photojournalist, Akutagawa, who has been invited by government officials to show the world how Vietnam has improved since the Communist takeover. Although he is initially impressed by the smiling, well-behaved orphan children he is shown in a New Economic Zone, Akutagawa gets the sinking feeling that he is being sold a lie.

Thanks to a sympathetic official, Akutagawa is allowed to do some exploring in Da Nang on his own. This is where he meets Cam Nuong (Season Ma), a poor 14-year-old who cares for her younger brothers while her mother is debilitated with grief over the loss of her husband in the war. Cam Nuong's mother doesn't want Akutagawa around for fear of reprisals from the local officials, but Akutagawa senses that this family is the real story he's looking for.

Gradually, Akutagawa witnesses the everyday horrors of life for the youth of Danang: children attempting to pick the pockets of the recently executed, a boy blown up by a buried explosive while scrounging for scrap metal, random raids on public markets in search of able-bodied males. For director Hui, though, her focus seems less on exposing the misdeeds of the Vietnamese -- the officials in the film are detached, self-interested bureaucrats rather than mustache-twirling villains -- and more on tallying the personal cost to people like Cam Nuong.

Future superstar Andy Lau (Infernal Affairs, Shock Wave) plays a teen who is sent to a New Economic Zone, which is a forced labor camp in all but name. Many of the young men are tasked with landmine removal, and many fatal mishaps occur. Lau's character tries to use his black market contacts to score a boat trip for him and his friend out of the country, but the film fatalistically suggests that surviving long enough to get on the boat will be tough enough.

Boat People blends naturalism and melodrama pretty seamlessly, giving us the sense that we're watching an honest story even if Hui and her cinematographers' visual style never pretends to be documentary. It helps that the film keeps its drama human-scaled, rooted in experiences that Hui took from interviews with Vietnamese refugees in Hong Kong. Season Ma's performance as Cam Nuong is particularly magnetic, unmannered but not exactly raw -- you can see Cam Nuong at the weird precipice of adulthood while still possessing a childlike giddiness. Sadly, the film catalogues the many ways in which her horrific circumstances conspire to snuff out that giddiness, and it ends on a note that is ambiguously hopeful and wary. 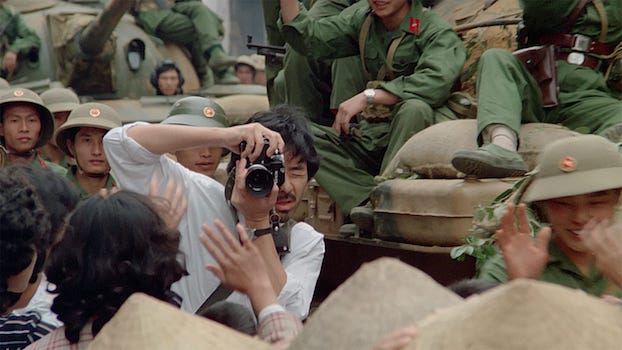 The Blu-ray
Boat People is packaged with a booklet featuring essays by Justin Chang and Vinh Nguyen.

The Video:
Sourced from a new 4K restoration, this AVC-encoded 1080p 1.85:1 presentation is excellent with a rich, filmic texture and strong colors. Excellent detail and nuance in the shadows.

The Audio:
The Cantonese (with Japanese, Vietnamese, French, and English) LPCM mono audio shows in-born limitations. While the restoration is clean and clear, the track itself is a bit brittle and flat. Some good ambience and dialogue is clear, though. The optional English subtitles cover all the dialogue except the little bits of English.

(HD, 26:58) - Director Hui discusses the making of the film with Kwan, her then-assistant-director who later directed films like Center Stage. They talk about the unusually long pre-production, the experience on set, and the politically charged reactions to the finished product. They also discuss their working relationship, and the significant changes in Hong Kong film production that make it harder for filmmakers today to make multiple films.

Final Thoughts:
Ann Hui's brings the humanism of Italian neorealism to the horrors of post-war Vietnam. The lengthy supplements do a nice job of placing Hui in context for the unfamiliar western cinephile, deepening the viewing experience. Highly Recommended. 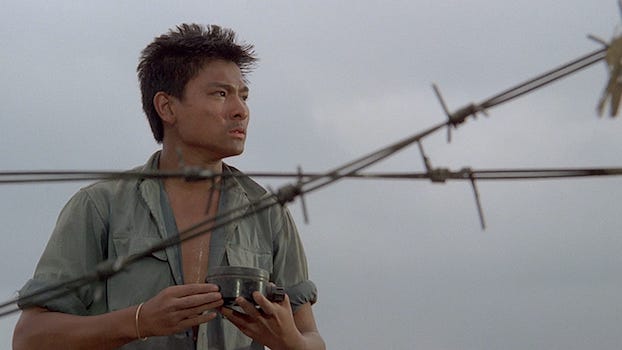