Upon first hearing the title of this release, I got a little bit too excited- 1977's ABBA: The Movie is the only other time I've known of when a band put out a film with its name and "The Movie", and ABBA's release was a great semi-fictional time-capsule of their heyday. Alas, this one featuring Norway's A-Ha, known mostly for the inescapable 1985 hit "Take on Me" but putting out several more brilliant records that didn't get the attention they deserved, is a rather straightforward documentary which traces their origins and gives us a look at what they've been up to lately. Despite disbanding a few times and even having a formal "break-up" in 2010, they have managed to re-form and continue touring. One of the first things we learn here is that the three members have conflicting views on recording any new songs. As a music fan with no talent of my own, I've often felt sorry for those who have spent decades performing the old songs they've been known for over and over but I guess some actually enjoy that. 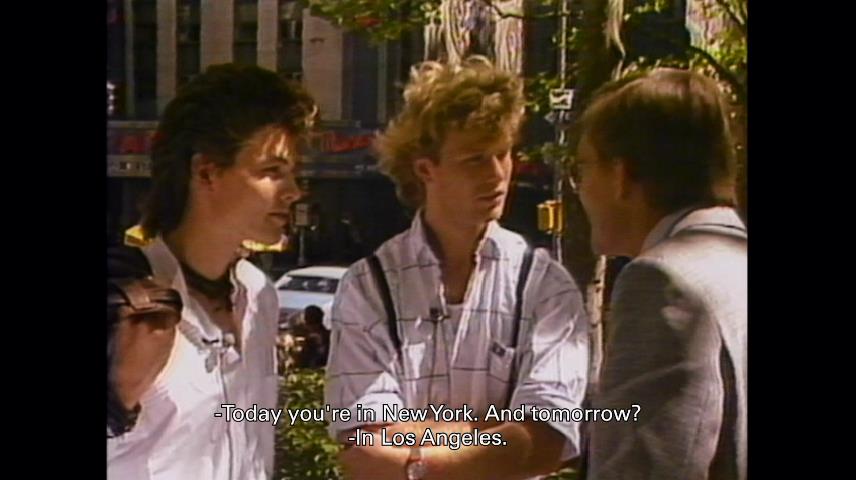 After verifying that as of shooting the band is still touring yet at odds about recording any new songs, we go back to Oslo in 1974 where Paul Waaktarr-Savoy and Magne Furuholmen start playing music together in grade school. By the late 70s they are in a local band called Bridges, of which future a-ha lead singer Morten Harket is a fan. One night after a show he ends up walking home with Magne and they discuss music. Later on Paul and Magne aspire for bigger things and so they leave their band and head to London- unfortunately that "went nowhere" so they returned home and recruited Morten who then joined them. Although it took a while, they eventually got a record contract with Warner Bros. and then had more than a year to put their first album together. I was surprised to learn that "Take on Me" was first released in late 1984 in a version sounding much different than the one we all know (just a few seconds are heard here but you can hear all of it in the "Deluxe Edition" reissue of "Hunting High and Low") along with a video that was also different- it fared rather poorly but the band then met a new producer who was sure he could polish it up a bit and make it into a big hit, also shooting an elaborate new video with director Steve Barron that included some unique animation, which bits of this documentary attempt to recreate in some of the archival footage (having people turn into pencil-drawn figures.)

I've always felt the entire "Hunting High and Low" album was brilliant with hardly a skippable track on it, but at least in the US "Take on Me" got most of the attention and being criminally overplayed on the radio to this very day, with the other songs hardly acknowledged. Morten ended up crafting the band's image, as the other two members found they didn't really care how they looked even when famous. Their follow-up album "Scoundrel Days" which is also very good was started while on their first world tour- on this album they took a few more chances. Like many documentaries about bands, this is where the viewers are taken to their high point and then start to witness their descent- they insisted on "Manhattan Skyline" being released as a single (and is one of my favorite tracks) but said they "lost the US" as a result of it. They carried on after that but were never as successful as they were in the beginning, with some albums selling very poorly. It's here that the movie emphasizes that the band members didn't want to compromise their sound for the sake of commercial success, but also have often had disagreements amongst each other. In some cases their relationship has turned more business-related than as a friendship- the band has even split up a few times even doing a formal "Final Tour" in 2010 (which was released on Blu-Ray), but so far have managed to come back together after a while. Their photographer remarks that there have been times where he's had to make them look good in photos, but it's been clear to him that they often don't really want to be together during the shoot.

While a-ha is certainly deserving of a documentary, it isn't clear what motivated director Thomas Robsahm to make it at the time he did. The segments chronicling the band's inception are great with vintage photos and a few clips of their early music, but the depiction of the more recent years is rather dry. It's important to note that while a-ha's songs have been in English, all three members seem to prefer speaking Norwegian as they do in all interview segments here, which are shown with hard-coded English subtitles. They still rehearse and play their older songs, apparently without being tired of them. A few of their more recent songs are highlighted here but only briefly; the documentary does not even once allow an entire song to play through. 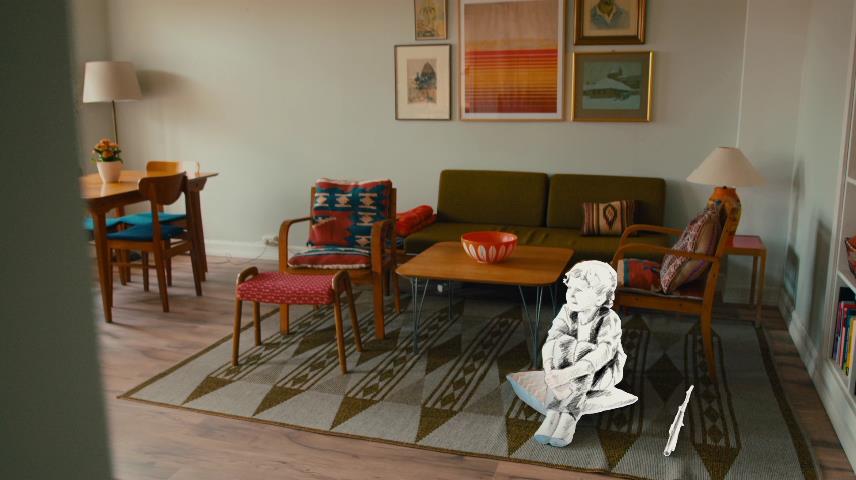 The new footage here was shot digitally at 24 frames per second, which I've never been a fan of for documentaries but the overall picture quality is good with no obvious artifacts from the source material or disc authoring. The older video footage is of course downgraded to the lower frame rate as well, another pet peeve of mine. The 5.1 audio mix (in DTS Master Audio) is rather simple, spreading the music to the front 3 channels and LFE but not using the surrounds much. A second 2-channel track in uncompressed PCM is also included which sounds even more basic. 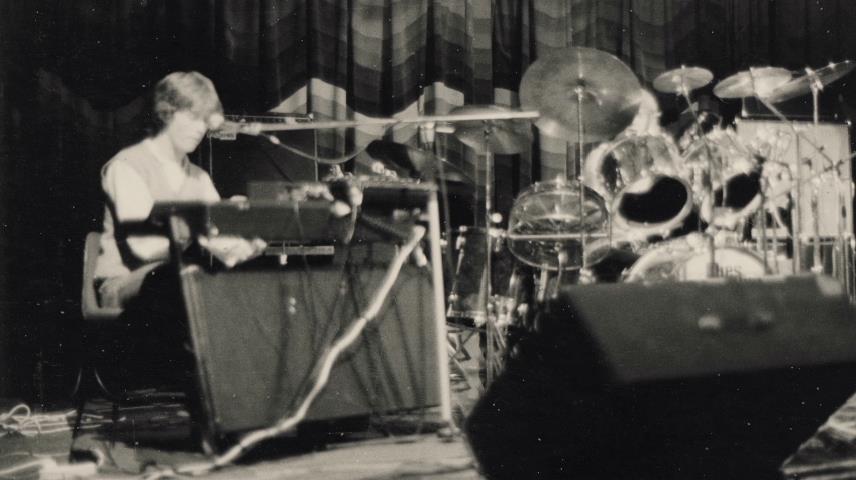 The only extras are three short clips that weren't included in the final product, but they're rather interesting- the first has Magne talking to director Thomas (in Norwegian, this time with optional English subs) explaining that his "only chance of creating something of value here is by ignoring what we think of it- if you have to satisfy everyone's ego, you're going to make the world's worst film." This is quite true, as while the movie does slog a bit in its later segments that's at least better than any attempt to make things look better and depict a-ha as being continuously flawless. Another clip is titled "Paul Isn't Feeling It" where he stops playing during a rehearsal of the song "Hunting High and Low", again making me wonder how artists in general feel about playing songs repeatedly for decades. Finally we see the members of the band Bridges reuniting for the first time since the early 80s- they had recorded an album then but it hadn't been released until recently, and they gather to autograph a few covers. 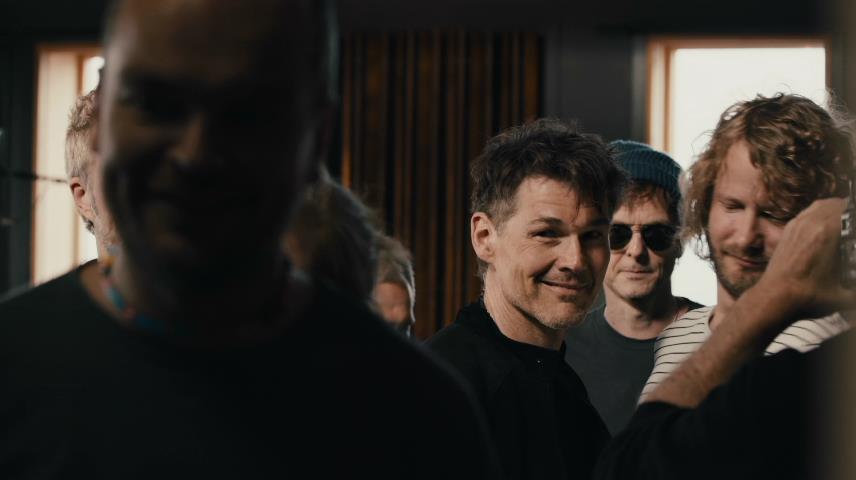 There are some music documentaries that ‘sell' the featured artists well enough on their own, but sadly this isn't one of them. Long-time fans of a-ha who know that they've done a lot more besides "Take on Me" will appreciate it, but those who only know them for that song will likely find it hard for this to hold their interest. Including more of their actual music at least as bonus material would have made this a much more noteworthy release; separate Blu-Rays of their "final" 2010 tour and MTV Unplugged session from 2019 are available but seem to be hard to find at least in the US.