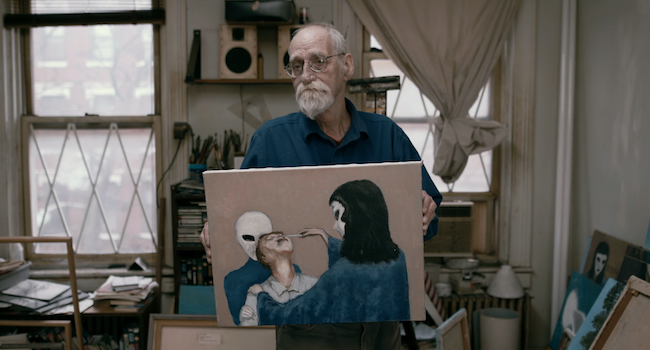 David Huggins says that he has had over one hundred alien encounters in his life. He lost his virginity to a beautiful female alien, fathered dozens of alien-human children, and continues to be visited by aliens in his seventies. The 2017 documentary Love and Saucers lets Huggins tell his story in his own words, offering ammunition for skeptics without undermining what Huggins says.

Huggins has created over one hundred paintings about his various encounters with the aliens and, along with his verbal recollections, these images help form the backbone of Love and Saucers. There's something raw about the work, which is often highly sexualized and sometimes resembles the covers of classic sci-fi paperbacks. That rawness speaks to the trauma that inspired them. Director Brad Abrahams leaves it ambiguous whether that trauma stems from actual encounters with aliens or less otherwordly events in Huggins's past. Huggins's monologue in the film includes memories of a tempestuous home life as a kid. Later, we are told about behavior from his college days that might be read as symptomatic of mental illness. Yet Abrahams seems unwilling to jump to conclusions about these revelations, offering space for viewers to shape their own picture of Huggins.

The overall impression we get of Huggins is that he leads an unassuming life and is mostly surrounded by people who are either supportive of him or who don't feel like making a fuss about disagreeing with him. (His ex-wife, it is noted onscreen, refused to be interview for the documentary.)

This is a fairly simple and short film, but it's quietly evocative about the coping mechanisms of traumatized people, about the therapeutic power of art and narrative, and about the value of finding community for people who feel marginalized. It's also a compellingly mounted character study with a charismatic oddball at its center. I was bowled over by this film. I highly recommend it. 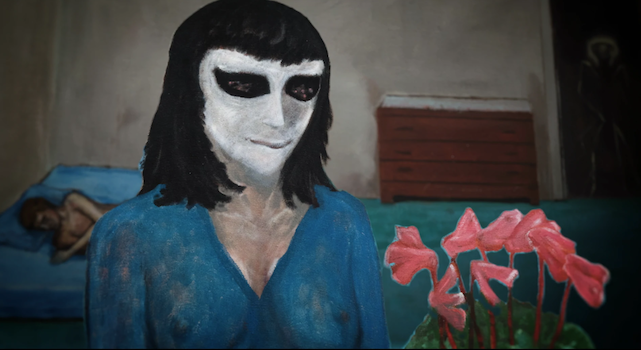 The Blu-ray
Love and Saucers is packaged with two-sided art. A limited edition version with an embossed slipcover is currently available exclusively from the Vinegar Syndrome website.

The Video:
The AVC-encoded 1080p 1.78:1 presentation nicely translates the imagery of this low-budget doc to home video. Most of the footage has a desaturated look, but typically has strong detail and contrast. David Huggins's paintings are boldly presented, sometimes with subtle animated elements to add depth.

The Audio:
The DTS-HD MA 5.1 surround is effective and clear -- especially for a doc -- but not particularly showy. One subtitle option: English SDH.

Special Features:
(An "isolated soundtrack" is noted on the packaging but does not appear to have been included as an option on the disc.)

Final Thoughts:
Love and Saucers is a documentary about extraterrestrial encounters that is also quietly about the power of storytelling and art to overcome devastating traumas. David Huggins is a disarming and compelling subject whose stories will trigger countless questions in the minds of viewers. It's a simple but potent film, and Terror Vision's Blu-ray is generously supplemented with nearly five hours of bonuses. The whole package comes Highly Recommended. 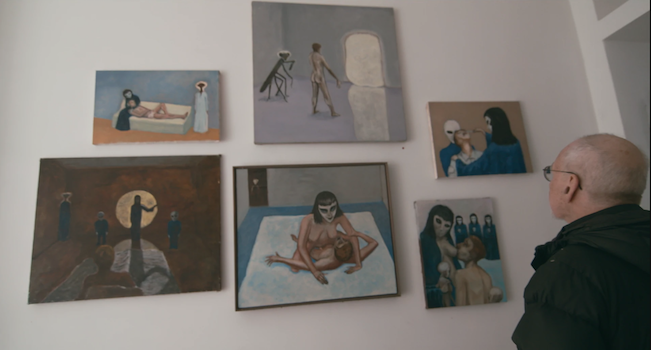