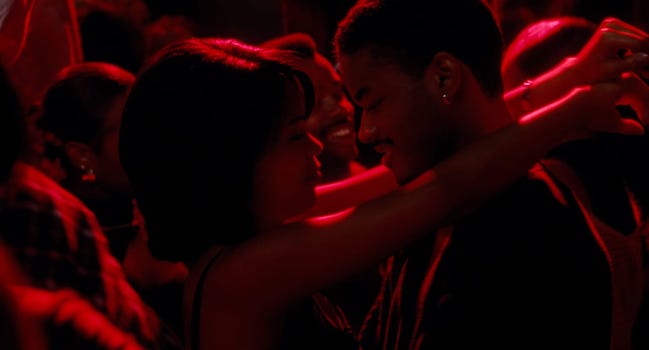 The 1997 romance Love Jones occupies a unique cultural space, especially for African-American viewers. Far from a box office success upon release, it nonetheless has lived on as a perennial classic, with an accompanying soundtrack album that is as beloved as the film. At the time it hit theaters, Love Jones stood out as a '90s Black film that wasn't about crime or violence, and didn't prominently feature somebody tragically dying. (Hell, even the '90s stoner classic Friday has a bizarre amount of dramatic violence for a mostly breezy comedy.) A portrait of middle-class bohemia on the south side of Chicago, Love Jones has a shaggy hang-out vibe that is enticing enough to make up for its fairly familiar plotting.

The cast is perfect. Larenz Tate, then fresh off Menace II Society and Dead Presidents, displays unexpected vulnerability as Darius, a poet and would-be novelist who fancies himself a Casanova. Nia Long definitively stakes her claim as a leading lady, playing Nina, a gifted photographer frequently thwarted both professionally and in love.

Darius and Nina's chemistry is pretty undeniable, but this is a movie, so they spend a fair amount of time denying it. Worse, they sense the depth of their love for each other but refuse to admit they each might have found "the one." Miscalculations and misunderstandings push them apart. Writer-director Theodore Witcher keeps Darius and Nina's relationship grounded, but can't resist a few Hollywood-style touches throughout the telling of their story. At one point, Darius chases Nina through a train station to stop her from leaving town. At another point, they kiss romantically in the rain.

That casting perfection I previously mentioned extends to the supporting ensemble as well. Isaiah Washington plays a married pseudo-big-brother to Darius whose authoritative attitude belies some emotional blind spots. Lisa Nicole Carson is Nina's best friend whose reactions to the goings-on between the two leads provide some of the film's best comic relief. Speaking of comics, Bill Bellamy offers some charmingly goofy competition for Nina's affection. Leonard Roberts and Bernadette L. Clarke round out the circle of friends who are frequently seen chatting and philosophizing about life and love and the battle of the sexes.

The specificity of the Chicago setting and the plush style that Witcher and his crew employ both speak to why Love Jones continues to resonate with viewers. It doesn't quite look or feel like any other movies of the time, and yet it seems to perfectly encapsulate that specific mid-'90s pop culture moment. Were we ever so young and beautiful as Larenz Tate and Nia Long are in this movie? *sigh........* 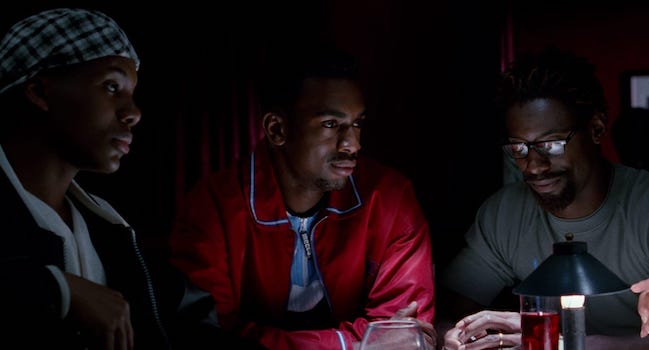 The Blu-ray
Love Jones is packaged with a fold-out featuring an essay by Danielle Amir Jackson.

The Video:
Sourced from a 4K restoration, this AVC-encoded 1.85:1 presentation represents the best Love Jones has looked on home video. Witcher mentions on the disc that New Line previously created an HD master without consulting him and he hated it. This version is moody and contrasty with rich colors.

The Audio:
The DTS-HD MA 5.1 surround soundtrack is nicely immersive for a film of this age. The many needle drops sound good, especially when they are presented diegetically, mixed realistically within the soundstage. One subtitle option: English SDH.

- A newly recorded track that is chock full of production anecdotes and reflection upon the first-time feature-directing experience.


Final Thoughts:
Criterion's run of outstanding discs for New Line Cinema's modern Black classics (see also: Deep Cover and Love and Basketball) continues with this classy tale of twentysomething romance. Now I quietly hope for the announcement of an F. Gary Gray/New Line flick (or two) joining the Criterion Collection, but my verdict on this disc is: Highly Recommended. 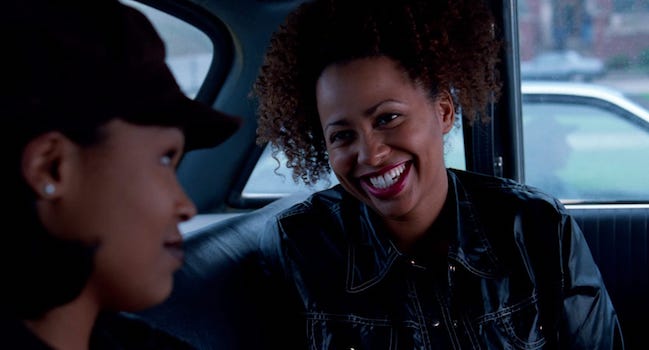