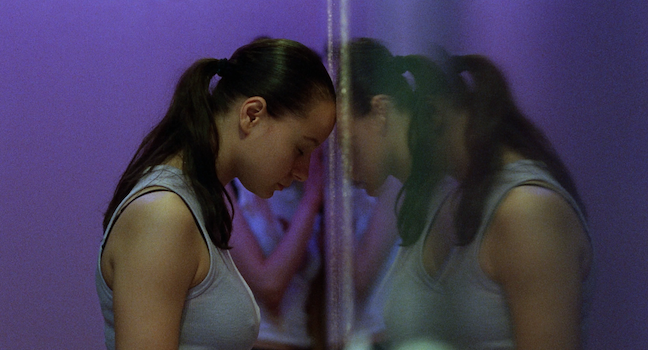 Morvern Callar, Lynne Ramsay's 2002 follow-up to her poetic debut Ratcatcher, cemented her reputation as a filmmaker to watch. Years of tangling with the Hollywood machine have led to a number of unrealized projects or films that wound up coming to the screen in the care of other directors. Lynne Ramsay's name has only appeared on two other (brilliant and idiosyncratic) feature films in the past two decades. In 2022, she's still a filmmaker to watch, even if the roar of buzz that initally accompanied the release of Morvern Callar has transformed into the murmurs of an excited cult.

Fun City Editions' new Blu-ray of Morvern Callar will hopefully go a long way toward growing that cult and keeping the film on the tip of people's brains. Of course, for we who saw Morvern Callar during its initial release, there are dozens of images and sounds from the flick that have never left us.

Like that opening scene. Morvern (Samantha Morton) caresses the body of her lover. The scene is lit obliquely by the on-and-off wash of color from a small flashing Christmas tree. Gradually we see the wounds on his body and the blood pooled around it, as Morvern caresses him. He has committed suicide.

The film, then, is an exploration of grief, but a wildly uncommon one. For a while, Morvern seems to ignore her lover's death. She leaves the body where it is for days, goes out for Christmas drinking with her mate Lanna (Kathleen McDermott), and even scampers over the body to get in and out of her kitchen. Samantha Morton's performance is raw and enigmatic. She reads as open and closed at the same time, full of emotion and oddly detached.

Ramsay and her co-screenwriter Liana Dognini eschew the stream-of-consciousness monologue from Alan Warner's first-person source novel. Instead, they place us into Morvern's head through sensually heightened imagery that reads as subjective, even without resorting to a point-of-view shot. This is complimented by a precisely designed soundtrack that can intensify the emotion and sensuality or ironically comment on it.

Along with his rotting corpse, Morvern's lover left behind his novel with instructions on how to get it to publishers. Also, a mixtape. In a move that the film never tries to fully explain, Morvern puts her name on the manuscript before sending it out. Instead of becoming a posthumous magnum opus if and when it sells, the book becomes a potential lifeline for Morvern to escape life as a supermarket checkout clerk.

The next steps that Morvern undertakes could be read as the cold calculation of a sociopath, but Morton's performance never quite communicates malice. There's more of a sense of youthful naivete and impulsiveness. She uses the money her boyfriend left behind to take Lanna on a trip to Spain. The hedonistic urge to obliterate her trauma with partying and sex doesn't really pay off for Morvern. She turns the trip into a kind of vision quest, while the utterly baffled Lanna wishes to just hang out with the other English speakers doing dumb spring break stuff.

One of the key images encapsulating Morvern's character comes near the end of the film. Morvern walks in a stupor in the middle of a crowded, strobing, color-drenched dancefloor, wearing a Walkman. We don't hear the pounding dance music of the rave. Instead, it's just the melancholy music of her lover's mixtape in her ears: The Mamas and the Papas' version of "Dedicated to the One I Love." She is alienated from her surroundings, but she transcends them too.

Thanks to that mixtape, the soundtrack is filled with a hip mix of tunes by the likes of Stereolab, Lee Hazlewood, Can, and plenty others. The Velvet Underground's childlike "I'm Sticking With You" is deployed in one of the most memorably black-comic juxtapositions of picture and sound I've ever witnessed. 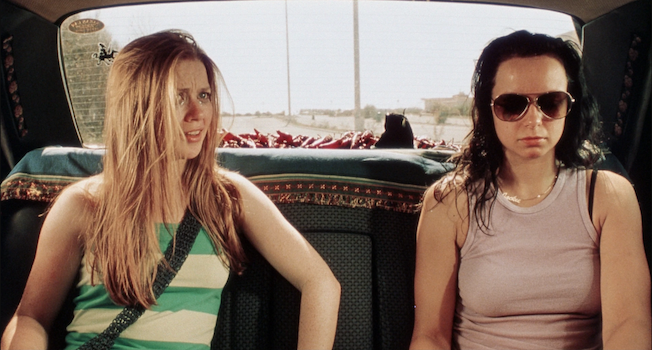 The Video:
It has been nearly two decades since the Palm Pictures DVD and this film has sorely been in need of a visual upgrade. Based on a 2K scan of the 35mm interpositive, this AVC-encoded 1080p 1.85:1 presentation is just what the doctor ordered. Crisp detail, but with gritty-looking film grain -- especially in the first half -- the richness and sensual texture of the film is perfectly translated. Certain moments are color-timed less starkly than on the old DVD, but the color palette still feels markedly cool in Scotland and warmer in Spain. Party scenes offer blasts of dramatic color in both halves of the film.

The Audio:
A great DTS-HD MA 5.1 surround mix that highlights the creativity of director Ramsay and her sound design crew in creating the emotional and psychic landscape through the use of ambience and source music cues. This isn't a conventional soundtrack -- although it is less abrasive and disjointed than in her more recent film, You Were Never Really Here. It's often pretty subtle, which makes a sudden blast of music during a rave scene late in the film particularly powerful. Dialogue is sometimes hard to parse, thanks to the Scottish accents and overlapping conversations, but the English SDH track seems to do a fairly accurate job transcribing what is said.

- The critic team who later spoke over Fun City's Bilitis presentation are unambiguously much more enthusiastic about Lynne Ramsay and her work here. A lot of awe, appreciation, and dissection here, but also plenty of research into the bios of the principals and the making of the film.

Final Thoughts:
Morvern Callar is one of the great films of the 2000's (the decade, sure, but the millennium also). Samantha Morton's performance is multilayered and mesmerizing, even when it's maddeningly opaque. As they often do, Fun City Editions has provided the world a great service by bringing this neglected masterpiece to Blu-ray. DVD Talk Collector Series. 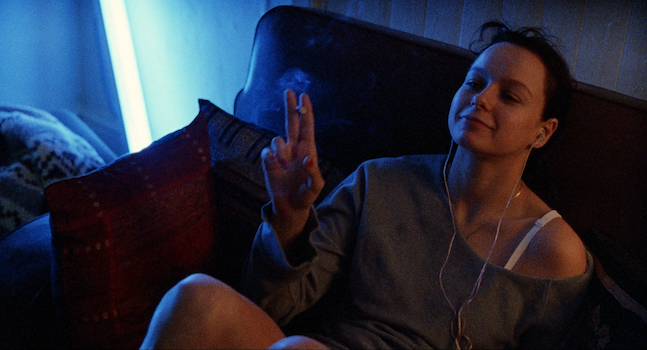