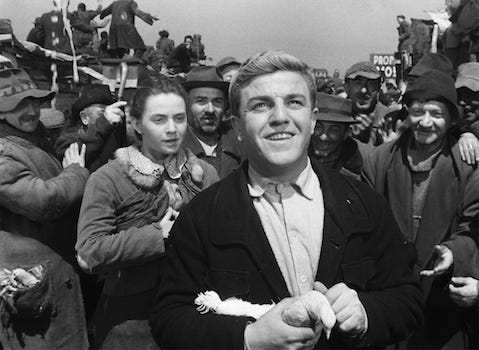 The comic fantasy Miracle in Milan (Miracolo a Milano) debuted in 1951, between director Vittorio De Sica and writer Cesare Zavattini's best-known films, Bicycle Thieves and Umberto D.. Miracle's subject matter and characters fit in with those acclaimed examples of Italian neorealism, but its tone is several dozen shades lighter.

Miracle in Milan is not the kind of film you'd expect when you hear it is set in a shantytown and peopled with many non-professional poor actors. It's part fairy tale-style fantasy and part Preston Sturges-style satire. In fact, the film's sweet-faced, short-statured lead Francesco Golisano is a bit reminiscent of Sturges's mid-40s star Eddie Bracken. Golisano plays Totò, a grown orphan who is uncorrupted by his circumstances. He is kind and determined. He has the vision to turn a crumbling shantytown into a grand improvised village that offers refuge to poor folks for miles around.

Mobbi, the fat cat who owns the land, seems uninterested in disturbing the squatters' village until a fountain of petroleum begins spurting out from under the ground where they are living. Then he sends out an army of policemen to roust them out of there. Mobbi is played by Guglielmo Barnabò as a glad-handing politician who is more than happy to make speeches and shake hands with the squatters, all smiles and offers of cups of tea. He never really turns to a moustache-twirling villain, which makes his villainous actions all the more insidious.

The second half of the film is subsumed in fantasy and romance. Totò's dead mother appears to him and gives him a magical dove that grants wishes. He begins giving his neighbors the worldly goods they desire, which inevitably starts to spiral out of control. At the same time, Totò becomes enamored with a young, shy servant girl named Edvige (The White Sheik's Brunella Bovo). He offers her the sun and moon, but all she wants is a nicer pair of shoes.

The film has wonderfully cracked comic setpieces. This viewer's personal favorite has Totò bestowing grand operatic singing voices to the commanding officers of the police army, totally undermining their authority. The climax is a farcicial race to return the magic dove to Totò after it has been confiscated by two angels. The way Totò ultimately saves the villagers from police capture feels straight out of a live-action Disney comedy.

Viewers can be forgiven for wondering what, if anything, was on the filmmakers' minds besides a silly good time. Miracle in Milan is the opposite of heavy-handed, and its satire is so steeped in surreal visuals and oddball situations that it can be easy to miss for those watching without their critical lenses firmly attached. David Forgacs's featurette included on the Blu-ray (see Special Features below) suggests that censorship likely played a partial role in inspiring this light comic approach -- although both the left and right wound up criticizing the film anyway.

Although director De Sica was no stranger to comedy in his later directing career (anyone remember the so-so farce After the Fox?), this is a rare instance of De Sica marrying the naturalism of his best-known work to broad (but sharp!) comic material and pulling it off brilliantly. 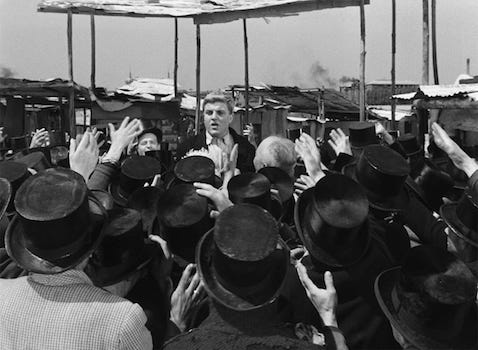 The Blu-ray
Miracle in Milan is packaged with a booklet including an essay by Christina Newland and the original story treatment for the film by Cesare Zavattini.

The Video:
Unlike the Region B Blu-ray from Arrow of roughly a decade ago, this AVC-encoded 1080p 1.37:1 presentation is sourced from a new 4K restoration by the Cineteca di Bologna. A few shots with optical effects look a little soft, but in general, the detail and contrast is excellent. Comparing screenshots over at the DVD Beaver site, it's clear that the image has much more shadow detail, richer blacks, and a more filmic texture than the prior HD master.

The Audio:
The Italian LPCM mono audio (with optional English subtitles) is a bit flat and shows signs of its age but has clearly been cleaned-up in a way that's satisfying and organic-sounding.

(HD, 27:20) - Film scholar David Forgacs discusses the heterogeneity of the Italian neorealist era of filmmaking, the sometimes fraught collaboration between director Vittorio De Sica and writer Cesare Zavattini, the production history of the film, and the critical reaction to the film over the years.

Final Thoughts:
A strange mix of fable, social satire, silly slapstick, and swoony romance. But it's extremely charming and often quite funny. Criterion's presentation of the new restoration is technically outstanding and the supplements go a long way to explaining the hows and whys of this unrealistic neorealist film. Highly Recommended. 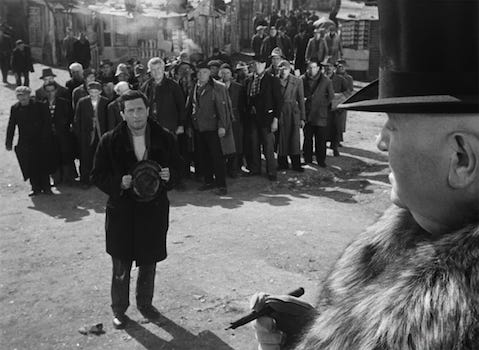