Other French New Wave, Vol. 1, The

The Collection:
The new Blu-ray company Canadian International Pictures (CIP) has the mission to shine a light on the neglected homegrown cinema of the Great White North. Their debut disc was the '60s production The Ernie Game, and the follow-up release is dubbed The Other French New Wave, Vol. 1, collecting three '60s flicks from acclaimed Montréal-based filmmakers. As the set's title suggests, there is a kinship with the work of Godard, Truffaut, Rohmer, et. al., but the directors represented here also have a strong foundation in documentary filmmaking. Their fiction films include a hint of fly-on-the-wall actualities. 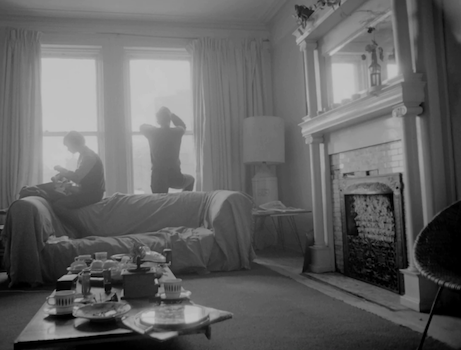 The set kicks off with Gilles Groulx's The Cat in the Bag (1964), a portrait of a young relationship heading toward collapse. Cat owes a lot to Jean-Luc Godard and suggests a more dour trial run for Godard's Masculin féminin. Claude (Claude Godbout) is a self-serious 23-year-old journalist and would-be revolutionary in a relationship with middle-class acting student Barbara (Barbara Ulrich, self-consciously styled after Anna Karina). She is vivacious and insecure; he is bitter beyond his years. Sadly, The Cat is mostly Claude's story, and he's a big-brained wet blanket throughout. More satisfying are the interludes with Claude's roommate who does sleight-of hand magic tricks. The lovers take a respite from urban ennui at a small country home in the last twenty minutes, and The Cat in the Bag manages a few moments of genuine poetry when it similarly takes a break from copying the JLG playbook. 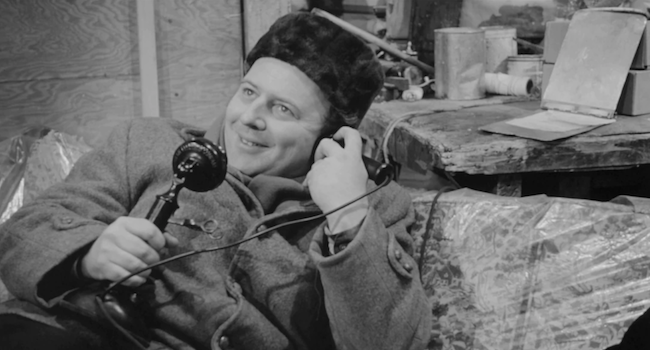 Next up is The Merry World of Leopold Z. (1968) by director Gilles Carle, which follows a sweet, schlubby snow plow driver through his misadventures on a stormy Christmas Eve. Leo (Guy L'Ecuyer) takes out a loan to buy his wife a mink coat ("Just the paws," he is informed). He delivers his wife's nightclub singer sister Josette (Suzanne Valéry) to her gig and spends the afternoon watching her rehearse with his boss Theophile (Mouchette's Paul Hébert). He plays in the snow with Josette. He delivers furniture for Theophile. Eventually, Leo's goofing off catches up with him and he is forced to finally plow the streets late into the night, potentially missing his son's singing performance at midnight mass. At 68 minutes, this conflict-light flick has the lumpy pace of a padded-out short, but it has enough low-key charm to make for an agreeable cinematic hang-out. 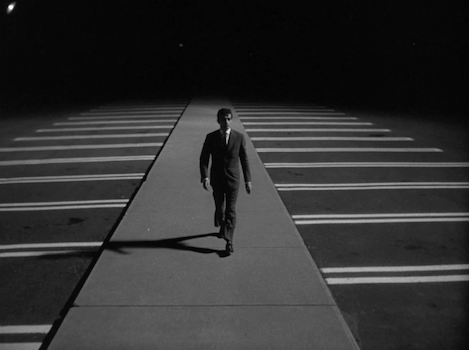 The last flick included is YUL 871 (1966), by director Jacques Godbout. Named for Montréal's airport code and a flight number, YUL 871 follows a mysterious European (Z's Charles Denner) on a two-day trip to Montréal. It's supposedly for business, but this guy keeps asking about an elderly couple and he seems, well, haunted. All those flashes of World War II stock footage feel pointed too. Like the other films in this set, YUL 871 includes a lot of sequences of our protagonist exploring the streets and parks and businesses of Montréal -- as though all quebecois films must act as tourism ads too -- but Denner's status as a stranger in a strange land makes these moments feel mostly earned. During his stay, the European befriends a little girl and instigates a passionate love affair with a hot blonde in a cool car. YUL 871 is essentially as sketchy story-wise as the other films in this set, but it has more meat on the bone in terms of character and style. Denner is suitably magnetic, and the film is full of elegant tracking shots that are gorgeous and eerie. YUL 871 is definitely my favorite of the three films included in this set. 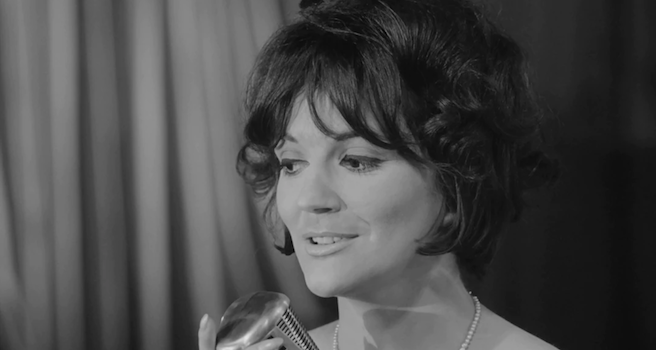 The Blu-ray
The Other French New Wave, Vol. 1 is packaged with double-sided art (one side features the film titles in English, the other in French). A limited edition slipcover is available exclusively when purchased from the Vinegar Syndrome website. A booklet featuring an essay by Eric Fillion is also included.

The Video:
All three films were scanned in 2K from 35mm interpositives and look great. The AVC-encoded 1080p presentations are clean but with a satisfying film grain texture. The Cat in the Bag and YUL 871 are framed 1.33:1; The Merry World of Leopold Z. is framed 1.85:1. Some sporadic dirt and scratches, but only the stock footage that pops up in YUL 871 looks noticeably degraded.

The Audio:
All three films are presented with DTS-HD MA 2.0 mono mixes. The Cat in the Bag is only presented in the original French with optional English subtitles. The other two films default to this option, but also feature an English dubbed option. I recommended sticking with the French. There's a haunting sequence in YUL 781 that is multilingual that loses all its flavor when every line is dubbed into English.

(HD, 29:04 total) - Three documentary shorts from the director of The Merry World of Leopold Z. First up is The Rink, a wordless montage of kids playing around at an outdoor hockey rink. Next is The Big Swim, a portrait of young swimmers in a similar, dialogue-free montage style. Percé on the Rocks is reminiscent of Agnès Varda's work-for-hire travelogues from the late '50s. It features three brightly attired young women conducting a tour of the small coastal Quebec town, Percé, with lots of aggressive nouvelle vague framing and editing strategies on display.

Final Thoughts:
A thoughtfully curated look at a cinematic scene that has received little international attention. The first two films in the set are charming if palpably embryonic, but the closer -- YUL 871 by director Jacques Godbout -- is a stylish and haunting must-see. The fact that CIP has released another of Godbout's films, the '70s genre flick The Mob, has me eager to dig into that release too. Pick up this offbeat collection, if only so they can keep digging up more treasures from the untapped Canadian trove. Highly Recommended. 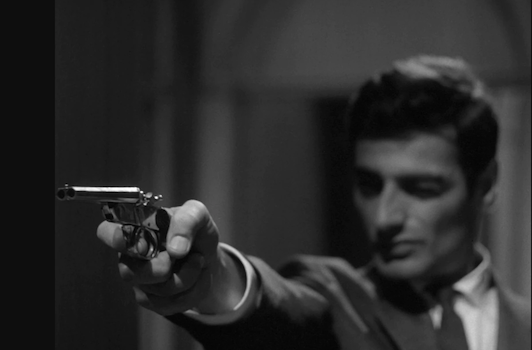