I'm just gonna be honest here- considering the talent involved in this, the results are a bit disappointing. I don't know the story of what went into the making of this, perhaps it was one of those productions where things just didn't work the way they were supposed to- but for all I know, maybe everyone was happy the way this turned out and it just didn't click with me for whatever reason. "Aliens Clowns & Geeks," written and directed by Richard Elfman (Danny's brother), appears to be marketed as a follow-up to his 1980 cult classic Forbidden Zone, with that referenced right on the front cover. Forbidden Zone wasn't by any means a perfect film but is quite amazing given the time it came out and the resources which personally set Richard Elfman back financially quite a bit. This recent production doesn't really compare, and maybe it was never meant to other than those in charge of selling it. 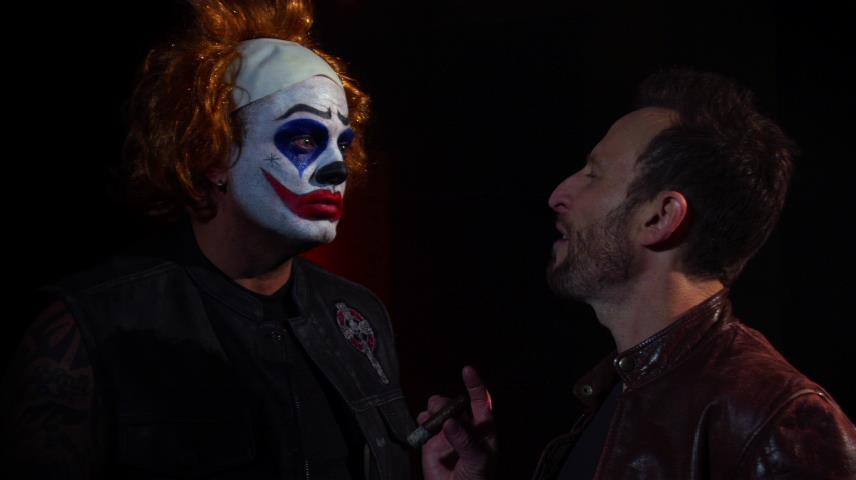 Our story concerns Eddy (Bodhi Elfman, Richard's son), an out of work actor in Los Angeles most famous for a local mattress commercial who almost got a big break with a TV series only to have that cancelled before the pilot aired. Drowning his sorrows at the local bar, a sinister clown approaches him and cryptically informs him "It is you who bears the key." Bodhi runs away and is rescued by two Swedish girls driving by named Inga (Angeline-Rose Troy) and Helga (Rebecca Forsythe) who go home with him for a bit of fun. The next morning Eddy has a rather painful moment on the toilet and finds that he's, um, passed a strange object looking like a small Washington Monument with animated squiggles on it. He takes it to Griffith Park Observatory where Professor von Scheisenberg (hope you know German, or maybe you're better off not- he's played by French Stewart who I've always found annoying) examines it and it turns out Inga and Helga are his assistants. It's determined that this strange object is called the Obelisk and is the key to the universe.

We soon find that a large gang of clowns is flying through space in search of the Obelisk- their leader is Verne Troyer in his last onscreen appearance. Closely following them is another ship flown by green aliens- where they're from doesn't seem to be important, just that they're aliens. Whichever of them gets the Obelisk first will rule the universe, the ultimate goal of any movie villain. Of course that would be pretty bad for the people of Earth, so it's up to Bodhi and his new girlfriends along with his brother or maybe sister Jumbo (Steve Agee) to ensure it stays away from both camps.

The main weakness of this production is that it's shot on hi-def video at 24 frames per second, which basically looks cheap in general and certainly not like a real movie. Hence my initial comment about the talent involved; I would never have expected such an amateurish-looking result from anything bearing many of the names here. The many visual effects which the story leans heavily on are also very cheap-looking- the spaceships for instance just look like someone playing around with a simple computer graphics program, an approach which I find far less credible than even the shoddiest models. I'll give a bit of credit to the Obelisk itself though, as its constantly-moving squiggles look realistic enough and not like they've just been drawn on in post-production. This just isn't weird or funny enough to sustain a feature length however, even though it runs under 90 minutes it tends to drag and will likely test those who don't stick with something all the way through if it fails to hold their interest. Far too much of the humor relies on stereotypical European accents, and even the whole clown concept while amusing isn't too original. 1988's Killer Klowns From Outer Space already did that with results that were far more entertaining and memorable. 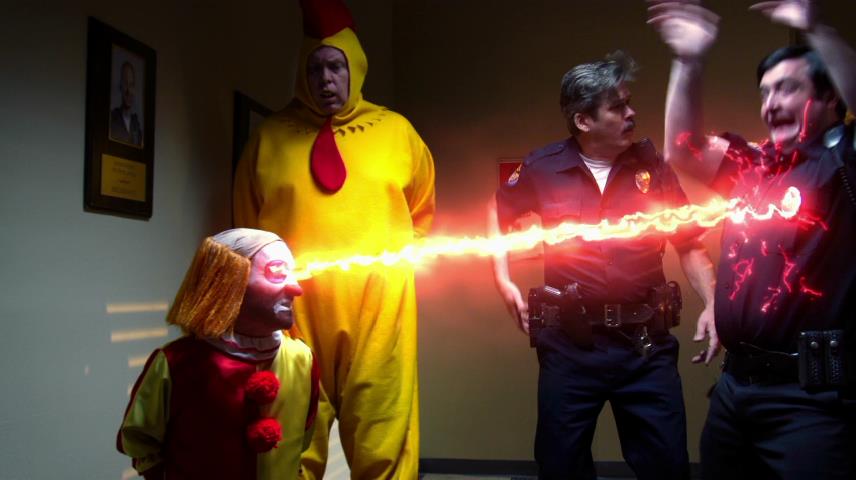 The visuals are overall cheap, but this Blu-Ray presents them as intended with no obvious compression artifacts or other anomalies that would have further degraded the experience. The colors are at just the right level to give a candy-coated appearance without being oversaturated, and no detail is lost in dark scenes.

The main audio mix is in 5.1 DTS Master Audio, with music and sound effects spread nicely throughout the front channels but hardly any activity in the rear. There is also a 2-channel PCM track which actually has more surround activity when played in Pro-Logic. Hearing-impaired subtitles are included but are rather sloppily done, getting many words wrong. 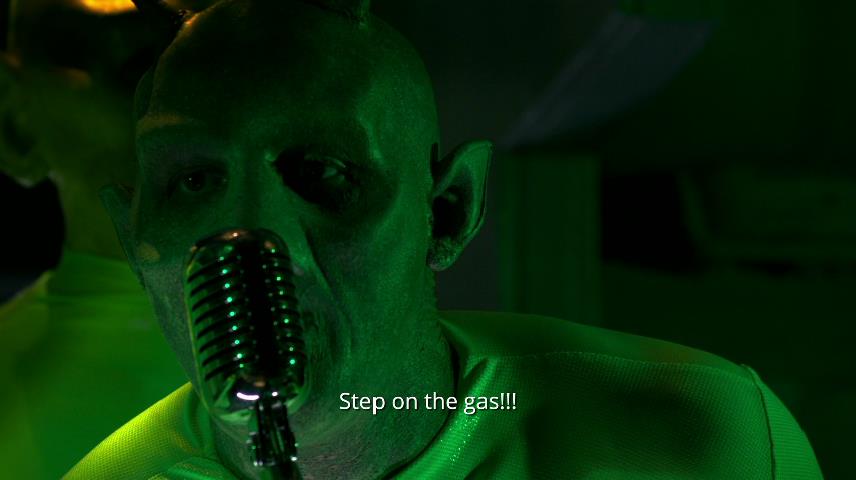 A 30-minute "Behind the scenes" piece lets most of the major cast and crew members give their thoughts for about five minutes each, appearing like they're at least having fun. Richard Elfman gets his own separate segment, and there's a short "music video" of the instrumental theme. Rounding out the extras are trailers for other direct-to-video titles and 1997's Jack Frost. 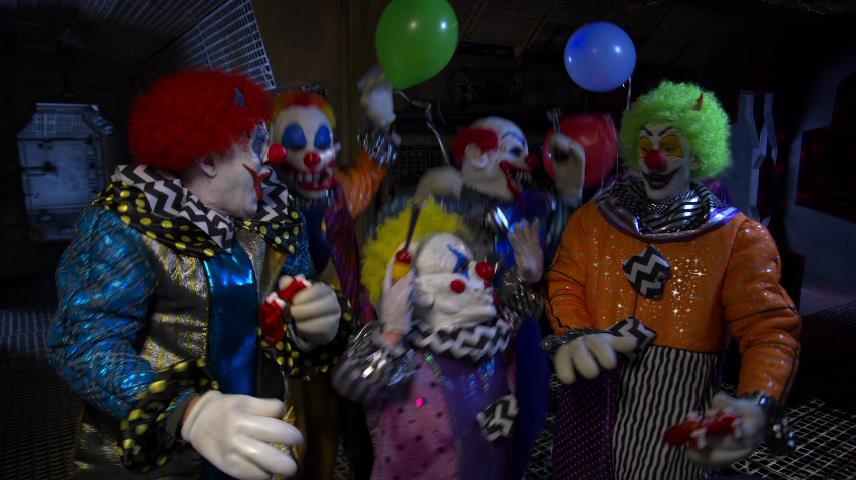 Despite the talent involved, Aliens Clowns & Geeks still comes off as another mildly amusing but cheap direct-to-video production that doesn't really break any new ground. Fans of the Elfmans will still want to check this out even though they may still find it a let-down, others may not have much reason to bother with it.