Poly Styrene: I Am a Cliche 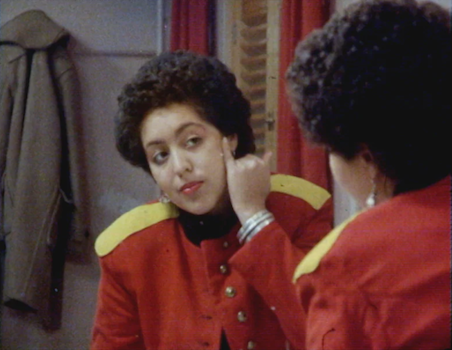 Marianne Elliott-Said, better known as her public persona Poly Styrene, was the leader of the English punk band X-Ray Spex. The group's brief but brilliant career included the release of the anthemic anti-authoritarian single "Oh Bondage! Up Yours!" and the beloved album Germfree Adolescents. As a young woman of color with braces on her teeth and her own iconoclastic sense of fashion, she became an instant outsider icon.

The new biographical documentary, Poly Styrene: I Am a Cliché, is almost as unexpected as its subject. Directed by Paul Sng (Sleaford Mods: Invisible Britain) and Poly Styrene's daughter Celeste Bell, I Am a Cliché is not your standard-issue punk rock doc.

Framed through Bell's complicated relationship to her mother (she died of breast cancer in 2011) and to the legacy of her work, I Am a Cliché is ruminative and elegiac. Even when the film touches on the excitement of X-Ray Spex's whirlwind success, the filmmakers use hints of slow-motion and somber music to suggest a darkness that was always there. The band's trip to New York to play CBGB is portrayed simultaneously as a validating moment for Poly Styrene's work and a major moment of disillusionment as she became overwhelmed by the consumerist nightmarescape of the world's greatest city.

Poly Styrene, or rather Marianne, suffered from acute bipolar disorder that was initially wrongly diagnosed. The band broke up in the midst of published accounts that Marianne claimed to speak to UFOs and was cracking up on the road. (She shocked the press by unceremoniously shaving her head, decades before Britney Spears.) She released a solo album, Transluscence, that pretty much eschewed rock music altogether -- and got kicked off her label. She was hospitalized, fell in love, had a child, and moved to a Hare Krishna commune.

And caught in the middle was Celeste -- that young child -- who is the main face and voice of the documentary. (Numerous interview subjects talk about Marianne's friendship and artistic influence but are only heard as voiceover. Marianne herself is shown speaking in some TV interviews but Loving actor Ruth Negga reads her diary entries and print interview excerpts on the soundtrack.) Present-day Celeste calmly describes how she has come to understand her mother's search for spiritual meaning and inner peace, but that it has taken years of therapy to dissipate the anger and trauma.

If it has a flaw, I Am a Cliché sometimes feels like an extension of that therapy. With its stately tracking shots of Celeste walking around the significant sites of her mother's story -- the museum/gift shop that occupies the spot where CBGB once operated is more than a little depressing -- I Am a Cliché suggests a soulful quest to find the parts of her mother that Celeste neglected or that she was never offered. Ultimately, neither she nor the film find the secret key to Marianne, although Celeste states that she and her mother were reconciled and working together on what turned out unexpectedly to be Poly Styrene's swan song, the 2011 album Generation Indigo.

The yearning, felt both by Celeste and her film, is a logical fit though. Poly Styrene was enormously influential and largely out of the public eye for most of her life. Viewers may similarly be primed to discover the parts of this punk idol they never knew. This elliptical portrait may leave them with their own lingering sense of yearning but it is loving and vibrant nonetheless. 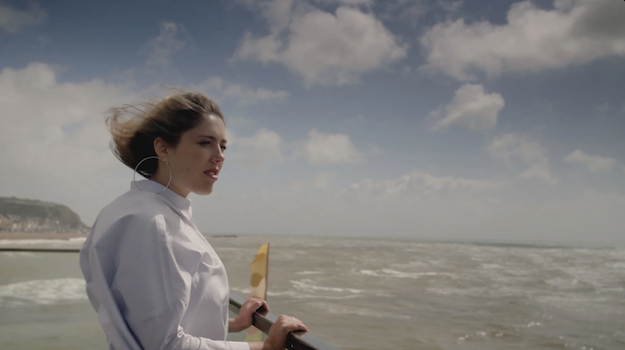 The Blu-ray
Poly Styrene: I Am a Cliché is packaged with reversible cover art and a color booklet featuring writing by Dana Reinoos and the documentary's directors. A limited edition slipcover designed by Haunt Love is currently still available when the Blu is purchased from the Vinegar Syndrome website.

The Video:
The film is presented with a clean AVC-encoded 1080p 1.78:1 presentation. Like many docs, this film is cobbled together from many different sources. New digital footage of director-subject Celeste Bell looks crisp and clear. Some film sources offer rich colors and film-like grain structure (suggesting recent scans), while others look mediated through video dubs of varying clarity. Some of the vintage TV footage presents occasional issues with interlacing. All in, it is obvious that significant effort was made to give the film a high-quality overall look.

The Audio:
A clear and moody DTS-HD MA 5.1 surround soundtrack. Fairly centered, which makes sense for a film largely driven by voice-over, but the music score provides effective surround ambience. An English SDH option is offered.

(HD, 11:24) - The directors talk about the way a few of the sequences were shot and assembled.

Final Thoughts:
I Am a Cliché is a fairly melancholy look at a punk music icon, through the eyes of her grown daughter. Truly affecting. Recommended. 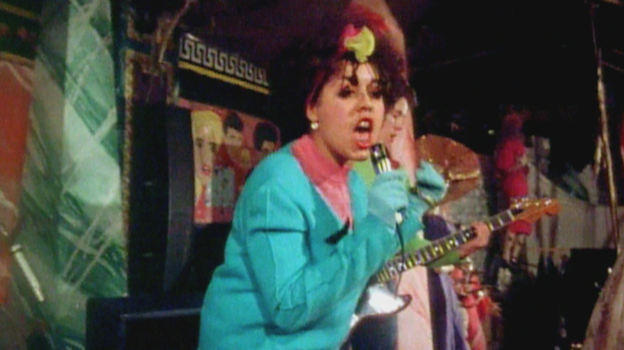