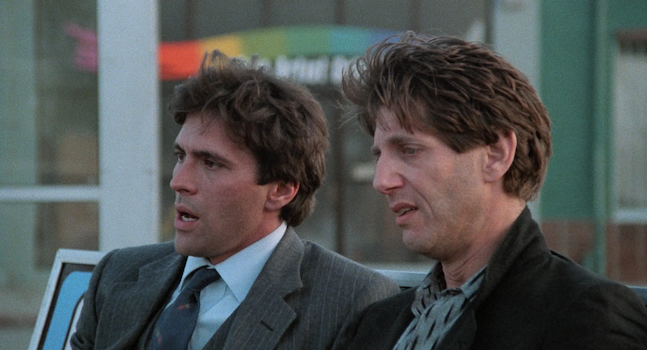 Coyote is Arthur Blue, a mercurial painter whose recent work has focused on pseudo-pin-ups inspired by Bettie Page. His relationship to Cyd (Modern Romance's Kathryn Harrold) implodes after five years because, despite his sensitivity, Blue wasn't able to make room for their relationship beside his work.

Mancuso is Blue's longtime pal Eli, a businessman in his father's schmatta empire. Eli claims to want a relationship but -- shocker! -- he can never commit.

Heartbreakers is a film that is easier to respect than it is to enjoy. Roth is in John Cassavetes territory here: his film is heavy on sensitive-macho behavior and dingy-glamorous atmosphere but remains a bit hazy on what exactly the story is. Coyote and Mancuso aren't Ben Gazzara and Peter Falk, but theirs feels like a lived-in friendship. The spark they create enlivens many passages that look great -- with cinematography by Michael Ballhaus, it would be hard not to -- but lack the intensity of Cassavetes.

The film finds what shape it has from the women that our characters encounter. Blue hard-sells himself into a gallery show, where he meets Liliane (Get Out Your Handkerchiefs' Carole Laure). Eli is quickly smitten with her, but she might be more interested in Blue. Blue meanwhile works on his gallery show, and deflects romantic attention from his model Candy (Carol Wayne). He also uses his spare time to harass Cyd and beg her to leave her new boyfriend (Barney Miller's Max Gail).

To the film's credit, the women are often more layered and compelling than our central characters. Liliane is somewhat inscrutable, but in a way, Carole Laure plays her as the mirror image of our two heroes: kind of horny, but not necessarily sold on this relationship jazz. Wayne, who was best known as a recurring sketch performer on The Tonight Show with Johnny Carson, does a great job of exuding a busty-bimbo image as a come-on -- it's her character Candy's bread and butter, after all -- but she gradually reveals a lurking toughness and intelligence that shocks Blue and Eli as much as it shocks the viewer. Jamie Rose (Just Before Dawn) makes a great appearance as a New Age-y conquest for Eli who has some solid life advice for both men.

On the other hand, Kathryn Harrold is quite good with the material she's been given, but she seems unfortunately typecast as a "serious" varation of her Modern Romance ex-girlfriend-that-the-main-character-tries-to-win-back role.

There are many sequences in the film that show uncommon intelligence and style. Jerry Hardin (The X-Files' Deep Throat) has a surprisingly nuanced scene as an art critic who "murdered" Blue at his last gallery show four long years ago and decides to surprise the artist in his studio. Filmmakers tend to include critic characters as cartoons to bully, but Hardin's version is an actual human being. A three-way sex scene with Eli, Blue, and Candy not only put the characters' interpersonal dynamic into sharp relief, it's still a fairly hot scene. The dynamic is repeated in a way during a danceclub scene later, where Blue and Eli compete for Liliane's attention; the scene is scored effectively (if somewhat obviously) to Pat Benatar's "Love is a Battlefield." A climactic confrontation between the two leads is ingeniously short-circuited by an unexpected crying jag that suggests guys will literally paint a dozen paintings and try to ruin the lives of everyone around them instead of going to therapy.

With its beautifully unglamorous images of '80s Los Angeles and Tangerine Dream score to match, Heartbreakers is an excellent "vibe" movie. It doesn't quite cohere as much as this reviewer would like it to, but maybe that's not such a big concern in the realm of "vibe" movies. 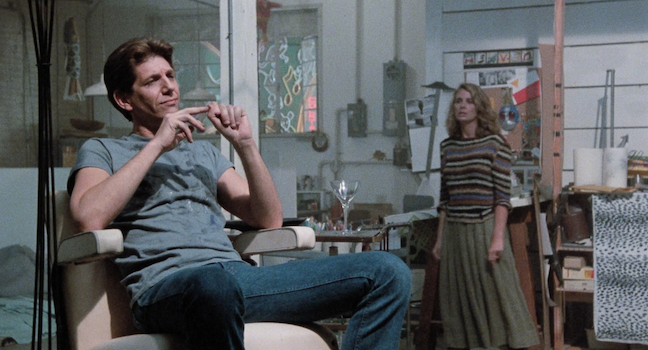 The Blu-ray
Heartbreakers is packaged with reversible cover art, featuring the egregiously dated original poster art or a spiffy new design by Pip Carter. A color booklet featuring writing by Richard Harland Smith and Margaret Barton-Fumo is included. A limited edition slipcover of the spiffy new art is currently available exclusively from the Vinegar Syndrome website.

The Video:
As always, Fun City delivers on the technical front. The AVC-encoded 1080p 1.85:1 presentation is sourced from a 2K restoration of a 35mm interpositive. Detail and depth are quite strong. Colors are lifelike, even if Michael Ballhaus sometimes goes for a somewhat desaturated look. (It makes L.A. feel very European.) Film grain can get heavy but the effect feels organic.

The Audio:
The DTS-HD MA 2.0 mono mix is also fairly robust for a nearly 40-year-old soundtrack. Dialogue and effects are cleanly mixed while the Tangerine Dream score and various source cues (like the aforementioned "Love is a Battlefield") comes through brightly and well-supported on the low-end.

Final Thoughts:
For '80s enthusiasts who want more than the typical half-assed nostalgia, Heartbreakers is the vibe. Beautiful Michael Ballhaus cinematography, evocative Tangerine Dream score, and L.A. at its lived-in, unglamorous best. Your humble reviewer wishes the story had a little more meat on its bones, but the actors and atmosphere demand your attention. Recommended. 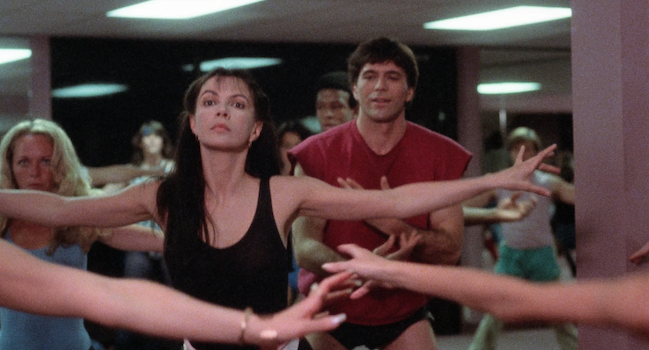