Richard Mayhew is an average resident of London. He's got a job, a girlfriend and a nice apartment. That's not to say that he's happy, but he's complacent with his life as it is. As in any good fairy-tale or fantasy story, all of that's about to change, because who really wants to read about everyday, boring things. 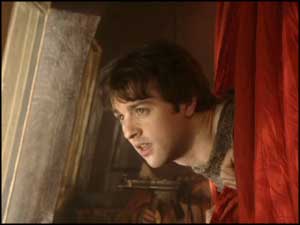 As he and his girlfriend are on their way to dinner, they happen to pass a wounded orphan girl lying in the street. Being the only one that cares, Richard takes the girl to his apartment to tend to here injuries and get her cleaned up, much to the chagrin of his girlfriend.

After her speedy recovery, Richard returns her to the care of her friend, the marquis de Carabas and attempts to return to his daily routine, only to find himself practically invisible to everyone. While being able to physically see him, all traces, records and memories of Richard are gone. Quicker that you can say, "I feel like Sanadra Bullock in 'The Net,'" Richard sets off to find Door and her companion to see if they can offer an explanation.

Richard is introduced to the world of London Below, a fantasy world that fills the cracks, crevices and undergrowth f London. It's a world not seen by most and full of mythological creatures and characters that originate from every corner of the world. A fish out of water, Richard's only hope is to locate Door and hope she offers a sympathetic ear and a dash of help. 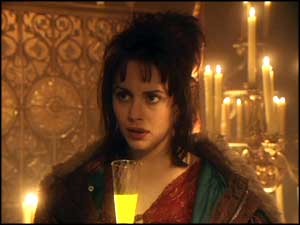 He locates her at the floating market, having been led there by a mysterious lady "who offers her services for money" and finds Door in the company of the marquis de Carabas. The two are auditioning bodyguards, as they seek to find the murderers of Door's parents. Feeling sorry for the position he's in, Door's offers him a spot in their group, despite protests from the marquis and the dangers they will likely face.

The group is constantly being followed by Croup and Vandemaar. This pair of decidedly nasty villains provides most of the comic relief from the film with their dark with and nasty demeanors and playing golf with innocent animals is one of the nicer things this pair do in the series. They've been hired to lead Door into a trap in order for someone to gain access to her special gift. 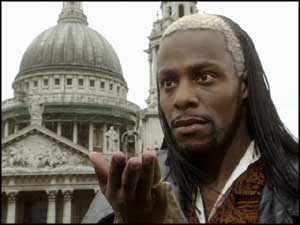 The threats become deadlier as both groups near the completion of their separate but linked goals as they explore more and more of the mysterious and mythical London below in search of the Angel Islington, whom Door was instructed to find in a note written by her father as he lay dying.

Filmed in 1996, Neil Gaiman's BBC series Neverwhere is a 3-hour jaunt through the fantasy world of London Below, which is further fleshed out in the novel adaptation released shortly after the series first aired.

Differing from other fairy-tales and fantasy yarns, Gaiman's Neverwhere takes place in the familiar, just out of eyesight setting of the London underground. Blending actual locations with the fantasy makes the world seem familiar and inviting to the viewer and despite the limited budget, you're quickly pulled into the tale and forget everything else that's happening around you. The setting of the fantastical elements in the real world seems to create a link, much like Door's special ability, that let's you travel anywhere in London Below and feel at home. 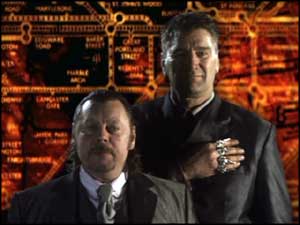 Video: Transferred from the video from 1996, this set looks surprisingly good. The images are sharp and crisp, with good definition in the many dimly lit scenes. The blacks could be slightly deeper overall and the other colors seem a bit dim at times as well.There are few to little flaws in the print and it's an overall good looking 4:3 full-screen transfer. Since the original source was PAL, I wonder how much information was lost or compromised in the conversion?

Sound: The Dolby Digital Stereo 2.0 track is serviceable. Although there is opportunity from a surround mix, none was added and when considering the action on-screen, it can feel a bit flat. All of the dialog is perfectly audible, but a remixed soundtrack would have been nice.

Extras: Neil Gaiman provides a running commentary for all six episodes and is truly interesting to listen to. Involved from the very beginning, his opinions are honest and interesting about the 6 shot episodes on these discs. As the original author, he offers up insight as to what has been changed and what things happened during filming. Also on disc 2, the original BBC interview with Gaiman is included in its entirety. Cut with the same background and annoying method as the episode introductions, it's interesting, if dated, material that lacks in the presentation.

Overall: Fans of fantasy and anyone who's seen this in its bootleg incarnation will want to pick this set up. With the limited budget and short time frame, Gaiman has crafted an entertaining, if simple, fantasy tale that has everything you need. Watch the first 30-minutes and you'll be enamored with the performances, setting and story. Definitely worth checking out if you're a fan of a well crafted story, fantasy or otherwise.