Richard Wright's "Native Son" was a book I read in high school English class, and has been made as a movie three times (once just three years ago, updated to modern times.) It deals largely with themes of race and class, although regardless of those it's hard to argue that the main character didn't just get himself into a really bad situation. 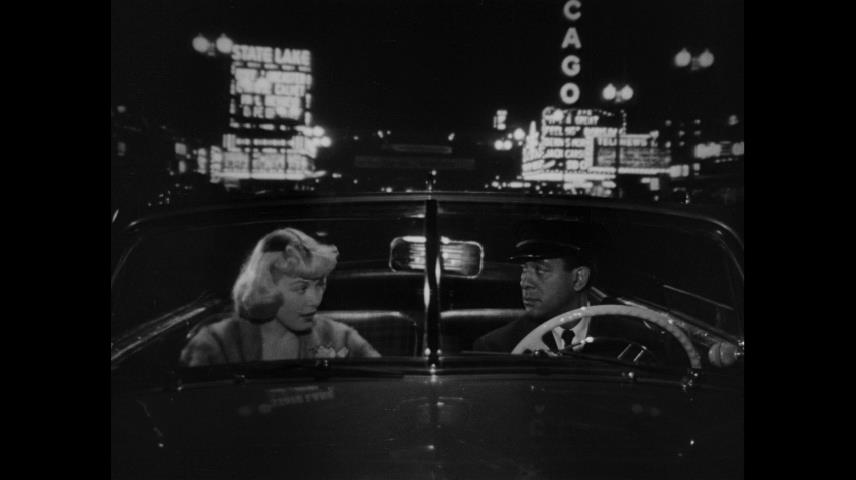 This first film adaptation was released in 1951 and produced in Argentina as the story and author Wright (who was already blacklisted) just wouldn't be touched by any US studio then, although a stage version produced by Orson Welles had been reasonably successful. Wright himself plays the main character- a poor black man in Chicago named Bigger Thomas. The book gives no explanation for his name, and here it's remarked that it's a "funny name" and he replies "They just gave it to me." From what I remember of the book he seemed to be a rather decent character; here he's a little unsavory with allusions of pulling off "jobs" with friends, attacking and stealing from people. A narrator notes that he and his family live in an "invisible prison," a run-down part of town. Bigger ends up finding a job as a driver though working for the Daltons, the rich (white) family who owns the building he lives in. They think of the current racist environment as unfair and want to give him a chance to make a decent living. They even let him live in a room in their large house.

Bigger's first task is to drive the Daltons' daughter Mary (Jean Wallace) to her nightly college classes. She tells him to ditch class though and take her boyfriend Jan (Gene Michael) and her on the town for fun. Jan rants how racism is unfair and that he'll fight to put an end to it- he even insists on taking the wheel and letting Bigger just relax with them. They end up at a largely black nightclub where Bigger's girlfriend Bessie (Gloria Madison) happens to be singing that night, who resents seeing him with them.

The trouble starts after they leave drunk at the end of the night. Mary is close to passing out, and asks Bigger to carry her to her room. He knows that in that climate he could be killed just for touching a white girl, but she persists. In a turn of events as he tries to get her to bed without being seen by anyone else, he ends up killing her. Reading the book, this event comes across as completely accidental, and here it's still entirely unintentional. Bigger then erases all traces of what just happened and the next day it seems that Mary has just "gone missing," and even her boyfriend Jan is first more of a suspect in her disappearance than Bigger.

Not to spoil any more of the story, but it almost seems like Bigger could get away scot free if not for a crazy scheme he comes up with that involves a fake ransom note and running away with Bessie after getting the money (this more or less follows what happens in the original book). Bigger justifies doing this with the overall unfairness of the racist society that won't allow him to have a better life, but at this point it seems he shouldn't be stirring up any more trouble after committing a murder and hiding the evidence, regardless of race or class.

This version of Native Son has been released on video before, but this Blu-Ray from Kino claims to be the "most complete" as many cuts were made initially to comply with standards of the times. It would have been interesting to know what was originally cut, or even have multiple cuts preserved on the disc. The only clue is the slight shifting of source quality, the most obvious being a very worn section where Bigger, Mary and Jan are riding home drunk after visiting the nightclub. 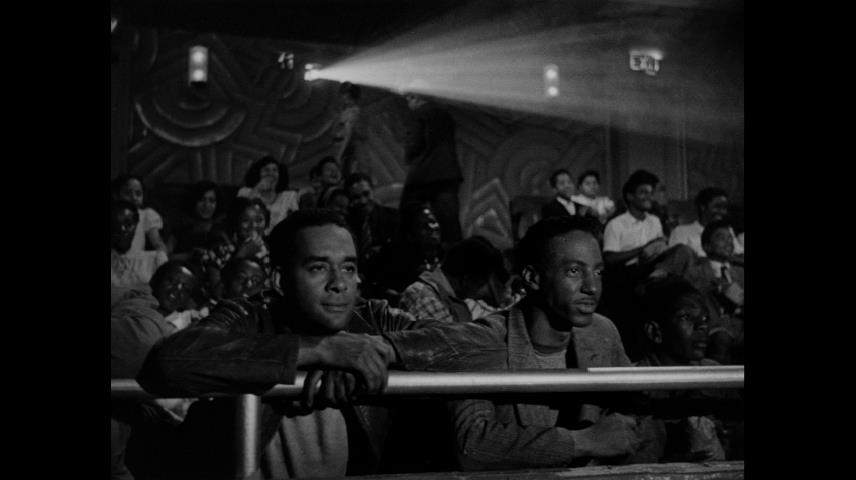 For the most part, the 4x3 black and white elements are in good shape, showing little to no signs of wear aside from the one aforementioned scene that was likely cut from the original release. The clarity shows how most of the outdoor street scenes were actually done on a soundstage with painted backgrounds, and scenes where the characters are in the car have rear-projected backgrounds. The single-layer disc shows no obvious compression artifacts.

The sound elements aren't quite in as good shape. The quality is adequate, but rather dirty with the most obvious flaw being distorted "S" sounds in the dialogue. The disc encodes the audio in uncompressed PCM however, which I wish was done far more often. Hearing-impaired subtitles are included. 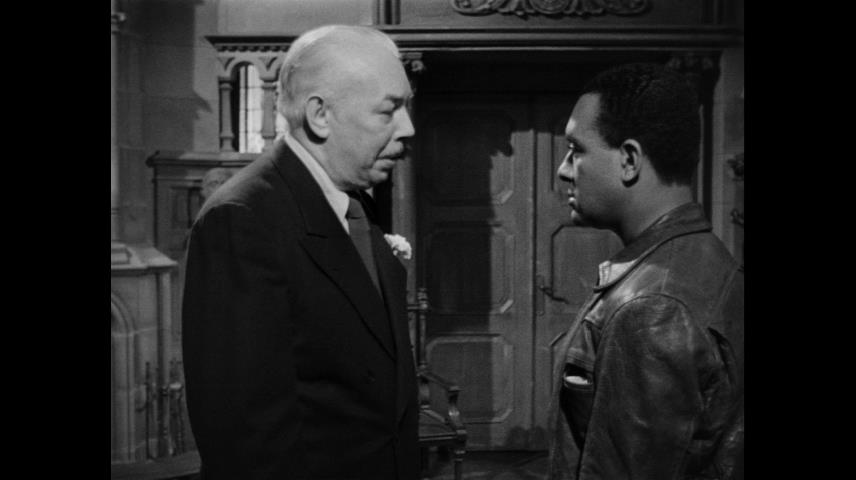 This title begs for extensive extras, but the only one to be found on the disc is a video-based trailer for the movie's recent restoration with recent review quotes from critics. There is a nice booklet included, which is to be commended in this era where inserts are completely excluded, that discusses the movie's production with several photos and movie posters that sold the film in a rather exploitative manner. Still, it seems more could have been included on the disc; I would have at least liked to have known what was cut from the original release and even have that version included. 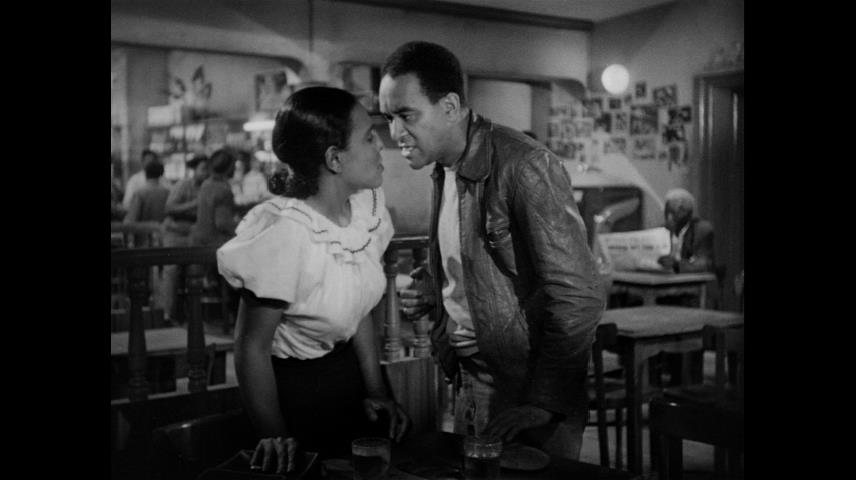 Native Son has never seemed to have lost its timeliness, and it's rare to see an author play their own character (in this case coming across a bit different than I imagined from reading the story.) It's a shame that Kino couldn't have included more extra material on this disc, but it's a good presentation of the film regardless of that.