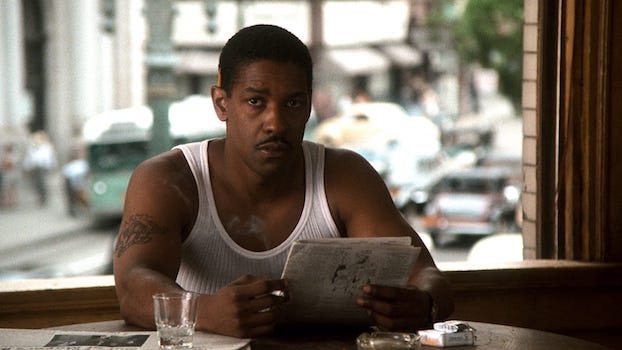 In a Q&A featurette on Criterion's new Blu-ray release of Devil in a Blue Dress, screenwriter-director Carl Franklin answers an audience question about the possibility of other films featuring the lead character of Ezekiel "Easy" Rawlins. He says that all of novelist Walter Mosley's Rawlins books had been optioned at the time the film was made with an eye toward building a Denzel Washington-fronted franchise, but a regime change at TriStar Pictures killed that idea quick. Presumably, a lack of studio support is part of why the film underperformed at the box office back in 1995 as well.

It's a rotten shame, because Devil in a Blue Dress is a hardboiled treat with Washington in lean and mean fighting form, supported by a ridiculously stacked ensemble of memorable character actors. Considering that we got two Equalizers and only one Easy Rawlins flick, this just might be the darkest timeline.

With its smart use of Los Angeles locales and carefully realized period setting, Devil in a Blue Dress owes a debt to Chinatown but surely doesn't pale in comparison. Easy Rawlins is not a world-weary gumshoe in the mold of the earlier film's Jake Gittes, but both characters become entangled in the power struggles of the folks who openly and not-so-openly run the City of Angels. Devil in a Blue Dress becomes Easy's origin story as an investigator, but it starts off with him an unemployed machinist with a mortgage to pay.

A wealthy mayoral candidate is looking for his missing paramour. Tom Sizemore is perfectly cast as DeWitt Albright, the menacing middleman who pays Easy to find the missing blue-dressed devil of the title, better known as Daphne Monet (Jennifer Beals). Miss Monet is White but is known to run in Black circles -- the kind of places Albright can't go without sticking out.

Of course, nothing about this situation is as simple as it seems. As complications -- and bodies -- start to accumulate, Easy calls upon an old friend from Texas to lend a hand. As soon as Don Cheadle shows up as Mouse -- with gold teeth, signature swagger, and an itchy trigger finger -- he just changes the temperature of film. Cheadle arguably refined this kind of compelling and endearing psychopath a few years later in Out of Sight, but the live-wire energy of Mouse still feels like the kind of performance rarely seen before or since. If Denzel's Easy is all contemplative cool, informed by reasonable apprehension, Mouse is the instinct-driven bulldozer that pushes the problems out of his pal's way.

Devil in a Blue Dress is indubitably informed by the films noirs of the past, but it avoids being a self-conscious pastiche. Tak Fujimoto's cinematography, Gary Frutkoff's production design, and Sharen Davis's costumes work together to create an evocative, sumptuous look that feels lived-in and real. The film's original trailer -- also included on the Blu-ray -- leans a little too hard into the high-toned period-piece aspect of the film, but one can understand the temptation to sell the film on how great it looks. In the end, Devil in a Blue Dress works because of the strength of its performances and because of its smart and entertaining storytelling. Maybe if the trailer had expressed that this film is, you know, pretty fun, it could have been the hit it deserved to be. 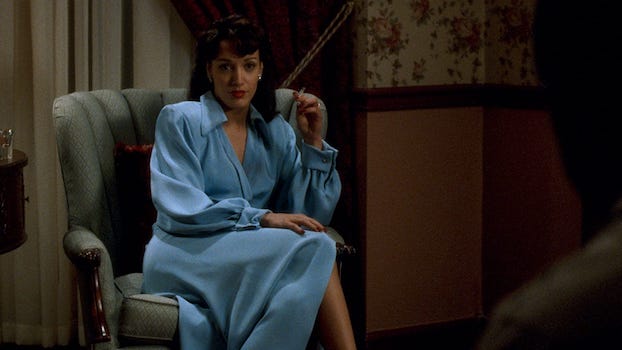 The Blu-ray
Criterion's Blu-ray of Devil in a Blue Dress is packaged with a fold-out featuring an essay by Julian Kimble.

The Video:
This AVC-encoded 1080p 1.85:1 presentation is sourced from a new 4K restoration, made with an eye toward the 4K UHD release. Twilight Time's 2015 Blu was already sourced from a strong transfer provided by Sony, so while this HD presentation is excellent, it's kind of a lateral move. Comparing screen shots online, the Criterion looks a little darker and skews a little greener, but otherwise it's about the same. In motion, the image still has an organic film-like flavor that is utterly satisfying.

The Audio:
The film is presented in a DTS-HD MA 5.1 surround that offers a satisfying mix of dialogue, music (both Elmer Bernstein's score and period-appropriate source cues), and ambience. The scattered moments of action deliver a visceral impacts, and nothing ever becomes muffled or hard to discern. The stereo mix included on the Twilight Time disc has not been carried over. One subtitle option: English SDH.

- Ported over from the original DVD and previously included on Twilight Time's 2015 Blu. This is a thorough discussion touching on many aspects, including behind-the-scenes anecdotes, analysis of certain choices in camerawork and performance, and the adaptation process. It's suitably thoughtful and revealing.

Final Thoughts:
Obviously the main appeal of Criterion acquiring the rights to this title is that they finally gave it a bump to 4K UHD. Alas, your humble reviewer did not receive that version to appraise. Considering that this is the third major Blu-ray release for the film (after Twilight Time and Indicator), Criterion has done solid work to justify this disc's existence in the HD marketplace with some great new extras. The fresh transfer is a little different than previous discs in HD (again, 4K is presumably where you'll see marked difference), but maybe not enough to recommend a double-dip on its own. Weighing all this, the disc comes Highly Recommended, especially for first-time buyers. 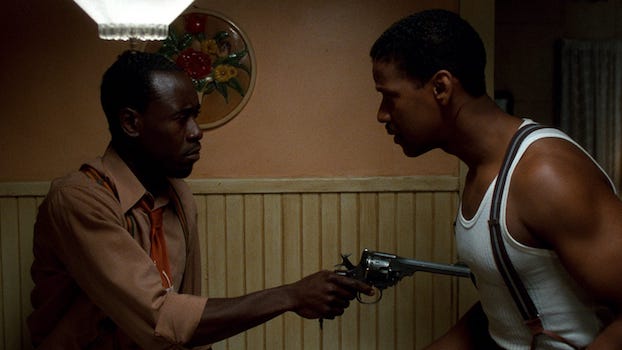