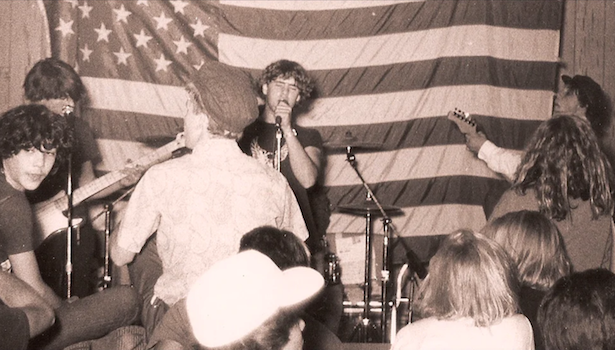 Joerg Steineck's music documentary Lo Sound Desert looks at the punk- and metal-influenced desert rock scene that sprouted up in the Palm Springs/Coachella Valley area in the '80s and '90s. Known at the time as Frank Sinatra's playground, the Palm Springs establishment is naturally resistant to rowdy rock kids but that just fuels the rebellion. Bands with names like Dali's Llama, Fatso Jetson, and Carnage Asada are discussed and shown performing. Lots of talking heads with key players in the scene, but the ones that stick are Josh Homme of Kyuss and Queens of the Stone Age (because he's the most famous) and Sean Wheeler of Throw Rag, who comes off as the prototypical punk scene lifer. The flick is a little sluggish on the storytelling side, but the old VHS clips of desert shows have a buzzy vitality and the new live music performances are captured well. 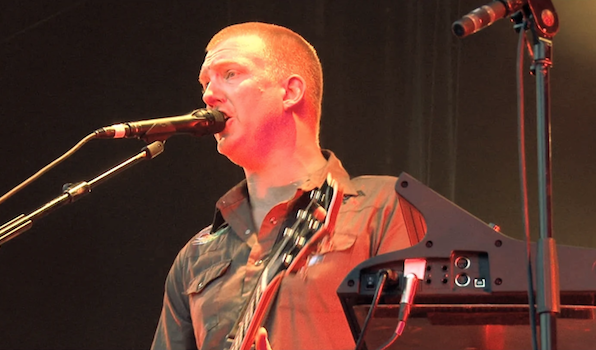 The Blu-ray
Lo Sound Desert is available in a standard edition or in a limited edition with an exclusive slipcover over at the Vinegar Syndrome website.

The Video:
The AVC-encoded 1080p 2.35:1 presentation is quite solid for a low budget doc. Archive video is less-than-pristine, but the modern-day interview and performance footage all features satisfying clarity and balance.

The Audio:
The audio is presented in DTS-HD MA 2.0 stereo. Interviews are typically easy to parse and the music is surprisingly robust in the old VHS footage. The present-day concert clips sound excellent. An English SDH track is provided, but it features quite a few obvious misheard phrases in the transcriptions (my pet peeve!).

(HD, 54:26) - A series of deleted sequences. Solid stuff. Like the main film, the most entertaining clips are the music performances and Sean Wheeler's anecdotes.

Final Thoughts:
Fans of desert rock or stoner rock will obviously be more primed to enjoy this survey of the Coachella Valley music scene, but curious music fans with eclectic taste might find something to like here too. Mildly Recommended.