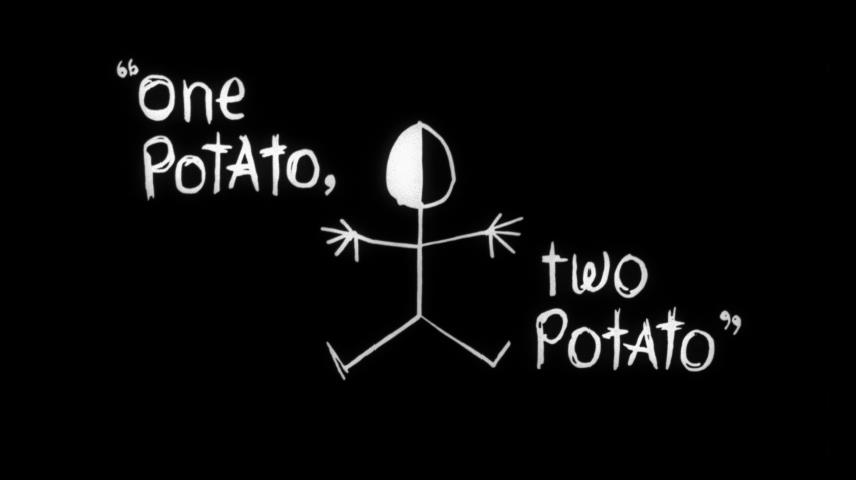 Racism has been an ugly part of American history, but in the 1960s more films were calling it out. The subject of interracial romance and marriage, which was still illegal in some states then, was a popular topic most famously in 1967's Guess Who's Coming to Dinner but this small and short film (named after the children's game that the main character's daughter is seen playing in a schoolyard) tackled it three years earlier and much more seriously.

Julie (Barbara Barrie) and her daughter Ellen Mary (Marti Mericka) have been left behind by Ellen's father Joe (Richard Mulligan, in an early role) as he simply disappears from their lives. They seem to get on well enough- Julie is gainfully employed and early in the film meets Frank (Bernie Hamilton) through some mutual friends. They bump into each other a few times by chance, fast becoming friends and then falling in love. The problem? Frank is "a black man". It's almost difficult to tell with this movie being shot in black and white, and Hamilton doesn't even perpetuate any negative stereotypes, he's simply a decent person but being black in a small town some tend to frown upon the relationship. Julie's close friends don't consider it a big deal, but one scene in particular drives it home where as they playfully stroll through a park at night a cop stops in his car and strictly tells them to leave, implying that Julie is a prostitute and Frank is a "customer". They comply and Julie takes it rather in stride though Frank is angered.

The two are soon married and move into a big house with Frank's parents (Robert Earl Jones, James' father, and Vinnette Carroll) who first strongly disapprove but soon see how happy they are as a family. Ellen being young is very happy and doesn't see anything wrong at all, and gains a baby brother. Then her father Joe comes back into town, saying that he misses his daughter. He's a bit jealous when he learns that Julie has remarried, but is absolutely incensed when he sees that she's married a black man. He quickly enlists legal help to get sole custody of Ellen, with his main argument that her living situation with black people is simply "unfit"- never mind that she's very happy and their house is big, and there's no telling what sort of home her bigoted dad will provide for her. But thus begins the conflict of the film, and running at just 80 minutes it's dealt with quickly. I will not give away the ending but was quite frustrated that it was the kind that leaves many things unresolved, simply making you ask "so THEN what happened?" after it ends.

While the poster art reproduced on the front cover is a bit exploitative ("One of the HOTTER topics of our time… now scorches the screen!") the movie itself tries to be as pleasant an affair as possible even with a few rather unpleasant characters. It resembles a sitcom of the era with its small-town setting and cheerful music score, almost in defiance of the bigotry the otherwise happy characters face. It's clear that its intent was to make audiences at the time think about racism and wonder what the point of it was, but not in a heavy-handed manner. Today one can only be embarrassed that society was ever this way- while racism still exists, most who practice it are the ones frowned upon more than anyone of a certain race. 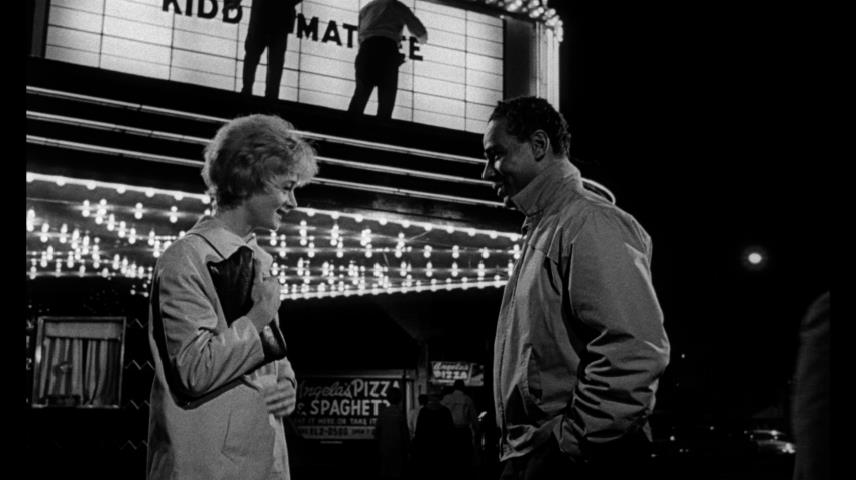 One Potato, Two Potato makes its home media debut here in a decent high-definition transfer from a British film print. Presented in black and white and a 1.66 aspect ratio, the focus is a bit soft but there are no signs of age or wear present making for a clean visual presentation and the disc is free of any compression artifacts. The audio doesn't fare as well, as it seems not much could be done to clean up the rather poor quality of the optical sound track. Much of the music and dialogue is distorted, about on the level of a public-domain DVD. Hearing-impaired subtitles are included, which like most of Scorpion's releases describes the music score in great detail, almost humorously so. 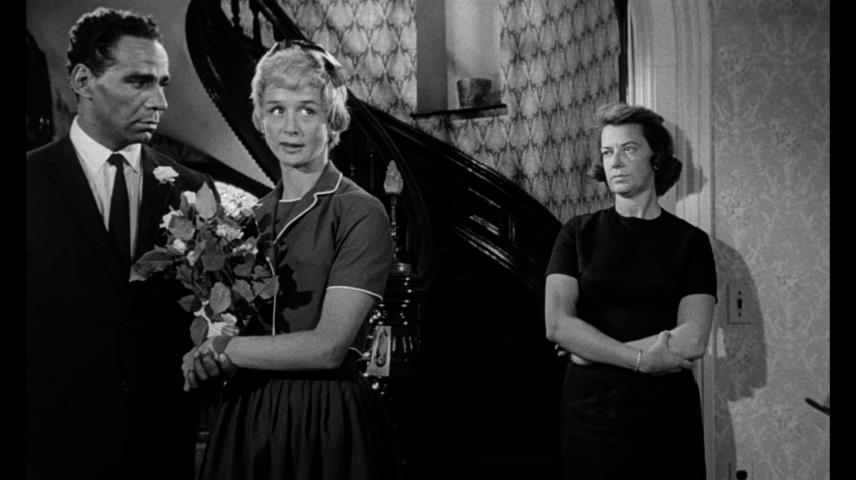 A recent 25-minute interview with director Larry Peerce (son of opera singer Jan Peerce) accompanies the movie. As with many such interviews included on boutique label discs he talks at great length about the movie itself, its cast and other movies of his career. Most interesting is an anecdote of his directing the disastrous John Belushi biopic Wired in 1989- a crew member turned out to be none other than Marti Mericka, and looking her up shows that this was her only screen appearance but she has served as a second assistant director on many recognizable films of the 80s and 90s. Film historian Sergio Mims provides a commentary track, full of more interesting info on the movie's cast and crew as well as historical context with no dead space in the short running time. Most amusing is his mentioning that producer Sam Weston became the famous porn director Anthony Spinelli in the 70s. A random assortment of trailers for other movies released on the Scorpion label is also included, most in hi-def: For Those who Think Young, Slow Dancing in the Big City, The Tamarind Seed and The Sailor Who Fell From Grace With the Sea, along with a compressed early YouTube-quality trailer for Johnny Cool. Annoyingly these are all encoded as separate titles that play after each other but without any menu options to select them individually. 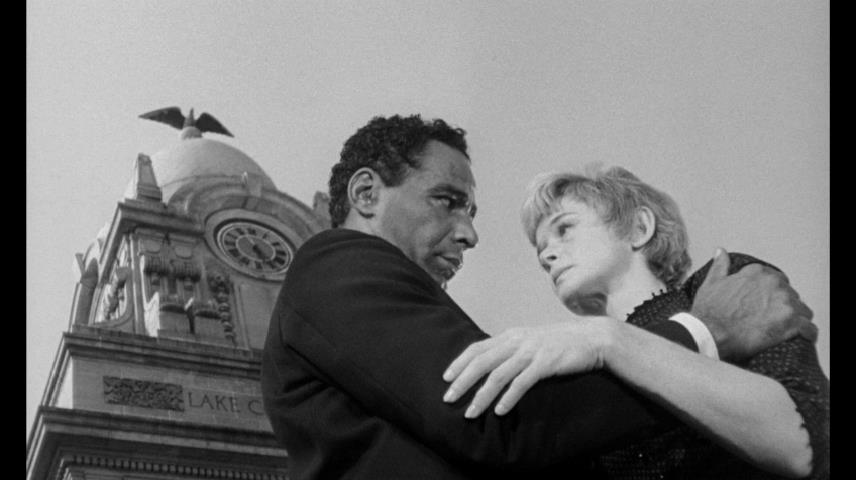 One Potato, Two Potato is an important reminder of our not-proud history, and is also worth seeing for the early work of the talent on both sides of the camera.