"The American family is dying anyway. Without your help." 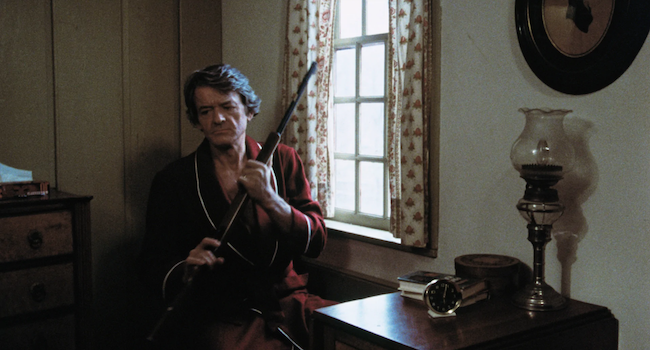 Is Paul Steward going to murder his family and himself? As he wakes to a grey Connecticut morning, he loads a .22 rifle and starts planning (or is it just fantasizing?) to do just that.

Natural Enemies, the debut fiction feature from writer-director-editor Jeff Kanew (adpated from a novel by Julius Horwitz), is wildly different from the hit '80s comedies for which he is probably best known, Revenge of the Nerds and Troop Beverly Hills. The tone here is more self-consciously modeled on Ingmar Bergman's masterpiece of spousal strife, Scenes from a Marriage, but Natural Enemies' themes of alienation and violence can't help but suggest Taxi Driver too.

Hal Holbrook is perfect casting as Paul Steward. His naturally hangdog look suits a man who has been ground down by life and now sees annihilation as the only reasonable solution to his ennui. Holbrook looks too quiet and reasonable to actually do anything with that rifle of his -- but, as they say, it's always the quiet ones.

The film follows Paul through what he has designated to himself as his last day -- at work, in New York City, on the planet. He has mutually soul-crushing cold-fish sex with his resigned wife Miriam (Oscar winner Louise Fletcher, One Flew Over the Cuckoo's Nest). He is barely acknowledged by his vapid kids (including a briefly glimpsed Elizabeth Berridge, later of The Funhouse and Amadeus). He floats through pitch meetings about articles for the magazine he publishes, The Scientific Man, but his mind instead wanders back over the anguish-filled crumbling of his marriage. Miriam had a nervous breakdown roughly five years ago, and the family has never been the same since.

In the first half of the film, Louise Fletcher is given somewhat short shrift. Because the film is decidedly from Paul's point of view, her character feels almost like a depressive stereotype. Considering the quality of the film in general, I'm willing to give it the benefit of the doubt that this is supposed to be a reflection of Paul's inability to understand Miriam. It does make the film feel a little slow and one-note for those early stretches. However, late in the film, we see that Miriam really cares about Paul and is willing to fight for him after she discovers the loaded rifle. She confronts him and tries to push him to see that suicide (and/or mass familial murder) is not the way, and we really see the years these characters have spent together in these performances, in these scenes. Aiming to emulate Bergman is a potentially foolish exercise -- one executed famously (and, to my taste, poorly) by Woody Allen in Interiors -- but Kanew and Co. capture those Bergmanesque moments of human feeling with surprising effectiveness.

While the film almost entirely focuses on Paul and Miriam's relationship, there are some excellent one- or two-scene appearances throughout the film that shimmer and sparkle with life. Jose Ferrer plays a friend and Holocaust survivor who criticizes Paul and tries to get him to put his personal problems into perspective by demonstrating how they wilt in the face of... you know... genocide. Viveca Lindfors plays a psychiatrist who offers Paul another voice of reason that he willfully shrugs off. Most evocatively, Patricia Elliott appears as an alienated housewife who spills her guts to Paul while they're stuck on a stopped commuter train. When this unnamed character reaches out to Paul, it's in the form of sexual desire. The film elides over the end of the train ride, leading us to assume the single-minded Paul gave her the cold shoulder or alternatively to wonder if she was just a fantasy figure after all.

In the end, Natural Enemies is uncompromising, maybe to a fault. Rex Reed semi-infamously referred to the film as "the grimmest reaper of them all," and the lingering aftertaste is a blend of sadness, shock, and disappointment in the characters. There's a clarity of vision behind the camera and specificity in the performances that makes Natural Enemies truly feel alive, but this is also the kind of bleak tale that requires the properly calibrated headspace to appreciate. Proceed at your own risk. 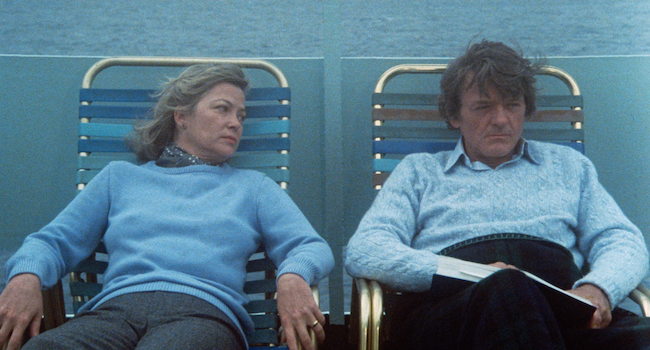 The Blu-ray
Natural Enemies is packaged with a reversible cover featuring new art by Tony Stella on one side and an approximation of the RCA/Columbia VHS box art on the other. A booklet featuring an essay by Fun City Cinema author and former DVD Talk critic Jason Bailey is included. A limited-edition slipcover, featuring an embossed version of the Tony Stella art is available exclusively at the Vinegar Syndrome website.

The Video:
Natural Enemies' status as a neglected film is further driven home by an opening title card which states that this AVC-encoded 1080p 1.85:1 presentation is sourced from the Library of Congress copyright deposit print. As such, it's no surprise that there's some wear-and-tear: mild scratches, sporadic density issues and even a handful of splices. Acknowledging that, this is still a good-looking scan with strong detail and organic-looking film-grain structure. The opening title card references some discoloration on the print, but the colors seem consistently saturated within the naturalistic palette established by DP Richard E. Brooks.

The Audio:
A satisfyingly solid DTS-HD MA 2.0 mono mix. Dialogue is generally clear. The mix features some powerful moments where certain FX really dictate the mood (notably, a ticking clock in the opening). The score by jazz veteran and French Connection composer Don Ellis is quite melancholy and effective. One subtitle option: English SDH.


Final Thoughts:
There are few debut films as quietly unflinching as Natural Enemies. Hal Holbrook and Louise Fletcher are raw and powerful as a middle-class couple on the verge of oblivion, while brief appearances by Jose Ferrer, Viveca Lindfors, and Patricia Elliott paint the surrounding reality with equally vivid brushstrokes. Fun City's supplements -- including an hour-plus interview with director Jeff Kanew that should be a must-see for fledgling filmmakers -- make this an outstanding package. The whole thing comes Highly Recommended. 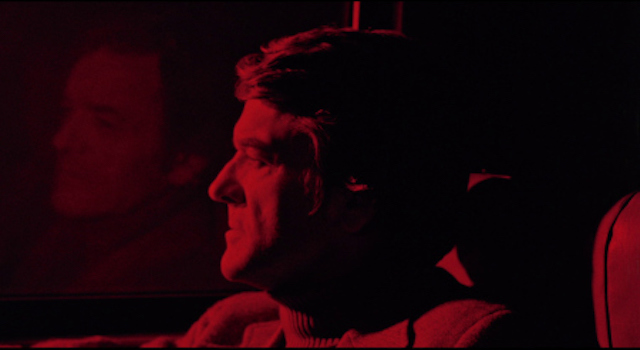