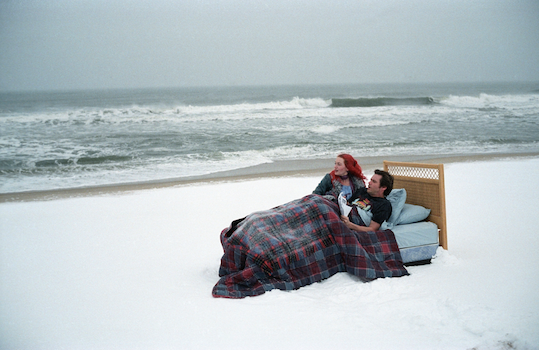 NOTE: The images accompanying this review are promo stills that do not reflect the quality of the discs under review.

Eternal Sunshine of the Spotless Mind is the miraculous film that perfectly merges the complimentary conceptual, intellectual, and emotional strengths of writer Charlie Kaufman and director Michel Gondry. These two had teamed up before for the intriguing but not-quite-there comedy Human Nature in 2001. Eternal Sunshine treads slightly similar thematic ground, by having scientists attempt to solve the mysteries of human relationships, but maintains an emotional grounding within its high concept.

The set-up is deceptively simple. Joel (Jim Carrey) is shy and withdrawn. Clementine (Kate Winslet) is brash and forthcoming. They meet cute on a weekday train between Manhattan and Montauk. Their conversation is strained but Clementine can't resist prodding Joel into noticing her, and Joel is into her too. They chat some more and decide to see each other.

The thing is, they've already been seeing other for a couple years and they just had an experimental procedure to erase each other from their memories. The film jumps back and shows us the moment Joel realizes that Clementine erased him. Joel finds Dr. Howard Mierzwiak (Tom Wilkinson) at Lacuna Inc., and he tells the doc to do the same to him. A couple of guys come by Joel's apartment with a contraption to hunt through his memories while he sleeps and remove the Clementine memories, one by one. Easy peasy. Except one of the techs, Patrick (Elijah Wood), has secretly been using Joel's stored Clementine ephemera to woo her himself. Also, the other tech, Stan (Mark Ruffalo) is focused on scoring with his co-worker Mary (Kirsten Dunst) when he should be manning the machine.

Because these guys are doing such a sloppy job, Joel becomes all too aware of what's happening. He decides he doesn't want to have his memories erased anymore, so he starts finding ways to thwart the process. This includes hiding his memory version of Clementine in parts of his brain where she doesn't typically belong.

Eternal Sunshine is about relationships, but it's not really a romance. It's sort of a romance in reverse, showing the pain and acrimony of a break-up first before working its way backward through Joel's memories to get to the good parts and the couple's original meet-cute.

Kaufman is noted for his unconventional screenplays, but this script is shockingly lean and focused. The story seems to be flailing backward and forward through time, but Kaufman locks in on Joel's attachment to Clementine -- whether it's love or not -- as the spine of everything. At first, Joel wants to get back at her and remove her, but then he wants to fight for her to remain a part of him. Gondry conceives many simple but devastating visuals for the way that Clementine is erased from Joel's mind: she goes out-of-focus, her things abruptly disappear from settings, her image even disappears from the side of a mug she is drinking.

Carrey and Winslet both play against type without making that the only reason for their performances. You can feel them both wanting to serve the story and fill it with as much lived life as they can. The supporting ensemble is ridiculously good as well, offering little pops of color while serving the underlying emotional tenor of the flick.

Eternal Sunshine reflects on heartache in a way that is extremely idiosyncratic but speaks to many common experiences. When I mentioned recently that I was re-watching this film to review the 4K disc, I had a half-dozen different people tell me they loved it when it was new but they were afraid to be let down upon re-watch. There are aspects of Eternal Sunshine that feel like "indie mid-'00s," especially DP Ellen Kuras's cool color palette and handheld camera work, but the performances and story still shine through. If you haven't seen this in a while -- or you haven't seen it at all -- you should treat yourself to this happy-sad movie. 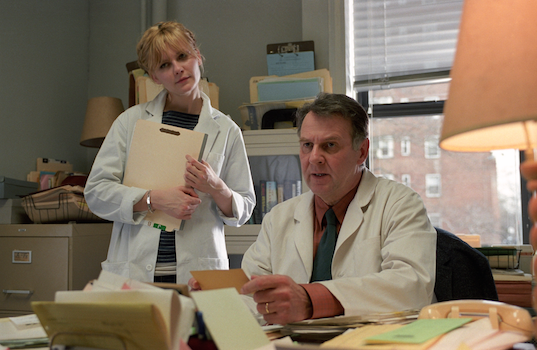 The Video:
There has been most hand-wringing in cinephile circles about what the heck this HEVC-encoded 2160p 1.85:1 presentation would look like, considering that the original distributed film was finished on a 2K digital intermediate. As Ellen Kuras makes clear in the new supplement on the disc (see below), this is a fresh master that she personally oversaw and not a flat up-res. While Kino is not transparent about whether they went back to original film elements or stuck to a purely digital space, these untrained eyes suspect it might be a mix of both. Certain sections feel more organic and others feel more digitally processed. Only the fussiest of viewers will probably notice or care. The overall presentation is much more vivid than earlier home presentations, with more nuance in the often chilly color palette.

The Audio:
Kino offers both a DTS-HD MA 5.1 surround and DTS-HD MA 2.0 stereo audio option. Most listeners are going to default to the more immersive surround, but the stereo is more than suitable for folks without a tricked-out home-audio set-up. An English SDH track is provided.

Special Features:
As with many 4K/Blu-ray combos, the bulk of the extras are on the Blu-ray Disc only while the commentary is on both discs. Most of the extras are ported over from the DVD special edition (and the HD DVD). The Ellen Kuras interview is newly produced.

Final Thoughts:
One of the best films of the '00s. The 4K disc release is a perfect excuse to revisit -- or check it out for the first time. (Although, how can you be sure you've never seen it???) Highly Recommended. 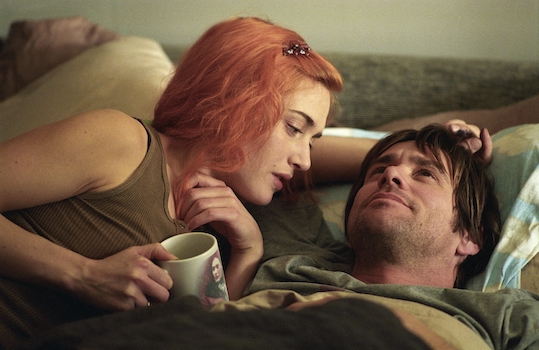