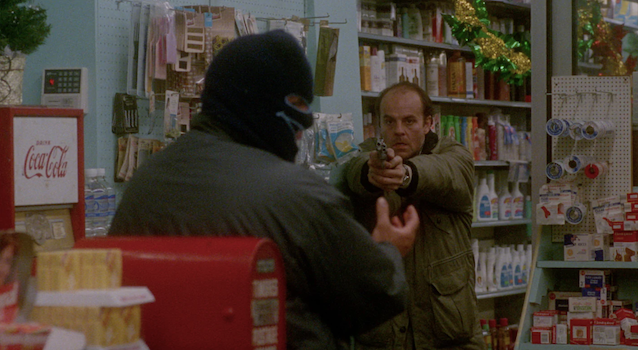 Michael Ironside (Scanners) stars in Mindfield, a 1989 Canadian action thriller with a conspiracy theory bent. Ironside plays Kellen O'Reilly, a Montreal police detective haunted by the legacy of his cop father. He is also haunted by invasive memories of medical experimentation and brainwashing. Christopher Plummer appears as the brainwash doctor, Satorius, successfully dodging prosecution due to lack of hard evidence -- and a bit of string-pulling by the CIA. Class of 1984's Lisa Langlois is a bleeding heart lawyer who is simultaneously trying to sue Satorius for his misdeeds and facilitate a labor strike for the cash-strapped police force.

These folks are brought together when a rogue band of heavies starts bumping off guys in search of blackmail evidence. O'Reilly initially assumes these murders are a Mafia thing, but it soon becomes clear that these guys are trying to hush up MK-Ultra activities. You know, like what Satorius did to guys like O'Reilly.

This straight-to-video programmer is directed by Jean-Claude Lord, who made the absolutely awful Eddie and the Cruisers II, and features writing contributions from My Bloody Valentine's George Mihalka and The Amityville Curse's Tom Berry. With all these powers combined, the end result is a bit workmanlike. But there are glimmers of offbeat personality. Ironside is the glue that holds this flick together, giving his tortured cop character dimension and pathos. Langlois is good in the thankless love interest role, and Plummer is given far too little screen time. (Presumably, he shot his entire part in a day or two.)

Mindfield was clearly designed as a disposable potboiler, but its plot is pleasantly solid and its Canadian production values (familiar from many straight-to-video flicks and syndicated TV series) are soothingly nostalgic now. Presumably, Mindfield will be no one's favorite movie, but it is a fun watch. 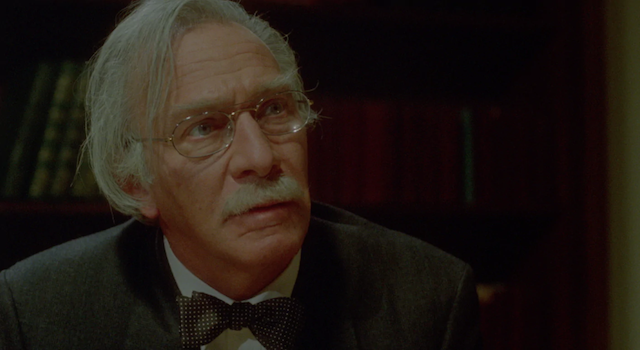 The Blu-ray
Mindfield is packaged with reversible cover art and a booklet featuring writing by Marc Lamothe. A limited-edition slipcover is available exclusively from the Vinegar Syndrome website.

The Video:
Sourced from a 2K scan of the film interpositive, this AVC-encoded 1080p 1.85:1 presentation is clean stable. The look is a bit grey and desaturated to give the sense of a dreary winter, but the restoration looks pretty darn faithful to the intended look.

- A nicely packed and entertaining discussion from a few Canadian film scholars. The section where they discuss actual MK-Ultra brainwashing methods is fascinating.

Final Thoughts:
Another fun release from the Canadian International Pictures Blu-ray label. Mindfield is a solid showcase for Michael Ironside and has a nice handful of genre thrills to (mildly) recommend it. Recommended. 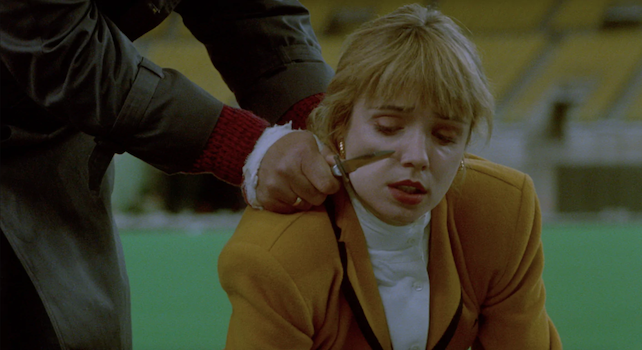