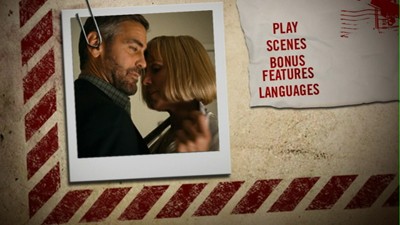 In my recent review of The Spy Who Came in from the Cold, I noted that the best spy movies are the ones that leave the viewer more in the dark at the end of the picture than they were at the beginning, that unsettles and confuses and makes us doubt our faith in the people who work back alleys in the name of our security. At the time, this called to mind Joel and Ethan Coen's most recent film, Burn After Reading, a flick I hadn't yet realized would show up in my review queue in short order. Having seen the film a second time, things are obviously more clear than the first--at least for me, certainly not for the characters, and watching them bumble into one another is the real fun anyway.

When most filmmakers choose to send-up the spy genre, they tend to lean toward the James Bond side of things, parodying the international man of mystery who likes his ladies and his alcohol and is never quite as suave as he thinks. The original Get Smart television series set the standard for this, and Mike Meyers' Austin Powers franchise could probably be considered the nail in the genre's coffin. No parodies of the more serious side of the spy game quickly spring to mind, so Burn After Reading may be shining a new light into dark comedy territory here. Even if this has been done before, the Coens are channeling a more contemporary vision of counterintelligence. Their brittle farce has roots in recent political thrillers like Syriana and The Good Shepherd, movies with labyrinthine plots that suggest the espionage world only exists as a self-sustaining subculture, effecting little else in the real world.

Or, at least, that's the interpretation the Coens run with. They begin their movie in outer space, spying down on the planet Earth from a distant satellite, only to zoom in, rocketing down on Washington D.C. and into the self-contained little lives of their players. The joke is that though common wisdom is that the big picture is made up of a bunch of little pictures, there really is no big picture. There is only what you see. Or think you see. A collection of mid-life crises elevated to national security status.

At the center of Burn After Reading is Osborne Cox (an incendiary John Malkovich, in one of his best performances in years), an old-school CIA analyst who has just hit a patch of black ice without knowing it. His superiors want to demote him, he sees no good reason for this, so he quits the job. Hearing the news, his wife Katie (Tilda Swinton) sees that the time to get out of their dead marriage is now, and she puts the wheels in motion to leave Osborne for her lover, the insecure and overly loquacious Harry (George Clooney). Harry is a former U.S. Marshall now assigned to the Treasury Department, and Clooney plays him as the goofy flipside of his Oscar-winning Syriana character. Whereas his former role was a bearded and paunchy real deal, this new role is a bearded and trim fake. Horny, over-compensating, all talk.

Before she goes ahead and serves Osborne with divorce papers, Katie downloads all the info off of his computer hard drive in order to get a clear picture of where Osborne's money is. Along with these financial records, she also picks up Osborne's memoirs and possibly some real intelligence info, and when this disc gets left in a gym locker room, it's those files that make the witless pair who find it think they have something valuable. Pretty-boy trainer Chad (Brad Pitt) sees the small picture, the possibility of a reward, but his desperate colleague, Linda Litzke (Frances McDormand), sees a larger picture. She is eager to have a variety of cosmetic surgeries in order to "reinvent" herself, and she sees the kind of big money she needs to pay for them in the computer disc. In fact, she thinks there is even more to be had, and when Osborne refuses to play ball, Linda sets out to try to steal more and sell it all to the Russians. 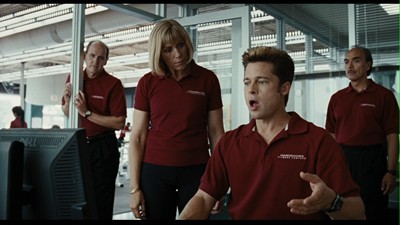 What follows this already complicated set-up is a series of unintentional criss-crossings that inadvertently draws all of the participants closer together and deeper into a conspiracy of idiocy that no one saw coming. Linda meets Harry through online dating, Harry's cheating doubles back on him and he is soon in the same position as Osborne, and poor stupid Chad gets in way over his pretty head. The whole thing is monitored by the CIA, who can't make heads or tails of what is going on, probably because nothing of great import is happening and certainly nothing planned. To divine a grander scheme from all of these dirty deals and blown opportunities would be like watching reruns of Melrose Place as an authentic document of modern human relationships.

After the dark and violent triumph of No Country for Old Men, I suppose that Burn After Reading could be considered as the Coens returning to lighter fare. The comedy here bears some resemblance to the Sturgess-esque slapstick of Intolerable Cruelty, while the genre mash-up also recalls The Man Who Wasn't There and the complexity of the plot puts to use narrative lessons learned in Miller's Crossing. These connections to the past are tenuous, however, since like pretty much every Coen Bros. movie, Burn After Reading is both a part of their long, idiosyncratic history and entirely its own animal. It may look a little like what preceded it, but you might not put the various films together were you asked to identify them in a line-up.

Much is often made of the Coens' kinetic and inventive visual style and the precision of their writing, but the directing team's greatest gift may actually be in their ability to put together an impressive ensemble cast and coax remarkable performances from them. The casting in Burn After Reading is pitch perfect, from the bristling Malkovich down to minor roles by supporting players like David Rasche, Richard Jenkins, and J.K. Simmons. Frances McDormand is mesmerizing, as per usual. Linda is like the twisted, vain cousin of her down-home police officer in Fargo, and the actress manages to make her sympathetic while also a bit despicable. Brad Pitt's take on Chad borders on self-parody--or, at least the actor appears to be having fun with the cliché that a guy as good looking as he is would not be very bright. (And is his alter-ego as "Mr. Black" in Chad's badly chosen career as a blackmailer a subtle nod to past bad choices of Mr. Pitt, specifically the infamous dud Meet Joe Black?) Though he and Clooney are not comrades in this picture, they bring the same quirky sensibility to Burn that has made the Ocean's films such a hoot. These actors love personality ticks--Harry's obsession with flooring, Chad's dance moves and predilection for gum--and they are highly skilled at making them a part of the comedy without turning it into shtick. Likewise, the Coens manage to have a lot of fun with misappropriated language, which floats by without comment and makes this already entertaining film even funnier for those willing to listen.

Boy, but how I do go on! Explaining Burn After Reading is a task of equal folly to the events depicted in the movie itself. I feel a little like David Rasche at the end of the film trying to give his boss the lowdown on what all has gone on. Neither of us gets close. Suffice to say, the Coen Bros. have made another adventurous, unclassifiable film in a brilliant career full of adventurous, unclassifiable films. This black comedy of errors is a fantastic lampoon of espionage thrillers, inflating the self-importance of the genre until it explodes into one spectacular, ingenious mess. 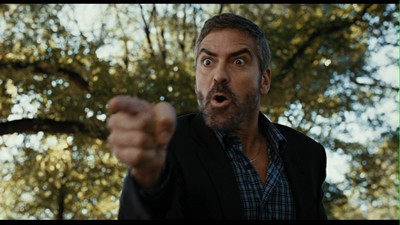 Video:
The 1.85:1 anamorphic transfer of Burn After Reading is of the quality one should be able to expect from a current release. The gray D.C. days give the movie a chilled look that is maintained on disc, with the colors and tones all looking very good. I saw no digital problems in terms of edge enhancement or artifacting. The studio gets this one right the first time out.

Sound:
Two 5.1 Dolby Digital mixes here: one in the original English, and the other a French dub. The English audio track is excellent. Complicated soundscapes are kept clear, and the all-important dialogue is given a prominent position that ensures it can always be heard.

Subtitles are also available in Spanish, French, an English for the deaf and hearing impaired.

Extras:
There are three bonus featurettes on this disc. Alas, the excellent theatrical trailer is not among them. Usually, I don't care, since I don't really need the trailer once I have the film, but Burn After Reading's teaser, which used the Elbow song "Grounds for Divorce" to great effect, was particularly memorable. (And the choice of song makes even more sense once you've seen the film.) 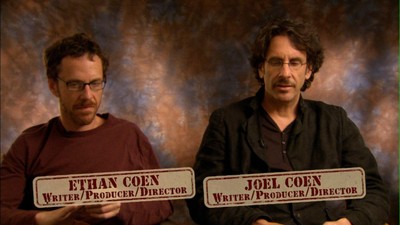 The expected promo material makes up "Finding the Burn" (5 minutes, 21 seconds), a collection of cast and crew interviews. The Coens are their usual reluctant selves when it comes to explaining their motivations, and outside of some joking from Clooney, everyone else is ebullient in their praise of the working experience. The second supplement, "DC Insiders Run Amuck" (12:24), is more of the same, but this time instead of focusing on the overall production, it's about the cast, their characters, and their costumes. There is also some time given to production designs.

I am not sure exactly why "Welcome Back, George" (2:51) is given its own segment, when really it's cut from the exact same cloth as the other actor profiles in "DC Insiders." Either it's because of the special relationship Clooney has with the Coens, or just because they wanted the DVD to look like it has more than it does. The world may never know.

All in all, pretty mundane extras. Was there really no bonus footage from Coming up Daisy?

FINAL THOUGHTS:
Highly Recommended. I am sure that some will be baffled by the bizarre nature of the new Coen Brothers movie, but I found Burn After Reading insanely enjoyable. This story of spies, personal fitness workers, and their varied struggles through middle life, encompassing blackmail, perversion, death, and adultery, is the darkest of comedies, and sure to inspire the same devotion from fans as past Coen efforts. It's full of story points ready to be debated and lines eager to be quoted. Pure, dirty fun. 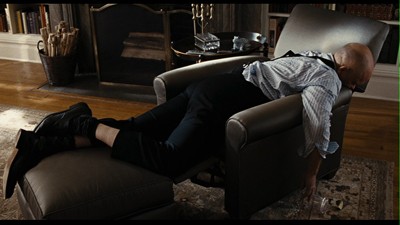