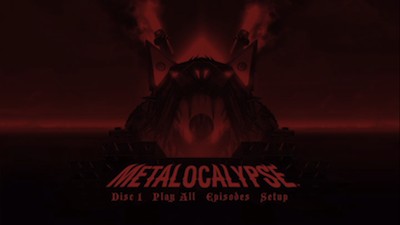 There is a music video at the end of the third episode of Metalocalypse: Season Three that may be the most outrageously hilarious thing the cartoon series has ever done. The particular show is called "DethHealth," and the gist of it is that death metal band Dethklok have started worrying about their own mortality. When Pickles, their drummer (doodily doodily doo), is diagnosed with a terminal disease, the group bans the words "death" and "dying" from their vocabulary, instead replacing them with "Hamburger Time." Various insane things happen during their journey through the health system--singer Nathan Explosion becomes friends with his dentist, rhythm guitarist Toki Wartooth bonds with and loses a cat, and bassist William Murderface has a rather intimate moment in the exam room--and all these things explode in one tripped-out psychedelic musical number that I've watched multiple times and still can't turn away from.

It's actually kind of surprising that Metalocalypse continues to improve on itself. I daresay Season Three is the best so far, yet I never would have guessed the show had this much life in it. As a concept, Metalocalypse seemed like a one-trick pony that would run that trick into the ground. How much comedy could they really pull out of a cartoon about the biggest metal band in the world? A few Metallica Some Kind of Monster riffs, a little MTV parodying, and probably some ground that This is Spinal Tap covered, and that would be it, right?

Nope. Wrong. Metalocalypse, which was created by Tommy Blacha and Brendon Small, continues to expand on its brutal universe, digging through rock 'n' roll mythology and taking it to increasingly absurd places. In Season Three, they tackle the concept of tribute bands (Episode #2, "TributeKlok"), songwriting credits and nu-metal ("Dethsiduals"), drug rehab and drum machines ("Rehabklok")--all material they had somehow not messed around with before. We also get the dark Scandinavian origins of lead guitarist Skwisgaar Skwigelf in Episode #5 (it involves a promiscuous mother, wolves, and an electric axe bestowed by the gods), and not one, but two Dr. Rockso the Rock 'n' Roll Clown episodes. One doubles as a Christmas special (Episode #4, "Dethmas") and the other one is a freaky send-up of reunions, playing on Rockso's origin as a David Lee Roth spoof. 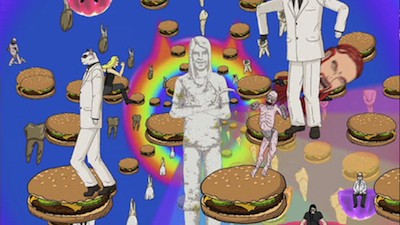 Metalocalypse is an Adult Swim staple, and its animation style is a cut above the more rudimentary programs in the line-up (such as Aqua Teen Hungerforce) but several steps below the gold standard of The Venture Bros.. The cartooning is limited, with the characters regularly using a few standard poses and most of the resources going into bigger action sequences or detailed digital props and backgrounds. A lot of work goes into that "Hamburger Time" video, for instance, and there is also quite a bit of pyrotechnics in the season finale, "Doublebookedklok." In the big send-off, the band accidentally schedules concerts in both Syria and Israel for the exact same time. Completely out of touch with current events, Dethklok has no idea they are fanning the flames of war, and they have to come up with a solution to please both sides of the border. It's an ending that has lost a little of its edge in the scant few weeks since the episode first aired on Cartoon Network. It is no longer as outsized and far-fetched now that Japan has invented Hatsune Miku, the holographic popstar.

Even if the animation might not be state of the art, the music on the show is. Brendon Small, who performs vocals and plays guitar, leads a crew accomplished enough that Dethklok can actually tour independently of the TV show. The songs are mostly hardcore thrash numbers with ridiculous lyrics relevant to the episode, though increasingly, the music now sidetracks into other styles. "Hamburger Time" is an indescribable mash-up, and in this season, both Pickles and Murderface get solo numbers that serve as more traditional musical-style showtunes (i.e. outer expressions of inner feelings). It's crucial that a music spoof actually have songs that work both as music but also as comedy; in this, Metalocalypse absolutely slays.

Metalocalypse: Season Three has 10 episodes, each about 21-minutes long. The DVD set spreads them across two discs, 5 episodes each. These are the uncensored versions of the show. Both the foul language is left unbleeped and the inappropriate nudity is no longer pixilated. Ever wonder what Pickles' pubic hair looks like? You need not wonder anymore. While I recently complained that maybe The Venture Bros. was funnier for having the swearing bleeped, I was surprised that I didn't feel the same about Metalocalypse. Though I miss the guitar sounds they use to obscure the cussing in the broadcast versions, not having them there didn't lessen the impact of the jokes. Maybe it's because the swearing is more expected of the characters, and thus less "shocking." I don't know. Either way, you should know what you're getting into. 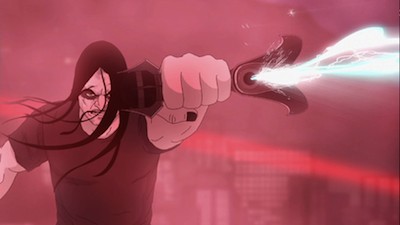 Video:
All 10 episodes of Metalocalypse: Season Three are presented in an anamorphic widescreen format. The image quality is very good, with strong colors that are true to the original broadcast presentation. There is some digital pixilation in the linework, but this is a result of the digital animation style and not the DVD manufacturing.

Sound:
All the shows are mixed in 5.1 surround and the audio quality is excellent. Beyond the thundering death metal, there are actually lots of small details that work the different speakers to give Metalocalypse lots of background atmosphere.

Extras:
Metalocalypse: Season Three comes in a standard-sized plastic case with a hinged interior tray. The case also has an outer slipcover, and rather than just being the same artwork reprinted on both, they work together design-wise to form a complete package. A paper insert in the case advertises merchandise from the show. 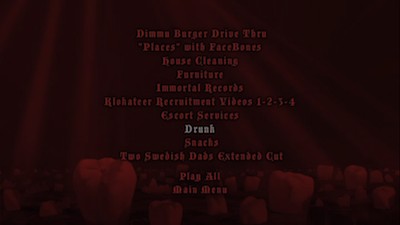 DVD 2 has all the bonus features, which in this case is deleted and extended scenes. These run 49 minutes all together and are mostly really funny, though some of them go on way too long, I can't see how they didn't know this stuff was fat that needed to be trimmed. Pickles and Murderface making fun of regular folks at Ikea is pretty damn hilarious, I have to say. The bits about Klokateer applicants is nearly unwatchable, though.

The DVD package actually has less extras than the Blu-Ray, which has music videos and a long program featuring Nathan Explosion reading from Othello. Read Michael Zupan's review for more on the BD presentation.

FINAL THOUGHTS:
Metalocalypse: Season Three is my favorite the hard rockin' cartoon has offered so far. Dethklok's most recent animated adventures go to astounding new realms of absurdity, and it's funnier than a show with this supposedly limited of a concept has a right to be. The Flash-style animation can be a little crude, but the writing and the music are top-notch, inventing new ways to riff on the rock 'n' roll lifestyle. Highly Recommended. 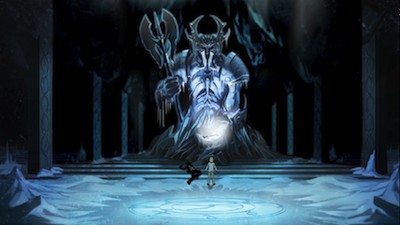