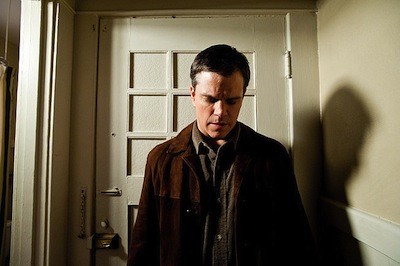 Imagine this scenario: You find yourself at a party where you don't know anyone. So, you search out the room, looking for the most interesting conversation to insert yourself into. Standing at the center of the soiree, you overhear three different stories, and you scan one to the other, checking in and out of all three, waiting for one to hook you. Except none of them do, they go nowhere. Man, this party sucks.

Okay, now let's take it further. Those three people you are listening to are the woman who wrote The Secret, that creepy "Crossing Over" psychic guy John Edwards, and a Dickensian orphan made flesh. Pick any little Dickens. How about that kid from Great Expectations, just to make it all the more ironically disappointing? Now the stories don't just go nowhere, but you really have no interest in listening to them in the first place. These people suck!

Well, that's exactly what it's like watching Clint Eastwood's latest, Hereafter. Only, this is a movie, and so narrative convention tells us that at some point, all three of these stories will intersect. Somehow the woman who wrote The Secret will give John Edwards the inner strength to tell Pip that Miss Havisham intended for him to have the inheritance after all*, and all of this will matter. Just give Clint the two hours he needs, he'll give you that ah-ha moment.

Except, no, he won't. Somewhere in all of this narrative mess, Eastwood and writer Peter Morgan (Frost/Nixon) forgot that all these things are supposed to matter, and for them to matter, there has to be some driving force that pushes them together, that links these disparate stories and tells us something, anything, about why we have been asked to invest our time in these people. Fat chance. Hereafter is much ado about nothing. Spoiler alert: things are actually okay after we die, and our loved ones want us to go on without them when they're gone. It's psychic hokum: thanks for telling us exactly what we wanted to hear, because it's what we knew all along, and golly, that's reassuring. 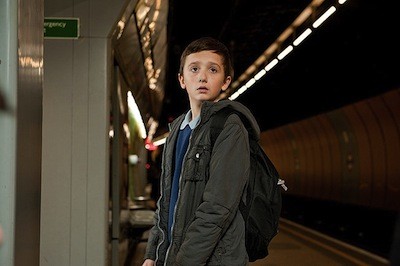 For those of you who think I am being facetious, I will break it down in the simplest of terms. Hereafter is about three different people in different parts of the world. After surviving a tsunami in Asia, French television journalist Marie (Cécile de France, Mesrine: Killer Instinct) gives up everything to pursue the greater meaning of the soothing light she saw when she nearly drowned. Meanwhile, in England, young schoolboy Marcus (Frankie and/or George McLaren) loses his twin brother Jason to a random act of violence, is shuffled into foster care while his mother kicks heroin, and seeks an answer to why he lost his brother and a way to communicate with him one last time. Elsewhere, in San Francisco, George (Matt Damon) is working at a sugar factory (because, hey, he's a sweet guy) and trying to put his years as a genuine psychic behind him. A childhood accident left him with the freakish ability to talk to the dead, but all the pain and grieving that comes with connecting the living with their departed loved ones has left him drained. He can't touch you without seeing your spiritual residue, and it makes it all but impossible to have a normal life.

Where do you think these three will end up? It's destiny! The slow, grinding wheels of destiny! Seriously, for the first hour and fifty minutes of this movie, none of these people talk to each other, they never hear about one another, there isn't the faintest connection between them. You'll keep waiting for it, you'll keep wondering when Eastwood will reveal what is going on, but Clint is like the tantric master of narrative payoff: he's not going to spill his seed until you're thoroughly bored with it. The only thing that would have served my simile better is if Hereafter had been scored by Sting. You know, a lover that takes his time. (Instead, Eastwood does his own score, and so the soundtrack is totally cheesy, too.)

In the interest of "if you can't say anything nice," any one of these three stories might have been an all right movie on its own. Or even any two if Morgan had developed some kind of converging interests for his characters. Additionally, there is a brief romantic interlude between Matt Damon and a flighty gal (played fetchingly by Bryce Dallas Howard) that could have really gone somewhere had they let it; instead, the girl is dropped almost immediately. The movie also opens with an incredible sequence of Marie being caught in the tsunami that is one of the most convincing renderings of a natural disaster I've seen on a movie screen. It's absolutely terrifying and shot with tremendous dexterity and skill. In fact, Eastwood's regular director of photography Tom Stern continues to have an aesthetic reach that exceeds his director's grasp.

Unfortunately, that's maybe fifteen minutes of a movie that runs about one-hundred-and-forty. It's a whole lot of nap to take to get brief snippets of a very cool dream. I'd have even been able to accept if the Hereafter was intended to just be uplifting pabulum, yanking at the heartstrings as if they were weeds strangling our fragile emotions, except Hereafter is a movie cold to its own cloying sentiment. The finale is too matter-of-fact to even matter. The party has ended, and those three people are still talking, and no one has bothered to tell them the rest of us have scurried along home. 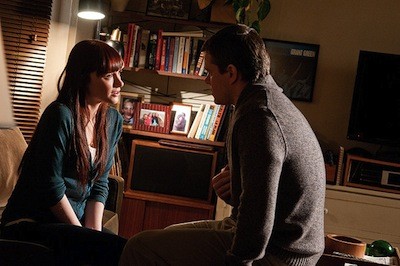 * Yes, I know that's not how Great Expectations goes, no need to inform me. I also don't hate Dickens all that much. Just sometimes.