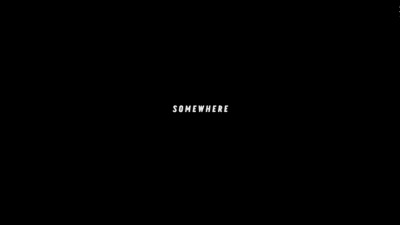 Sofia Coppola said she wanted to create a specific mood with her latest feature, Somewhere, instead of focusing on narrative. The daughter of legendary filmmaker Francis Ford Coppola, Sofia Coppola likely knows Hollywood as well as anyone, yet her insight into its culture feels stunted. Somewhere, about a listless actor who tries to bond with his 11-year-old daughter, is pretty to look at, but the film is emotionally hollow and superficial. Perhaps that was the mood Coppola was going for. 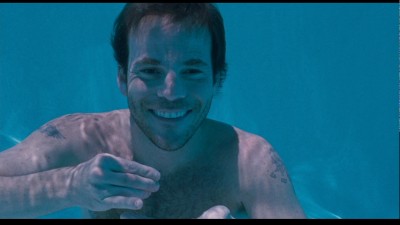 Actor Johnny Marco (Stephen Dorff) lacks both a passion for his craft and any discernible hobbies. Permanently shacked up at Hollywood's famous celebrity alcove the Chateau Marmont, Johnny boozes and screws through the calendar at leisure. He must make some adjustments to his Playboy lifestyle when his daughter Cleo (Elle Fanning) shows up to stay for awhile.

It's no mistake that Coppola opens the film with a fixed shot of Johnny racing his Ferrari around a circular track. He's apparently a very famous actor, but Johnny seems content to be led through a string of press conferences and wardrobe fittings without much concern about his public persona. 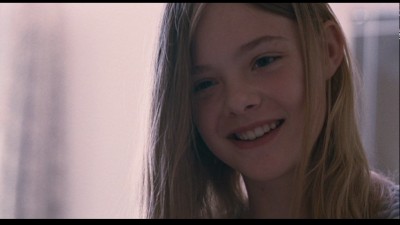 Coppola shows us that Johnny boozes and pops pills, but she avoids taking him down the path of excess followed by much of young Hollywood. Johnny prefers commitment-free sex, which works out fine except when it doesn't. In a brief cameo, Michelle Monaghan plays Johnny's co-star who is less than thrilled to see him at a press junket, and Johnny gets angry texts from a mystery lady throughout the film. Some scenes also suggest that Johnny's star is fading; his only permanent hanger-on is Sammy (Chris Pontius), who is either a lifelong friend or relative, and Johnny's paparazzi paranoia seems at all times unfounded.

Coppola is more than capable of making a beautiful, moving film, and Lost in Translation remains her best. Somewhere has many of the elements that made that film a success, but Coppola remains too detached for her subjects to make the film truly memorable. In the DVD's behind-the-scenes documentary, Coppola says she wanted to show what it is like for a child to live in an adult's world. Johnny has clearly been absent from much of Cleo's life, but their relationship is refreshingly devoid of friction and conflict. 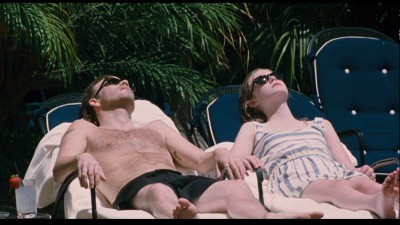 Johnny and Cleo simply don't know each other at all. When Johnny takes Cleo to Milan for a film premiere, he sidesteps oncoming women to form an awkward bond with his daughter. Somewhere almost paints an interesting picture of what Cleo experiences as a celebrity's offspring, but scenes in grand hotel rooms and limousines are too isolated to tell the whole story. I agree with Brian Orndorf, who in his review of Somewhere said that Coppola surely could have drawn from personal experiences to make Johnny and Cleo's relationship more interesting.

No one learns anything or changes for the better in Somewhere. Instead, Coppola lets the beautiful cinematography from Harris Savides stand in for anything truly moving. Coppola frames scenes beautifully even if she resorts too often to extended stationary shots, and the look of Somewhere alone gets Coppola some of the mood she was shooting for. Dorff's performance is good considering what's written, which isn't much. Fanning seems to be maturing into a better actress than her older sister, Dakota, and her portrayal of Cleo is precocious and energetic.

I can appreciate Coppola's desire to make each of her films unique, and Somewhere ends up an accomplished disappointment. I only hope Coppola will someday allow her characters to speak loudly and move swiftly in an effort to give the audience a better look at their struggles. 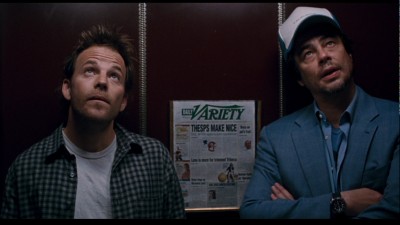 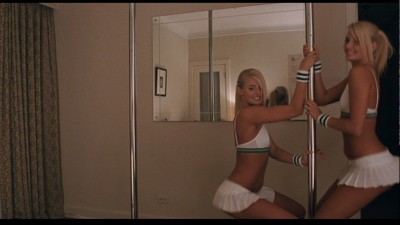 Universal's 1.85:1 anamorphic widescreen transfer for Somewhere is excellent. The film's natural layer of grain is preserved, and detail is abundant. The subdued color palette is precisely replicated, and the transfer does not stumble over high-contrast outdoor scenes. Skin tones are natural, and blacks remain deep without crushing. The only flaws are some slight aliasing in the form of moiré patterns on bricks and trees and a negligible amount of edge enhancement I noticed when Johnny and Cleo are playing ping pong outdoors.

Somewhere is a quiet film, and the Dolby Digital 5.1 surround track preserves this mood well. Conversations are consistently replicated well, as are ambient effects. The track puts viewers amid a bustling press conference or outside in the heat of the Chateau Marmont's pool with ease. The track is subtle, but the blend of dialogue, effects and music wafts through each speaker as designed. Spanish and French 5.1 tracks also are available, as are English SDH, Spanish and French subtitles.

Only one extra is included, Making Somewhere (17:01), but it's excellent. This short behind-the-scenes documentary features on-set footage and interviews with the cast and crew, and dives into Coppola's directorial process and inspirations for Somewhere. Despite my lukewarm reception to the film, I appreciate Coppola as an auteur, and I enjoyed seeing how she put the film together. Also interesting are the insights from Dorff, who recounts his wild 21st birthday party at the Chateau Marmont and tells of a bird the crew swears is John Belushi. 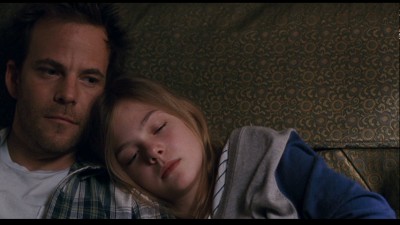 The steady hand of Sofia Coppola does not reach deeply enough into the lives of actor Johnny Marco and his daughter Cleo to strike an emotional core. Even with beautiful images suitable for Vogue magazine and strong performances by Stephen Dorff and Elle Fanning, Somewhere still is hollow and unsatisfying. Consider it an accomplished disappointment from a talented director. Universal's DVD features excellent picture and sound and includes an interesting making-of piece. (Lightly) Recommended.