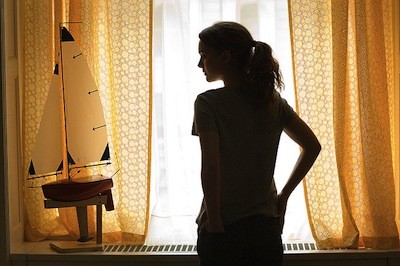 Portman stars as Emilia, the proverbial other woman. The young lawyer turned the head of one of her bosses, a wolfish gentleman named Jack Wolfe (Scott Cohen, "Law & Order: Trial By Jury"), and he left his wife, Carolyn (Lisa Kudrow), a renowned obstetrician and the very definition of a ball buster. With her new marriage, Emilia has also gotten a stepson, Will (Charlie Tahan), and the scorn of the other mothers at his school, who see Emilia as representing the younger model they may one day be replaced for. The switchover from one wife to the next was a quick one, as Emilia unexpectedly got pregnant. The baby girl, however, died three days after she was born, a trauma Emilia has yet to move on from.

The Other Woman is based on Ayelet Waldman's novel Love and Other Pursuits. (Aside: can we send out a memo that there will forevermore be a ban on titles that are Love and Other _____?) The film does have a certain aloof literary quality that could be responsible for much of its cold snap. There is a constant air of privilege to much of the story. These are people who can afford to be stuck in their problems, be they petty (Carolyn is something akin to a fairy tale monster) or deep, without worrying about how much this has derailed their actual life. It's not that well-to-do people shouldn't have their stories told, but they should at least be interesting. It's what sets John Cameron Mitchell's Rabbit Hole, this season's other movie about mourning deceased offspring, apart from The Other Woman. The couple in that film shares an actual existence that has been knocked off track by their tragedy. They have been overwhelmed by grief and it has subsumed everything else, and it's messy and wet and it makes the viewer think they'll never climb out of this swamp of sorrow. It's grief porn I can get behind! In The Other Woman, it's the opposite: everything else is standing still and holding its breath so as not to shatter Natalie Portman's porcelain despair. 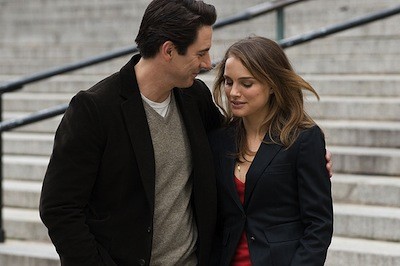 Which is harsh and maybe venomous ink best left for a movie I actually hated rather than one I am ambivalent to. I sort of end up neither here nor there when it comes to The Other Woman. It's put together well, nice looking overall, maybe a little too made-to-order. You know that scene in the Coen Bros. film A Serious Man when Sy Ableman hugs Larry Gopnik, enveloping him with his man sweater, and tells him everything will be all right? Roos has made The Other Woman as a cinematic hug, hoping to enclose his characters in his own directorial sweater. Everything seems tailored to make them feel better, including the soothing alternation between John Swihart's piano-driven score and quiet indie music by the likes of Adele and the Flaming Lips. The problem is, he's so busy wrapping up Portman and her pals, he forgets to let the audience inside the sweater, too. It's cold out here, man, come on!

Roos is capable of better than this. His last movie, the little seen Happy Endings, was a surprising ensemble piece with difficult characters and complex psychology. The Other Woman takes a different tack, giving us simple people and simple answers. The emotional confrontations between Emilia and Jack, Emilia and Carolyn, or Emilia and Will are fairly pat. Jack boils Emilia's central issue down to a simple homily: you're hardest on the ones you love. Her director, on the other hand, takes it easy.

To her credit, Natalie Portman does her level best to give Emilia something more. She is eminently likable on screen, and honestly, I can't think of a movie that has yet been able to stifle her natural appeal. Her best moments in The Other Woman are with the kid. She and Charlie Tahan, who was also the little boy in I Am Legend, form a genuine rapport, and the relationship between stepmother and stepson has an honest push-pull that is absent in the cookie-cutter interaction the adults all have. Ironically, the husband, the ex-wife, and the nanny (Mona Fastvold Lerche) all accuse Emilia of being terrible to the boy. It's hard to tell if this is an intentional contradiction. I'd like to think that Don Roos knew that these scenes were when The Other Woman came alive, and he meant to show that motherhood, the thing she thinks she's lost, is the essential spark that could reignite Emilia's happiness. I suppose it's there either way, might as well extend the benefit of the doubt. 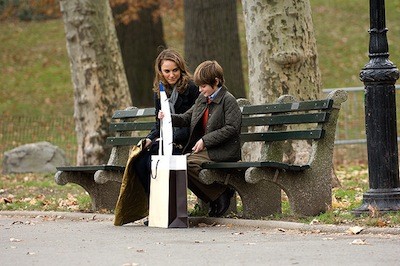