I Clowns (The Clowns) 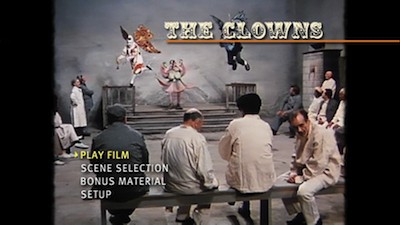 I Clowns (or The Clowns in English) begins with an illusion. At its start, it's a fictional film, with a young stand-in for Fellini watching the erection of a circus tent outside of his bedroom window. This gives way to a chaotic performance inside the tent, a remembered sideshow from when Fellini was a boy. Naturally, Fellini was as fascinated by freakish figures in the troupe as he was the gags and the pratfalls, and his sadness about clowns and circuses becoming passé--something he blames on audiences who are too self-aware to buy into the innocent trickery of old-school theatrics, something he himself is probably partially responsible for--is how that passing ultimately shatters a mirror reflecting our own human foibles. In Fellini's mind, clown are everywhere in our lives. They bridge the gap between the "normal" among us and the tramps and the drunks and the crazies that bring some level of entertainment and sadness to our everyday existence.

And so it is with the mission of restoring lost laughter that Fellini and his crew, who could be seen as a clown troupe unto themselves the way they cram into cars and stumble over one another to get where they are going, head out to explore Europe and meet the well-regarded clowns still living and visit the few circuses still operating. The was the project the filmmaker pitched to Italian television, and the deal for I Clowns was that he would make the film to appear simultaneously on both small and big screens. (Apparently there is a version that has a wider aspect ratio that was used in theatres, but we get the television sizing here despite it being the color version and the theatrical running time. (Same content, different frames per second.)) The end result is something akin to the usual Fellini spectacle, peeling back the curtain that divides audience and entertainer, tweaking our perception of reality (much of the documentary is clearly staged), and also possessing an undercurrent of melancholy. The nostalgic reverie at the start of the film foreshadows the storytelling technique Fellini would use a few years later in Amarcord, down to the schoolboy humor (so many farts and raspberries!). The final scene, an extended funeral for a dead clown, scored with the usual melodic exuberance by Nino Rota, veers off the choreography and turns into a grand comedic celebration. One can't help but think of the boys partying down in I vitelloni. What a night!

By the close of I Clowns, there is a sense that this particular performing community is one big family, hence the large group coming together at the end to see off one of their own--though, no one really died, the "deceased" is just an effigy for their singular way of life. In essence, with this movie, Fellini extends the family, with the hope of finally sealing the connection between cinema and its ancestor. This is partially done by seeking out older film records of clowns who have long since passed, but also bringing in other cinema figures. Anita Ekberg, who lit up Fellini's La dolce vitta, has a ferocious cameo as herself, and Geraldine Chaplin, daughter of Charlie Chaplin, also appears as herself, auditioning to join a circus troupe--a true case of a younger performer embracing tradition. When onscreen commentators begin telling stories, Fellini brings their anecdotes to life with new participants, showing us what the real performances might have been like, further illustrating cinema's ability to keep the art form alive. In this mission, Fellini is only partially successful, and there is something ominously symbolic in how the efforts of other film directors fail him throughout the movie, as if he should also doubt his own ability to get it done. And you know, Fellini was right to fear the passage of time and the inability of his art to fully translate that other art, there is something about classic clownfoolery that just looks silly to cynical modern eyes raised on motion pictures; yet, here I am watching and enjoying a movie about clowns some 40 years after Fellini first made it, so in some way, he froze the moment and passed it along regardless. 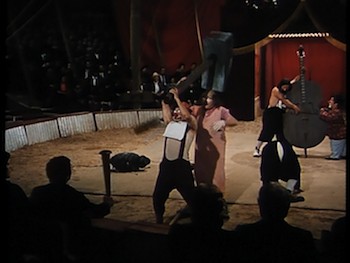 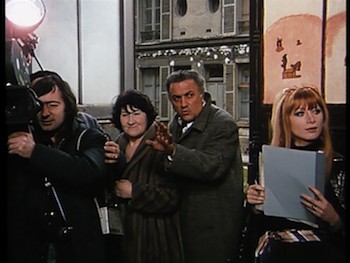 Video:
The anamorphic full frame image (1.33:1) looks pretty good, though it shows its age and has a soft appearance that suggests maybe this television production has not had its best source material preserved over the years. The colors are slightly faded and the overall look of the image is not as sharp as we might expect from a full-fledged restoration, but the lack of pixilation or digital combing suggests this is not a fault of the manufacturer, that the DVD is actually the best representation of what was available to them. Honestly, it looks just fine; if I didn't have to nitpick it, I totally wouldn't.

Sound:
The original soundtrack, which is mainly Italian (French speakers are dubbed over by Italian translators), is presented in a clean 2.0 mix that preserves the original monaural audio. There is a little bit of hiss at the beginning, but it's not clear if that is the disc or an original production flaw. The tones manage to stay clear even when the sounds get loud, and nothing is muffled.

The optional English subtitles are written clearly and with good humor, and mostly go by at a pace that I was able to keep up with.

Extras:
I Clowns has been released by a new studio called Raro Video, and this inaugural product (it has a catalogue number of RYDUSA 001) certainly impresses in terms of presentation. The DVD package comes in three pieces: a sturdy cardboard book with a plastic tray for the disc; an actual 48-page book full of Fellini's notes, his artwork, and photos and information about the programming; and a nice slipcase to hold the other two pieces in. It's both good looking and functional, and designed in such a way to assert Fellini's authorship in the same way one would when designing a novel.

The big extra on the disc is "Fellini's Circus," Adriano Aprà's 45-minute "visual essay." This extensive program digs deeper into Fellini's love of the Big Top, looking at how it influenced his other work and I Clowns' place amongst his canon. 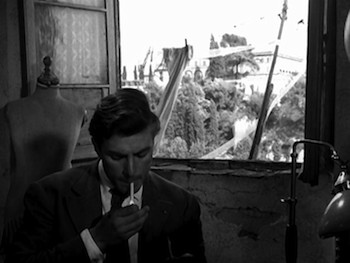 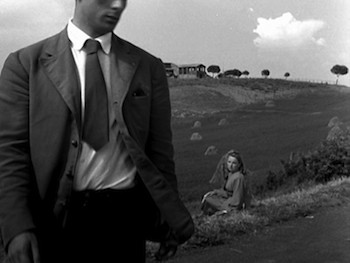 The other extra on the disc is a short film that Fellini made in 1953 as part of the anthology L'Amore in Citta (Love in the City). The 16-minute movie, titled "Un Agenzia Matrimoniale," stars Antonio Cifariello as a journalist, and presumably a stand-in for the director (the film claims to be based on a true story), who is doing a story on marriage brokers. Rather than be up front about his mission, he fakes a need for the matchmaker's services and soon finds himself having to answer to a young girl who gets caught up in his ruse. It's a sweet story, though one with a tinge of heartbreak. The black-and-white transfer of this short film looks outstanding, and this supplement makes for a real treat for Fellini fans. I love when short subjecs are included as extras on DVDs.

FINAL THOUGHTS:
Highly Recommended. Well, you're not likely to find a more passionate movie about clowns, and honestly, who better to cover this particular field than Federico Fellini. I Clowns is the Italian director's 1970 prankster pseudo-documentary about the art of clowning. Mixing memory, performance, and fact-finding, the filmmaker works his way through Europe talking to famous figures from circuses past and questioning the nature of modern laughter. It's fun, intriguing filmmaking, and new studio Raro Video comes out of the gate swinging with a fantastic package. Film fans, start paying attention to these guys now, and start giving them your support by buying the excellent I Clowns. 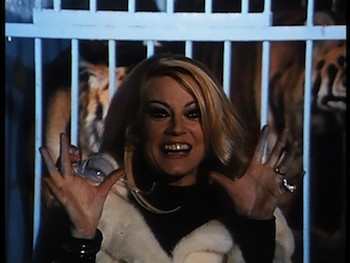 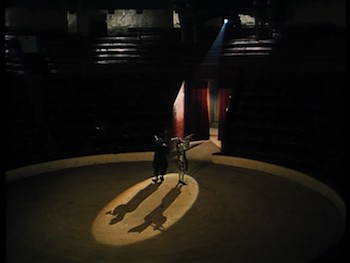