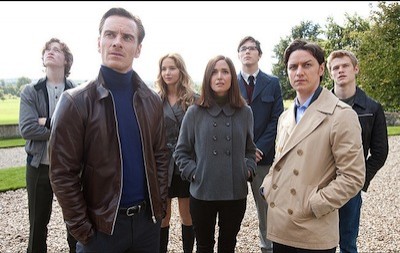 First Class? This new X-Men movie is more like flying coach. Cheap, cramped, and too long.

Oh, I got another!

They shoulda called it X-Men: School in Summer. Because when it comes to class, there ain't none.

I know, I'm being glib. But really, this movie demands it. I'm treating the material about as serious as the filmmakers. X-Men: First Class is the cinematic equivalent of one big "Yo Mama" joke.

Hoping to remind us of a bygone era when X-Men movies were actually good (you know, 2003), the producers of the franchise have opted to go back to the beginning. First Class is a moniker taken from the comics, intended to indicate stories featuring the top X-Men characters, the initial team of mutant teenagers at Xavier's School for Gifted Youngsters. Of course, most of them weren't available because Fox has already mucked up the timeline with their previous trilogy, so instead of Cyclops and Jean Grey, we get a bunch of second stringers and obscure no-hopers. The only original hero from the comics to be available here is Hank McCoy, a.k.a. Beast, played by Nicholas Hoult (About a Boy) as if he were the "before" specimen in a Charles Atlas commercial. One assumes Hoult fired his agent for getting him a role that would require him to turn into Kelsey Grammer, who played the grown-up version of Beast in X-Men 3. Take a good look in the mirror, kid, one day you'll be Frasier!

Anyway, the movie is less about the first X-team and more about the events that would cause Charles Xavier to form his mutant training academy and put Magneto on his path of human destruction. For First Class, James McAvoy is Professor X and Michael Fassbender is Magneto, and the pair portray the famous characters at their most reckless and youthful. Set in 1962, mutants have not yet gone public, but when the supervillain Sebastian Shaw (Kevin Bacon) convinces the Russians to move missiles into Cuba, extraordinary measures are required. Xavier and Magneto have gathered a small band of adolescent mutants together as a covert CIA operation, and they are going to stop the Cuban Missile Crisis. Then all of humanity will love them, right?

X-Men: First Class is a wobbly film that never finds its balance. It is at times fun and even a little thrilling, but it's also mostly dopey and even boring. There is nothing consistent about how it is put together. Some special effects are slick and impressive, a lot of them are embarrassing and cheap. Sebastian Shaw's energy absorbing powers, for instance, look really cool, whereas Emma Frost turning into a diamond woman is poorly animated and unconvincing. January Jones plays the telepathic villainess, and to her credit, she may be the only actress who can play a character that is intended to have one of the most developed minds on the planet as if she doesn't have a single thought in her head. On the other hand, Bacon is deliciously evil as Shaw, and Fassbender is a badass Magneto. Pity those two didn't get more scenes together, even though one of the major thrusts of the plot is Magneto hunting Shaw to kill him for his experiments in the Nazi concentration camps. Their showdown is impressive, two driven men clashing on a moral battlefield, arguing over the means by which they would reach a common goal. 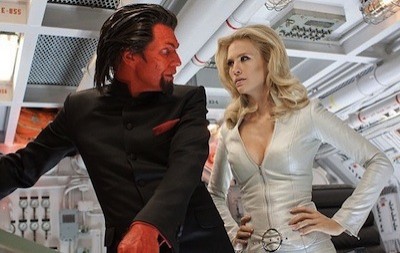 This philosophical disagreement is supposed to be the clash between Xavier and Magneto, as well, but it's one of the many things about X-Men: First Class that is underwritten. Despite having four screenwriters listed in the credits, this film was very much steered by the writing/directing team of Jane Goldman and Matthew Vaughn, who also made another haphazardly realized superhero movie together when they adapted Kick-Ass last year. Judging by the shared tonality of Kick-Ass and First Class, one could build a case for these two not having much respect for comic books. Throughout First Class, I got the impression that somewhere along the way they decided this material was silly and might as well be treated as such. It's not as if I wanted them to approach the old comics as if they were Shakespeare, but whatever playfulness they were hoping for in their spy-movie, pop-art pastiche comes off more like ironic disdain than a joyous celebration of the larger-than-life tropes of superhero mythology. X-Men: First Class is practically self-parody by design. The 1960s art direction is too on the nose, the music sounds like leftover demos from the Ocean's 11 score, and the team dynamic is lifted straight out of 1980s teensploitation. As my guest at the screening pointed out, they even raided Teen Wolf's wardrobe to get Beast's costume. "Just paint it blue, no one will notice."

The filmmakers know they are doing it, too. They stop the film to wink at the audience often enough, they damn well better. ("Hey! Did you know Charles Xavier will be bald one day? Of course you do, so here are a bunch of jokes about it!") The sad thing is, one of these winks is the best part of the movie. You know something is wrong when a two-hour-plus film is stolen by a 30-second cameo*. And that the joke is essentially the old generation schooling the new only adds one more layer to how off the mark this whole endeavor is.

If I take a moment to be charitable, I should express that there are a lot of good pieces here. There might even be all the right pieces. If X-Men: First Class wasn't so half-assed, if they had actually hired some people who knew how to put those pieces together (or even cared to try and find out), this could have been a cracking event. A lot of the cast is great, though regularly wasted (Jennifer Lawrence as Mystique is another case where the motivation is underdeveloped), and had there been a consistent and rigorous art department making sure that the sets and effects actually looked convincing rather than chintzy, then just maybe this might have been a fun superhero movie worth crowing about. As it is, it's a cartoon version of a half-remembered dream of a 1960s cooked up by someone who once saw an episode of Mad Men, made by people with a passing knowledge of comics and little admiration for them. It's a piss-poor movie orchestrated by callow bean counters satisfied with "good enough." The X-Men and their fans deserve better. 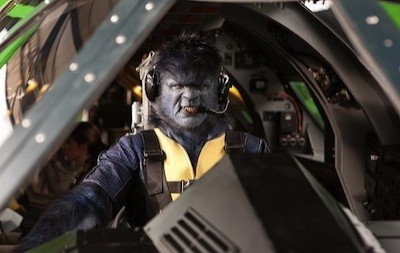 * And no, it's not a Stan Lee cameo. In fact, the best thing about X-Men: First Class might be that there isn't a Stan Lee appearance. That gag is well beyond tired.