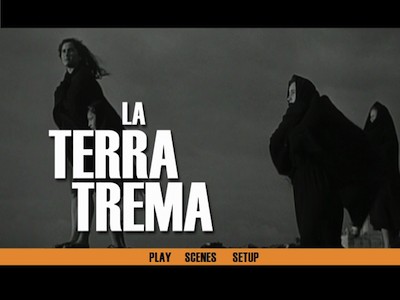 Director Luchino Visconti's second full-length feature, La terra trema (The Earth Will Tremble), is a triumph of the Italian Neorealist movement. Made in 1948, it solidifies the aesthetic, marrying real life to fictional storytelling in an imperceptible, irresistible union.

Though based on a 19th-century novel, Visconti updates La terra trema to modern times and all the concerns that come with it. The film's narrative is set in a Sicilian fishing village. It follows the community as it struggles to get by. This is a place where life is hard and so is the work to sustain it. Like anyone else, the fishermen dream of a better existence. In some cases, this might be gotten through love, but for some of the young idealists, things could be better for everyone if working conditions were improved. The bosses take an unfair cut off the top, and the law cracks down on anyone who might say otherwise.

At the center of the film is the Valastro family. Their eldest daughter, Mara, is contrasted with another young woman, Nedda. Both work at home and perform the duties required there, which we clearly see are no less taxing than going out on the waves. Nedda is being courted by Ntoni Valastro, Mara's brother, the hothead who is encouraging the other workers to take their fates into their own hands. Mara has flirtations with the more down-to-earth laborer Nicola, who is forced to seek employment anywhere he can find it, including out of town. Their younger sister, Lucia, has also caught the eye of the town marshal, who is a genial personality but, ultimately, he represents the privilege and recklessness of authority, particularly in how he so cavalierly treats those in his charge. 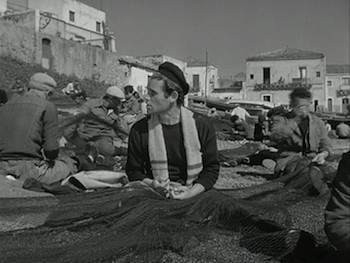 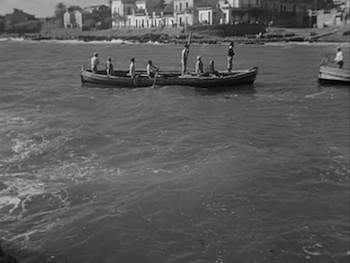 These subplots add some conventional drama to La terra trema, but the essential backbone of the film is the day-to-day. Visconti and cinematographer G.R. Aldo (Umberto D., Welles' Othello) shoot the men at work, and indeed, it's the real work they all do to get by when they aren't performing in front of a movie camera. La terra trema is infamous for having no professional actors. Everyone on screen is a citizen of the town where the movie was shot. They are, ostensibly, re-creating their own lives according to the director's script; he in turn is using these invented scenarios to show the actuality of a tough way of living to the rest of the world. Visconti himself narrates, creating a sort of political travelogue of the region.

There is actually little time for romance when your day-to-day is consumed with just keeping up and staying fed, but all the relationships I've mentioned will prove important as the Valastroes' story and situation changes. Ntoni mortgages the family home for money to buy a boat and set his people up to work on their own. Initially, he and his brother and grandfather do well, bringing in a large anchovy haul. Unfortunately, bad weather, bad business practices, and the general bad attitudes of the working class collaborate to destroy Ntoni's dreams and his family's stability. In Visconti's scenario, the biggest enemy of the people is the people themselves. As the song goes, we hate it when our friends become successful, and rather than encourage Ntoni to blaze a trail they could later follow themselves, others tear him down for being too big for his britches. Social mores being what they are, Nicola ends his courtship of Mara, citing that now she is above him in class, and he is shown to be the one decent guy in the village when the tables turn again. Most of the other townspeople revel in the family's suffering. The old bosses will only give Ntoni more work if he submits to their ridicule, and indeed, Ntoni has to hit rock bottom before seizing on his own destiny again, holding his head high in the face of humiliation. 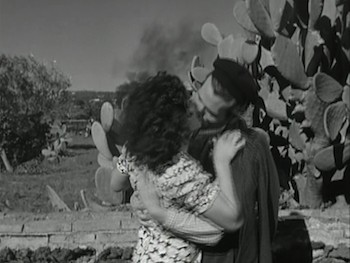 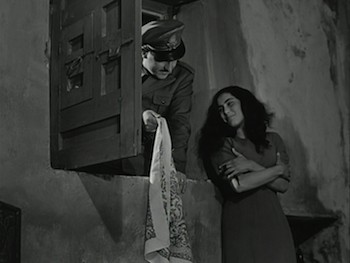 The Neorealist aesthetic is beautifully crystallized in La terra trema. Using non-actors works particularly well for Visconti. While in similar hands such experiments can seem stiff and awkward, the director finds a comfortable space for his performers to work in--both literally and figuratively. Using the real locations where these people live probably helped a lot. They get to be themselves in their own regular environment. The backdrop is appropriately ragged, yet it is photographed lovingly. Visconti chooses to shoot the locale wide, letting all the detail come through. Such is his dedication to capturing reality.

Despite its length of over two-and-a-half hours, La terra trema rarely drags, even at its most bleak. Structurally, Visconti works each element like it was a vignette. So, for instance, we see Ntoni's brother become dissatisfied and what drastic measures his restlessness causes him to take before moving on to the next stage of Ntoni's descent. The bad stuff compounds on the Valastro family, yet Visconti provides a hopeful out, using simple literary devices to put Ntoni back on his feet and back in a boat. This allows for an end that suggests that despite the drudgery of their everyday lives, if nothing else, the Valastroes and all good people like them will persevere. 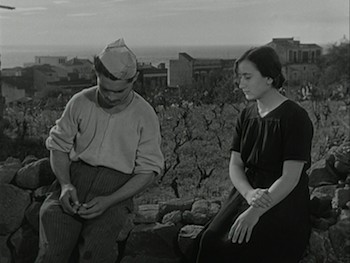 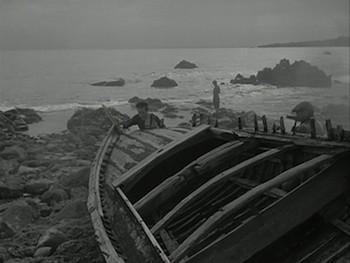 Video:
E1's DVD of La terra trema joins their other fine discs in their "Italian Neorealist Cinema/Classic" series (see also Belissima, Shoeshine). The black-and-white image on La terra trema, presented in its original full-frame 1.33:1 aspect ratio, looks very good. Damage to the print is minimal, and the balance between light and dark is very good. There is the occasional softness to the resolution, as well as some ghosting and interlacing, but not to the point that it detracts from the viewing.

Sound:
La terra trema's original Italian soundtrack is mixed in mono, and the overall audio quality is excellent. There is no hiss or glitches, and the tones are strong and free of distortion. The English subtitles are paced evenly and easy to read.

FINAL THOUGHTS:
Highly Recommended. La terra trema is a landmark of Italian Neorealist cinema. Luchino Visconti's 1948 epic of the working class is a smartly realized docudrama, using real-life performers and the true location where they struggle to show how one family in a Sicilian fishing village copes with the harsh conditions of their survival. Despite using non-actors, La terra trema never feels staged. Visconti finds a sweet spot between truth and fiction, making for a powerful and altogether relatable picture of one specific pocket of the world, rooted in one time and yet timeless. The drama still should give us pause today, as so many currently struggle with harsh economic conditions, an ongoing war against the working class, and the continual conundrum of why so many in that working class vote against their own interests. Regarless of the years that have passed and the miles between wherever you are and Sicily, you may find your own story, and that of your neighbors, in La terra trema. 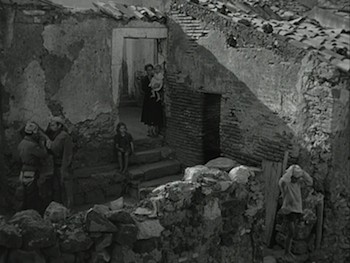 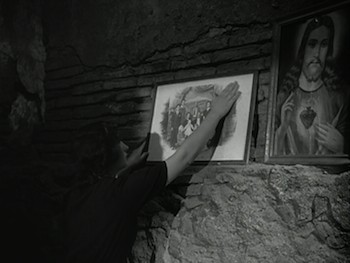