Hour: Season One, The 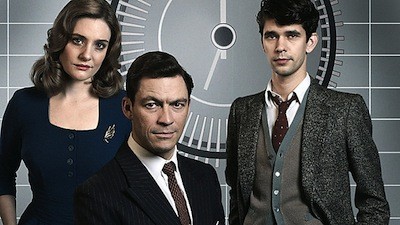 The Hour is a BBC television show that ran for six self-contained, hour-long episodes in 2011. It stars Ben Whishaw (Perfume: The Story of a Murderer), Romola Garai (Atonement), and Dominic West (The Wire) as a workplace love triangle. The plot is set in London, 1956, and it revolves around the launch of a weekly news program, something akin to 60 Minutes. Though commonplace now, the idea was a progressive one for the mid-50s. That the production would be helmed by a woman was also completely unheard of.

Garai stars as Bel Rowley, the ambitious newsreel reporter promoted to television boss (a character based on a real-life television pioneer at the BBC). As she moves up in the world, Bel attempts to take along her best friend Freddie (Whishaw), an idealist whose passion makes him risky in the eyes of the BBC executives. He is a political radical who values conviction over social graces. This makes him an excellent reporter, but a difficult person to be close to. He and Bel would likely be an item if it wasn't for his chronic need to put his foot in his mouth. He is jealous of Bel's promotion. He wanted the job.

The Freddie/Bel dynamic is further disrupted by the new on-air personality, Hector Madden (West), a war vet with a convenient marriage. To Freddie he is an empty suit whose family privilege--including the influential clan he married into--has bought him his position. Hector knows people, including members of Parliament. This can be both good and bad. The government has its eye on this venture, and one of Hector's acquaintances, Angus McCain (Julian Rhind-Tutt), regularly attempts to manage what makes it onto the air. (At the time, England had strict laws regarding what a television news show could broadcast since the BBC was federally funded.)

Paralleling this, Freddie is also investigating a touchy story that could possibly expose dirty deeds by the British secret service on their own soil. The murder of a prominent scholar (Jamie Parker) goes largely unnoticed until Freddie's childhood friend, the debutante Ruth Elms (Vanessa Kirby), puts him on the scent. Ruth also ends up dead days before she is set to be married to a man she doesn't love. It looks like suicide, but the deeper Freddie digs, the less likely that is. 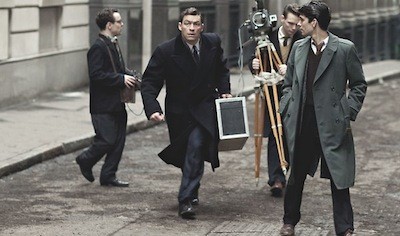 History provides an intriguing backdrop for all of this to happen. As the story is unfolding, British and French colonialism is challenged in Egypt, Hungary is fighting for its freedom from Soviet rule, and Eisenhower is staying out of both, instead focusing on his reelection in America. The pursuit of the truth forms an uneasy bond between Hector and Freddie, even as a behind-the-scenes affair between the anchor and his producer threatens Freddie's friendship with Bel.

In terms of story, the romantic triangle is handled smartly, with sensitivity given to all three points on the diagram. The relationship between Bel and Freddie is believable, being alternately tender and contentious. As is the case with such stories, the audience is more aware of what is really going on than most of the characters in The Hour. Bel seems particularly callous to Freddie's feelings, choosing instead to embrace denial. In one exceptionally handled scene, a jealous Hector informs her that she's different with Freddie, and when she asks him to elaborate, he replies, "You're like you should be." This cuts to the heart of the Bel character: her position is viewed as unnatural for women of her era, and so she must behave a certain way to get by. Freddie allows her to be herself.

The Hour is written by Abi Morgan, who is enjoying a particularly good year, having scripted both Shame and The Iron Lady. Her script is detailed and emotionally nuanced, staying true to the time period without ever resorting to cheap put-ons or easy window dressing. Bel's predicament is given its proper due, while also being examined realistically. Her breaking the gender barrier is not without its consequences, nor is she always a noble character. In the show's finale, she more goes along with the professional moves that Freddie concocts rather than devising her own plan; at the same time, she takes full control of her personal life.

Both in terms of the script and performance, it's hard to stay out of Freddie's way, anyhow. Whishaw is a force to be reckoned with. He is all manic energy and unbending dedication, a hard charger who tenaciously goes against all common sense to get what he is after. As his foil, West is smart not to try to contend with him, but rather uses Hector's upper-class stuffiness to plant himself firmly in Freddie's way and let the younger man work around him. Hector kind of gets the short end of the stick in terms of positive fulfillment, but such is Morgan's dedication to keeping her inventions from falling into convenient roles. Some of the plot still ends up feeling a little too tidy for its own good, particularly as Freddie's true nemesis is hinted at far too early in the production to truly be surprising, but since the characters stay true to who they are, the ending remains satisfying.

The production team brings a strong period feel to The Hour without getting too costumey. Often period films can end up looking like an alien planet, but the sets and wardrobe here are familiar without being anachronistic. The Hour will inevitably get shorthanded with comparisons to Mad Men, but if one were to watch both programs back to back, the visual transition would be flawless. The suits Dominic West wore could easily have been the same suits Jon Hamm wears in flashbacks to Don Draper's post-War life. Though multiple directors oversaw The Hour, the style is consistent, with an emphasis on solid storytelling rather than showy theatrics. This makes for a fully enjoyable six hours of television. I liked The Hour, even if I didn't love it. The mystery remains intriguing throughout, and the love story avoids going down too many obvious roads. All in all, The Hour should add up to a couple of well-spent nights in front of your television. 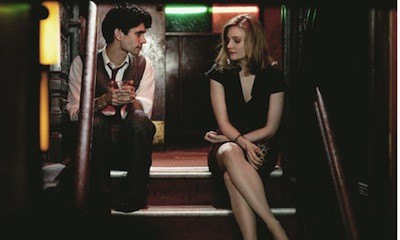 Video:
The Hour was shot in widescreen, and the original programs are shown on Blu-Ray at 16:9, with a 1080i resolution. The image quality is strong, with good colors and some fine detail. Clarity is particularly noticeable when looking at the actors--finer hairs are evident, as are the lines on their faces and even blemishes. Dark scenes have good black tones. I'd say the only nitpick I'd have is sometimes graininess overtakes the frame and softens the resolution.

Sound:
A straightforward stereo mix does a good job, presenting a centered audio experience that may lack in bells and whistles but that shines in terms of presenting the soundtrack in a clean, effective manner. Closed Captioning is also available.

Extras:
There are two video extras, clocking in at about half-an-hour in total. The shorter "Creating The Hour" focuses mostly on the art direction, while the 20-minute "Behind the Scenes of The Hour" gives your pretty standard production overview. (I had seen both of these on-demand, along with the pilot, before the premiere of the show on BBC America.)

FINAL THOUGHTS:
The Hour is an entertaining, self-contained television drama set in the fascinating world of broadcast journalism in London in the 1950s. It boasts an excellent cast and an intriguing storyline that runs the length of the six hour-long episodes without ever seeming overly drawn-out or padded. Though it lacks a certain oomph, it fits nicely with other smart TV series that are currently making this sort of a new Golden Age for cable television. Whether you're fans of the actors or the era or you just like intelligent stories that are well told, The Hour is Recommended. 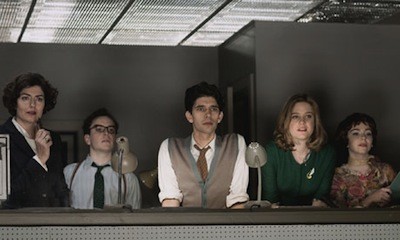