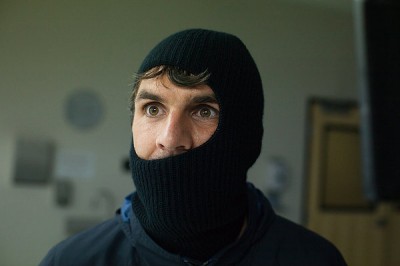 Because it's not funny. Not at all. Not even a smidge. Never cracked a smile. Not this guy. Not once.

The Babymakers is the latest from Jay Chandrasekhar, a member of the Broken Lizard comedy collective and director of Super Troopers. Chandrasekhar casts himself in a supporting role here, playing criminal mastermind Ron Jon, and I don't think it's a coincidence that the director spends most of the movie wearing sweat-drenched clothes. He's in a flop and he knows it.

Writing too much about The Babymakers is kind of a waste of time. There are only so many ways to explain that something is completely devoid of any laughs whatsoever. The essential plot is this: Parks and Recreation's Paul Schneider has been married to Magic Mike and Newsroom-actress Olivia Munn for three years. That means they have hit their deadline for having kids. Only, now that the time has come, Schneider's swimmers aren't up for the job. He knows that once upon a time they actually were, because he paid for Munn's engagement ring by making sperm bank deposits. In hopes of salvaging his dreams of a family, Paul Schneider decides to break into the bank and steal back the last vial (which I just misspelled as "vile," Freudian slip) with his idiot friends, and they hire Chandrasekhar to help them do it. There are also some women in the movie, but they are either on screen to show their breasts or to gossip. You know, like women do. Have you ever met any that do different?

Did any of that make you laugh? I hope not. If it did, too bad, you're not going to want to see The Babymakers anyway, because I spoiled all the jokes that are in the movie. You have no surprises left.

The only people who I feel almost as sorry for as I do any movie fan who has suffered through The Babymakers is the cast who somehow got roped into making this. There are a lot of good people here. I really like Paul Schneider and Olivia Munn, and there are bit parts with Aisha Tyler, Constance Zimmer (who already survived being on 21 episodes of Entourage), Collette Wolf, and the dude who played Avon Barksdale on The Wire (who I am pretty sure is just there because someone thought it would be cool to have Avon Barksdale hanging around on set for a couple of scenes). I'll give all these guys credit, they really go for it. They try to drive this material home as hard as they can. Too bad it doesn't matter how good the hammer is, if the nails are made out of rubber, you're never going to break through. 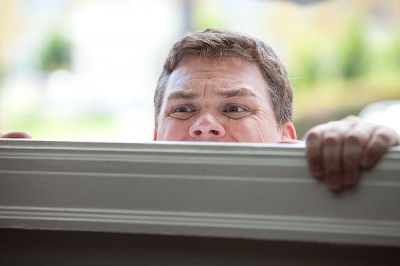 Video:
You ever hear the phrase "polishing a turd"? Well, here is a tangible example of that cliché. The Babymakers looks pretty great on Blu-Ray. Colors are vibrant, skin tone is excellent--hell, beyond excellent. You want to count Olivia Munn's freckles? (243, just FYI.) Ever wonder what Jay Chandrasekhar's pores look like? The 2.35:1 high-def image shows you all that and more. I'm actually surprised we didn't see individual sperm swimming when Kevin Heffernan was flopping around in them.

Sound:
Also quite good, though maybe not as good, is the 5.1 Dolby TrueHD surround mix. The audio is rich and full, and there are some nice effects here and there, but there's no one thing that really made me sit up and take notice. It does get nice and loud at times, and the speakers really boom when that happens. Dialogue is also clear and natural sounding.

Spanish subtitles are provided, as is English Closed Captioning.

Extras:
You know what, I've never outright refused to watch the extras on a disc before, but this movie is so bad, I mean seriously, who the hell cares how it got made? Unless the first words to be spoken are, "We're sorry, you see what happened was..." then you're not getting the story you need to hear. The box boasts that the special features are "Behind the Scenes," "Cast and Crew Interviews," and "Featurette." Yeah, so the same old promotional b.s. Spoiler alert: Everyone had a good time and got along and they never had so much fun on a movie set before. It was so hard to get through takes because they kept cracking each other up!

Come on. You know I'm right.

FINAL THOUGHTS:
Skip It. Here's the blurb for the box and any other promotional materials. Millennium Entertainment, you have my blanket permission to use the following words in any way you choose, just so long as you agree not to alter or edit them in any way. Quote me syllable for syllable: "The Babymakers is so devoid of comedy, it made me sterile. Because I kept hitting myself in my own balls until I passed out from the pain just so I wouldn't have to watch anymore." Okay, you can maybe cut the second line because it might be too long to fit, but definitely stick with the first. 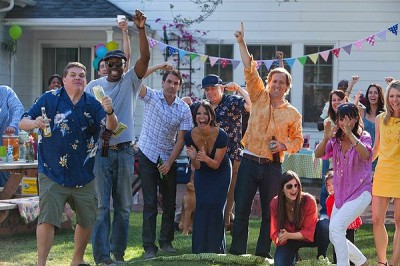