Through three films, Matt Damon's work as Jason Bourne had become popular and engrossing. Based on the Robert Ludlum novels, the films had done solid business financially and after three films, Damon was not as up for the prospect of another one to further the franchise. Fortunately, Tony Gilroy, who wrote the screenplays for all three films, was still gung ho and wanted to do another, and he may have found the right guy for the job.

Along with Gilroy's brother Dan, Tony wrote the screenplay for this film and directed it also, taking the reins from Paul Greengrass. Rather than blindly recast the Bourne role without consideration for the foundation Damon built, the Gilroys took a different tone with it, as the tagline 'There was Never Just One" was peppered through the film's marketing campaign. This implied Bourne was not an isolated incident, that there were similar highly training agents working throughout the world. The focus is on one particular agent, namely Aaron Cross (Jeremy Renner, The Town). Cross is traveling through the Canadian wilderness in an attempt to reach a safe house. During this expedition, Bourne has exposed the Blackbriar and Treadstone operations to the public, and the CIA is in the process of liquidating its assets (read: killing its agents) from the program. Cross escapes a drone attack and travels to America to locate those responsible for the medical portion of the operation, which allowed for genetic modifications of the agents. He manages to get to Dr. Marta Shearing (Rachel Weisz, The Whistleblower), who managed to survive a mass shooting at her workplace by her supervisor, brainwashed into doing so by Colonel Eric Byer (Edward Norton, Stone), who works with clandestine operations in the CIA. Together Aaron and Marta not only try to piece together Aaron's past, but to attempt to locate the real truth. 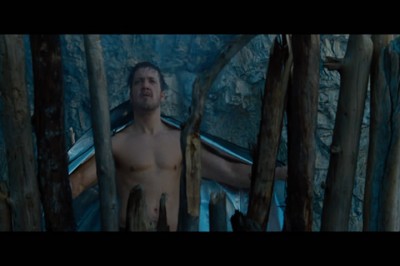 Addressing the initial twist first, the notion of Aaron Cross on his mission in a parallel timeline to Jason Bourne on one of his own is engrossing to watch. The way the story deftly moves in and out of those timelines using a mix of old footage and including some of the actors from the past three films into freshly shot scenes for Legacy, further including a layer of intrigue and acumen to the story that the viewer does not anticipate. Not only having Joan Allen, David Strathairn and Scott Glenn reprise their roles from past films was a good touch, but newer actors like Norton and Stacy Keach (Machete) being able to pick up the torch as it was thrown to them was nice to see. It was about as seamless a transition as one could expect.

As for this new Bourne, Renner handles the role capably, showing a mix of precision and action that both awes for men and swoons for women, along with a slightly softer side which attempts to find out his true origins. The chemistry he has with Weisz is not bad, as Weisz certainly shows a maternal side here that she's used to experiencing, and her performance, particularly in the harrowing shootout sequence in the lab, is better than I was expecting. Ultimately, if the question is 'Is Renner better than Damon?' then the answer should be 'No, but he's different in a good way,' and that is what the brothers Gilroy manage to communicate during Legacy. 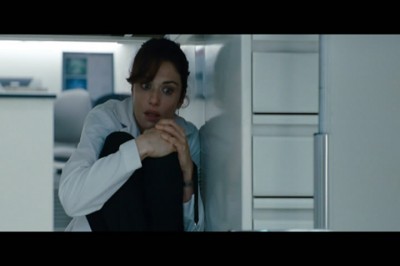 Yet while Renner and the rest of the cast is good, the story leaves something to be desired. While the attempt to weave Aaron Cross into the Jason Bourne storylines is good, it seems like the Gilroys wanted to try and reinvent the way Cross would find out about his past and the means to try and stop him from discovering it. In doing so, using medication designed to modify the agents' genes as described earlier, we get a mishmash of action, suspense, a potential indictment of the pharmaceutical industry, and implausibility after implausibility. And even at more than two hours, the film's ending seems abrupt and somewhat arbitrary. We know presumably what Cross is going to do, but how it gets to that point with another movie or so to go is anyone's guess.

Don't get me wrong; overall The Bourne Legacy is an entertaining film, flirting with some of its past to help sow the seeds of its future. But it is hard to see what they are going to do with what they made Aaron Cross out to be. Are they going to get to a point where they can match Matt Damon's work? Maybe, but if we're comparing the first films in the same franchise, Renner and the Gilroys have some work to do.


Universal shows off The Bourne Legacy in an AVC-encoded 2.40:1 widescreen presentation which turns out to handle a bunch of different things adeptly. The older film is incorporated into the film nicely and shows little sign of age, while the new footage looks clean as a whistle. The early scenes in/near/around the log cabin with the snow look really good, with individual flakes discernible when the sun reflects them, and the image is generally free of noise and DNR. Flesh tones and the color palette are reproduced accurately and without saturation problems. All in all, Universal does good justice to the film.


Well, what would you like? Would you like a 7.1 DTS-HD Master Audio lossless surround track or a 5.1 one? You get both here, but either way you are going to wind up immensely satisfied. Dialogue is consistent and strong through the listening experience. Bullet hits ring out through all of the channels and provide for immersive material, and when the log cabin blows up (as we saw in the film's repeated airings on television spots), the impact is felt in the subwoofer and almost provides a concussion of LFE to the chest. This is one of many occasions for the low end to do work throughout the film. Stellar work is to be found on these lossless soundtracks.


Quite a bit of stuff here, starting with a commentary by three Gilroys (Tony, Dan and John, the film's editor), along with Cinematographer Robert Elswit, Production Designer John Thompson and second unit director Dan Bradley. It is an informative track on the shoot and the casting, and the various crew members talk about particular challenges to a scene or to the film itself. The challenge of weaving the other Bourne films into this one is recounted, and the good and the bad of some scenes are recalled. Occasionally Tony throws out a random piece of trivia that is entertaining in how random it is, and I was left with the impression after listening to this track is how cool of a drinking buddy Tony must be. It was a better than expected track. The Gilroys and Elswit return for an optional commentary on three deleted scenes (6:48) which include more from Finney that we do not see in the film. What is left are mostly a series of quick hits of sorts. "Re-Bourne" (6:11) examines the film franchise so far and where to go with it, and thoughts on the material by the cast. "Enter Aaron Cross" (7:11) includes thoughts on the character from Renner and the mythology of Bourne, while "Crossing Continents" (8:22) shows us the crew on their multinational film shoot and their thoughts on those locations. "Man vs. Wolf" (4:36) shows the process of filming wolves for the feature, while "Wolf Sequence Test" (1:39) includes some previsualization footage. "Moving Targets" (6:11) include more thoughts on the franchise from the cast and the desire to show the stories of both characters in this one. "Capturing Chaos" (7:49) shows us the work behind the motorcycle chase. The package also includes a standard definition copy of the film (from whence the screen grabs came), and a redeemable code for streaming via Ultraviolet and an iTunes copy of your very own.


While The Bourne Legacy admirably tries to extend the franchise of Jason Bourne films by putting a different song off the same album, it tends to simply not measure up to the previous films. Do Renner, Weisz et al manage to carve out their own spot? Sure, but it is certainly not as robust as when Damon tried it in Identity. Technically the disc is a winner and the film's commentary track is entertaining enough to listen to on its own. Is it worth buying? Perhaps for the hardcore Bournesians that you may know, but otherwise I'd rent this one at best.