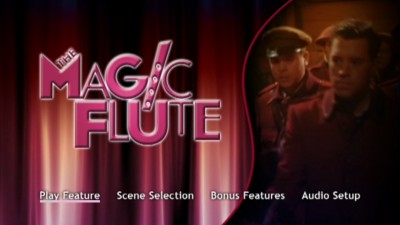 Kenneth Branagh made his name adapting Shakespeare to the screen in the early 1990s. His productions were noteworthy for being faithful to the content while still being vibrant reinterpretations made relatable to modern audiences. For one of his more recent stage-to-screen efforts (and the latest to hit home video), the director has turned to another kind of stage production, bringing Mozart's popular opera, The Magic Flute, to the screen.


In this version, which sports a witty English rewrite by beloved humorist Strephen Fry (Wilde), Branagh brings the 18th-Century German musical forward in time. Now Tamino and Papageno are soldiers in the trenches of the first World War. It's a decision that serves the art direction more than the story, however. As with Joss Whedon's recent film adaptation of Much Ado About Nothing (a version inferior to Branagh's, truth be told), the altered timeframe renders some of the narrative nonsensical. Even accepting that some of Tamino's visions are brought on by shell-shock, or that his love interest Pamino's later despair is a fever dream, one still can't help but wonder what army our heroes are fighting in and what kingdom the supposed villain Sarastro reigns over. Much less what we're to make of the flute itself. Then again, its magic is metaphorical. Music makes men happy! But how does it force them to dance?! 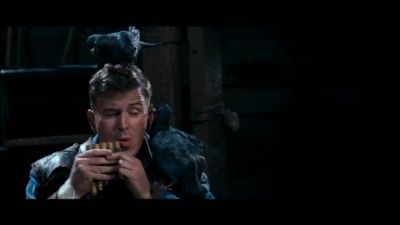 Luckily, such conundrums are rendered moot by Branagh's exuberant visuals. His Magic Flute is purely cinematic, bearing none of the constraints that might otherwise tie it to the stage. The camera is rarely static, and the director makes use of the open spaces the elaborate sets afford him. The more fanciful sequences likewise break the bounds of reality, combining traditional stage effects with digital trickery to give the movie the magic promised in the title. Sure, budget is sometimes an issue, and the green screen is often evident, but it's not as if The Magic Flute was made to compete with summer blockbusters. Nor does it always fail at creating a convincing illusion. Though shot entirely indoors, some of the battle sequences, including the opening clash set to Mozart's overture, don't appear to have any edges. Likewise, some of Branagh's more outlandish concepts, like a chorus of singing sandbags lining a dismal combat trench, give The Magic Flute the kind of added kick only cinema can provide.


As per usual, much of Branagh's genius is down to casting. Though the faces are unfamiliar, the actors exhibit a tremendous comfort in front of the camera. Joseph Kaiser makes Tamino into a credible romantic hero, and as is often to be expected of the comic relief, Benjamin Jay Davis steals the movie whenever Papageno takes center stage.


All in all, Kenneth Branagh's The Magic Flute is colorful and lively, offering an accessible entryway to opera for audiences that may not be familiar with the art form or who have otherwise accepted its stuffy reputation as truth. Aficionados, I assume, should also find it to be a rewarding new rendering of an old favorite--though to be sure of that you'll probably need the opinion of someone with a deeper background than I. As a casual opera fan, I found The Magic Flute a pleasure to watch. 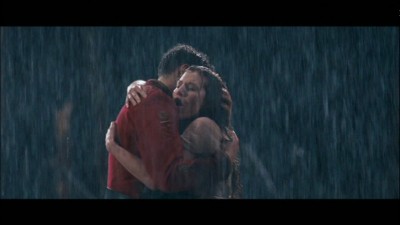 
The Magic Flute comes to DVD as a 16:9 widescreen transfer. Unfortunately, the picture quality leaves much to be desired. While colors are bright and the print is free from blemish, the resolution is dismal. There is a spotty surface grain throughout the presentation that makes the whole film look hazy. There are also regular instances of jagged lines and pixilation. It is not so heavy as to make the disc unwatchable, but it wouldn't have taken much to do better. The entire package appears cheap. Even the DVD cover is printed poorly, with faded colors and a garish design.


The English soundtrack is given two separate mixes: the more standard stereo mix and the more robust 5.1 Dolby Digital mix. Unlike the image quality, I don't find much to grouse about in terms of audio. The multi-channel effects work nicely. Even if there aren't a lot of subtle interplay between the speakers, I appreciated the immersive quality of the musical presentation. This is a disc worth turning up loud and letting it fill the room.


At less than six-minutes long, the behind-the-scenes featurette is maybe not as comprehensive as it could be, but makes for a decent enough glimpse at the production and Branagh's enthusiasm for it. 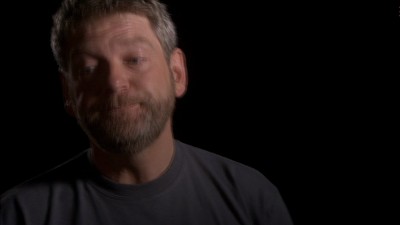 There are also eleven segments featuring cast and crew, including sitdowns with all major cast members, Branagh, producer Pierre-Olivier Bardet, costume designer Christopher Oram, and production designer Tim Harvey. You can pick and choose which interview you want, or play them all at once. The entire collection runs just over 26 minutes.


Though originally released overseas in 2006, Kenneth Branagh's cinematic adaptation of The Magic Flute is only just coming to North America now. A hold-up of this kind is often a cause for concern, but Branagh fans looking forward to seeing The Magic Flute at long last should not worry: it's a thoroughly enjoyable production. Armed with a droll new adaptation by Stephen Fry, Branagh helms a vivacious and colorful presentation of the Mozart opera. Not all of the updating works, and the DVD has some production flaws that are, frankly, inexcusable in 2013, but the entertainment value of The Magic Flute is enough for it to be Recommended. 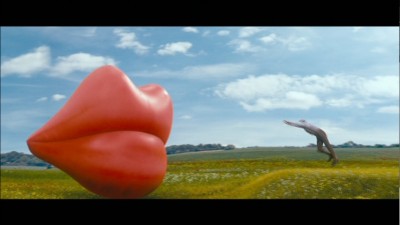