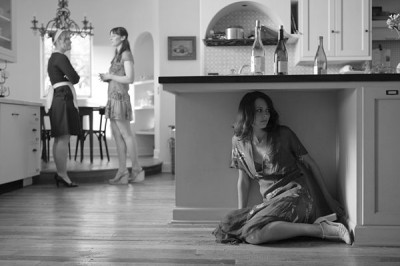 On a recent episode of Marc Maron's "WTF" podcast, actress Gillian Jacobs (TV's Community) told the story of how seeing Kenneth Branagh's sunshiney 1993 film adaptation of William Shakespeare's Much Ado About Nothing was one of the first times she knew how badly she wanted to be an actress. Emma Thompson's charming and vivacious turn as the sharp-tongued Beatrice probably inspired more than one little girl to be an actress, and though Joss Whedon's new version of this very old play takes a different, more modern approach, it's not hard to imagine the next Gillian Jacobs watching this tale of love and redemption and catching a glimpse of her own future.

This time around, Whedon-perennial Amy Acker (perhaps best known for playing Fred on the series Angel) is cast in the role of the woman with the devilish wit who swears to never be married. Whedon pits his Beatrice against a dark-eyed Benedick (Alexis Denisof, also from Buffy the Vampire Slayer and Angel), a soldier in an unnamed war just returning from battle alongside the prince, Don Pedro, and the young lord Claudio--played by Reed Diamond and Fran Kranz, respectively, both former cast members of Dollhouse. You see a trend starting here? Much Ado About Nothing is a family affair, shot over two weeks at Joss Whedon's house while he was on break from The Avengers. Joss not only wrote and directed, but he composed the music and co-edited the feature, working with his buddies to create art on the fly, much like he did with Dr. Horrible. The end result is surprisingly polished and a hell of a lot of fun. 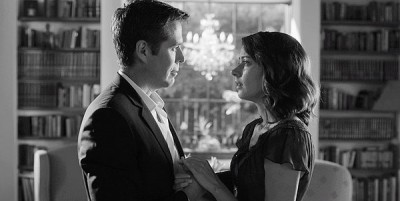 Cinematographer Jay Hunter is a veteran of reality television, which likely helped to keep Much Ado About Nothing as fleet of foot as it apparently was. His black-and-white camerawork tracks the actors with confidence, lending the movie the proper off-the-cuff feel while also taking care to capture the nice touches of visual and physical comedy Whedon has choreographed. The narrative takes place over a manner of days, staged as essentially one long party. The plot involves two romances: the innocent and true love between Claudio and Beatrice's virginal cousin, Hero (newcomer Jillian Morgese), and the more contested hook-up of Beatrice and Benedick. Unbeknownst to the others, the ongoing war of words between the two--and their insistence that they will never marry at all, much less get hitched to one another--stems from a prior one-night stand. Thus, when Don Pedro and Hero's father (Clark Gregg) devise a plot to trick the two into falling into matrimony, they have more to work with than they realize. Meanwhile, a counterplot is afoot to unravel all this romance. Don Pedro's half-brother (Sean Maher, Firefly/Serenity) is determined to see his persecutors find only unhappiness.

As with any modern-day upgrade, there are some odd anachronistic elements to this Much Ado. Don Pedro's royal standing, the references to Italy, and, of course, many of Shakespeare's verbal jokes are out of place. Men brag about their swords while brandishing guns, and talk of arranged marriages and puritanical morality chafes against 21st-Century sensibilities just as much as masked balls and mistaken identities. Whedon makes the smart decision to acknowledge none of this and just forge straight-ahead. By and large, his cast is comfortable enough with the writing to make the language conversational, and their ease onscreen eases us into the material, as well. Much of the best work comes from the supporting cast. Both Reed Diamond and Sean Maher are exceptional, and they make a good pair, the goodness of the one brother contrasting against the darkness of the other. Also notable are Nathan Fillion and Tom Lenk as Dogberry and Verges, elevating the comic relief roles of the bumbling policemen with expertly timed slapstick and a 1970s cop drama wardrobe. Fillion has always been a rather genial leading man, but here he proves a second career in comedy could still be possible. 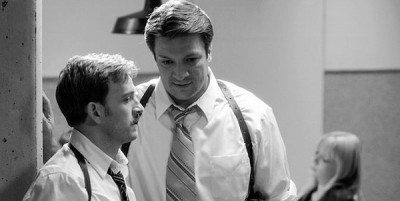 For as good as the majority of the casting is, if there's any complaint to be had regarding this Much Ado About Nothing, it's that the two main stars are slightly mismatched. Amy Acker is charming and funny as Beatrice, confident both with the Bard's wordplay and the physical comedy that gives the material life. At the same time, she is able to maintain a vulnerability so that Beatrice is never so mean as to be unlikable. As Benedick, Alexis Denisof is able to meet her only halfway. He's got a facility for Shakespeare's poetry and an ability to be self-mocking where it counts, but he lacks a certain abandon. Benedick is a legendary rake who should be brimming with cockiness. He's supposed to go from dark and devilish to positively goofy. That is the arc of a man given over to love. Whedon pushes his leading man to try to get him to be silly, but the result comes off as more calculated than spontaneous. As a soldier in a war of words, he's much more guarded than the situation warrants.

But to nitpick Joss Whedon's Much Ado About Nothing is really being the worst kind of spoilsport. There is just too much to like here. Despite the usual wisdom that summertime movies are the big kind of blockbuster this filmmaker is generally known for, you'll find no better celebration of good times and good weather than this inviting romantic comedy. This 2013 adaptation is just as fresh as the 1993 version, and I can't wait to see what someone does with the material in 2033! 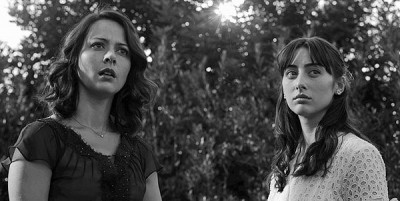