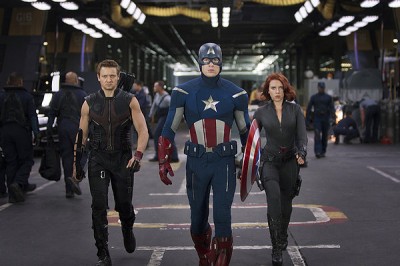 There was a big chance that The Avengers wasn't going to work. The law of averages of superhero movies is that the more heroes and/or villains you stack on the screen, the better chance the film is going to suck. This usually plays out in sequels, when directors and studios keep trying to up the game (see: the Batman franchise in the 1990s). The Avengers isn't a sequel, per se, but it represents four Marvel Comics film properties converging into one big budget popcorn flick. Add to that the fact that even in comics, team superhero books are notoriously difficult to write--too many characters vying for the spotlight, too many voices needing to be heard--and this apex of the Marvel movie franchise could have been the crash and burn instead.

Could have been. Writer/director Joss Whedon--who is no stranger to large ensembles (Serenity, Buffy the Vampire Slayer, etc.)--has managed his own superheroic feat: a summer movie knock-out that gets everything right.

For the plot-minded amongst you, here is how it breaks down: Thor's wicked stepbrother Loki (Tom Hiddleston) has come to Earth to steal the Tesseract, a cosmic power source, from Nick Fury (Samuel L. Jackson). To get it back, Fury brings together all the heroes previously recruited for his Avengers project (mostly set up at the tail end of earlier movies). This means Iron Man (Robert Downey Jr.), Black Widow (Scarlett Johansson), Hawkeye (Jeremy Renner), and Captain America (Chris Evans). He also brings in Dr. Bruce Banner (Mark Ruffalo), not because he wants the Hulk, but because he wants the scientist to track the Tesseract's gamma radiation signature. He will get the Hulk, of course, and he'll also get Thor (Chris Hemsworth), who has come back to Earth specifically to subdue his little brother. Loki is not operating alone, however; he has some nasty intergalactic allies waiting in the wings, meaning things are about to get messy. 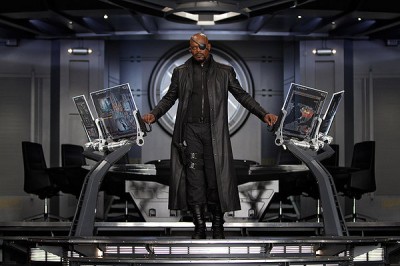 That's the long and short of it. Penn and Whedon structure the movie like many superhero team-ups before: the initial efforts lead to personality clashes that give the villains the upper hand, leading to dark times and then a rally of positive energy to stop the big threat. In that combat, friendships are formed for real, as each hero tests his or her mettle and finds his or her function.

It's that last bit that really makes The Avengers work. What Whedon understands is that you can't just toss these disparate characters together and have them go fight, they all require their own personalities and they all must serve their purpose within the larger narrative. Hawkeye, for instance, provides surveillance and cover for his allies, whereas Captain America strategizes and Hulk supplies mayhem. Balancing so many individuals can be a real juggling act, but Whedon gets it just right, making sure no one gets short shrift in terms of screen time or is otherwise left by the side of the road. Neither Hawkeye nor Black Widow have tent-poled a franchise, but they are no less important to The Avengers than their better-known counterparts. Even better, despite Whedon having a popular (and oft-imitated) writing style, he bends his talent to fit the character rather than making the character adopt his personal aesthetics. While there is plenty of banter in the movie, Joss reserves most of his trademark quips for Tony Stark--the absolute right man for the job. Again, Joss understands what makes Iron Man tick, and he gives Robert Downey Jr. the right tools to bring the armored hero to life. The same is true for all the players. Chris Evans and Tom Hiddleston are both better this time than they were in their first crack at Captain America and Loki, respectively. Evans expertly handles the fact that Cap is a real square, yet one who maintains a rigid code of honor. On the flipside, Hiddleston gets to cut loose and have some fun with the trickster. Loki is finally the smarmy menace he was meant to be. 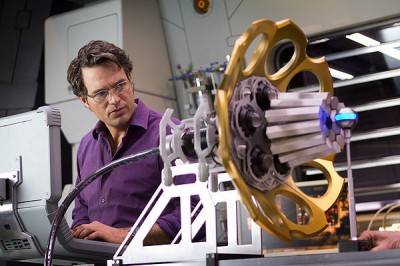 That said, it's really Mark Ruffalo and the Incredible Hulk who steal the show. Again, it's a combination of good writing and good casting. Ruffalo almost immediately proves himself to be a better Bruce Banner than either Eric Bana or Edward Norton, both of whom never seemed capable of shedding their movie star confidence and embracing the vulnerability the role requires. Ruffalo is sheepish and reserved, and the payoff comes 2/3 in when one well-placed line of dialogue perfectly sums up Banner's central plight.

The Avengers also gives us the most convincing computer animated version of the big green giant that we've seen so far. He jumps and punches and rages with an accelerating fury, getting more formidable and frightening the longer the skirmish continues. All of the action in The Avengers is exciting and fun. The violence is messy and dangerous, and yet also possessed of a natural humor that keeps the momentum going. The special effects look great, and the editing showcases the action rather than chopping it up into incomprehensible pieces. 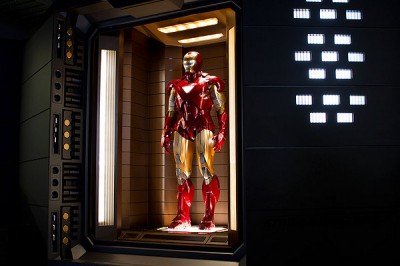 Too bad the post-conversion 3D does its best to obscure the good work everyone has done. In my opinion, unless maybe you're getting The Avengers in true IMAX (I saw it in a regular theater), the 3D version is to be skipped at all costs. The conversion is mostly superfluous, but at the worst times, it damages the viewing experience. The separation of the elements during special effects sequences calls too much attention to the CGI, destroying the illusion of reality by isolating what is then too obviously not real. 3D is a waste and a scam. You're basically paying more to see less.

And let's face it, there's a lot to see here. While I am not as jazzed by The Avengers as I was by, say, the first Iron Man or The Dark Knight, it does rank pretty high in the pantheon of superhero movies. I honestly have nothing to complain about in terms of presentation, and I had a genuine blast watching it. Marvel Studios continues to set the standard for this genre of motion picture. I am already amped to see what they have for us next. 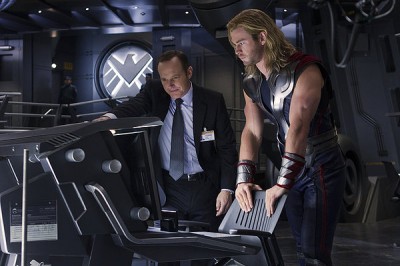 SIDEBAR: Another thing Whedon gets right is marginalizing the annoying and obligatory Stan Lee cameo. Stan's bad acting mars every Marvel movie, and his disrespect for his past collaborators--along with the polices of the company that lines their own pockets alongside his with the profits of those collaborations--is an object of much contention in comic book circles. Please read this and consider donating to the Hero Initiative.