Song of Bernadette, The


Please Note: The images used here are taken from promotional materials and other sources, not the Blu-ray edition under review. 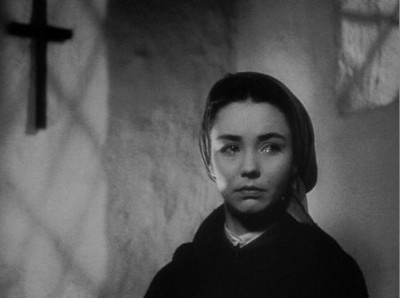 While I actually have little problem with religious-themed motion pictures, I have never had one so insistently close the door on non-believers as The Song of Bernadette. I must say, there was something terribly off-putting about entering into a 2-1/2 hour movie that begins with a title card telling me right up front that I won't get it and I never will. So much for spreading the gospel.

Which isn't to suggest I might have enjoyed The Song of Bernadette more had it been a little more inviting, because I sincerely doubt that I would have. Maybe, however, I'd have been more forgiving of this 1943 clunker. I admit it, I bear grudges. Must be the heathen in me.

The Song of Bernadette stars Jennifer Jones as Bernadette Soubirous, an unexceptional peasant girl who lived in Lourdes, a province of France, in the mid-1800s. Bernadette is a pious girl who is asthmatic and poor at her studies. On a trip to the town garbage dump with her sisters, Bernadette encounters a vision of a "beautiful lady" (Linda Darnell) who inspires peaceful feelings in the girl and instructs the teenager to maintain a regular pilgrimage to this location. As Bernadette's story of the apparition, who many interpret as being the Virgin Mary, begins to spread, she attracts both believers and non-believers alike. The most dangerous among these are the town magistrates and the religious leaders who would rather not encourage the attention a supposed miracle would bring to Lourdes. They try to get Bernadette to recant, and also try to brand her as insane. In the face of this scrutiny, the youngster maintains her insistence that what she saw was real. Her fame and influence increases as a newly discovered spring under the spot where the lady appears turns out to have restorative powers, healing the sick and the crippled. Religious pilgrims travel from all over to sample the waters, even as Bernadette's own health declines.

At its core, The Song of Bernadette is actually an interesting story, complete with conflict and villains and triumph amidst adversity. Based on a novel by Franz Werfel, The Song of Bernadette relates a legend that still holds sway to this day. I know I've encountered more modern uses of the Lourdes spring or religious shrines like it in other movies, including Fellini's Nights of Cabiria and Schnabel's The Diving Bell and the Butterfly. In both films, characters travel to the holy place in hopes of experiencing their own healing. As helmed by director Henry King, unfortunately, The Song of Bernadette is stodgy and self-serious, more concerned with its overinflated message than the mode of delivery. King's filmography reads like a grocery list of missed opportunities. The Fox stalwart made a long string of big movies for the studio, some of which were very successful in their time, but most of which have not improved with age. His technique is stuffy and laborious, lacking any passion or sense of wonder--which is kind of essential in a movie about miracles. By most accounts, God moves in mysterious ways; in King's hands, the supreme being doesn't move at all. 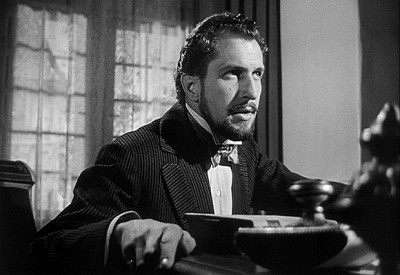 It doesn't help that Jennifer Jones is equally lacking in the talent department. Jones has little natural charisma on screen, and her involvement here (she gets an "introducing" credit despite some otherwise forgotten earlier cinematic efforts) is largely due to her personal involvement with producer David O. Selznick. The actress only has two modes in this motion picture: acceptance and distress. Both come off as equally shallow, with the performer mistaking opaqueness for an expression of innocence. One can only imagine how this role might have been handled by an actual teenager, like had they waited a couple of years and cast Natalie Wood or Elizabeth Taylor rather than an unknown woman in her twenties.

As with most movies where the good guys are dullards, this makes way for more impressive performances from their adversaries. In this case, Vincent Price is understated and oily as the town prosecutor leading the efforts to discredit Bernadette, and Lee J. Cobb is ruefully honest as the doctor who can't in good conscience declare Bernadette medically unfit or entirely dismiss the possible miracles she helps bring about. Though screenwriter George Seaton (Miracle on 34th Street) crafts these supporting characters with very little nuance, the chosen thespians manage to make them whole beings anyway.

The set pieces and photography in The Song of Bernadette are at least nice to look at (cinematographer Arthur C. Miller also shot How Green Was My Valley and A Letter to Three Wives), and the Alfred Newman orchestration swaddles one's ears in emotion and grandeur (I particularly recommend listening to the audio track that isolates the score). This keeps the film from being a complete drag in its first two hours, when Bernadette's victories are always a foregone conclusion, undercutting any real feeling of drama. Things noticeably improve in the last half hour when Bernadette joins a convent and tries live out her days in service to her faith. Here the opposition to her bid for holiness takes on a real face, manifesting in a nun (Gladys Cooper, Now, Voyager) who didn't like Bernadette when she was a schoolgirl and is now jealously dismissive of her divine gifts. Perhaps had the earlier portion of The Song of Bernadette been more tightly edited, avoiding the ponderous indulgences that cause the narrative to sag, the whole of The Song of Bernadette could have been equally as effective as its final fifth. 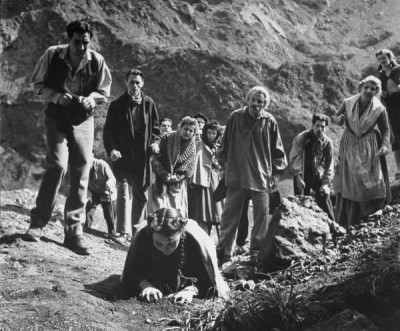 Video:
The 1080p encode of the 1.33:1, black-and-white picture on Twilight Time's limited release of The Song of Bernadette is fairly good, though not without its problems. There are noticeable marks on the print and even some fading that is mostly evident in the early portion of the film. Later sequences are noticeably more stable with nice contrast between light and dark and only occasional fuzziness during individual scenes.

Only 3,000 copies of the The Song of Bernadette Blu-ray were manufactured for this release.

Sound:
The original soundtrack is mixed in its original mono, but spruced up as a DTS-HD Master Audio presentation. Though the straight-ahead mastering keeps the film from being immersive or having much ambience, the sound quality is still excellent, with strong levels and no extraneous noise or glitches.

Subtitles for the deaf and hearing impaired are available.

Extras:
Twilight Time has packaged The Song of Bernadette in a standard Blu-Ray case, with a nice booklet featuring detailed notes on the production by writer Julie Kirgo.

Further details on the making of the film and its impact can be gleaned from the full-length audio commentary, which features Donald Spoto, Jennifer Jones' biographer Edward Z. Epstein, and Jon Burlingame, who wrote a biography of composer Alfred Newman. Together, they cover the full range of topics their areas of expertise would suggest. Newman is honored further by an exceptional isolated score, which not only strips the movie of dialogue and sound effects, but that uses the entire recording session for the picture, including chatter between numbers.

The audio commentary comes over from Fox's previous DVD edition of The Song of Bernadette, as does a short restoration comparison and, of course, the theatrical trailer. 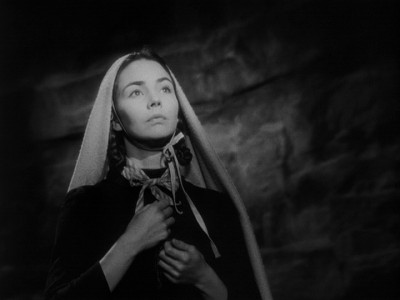