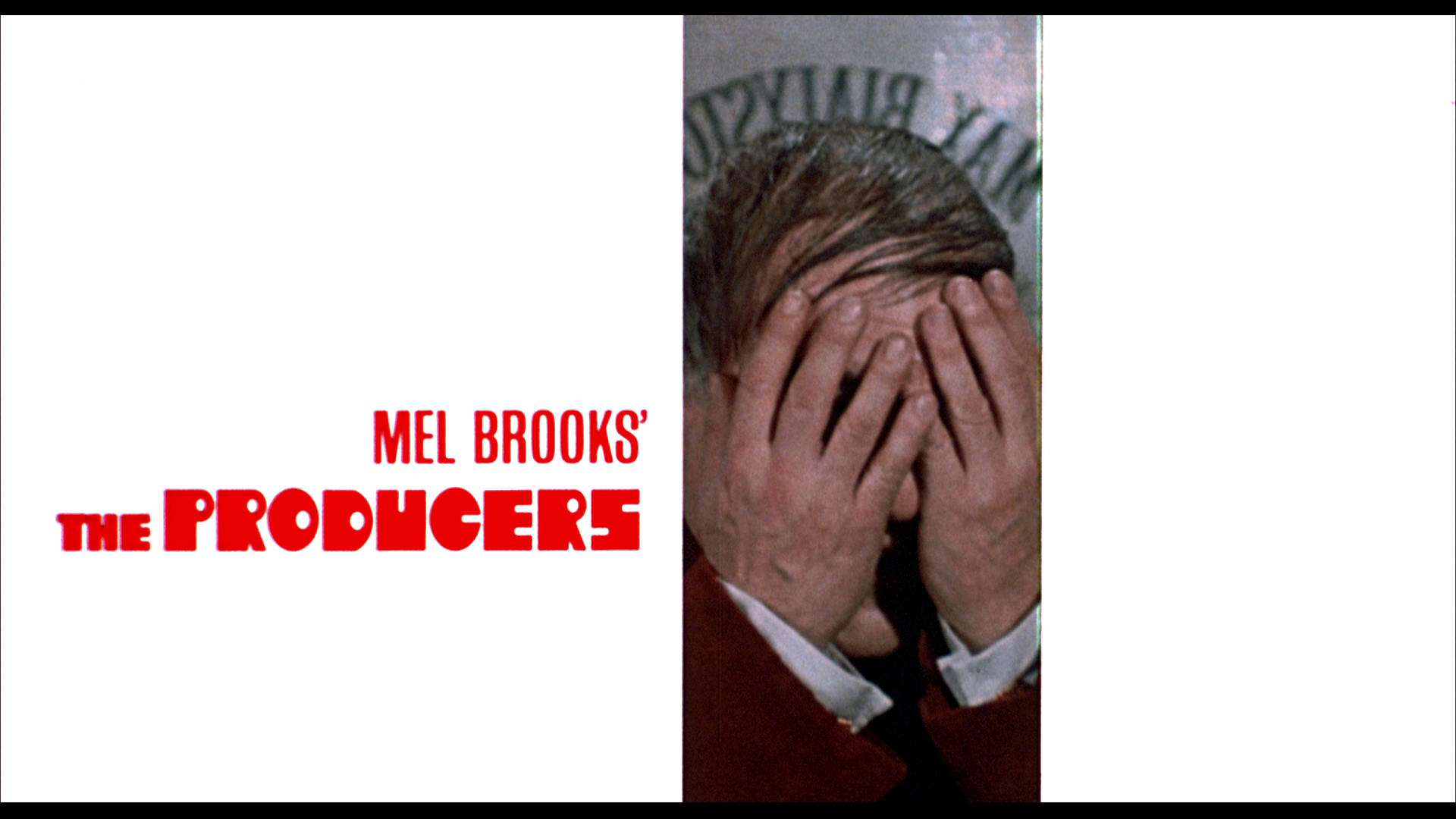 After unsuccessfully pitching The Producers to several studios and directors, Mel Brooks decided to direct the project - then titled Springtime for Hitler - himself. This 1968 comedy is Brooks' first directorial outing and is justly considered one of the funniest films ever made. Stage producers Max Bialystock and Leo Bloom, played by the underrated Zero Mostel and beloved Gene Wilder, respectively, set out to create a surefire Broadway flop so offensive that it will close on opening day, allowing them to pocket all the money they didn't use to produce the play. The Producers began an era of broad, offensive and hilarious Brooks comedies that inspired countless other directors. Each of the film's 88 minutes elicits its desired, laugh-heavy response, and The Producers is as side-splitting today as it was forty-five years ago.

Poor Max is coming off a string of flops and has resorted to charming old biddies to fund his productions. When accountant Leo begins to balance Max's ledgers he discovers Max raised more money than he spent on his last play and reluctantly agrees to hide the excess money. Max then realizes that he can purposely oversell his next play, and, as long as it never turns a profit, keep all the extra cash. Max charms Leo into aiding his scheme, and the pair discovers the perfect future flop: "Springtime for Hitler: A Gay Romp with Adolf and Eva at Berchtesgaden." This "love letter to Hitler" is written by ex-Nazi Franz Liebkind (Kenneth Mars), who wants to show the world the gentle, loving Hitler of his youth. Max and Leo score the rights to "Springtime for Hitler" and hire hack director Roger De Bris (Christopher Hewett) to further sully the film's chances for success. The icing on the terrible cake is the selection of Lorenzo St. DuBois (known as "L.S.D."), a drugged-out hippie, to take the lead as Adolf Hitler. 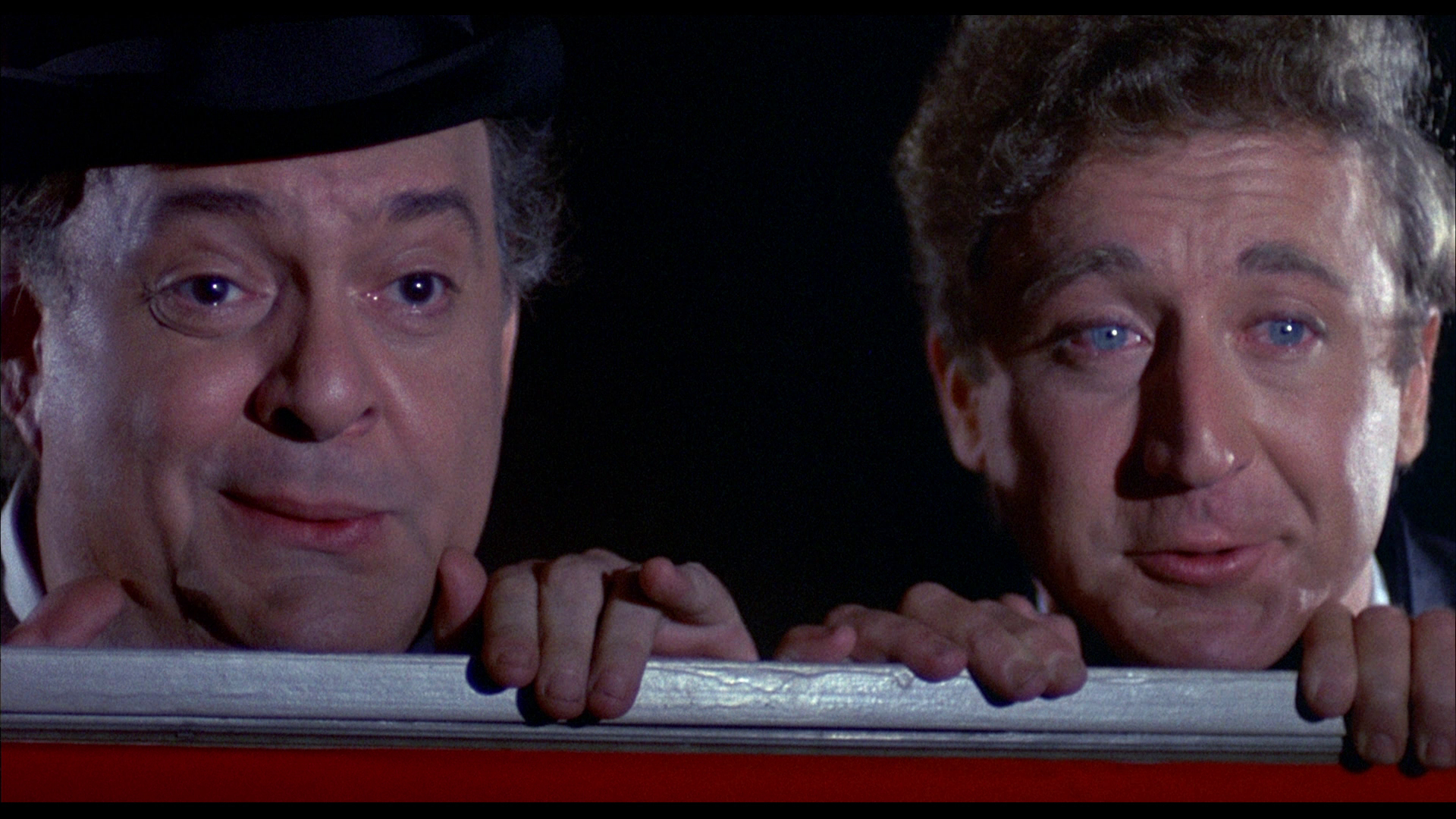 Initial reviews for The Producers were not always kind, especially in Brooks' hometown of New York City. Many found the irreverent humor distasteful and the plot needlessly episodic. It did not go unnoticed by critics that the film had two Jews creating a hack play about Adolf Hitler to swindle money out of investors. But, as with many timeless, boundary pushing films, reception for The Producers became almost universally positive with time. Without The Producers there would be no Airplane!, The Naked Gun or M*A*S*H. Without The Producers, Brooks may never have gone on to direct comedy classics like Blazing Saddles and Young Frankenstein. The film didn't inspire a long-running stage adaptation or long-winded remake because it pissed off The New Yorker. No, The Producers is simply one of the funniest movies ever made.

Many bits of The Producers are now a permanent part of the American cultural lexicon. From the outrageous title song in "Springtime for Hitler" to Max's "hold me, touch me" lover to Lee Meredith's sultry foreign secretary Ulla, you probably know "The Producers" even if you haven't seen it. Of course, if that's the case, you need to see it. This was only Wilder's second screen performance but it earned him an Oscar nomination for Best Supporting Actor. Mostel died in 1977 and never reached Wilder's level of success, largely due to being blacklisted in Hollywood in the 1950s after he was forced to defend himself against Communist allegations before Congress. Brooks honed his style after The Producers, but it's a thrill to watch his somewhat messy first outing. With all the dreck being marketed as "comedy" in theaters these days, it is comforting to return to a film that actually makes you laugh. 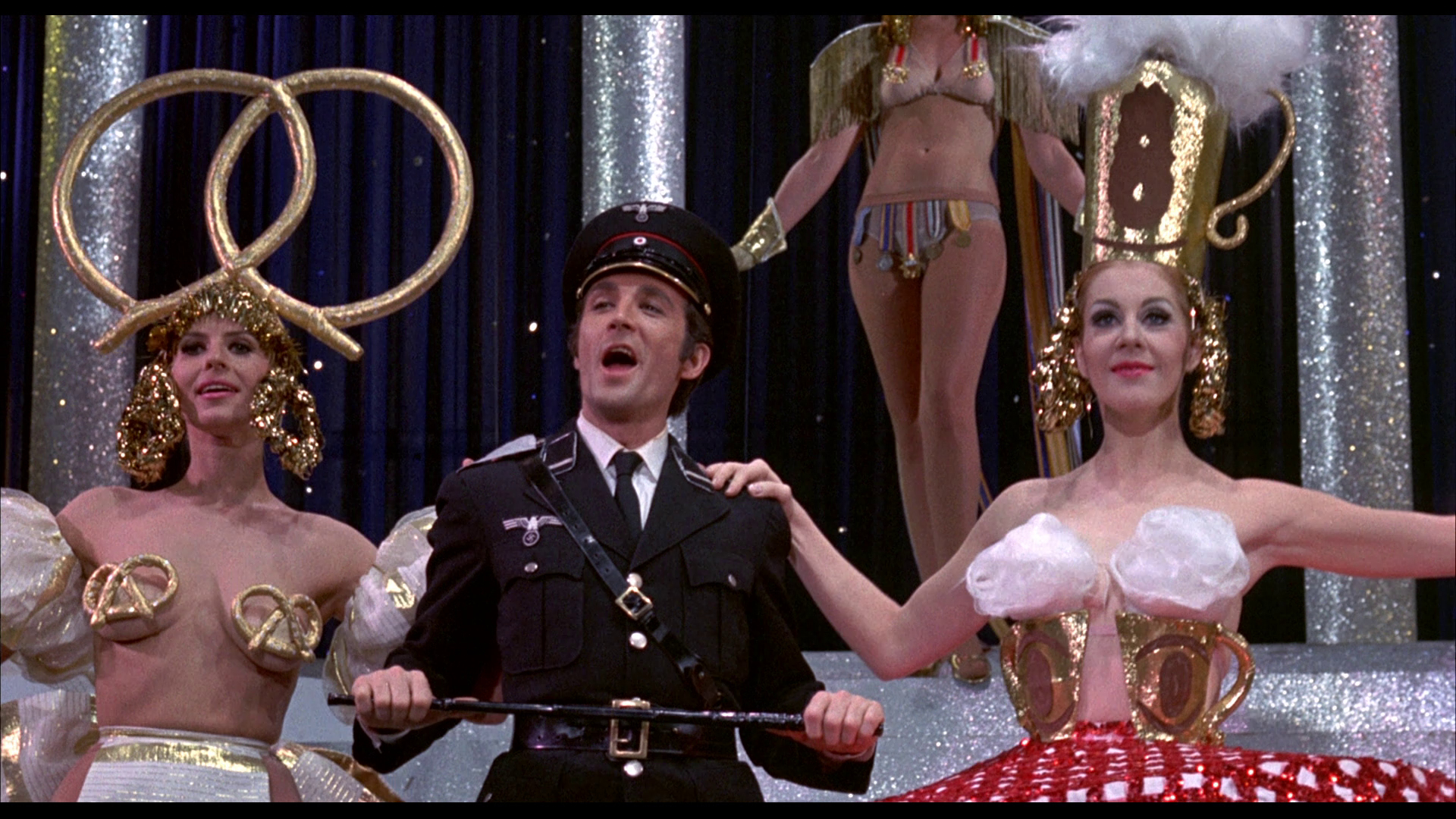 Another welcome high-definition debut from Shout Factory, The Producers has been given a brand new high-def transfer that should please fans. Unlike the recent The Great Escape (also an MGM film but not a Shout Factory Blu-ray), which looked kind of dingy, The Producers is bright, clear and crisp throughout save a few anomalies that can be blamed on the low-budget production. The 1.85:1/1080p/AVC-encoded transfer unspools with a healthy bitrate, and the print is largely free from defects. Colors are pleasantly vibrant and nicely saturated, and I was really surprised how eye-popping some of the textures turned out to be. Detail is also very good; the close-ups of Mostel and Wilder reveal facial features I never knew existed and the film's wide shots during the "Springtime for Hitler" production expose tons of on-stage mayhem. Black levels are good with only minor crush, and skin tones are accurate. The best part of this transfer? Neither MGM nor Shout Factory tried to make this a glossy, modern-looking film by using edge enhancement or noise reduction. There is a nice layer of grain throughout - it's a bit heavier in the outdoor and nighttime scenes - and the aforementioned close-ups are blissfully free of edge halos and waxy faces. There is one section of the film (possible one reel) during the play's auditions that looks a bit less steady and a bit softer, but I suspect this is a source issue. Overall, The Producers looks great in its high-definition debut.

The Blu-ray provides two soundtrack options and both are excellent: a 5.1 DTS-HD Master Audio mix and the original theatrical mix in PCM mono. The 5.1 mix is obviously more immersive, but it never feels like a "fake" surround mix. Dialogue is crisp and clean in both, without distracting hiss or distortion. Dialogue is balanced nicely with the score and effects throughout. The surround mix allows ambient and action effects to reverberate in the rear speakers, and the subwoofer gives the score and slapstick some "oomph." Both mixes - particularly the surround mix - provide a full, satisfying listening experience without the tinny harshness that affects some films of the era. English, Spanish and French subtitles are available. 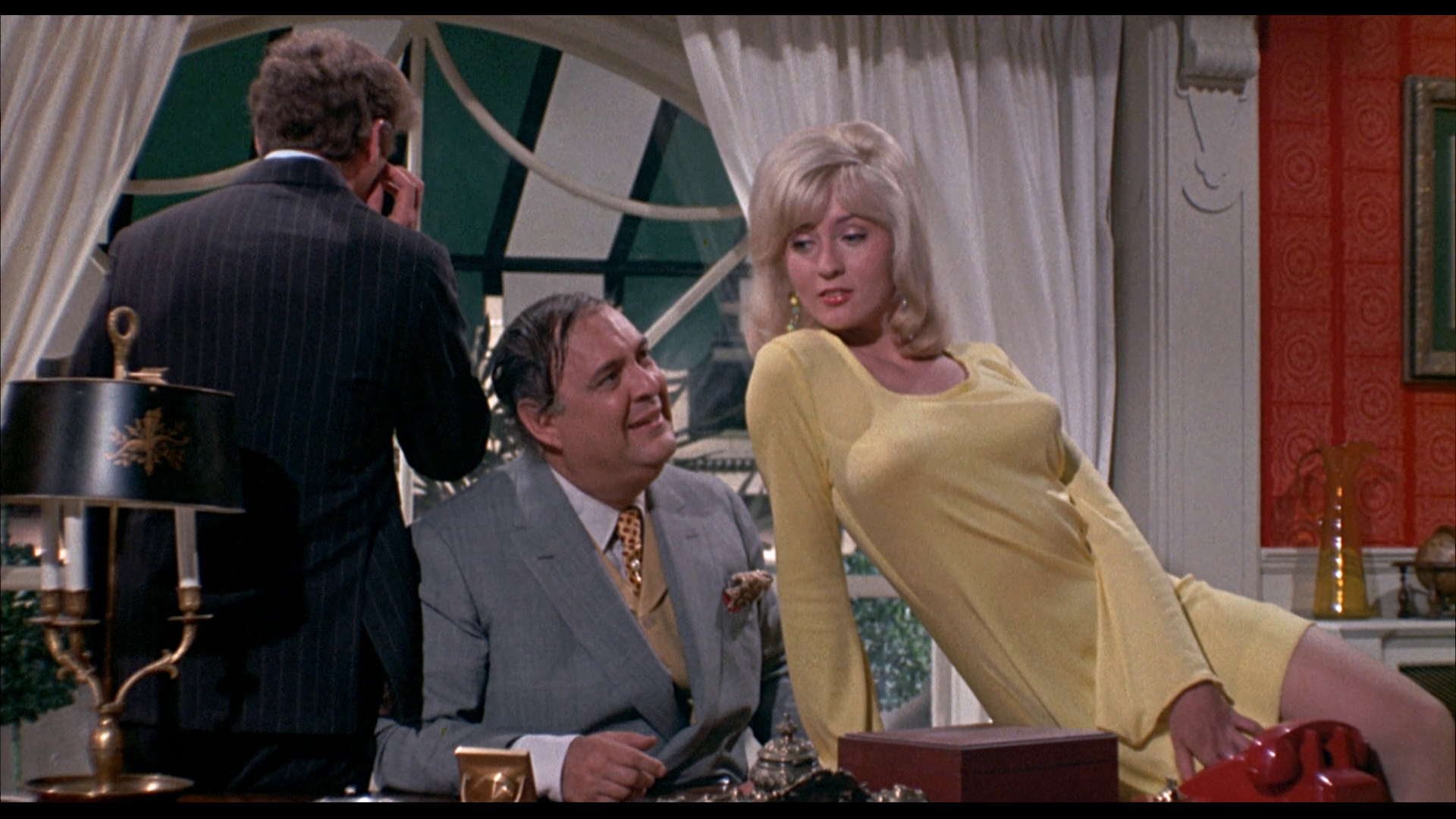 This two-disc set includes the Blu-ray and a DVD copy of the film. The discs are packed in a standard Blu-ray case and Shout Factory provides dual-sided artwork so viewers can choose whether to display the newly commissioned portrait of Mostel and Wilder or one of the film's original theatrical posters. The Blu-ray includes extras from the previous DVD editions plus one nice HD addition: 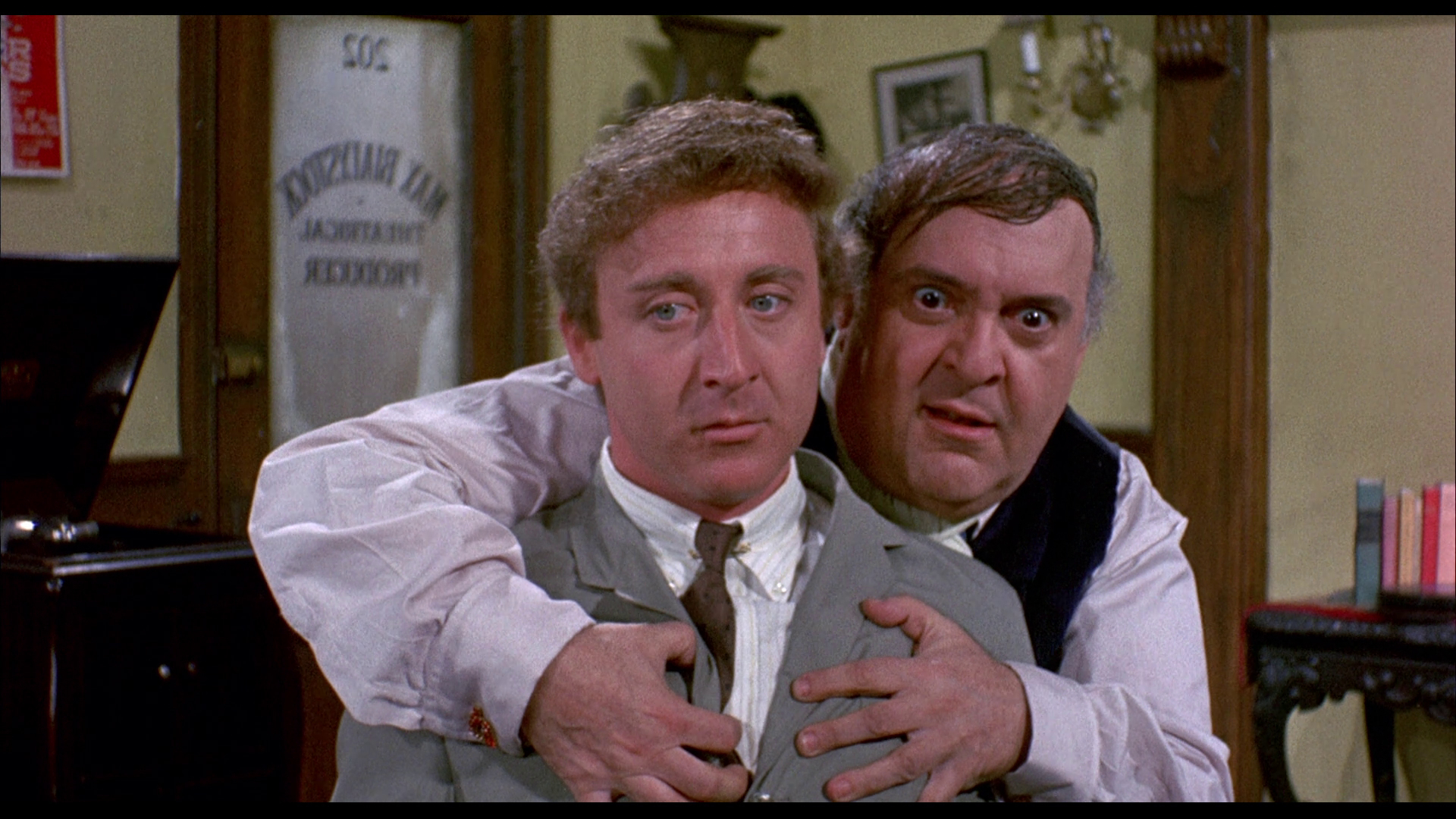 Mel Brooks created more than his fair share of classic comedies, but The Producers is both his first and possibly his best. This hilarious, irreverent film is rightfully considered one of the funniest comedies ever made, thanks in large part to Brooks and leads Zero Mostel and Gene Wilder. The Producers remains hilarious forty-five years after its release. Shout Factory releases the film on Blu-ray with excellent picture and sound quality and an assortment of quality extras. DVD Talk Collector Series. 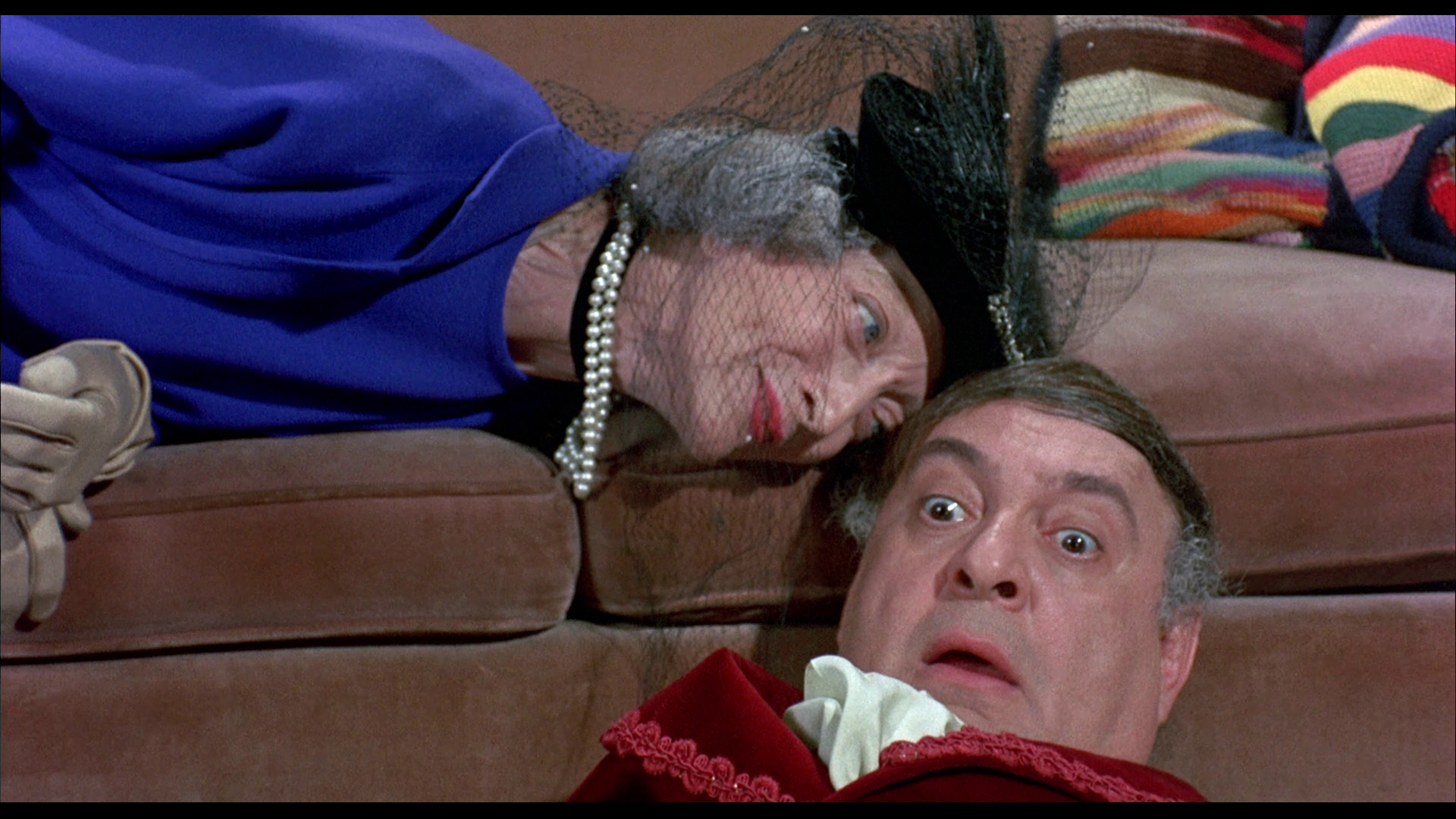 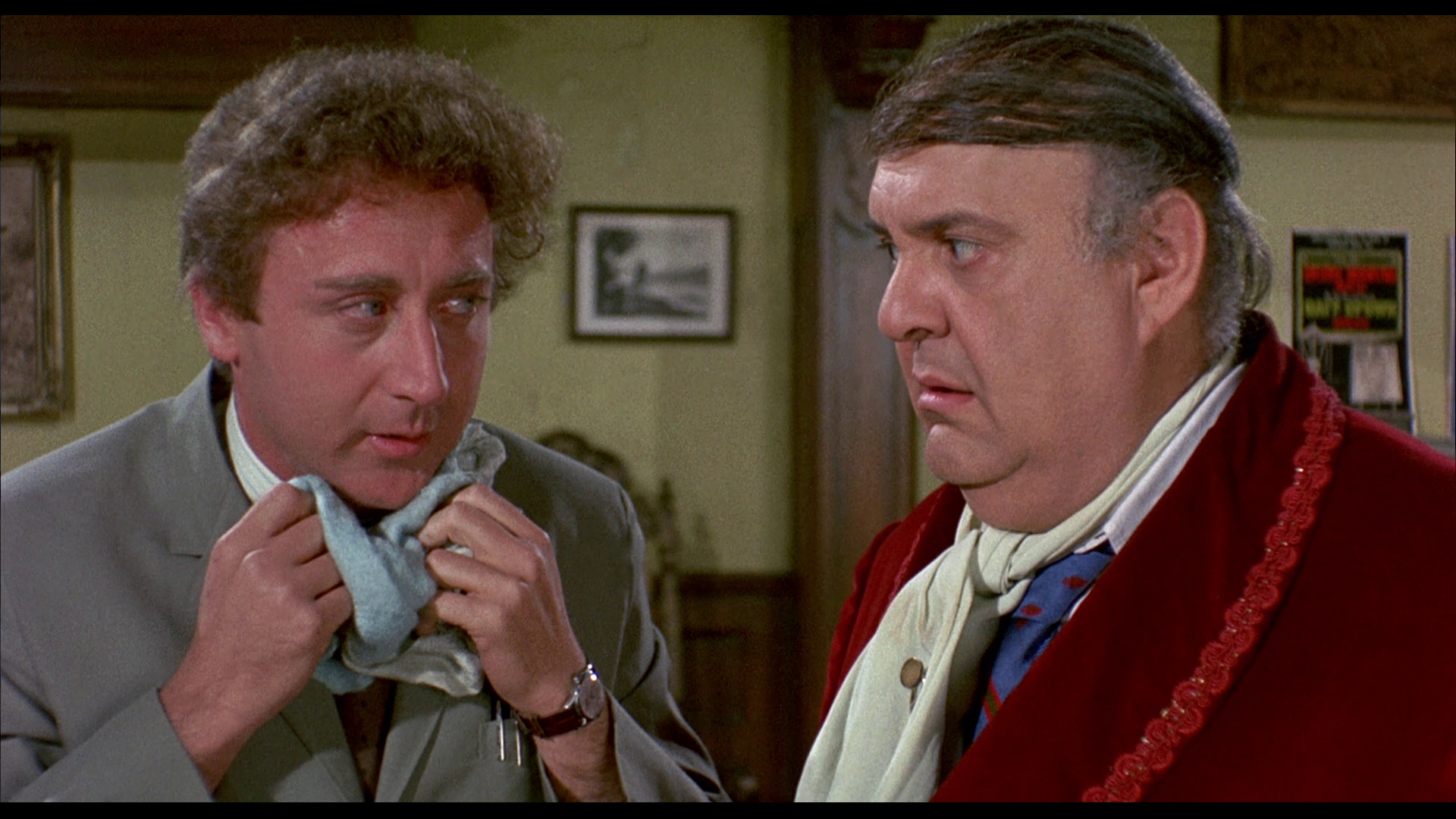 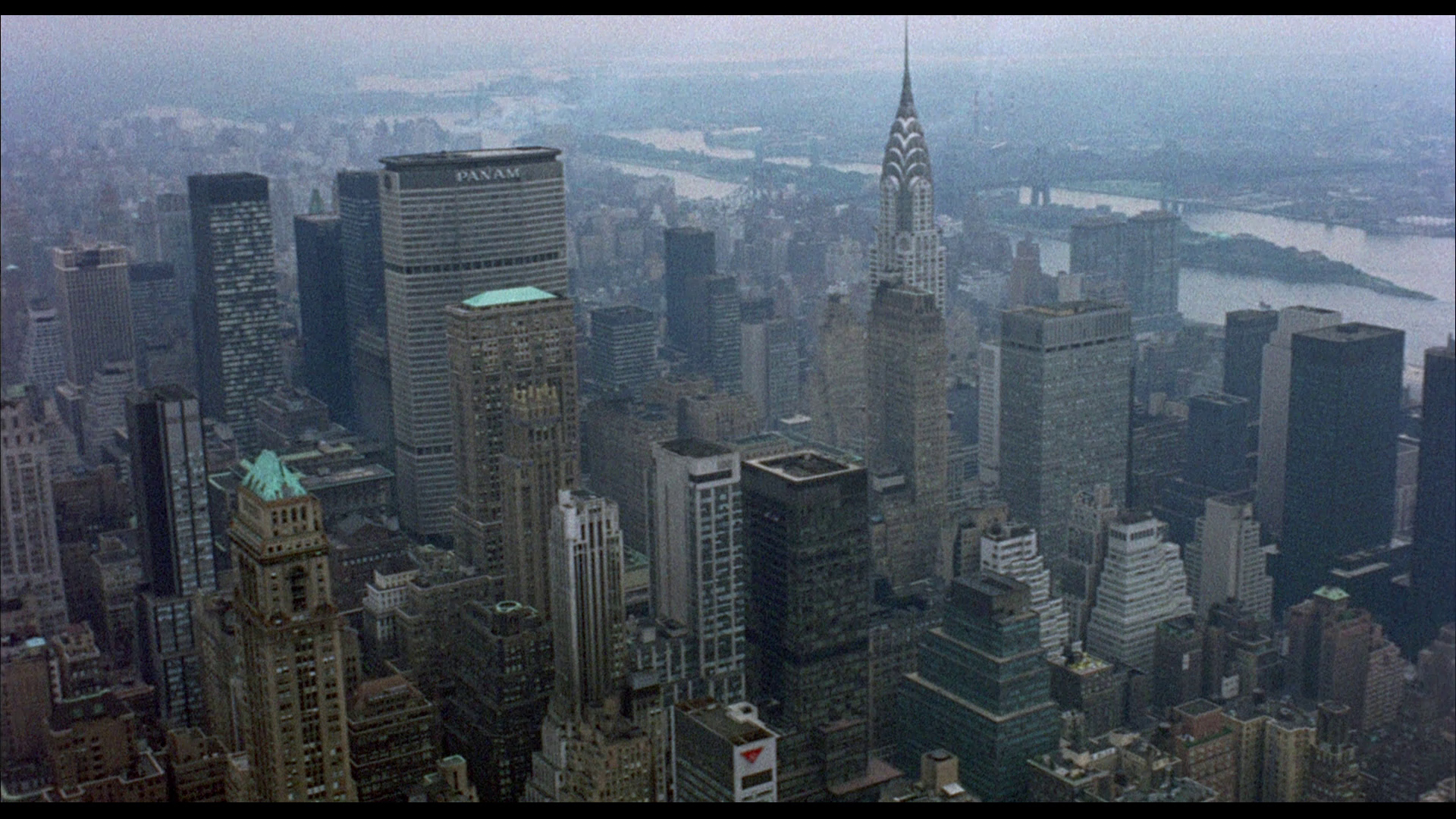 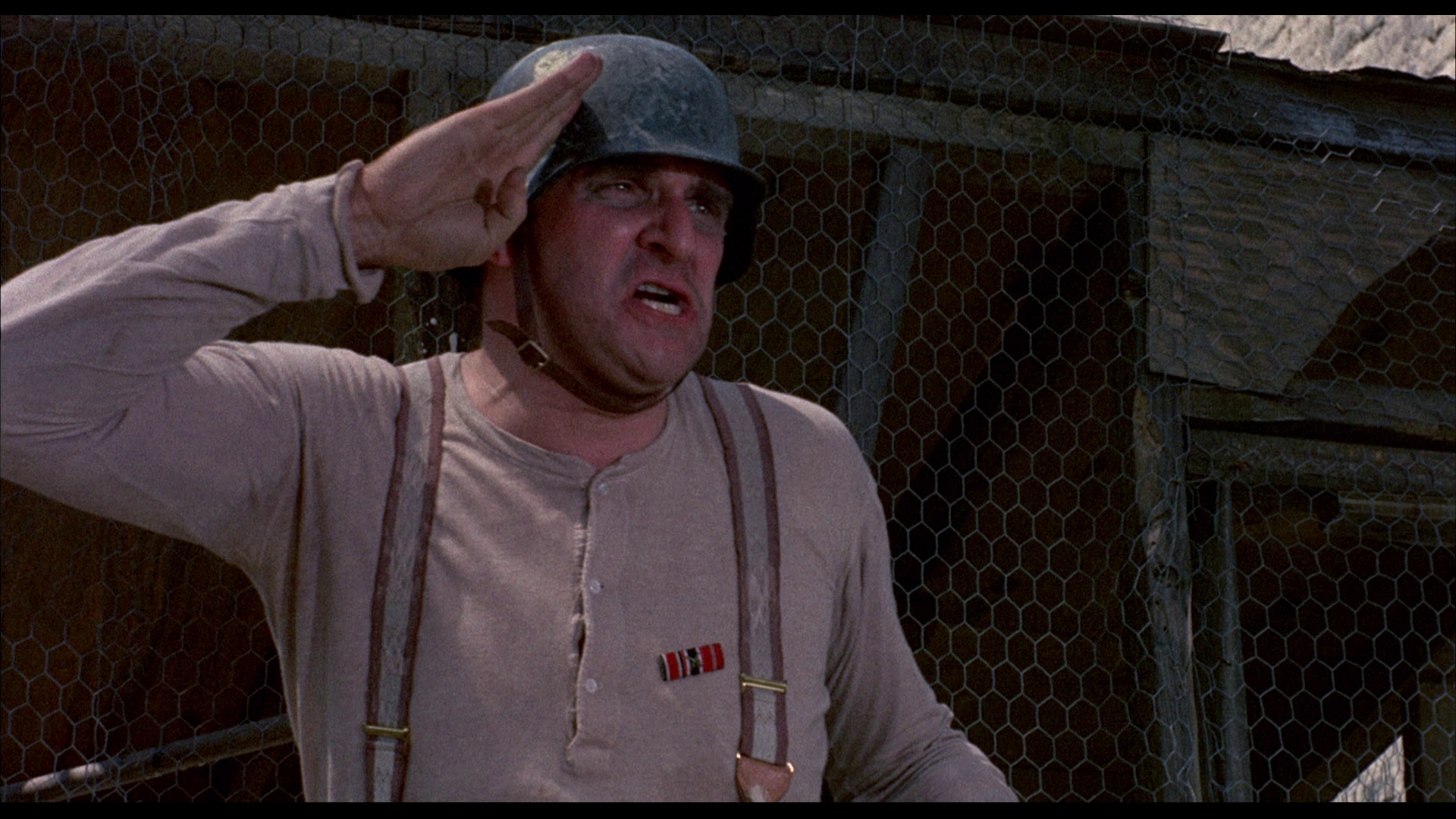 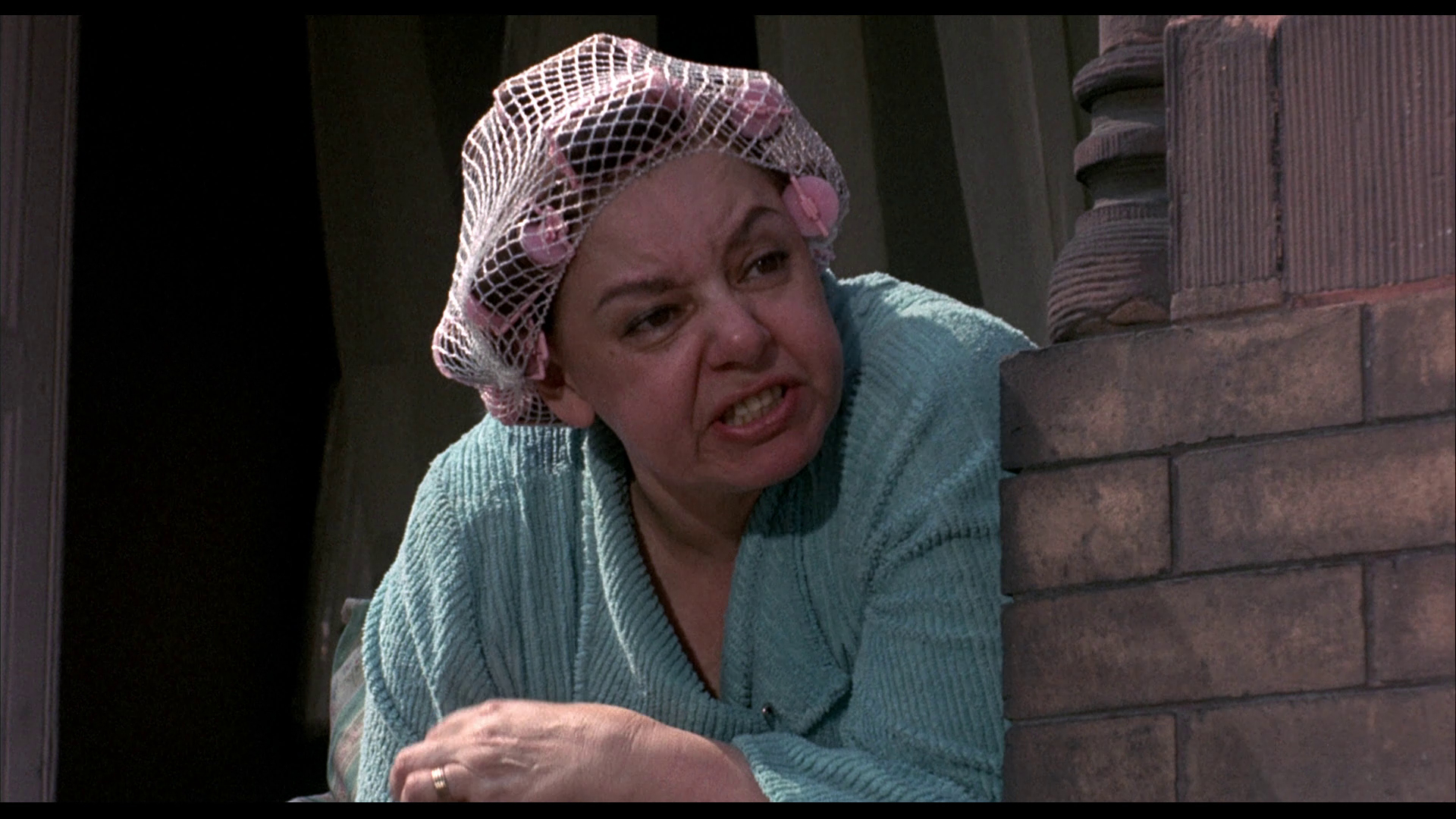 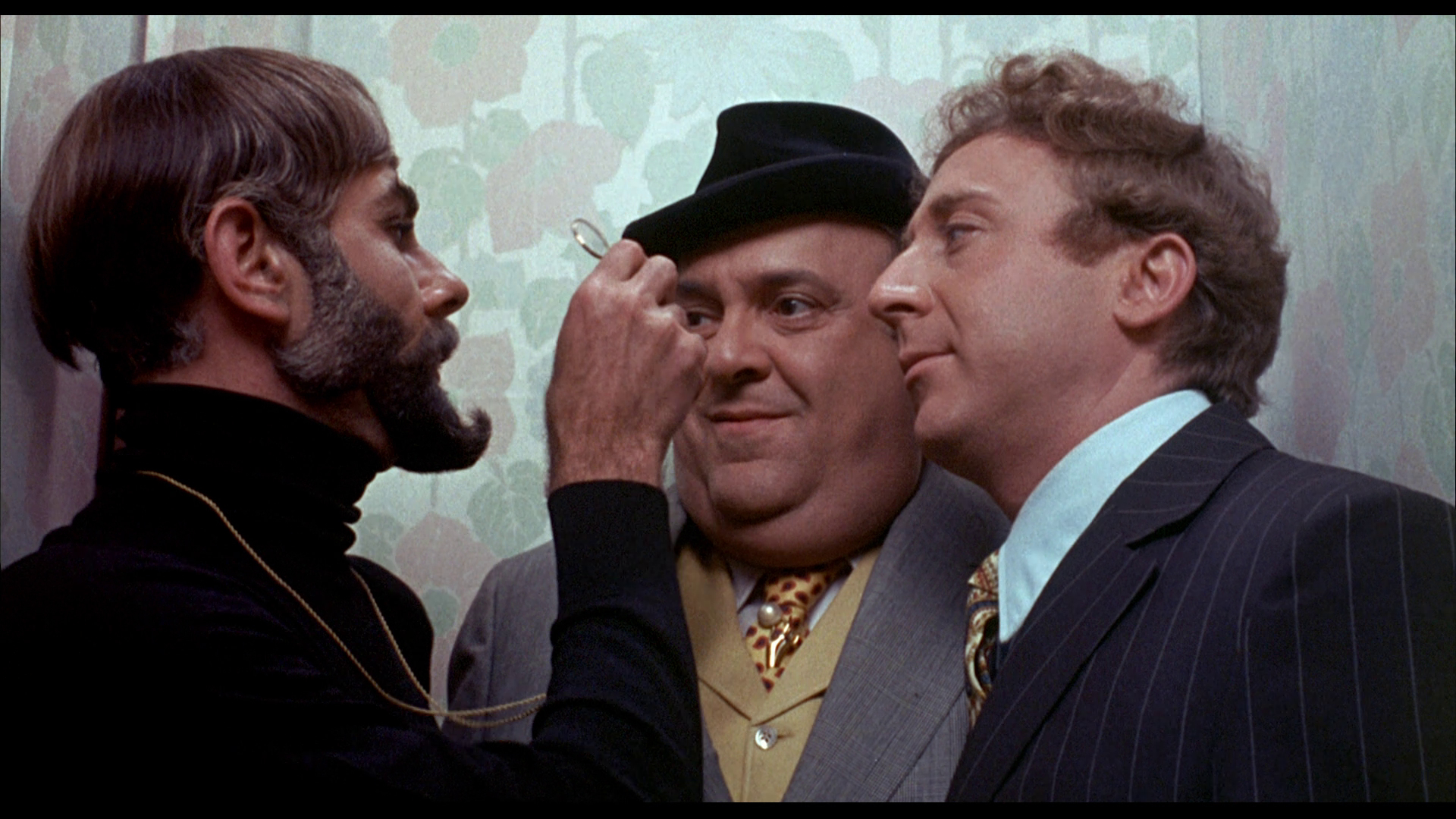 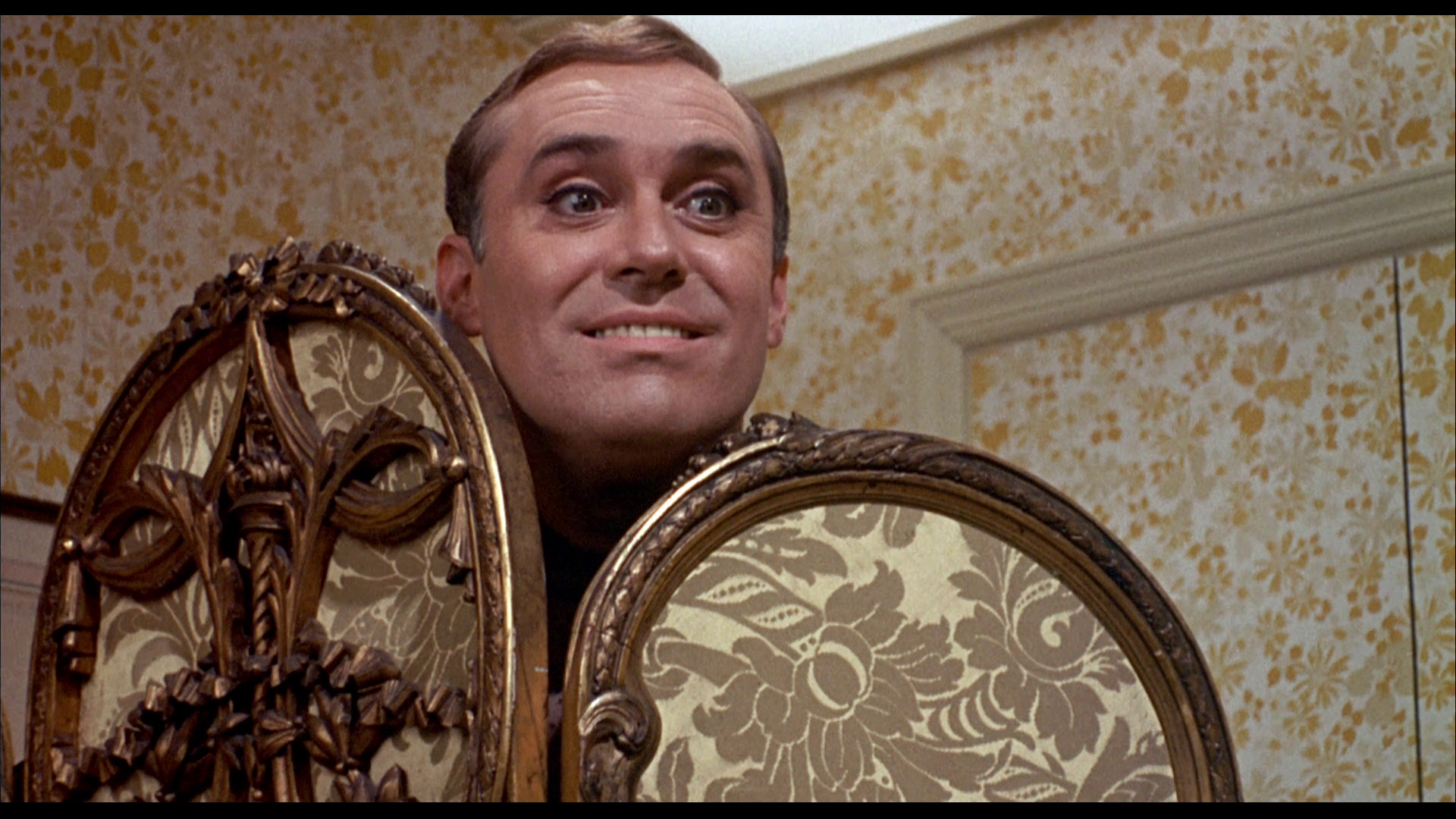 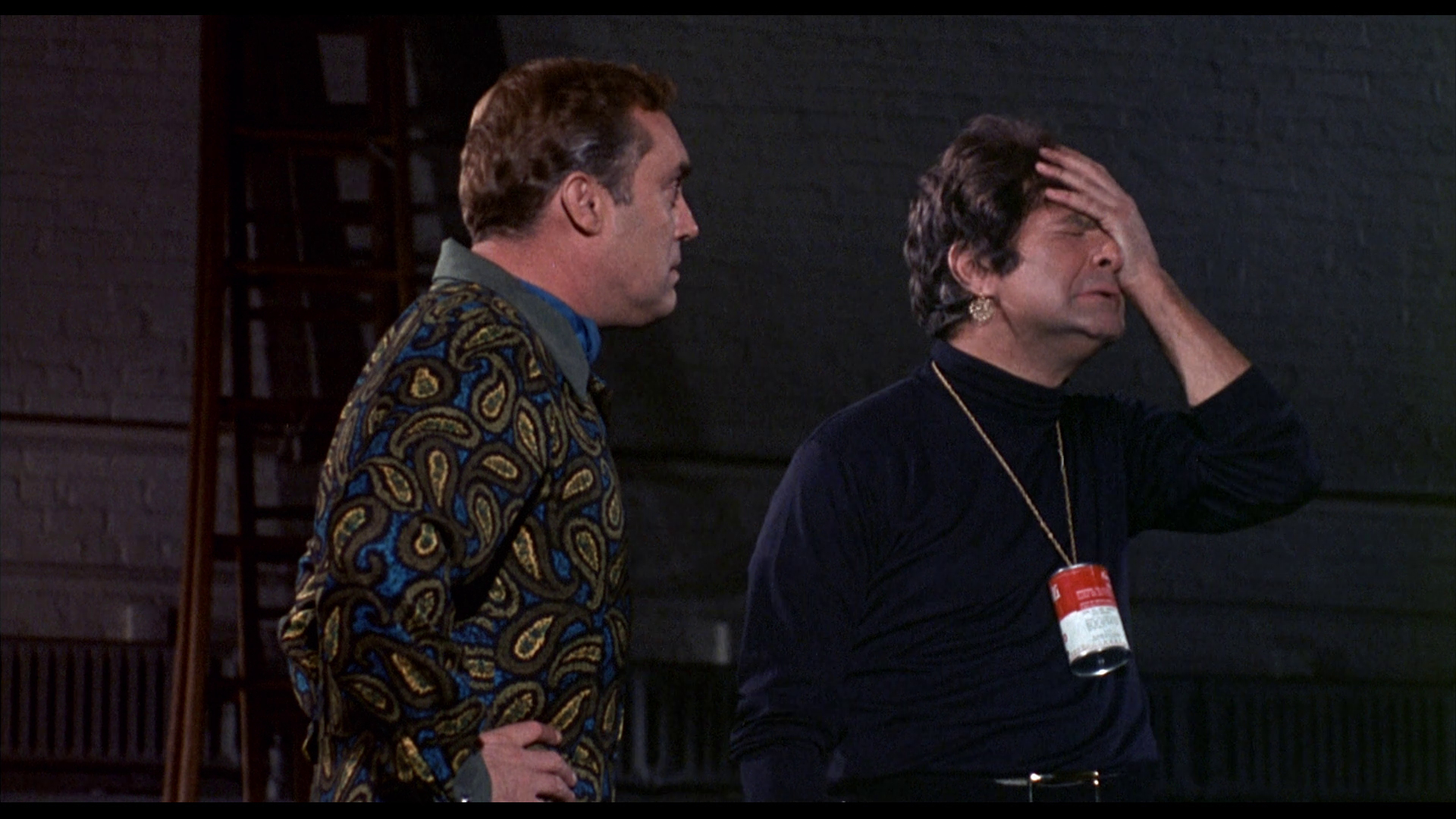 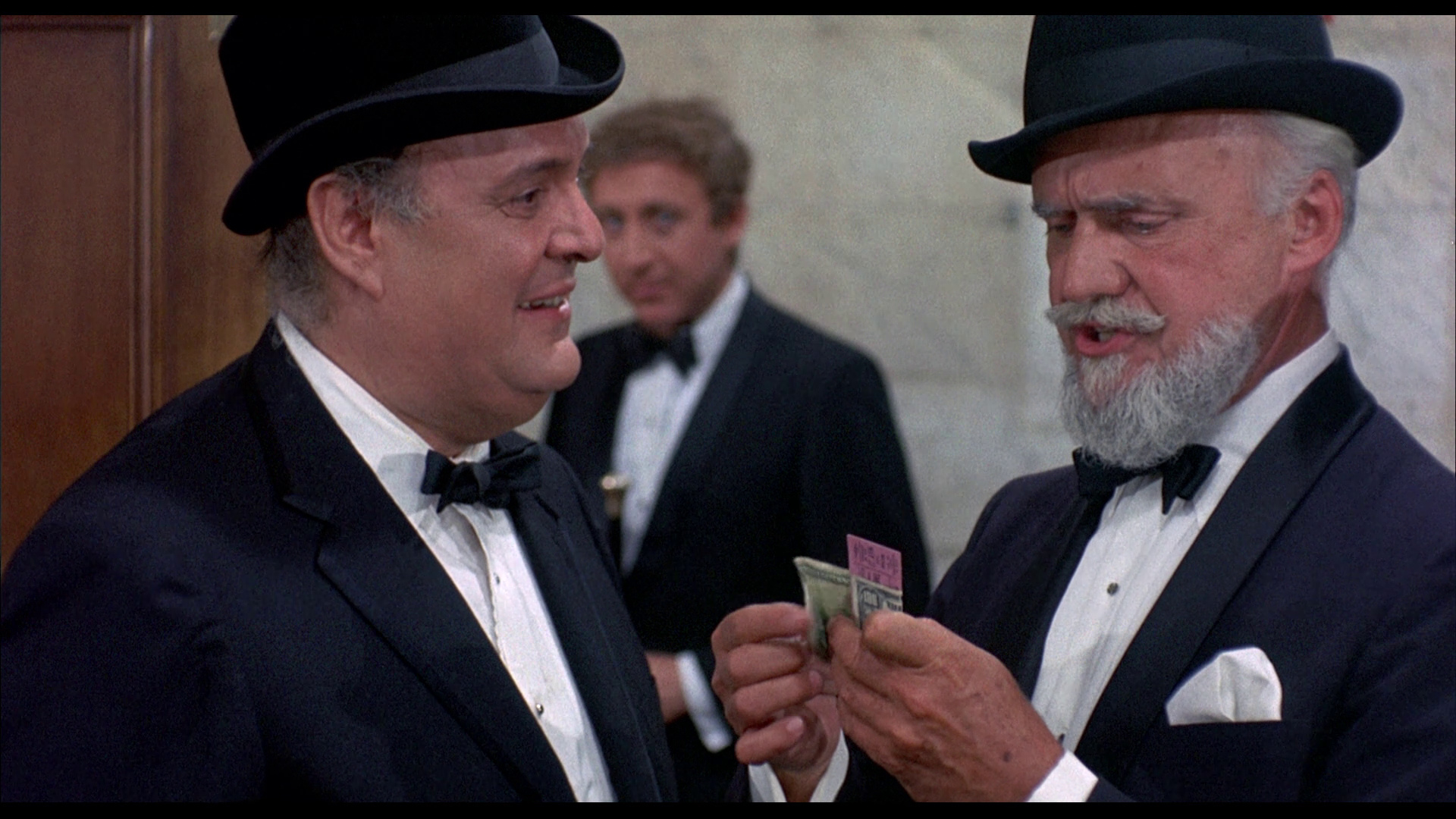 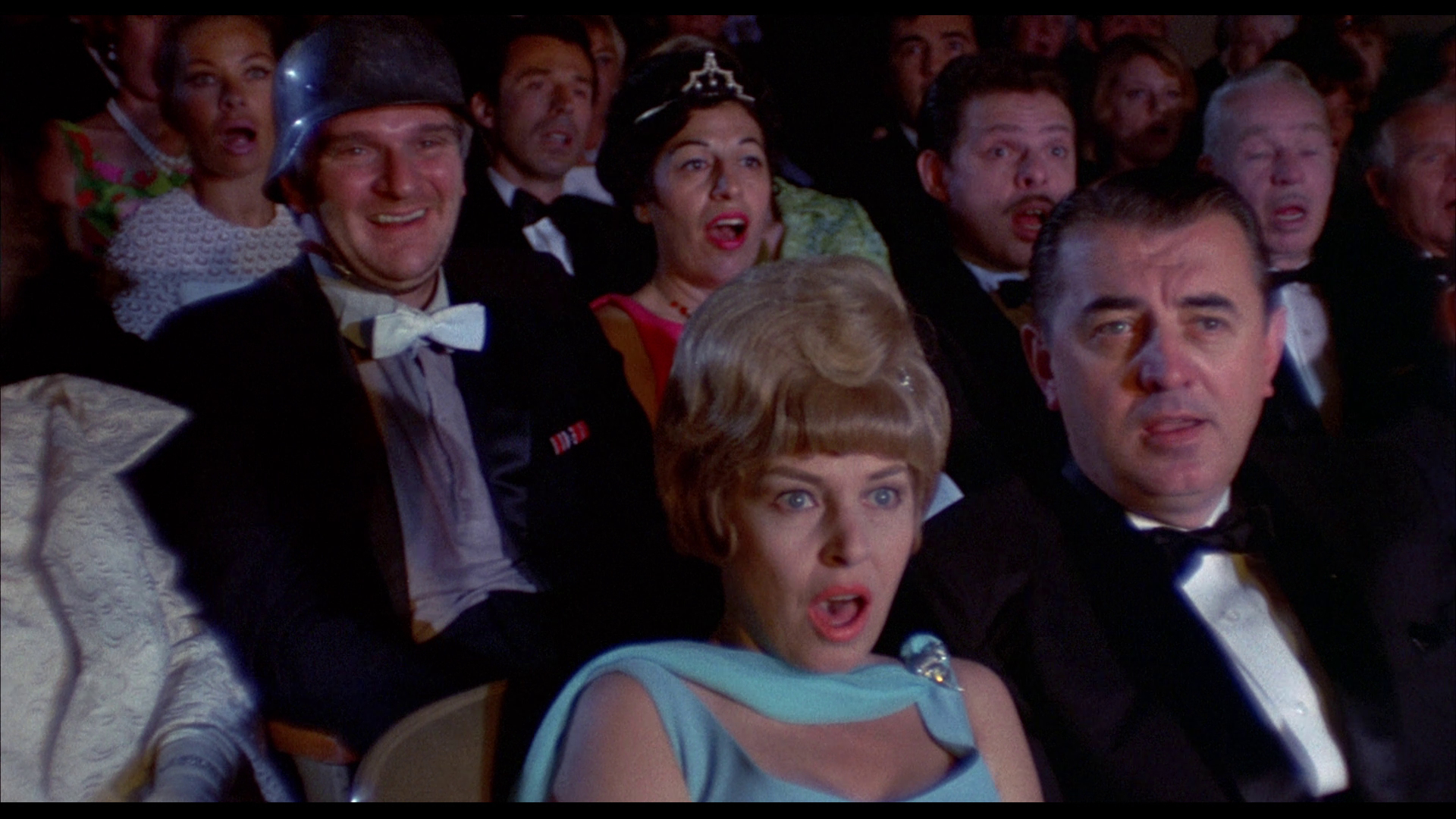 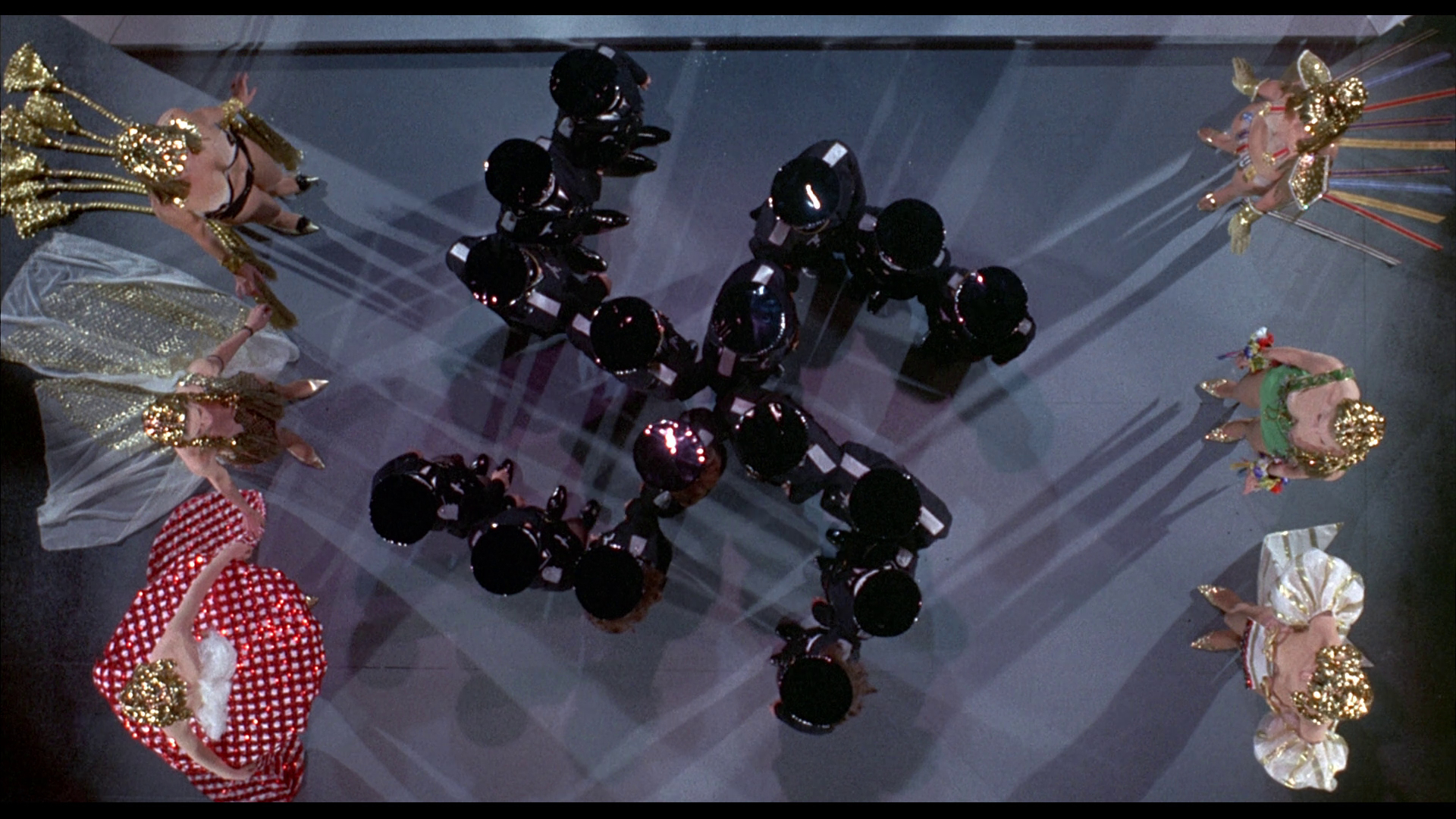 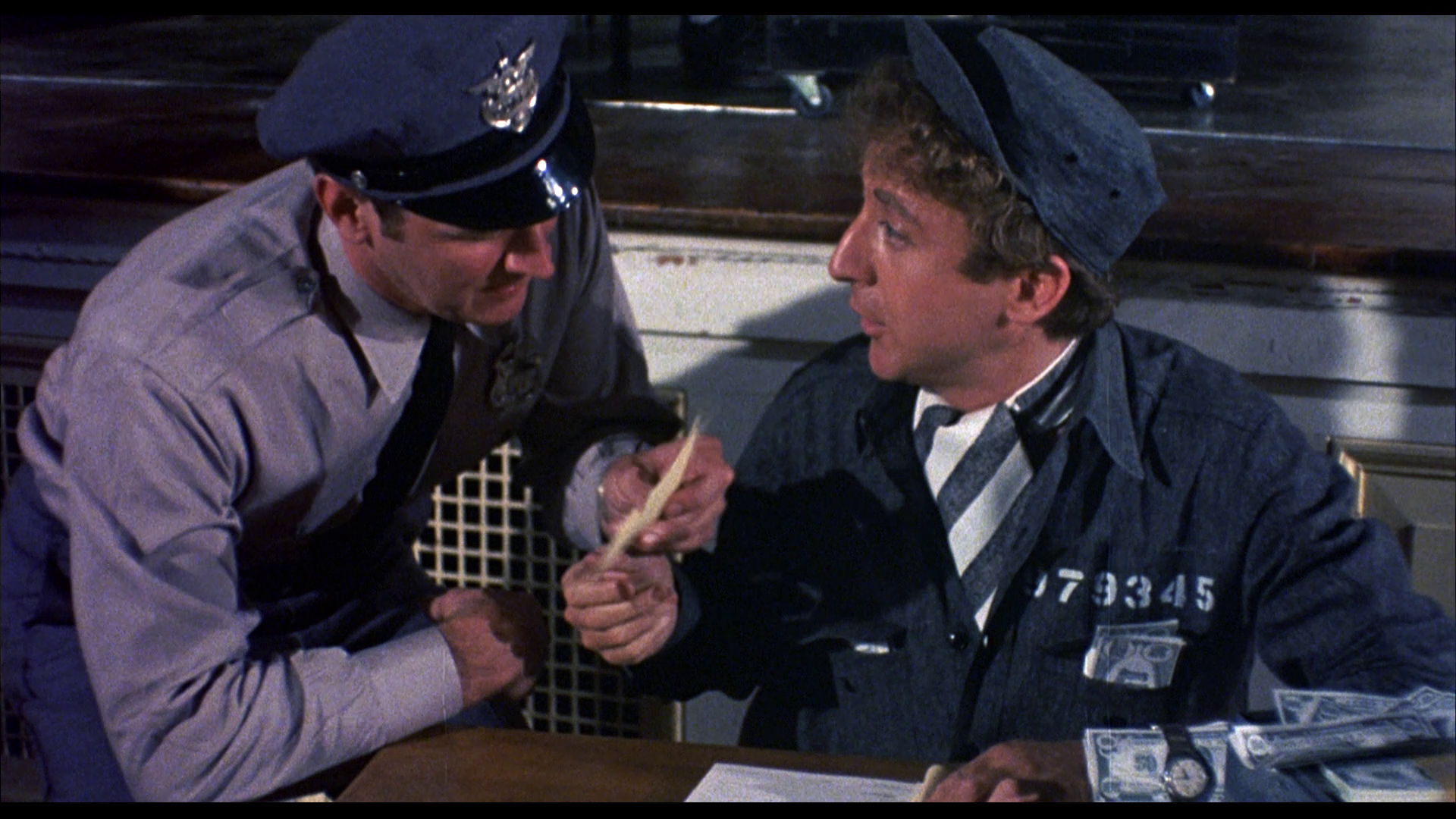 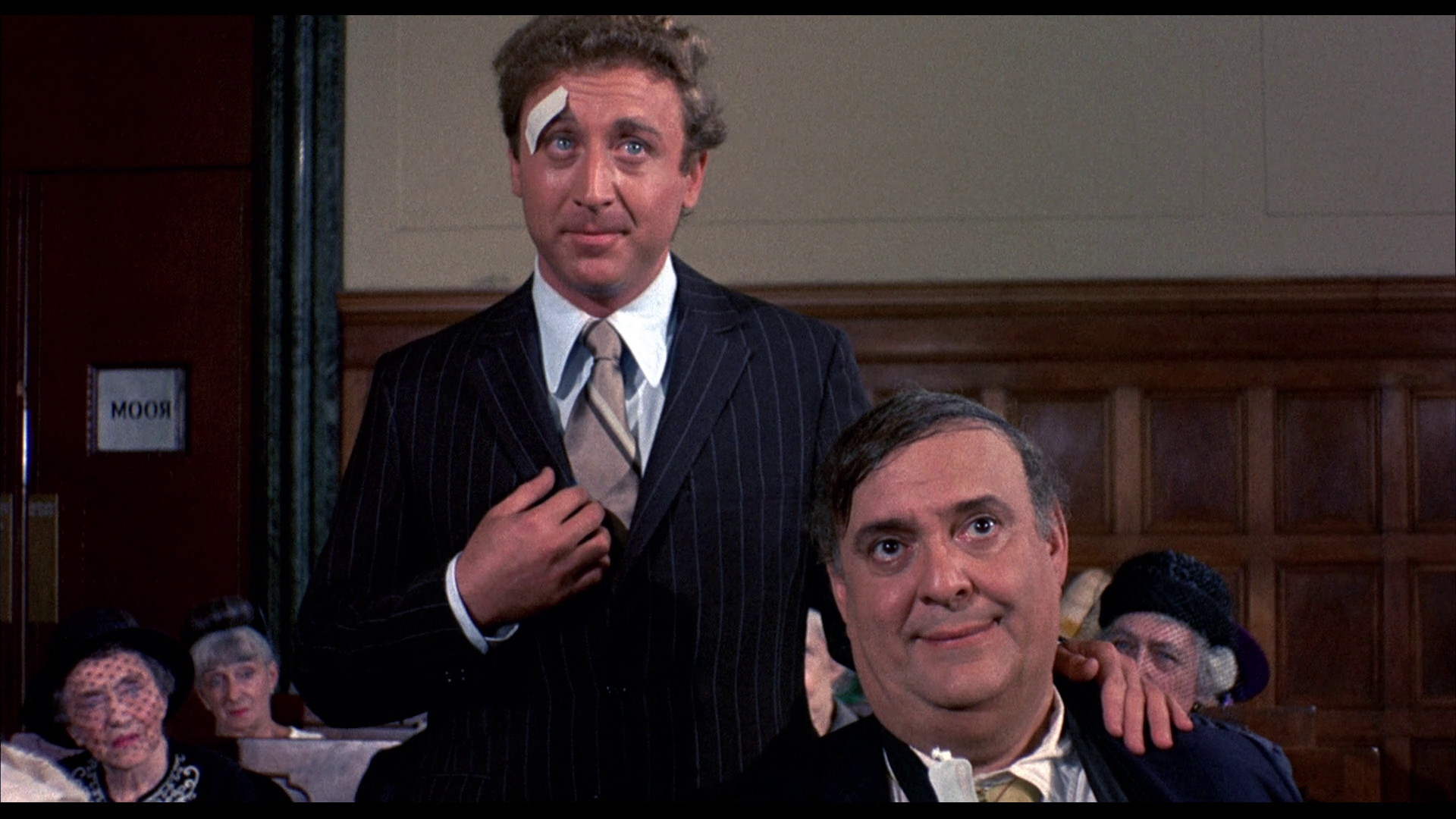 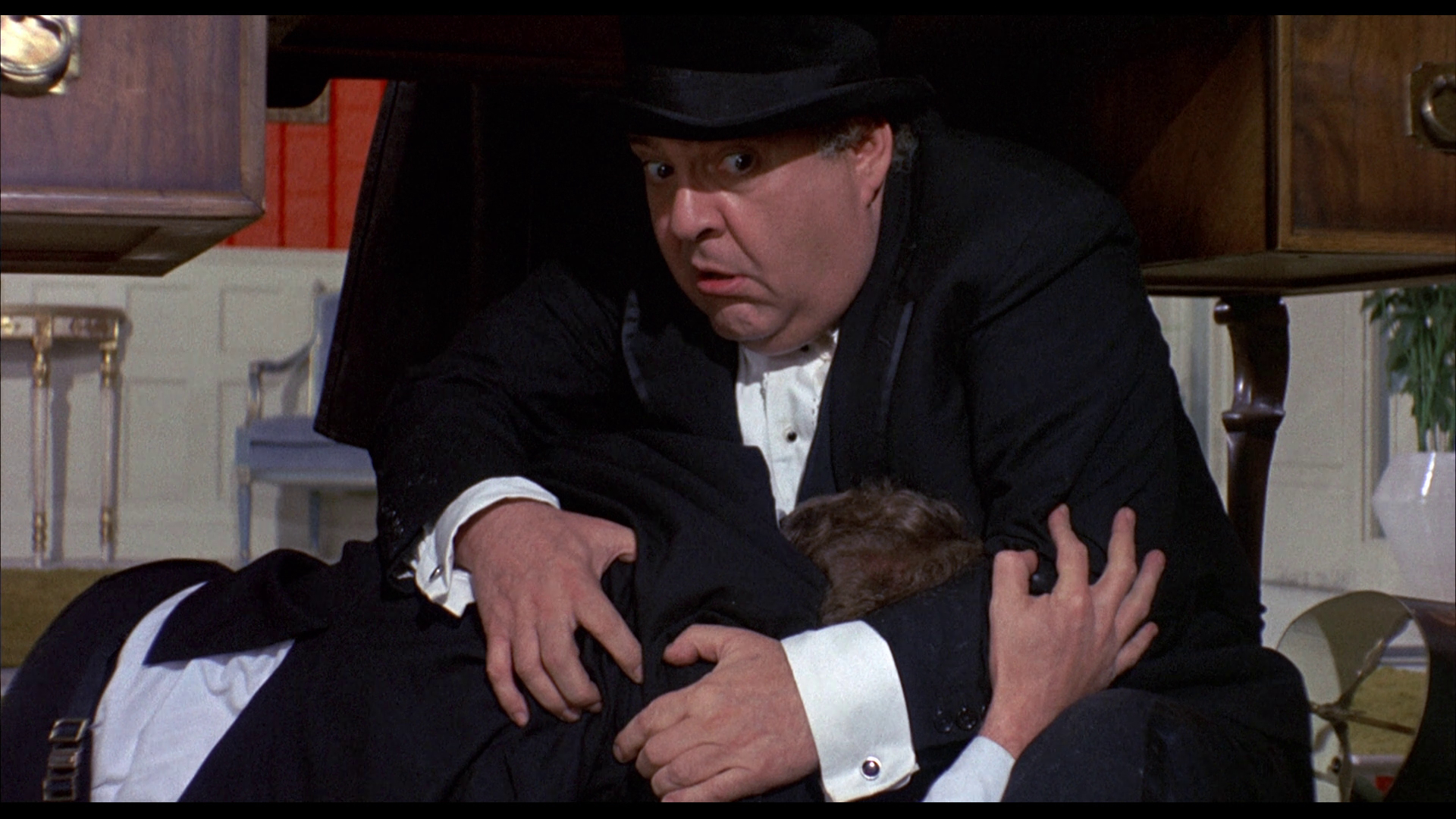 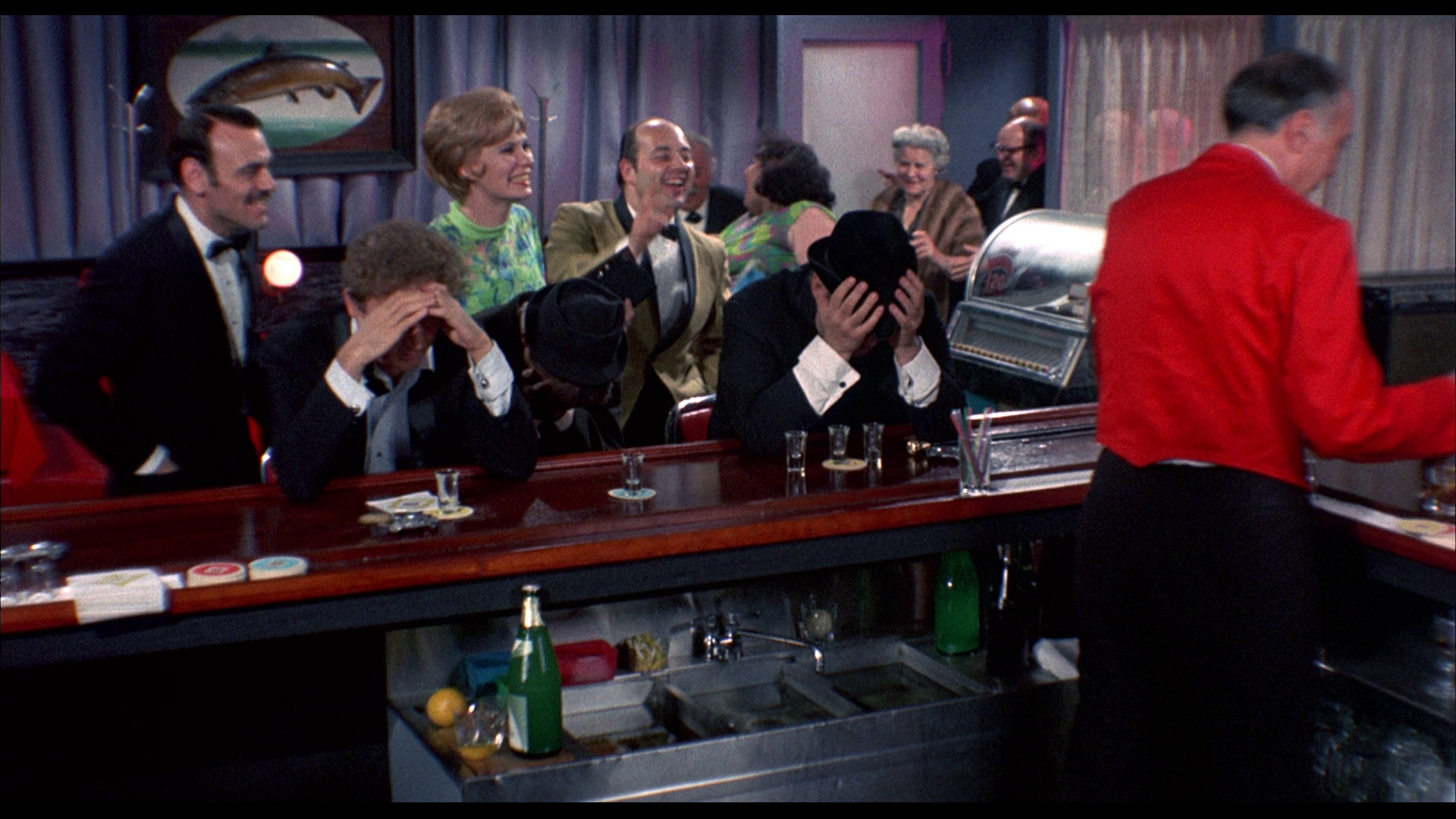