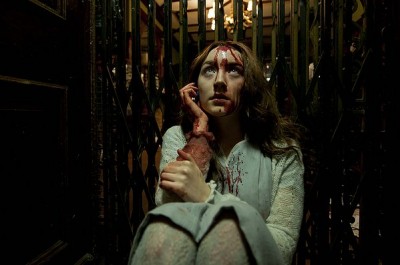 Nearly twenty years later, Interview with the Vampire-director Neil Jordan returns to the bloodsucking genre with Byzantium, a movie that, had it been made by anyone else, might have avoided comparisons to Anne Rice's popular saga. Moira Buffini's screenplay, which she adapted from her own stage play, bears many superficial resemblances to Interview--sex as a weapon, living in the shadows, a narrative that spans time--but then, what grow-up vampire story doesn't these days? Even so, with Jordan at the helm, Byzantium must carry the weight of a director trying to capture lightning in a bottle a second time and not quite succeeding.

Byzantium is the story of two vampire women who have been surviving on their wits and human sacrifice for more than two centuries. Big sister Clara (Gemma Arterton, Tamara Drewe, Clash of the Titans) leads the way, hooking and stripping to make money. Her younger companion, Eleanor (Saoirse Ronan, Hanna), is more solitary and sensitive. The girl, whose undead condition was a "gift" from Clara, is burdened with a perfect memory and, thus, an obsession with the past. It's through her compulsive journal writing that we learn the history of these two women, how they came to be who they are and the threats that nip at their heels at every turn. It's a knotted story, told through flashbacks and slow reveals. History repeats, personalities re-emerge, and not everyone is as they seem. 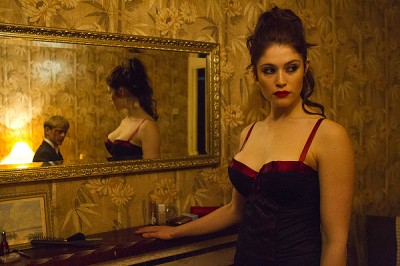 Jordan blends the darkness of British crime films with the bright colors of gaudy horror, creating a visual aesthetic that is seductive in its pleasures, even if the seams (intentionally) show. Blood flows crimson and the neon crackles with an intense glow. Clara and Eleanor set up shop in a rundown hotel in an equally rundown seaside town. Clara works her magic on the owner (Daniel Mays), who recently inherited the building from his mother (and who meets Clara by hiring her in a back alley), and she turns the place into a brothel. Thus, she and Eleanor briefly put down their roots, hoping the past doesn't catch up with them, and presumably worried more about today than tomorrow. Priorities shift for Eleanor, however, when she meets Frank (Caleb Landry Jones), a local misfit who, inexplicably, beguiles the eternal teenager by being emo and awkward. It's an implausible attraction, and one of Byzantium's more obvious weak points. Frank shouldn't inspire a girl to do much more than cross the street to avoid his gaze. It's hard to buy that he's the reason Eleanor becomes fed up with Clara's lies and decides to come clean.

On the surface, Jordan assembles a lot of the right elements for Byzantium. He's got a good cast, and they communicate a solid sense of purpose. Arterton is wily and alluring, manipulating those she needs something from while always finding her way back to Eleanor. The girl provides her with her necessary center, allowing for a morally complex portrayal of a typically amoral mythological creature. Clara's motivations transcend hunger, they come from a deeper, more natural place than even bloodlust. Her tenderness and her fury flow from the same source. Ronan is strong, as well, though this kind of role is becoming increasingly familiar from her. The male supporting cast tends to overact, with Landry Jones and a villainous Jonny Lee Miller (TV's Elementary) being the most egregiously obvious, but the material also begs for a little exaggeration. 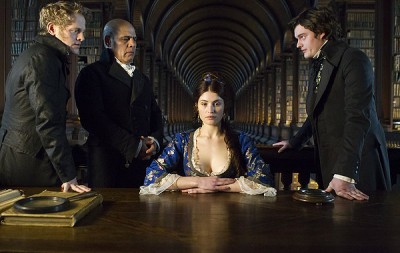 This is where Jordan fails. While Byzantium is visually impressive and his actors are committed to the endeavor, he is either confused about what tone to take or too eager to have his cake and eat it, too. The first half of Byzantium seems far too desperate to be taken seriously, so much so that when Jordan and Buffini start to shed their literary pretensions, it ends up being a losing battle. When their enemies finally track them down and the ladies' history starts to unravel, Byzantium embraces the right kind of trashiness. Bodices burst and blood is spilled, and we start to see what Byzantium could be if everyone were free to let loose and indulge their dangerous impulses. Hell, Jordan cuts his own throat by dropping in a scene from an entry in Hammer's Dracula series, reminding us of just what sort of horror film we were expecting Byzantium to be. You almost wish he wouldn't cut away from the TV so we could watch that movie instead.

There are some jolts of excitement in Byzantium's climax, but they play more as convenient put-ons than natural story developments. Like I said, Jordan is good at assembling the surface pieces, and Screenwriting 101 tells him which ones fit where. It's just far too dry and, dare I say, bloodless for a movie that is otherwise supposed to be all about passion and thirst. Byzantium is the product of cynical maneuvering rather than irresistible impulse. 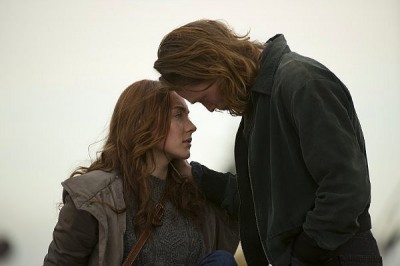