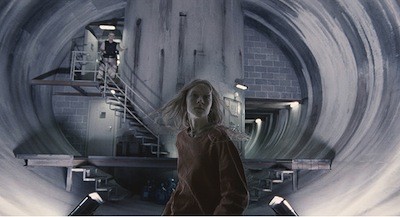 Hanna is not like other girls. And not just for the reasons that are immediately obvious, either. The true mystery of Hanna, Joe Wright's big-beat version of a Grimm's fairy tale, is finding out why the little girl warrior is the way she is. Saoirse Ronan, who previously worked with Wright in the overwrought Atonement, plays a Sleeping Beauty coming out of a spell most unmagical to emerge into a world completely foreign to her.

Hana opens in the chill winter. In a forest somewhere in Europe, a man named Erik (Eric Bana, Munich) trains his daughter to hunt and kill. He is preparing Hana for a future where this will be required, prepping her for the day she will leave this place and go and assassinate daddy's arch rival, a C.I.A. agent named Marissa (Cate Blanchett, Notes on a Scandal). Hana knows nothing of life beyond their training camp. She has never heard music or seen an electric light. What she has learned has come out of an encyclopedia and a Brothers Grimm tome. Yet, adolescence comes to us all, and Hana is changing, becoming curious, and also realizing her own strength. Erik presents the girl with a red button: push it, and Marissa will know where she is. There will be no turning back. 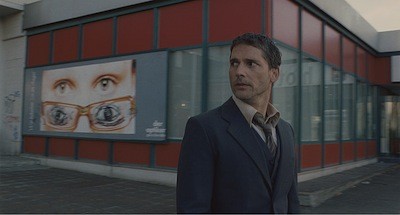 While Hanna doesn't exactly hit the ground running in its first act, this action picture definitely picks up speed as it goes. Wright and his screenwriters Seth Lochhead and David Farr ("MI-5") have designed their movie like a turbine engine: the more it spins, the more energy it generates. Cut to a bompin' techno score from the Chemical Brothers, Hanna is an action movie with a genuine pulse, a little Run Lola Run, a little Nicholas Roeg, and yet its own surreal machine manufacturing storybook playgrounds made of steel and iron for its heroine to do battle on. She also gets a nasty villain and a questionable mentor. Blanchett is clearly enjoying herself hamming it up with a Southern accent and barking orders at her underlings. Likewise, Bana appears looser and more comfortable than I recall ever seeing him. He gets the best fight scene in the movie, taking on a whole cadre of secret agents in a subway station. Wright shoots the skirmish as one unbroken circle, more than making up for overdoing it earlier by editing Hanna's escape through underground tunnels like it was a Prodigy video, circa 1996.

Ronan is perfect as Hanna. The girl essentially begins as a blank slate, knowing only what her father has told her to be true. His training has prepared her to act as a robot. The prime directive: leave home, kill Marissa, head to the rendezvous. What Erik hasn't factored in is that there is a big world in between all those points, and so there is much to see and experience on Hana's journey. In between her bouts with Marissa's off-the-books crew--lead by a creepy Tom Hollander (In the Loop), who comes across as a blonde Peter Lorre for the internet age--Hana falls in with a traveling British family, stowing away with them on their trip from Morocco to Spain, a leap frog on the way to Germany. During her time with them, she makes her first friend (Tamara Drewe's excellent Jessica Barden) and begins to understand that some things matter more than killing.

Too bad her father was right, and there is no way to stop the oncoming storm, not even when Hanna begins to discover that not all of daddy's bedtime stories were completely accurate. The underlying conspiracy is a little bit ludicrous, but Wright avoids explaining it any further than is required to lay out the metafiction that informs his tale. By the time of Hanna's climax at an abandoned amusement park, the idea of this heroine as a construct of worn-out folklore has already become absolutely clear. There must be something in the motion-picture water, what with all of the fairy-tale action films starring young girls we've gotten so far this year. Whereas both Red Riding Hood and Sucker Punch have disappointed, Hanna actually delivers. Her story comes with the message of self-empowerment audiences have been yearning for, and also a protagonist that can actually kick ass. 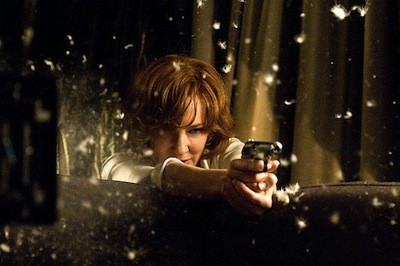