That Touch of Mink


Please Note: The stills used here are taken from an older standard-definition DVD, not the Blu-ray edition under review. 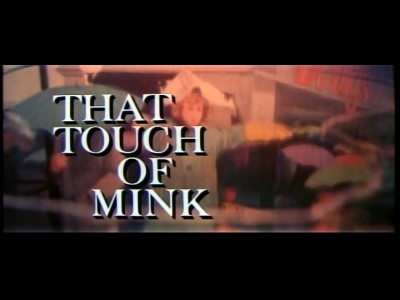 A latter-day Cary Grant romantic vehicle, That Touch of Mink is a strangely sexless sex comedy. It trades on Grant's legendary charm and co-star Doris Day's squeaky clean image, gambling that the one way an elder gentleman like Grant could be accepted seducing a virgin was if she was old enough to have clearly voted for a couple of Presidents already herself.

The meet-cute (blech!) of this 1962 crowd pleaser is when millionaire playboy Philip Shayne (Grant) splashes struggling 38-year-old career gal Cathy Timberlake (Day) when his limo hits a puddle by the curb where she's standing. Upset by his chauffeur's oafish behavior, the moneyman seeks her out to make amends. The blonde swoons under the silver fox's gaze, and so the courtship begins. Their first date? Flying around the East Coast in Shayne's private jet so the tycoon can keep his appointments and pick his new friend's brain for common sense wisdom.

That Touch of Mink was directed by Delbert Mann, who helped Ernest Borgnine navigate more sensitive matters on the heart in Marty, and despite its rather chaste execution, the set-up does show the slow cultural shift leading up to the Free Love '60s. Shayne explicitly does not propose to Cathy, and their trip to the Bahamas raises eyebrows and innuendoes. It's either terribly subversive or, in actuality, the exact opposite. That Touch of Mink tut-tuts pre-marital sex in a variety of ways, and its plot is engineered to reinforce old-fashioned values. By refusing to put out just so she can get a fur coat, Doris Day begins laying a slow trap that will spring at the altar, even providing Cary Grant a chance to be the white knight and rescuing his lady love from a masher (an amusingly creep John Astin, the original Gomez Addams). 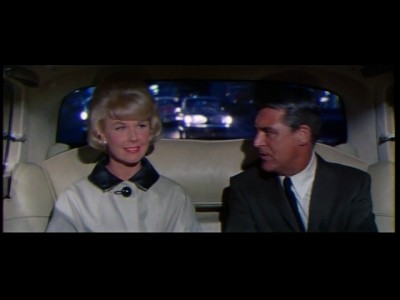 That Touch of Mink is quaint and goofy and that's not altogether a bad thing. Cary Grant's rapscallion persona lends itself well to skirting the moral line in this way, even if at his age it was better served by more grown-up romances like Indiscreet. (It arguably worked better for Humphrey Bogart in Sabrina because his young love interest really was young, no one was trying to pull the wool over our eyes.) He makes for a solid straight-man foil to Day's whackadoo comedic energy. Though, to be honest, her shtick is consistently upstaged by the supporting team. Most of the big laughs come from Gig Young (Teacher's Pet) and Audrey Meadows (The Honeymooners) as Grant's neurotic right-hand man and Day's brassy roommate, respectively. Their confusion over their pals' joint love life generates more comedy than Day's inability to commit to a roll in the sheets.

Many older Hollywood films got by on the likability and recognizable images their stars projected; That Touch of Mink is no exception. It's an agreeable comedy, no great shakes for any of the folks involved, but it makes for a pleasant 99 minutes in front of the TV. 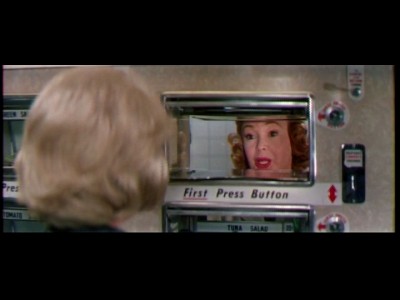 Video:
Olive's HD version of That Touch of Mink shows the full color movie in its original 2.35:1 aspect ratio. The clean-up job is decent, with some scratches and marks still remaining, but the picture is clear overall. Detail is not all that impressive, but then I think we see everything that is there. Grain is well modulated and there appears to be no smears or tracers or other hints of digital enhancement.

Sound:
The 1962 soundtrack is mixed in mono and sounds fine. There are no glitches nor any problems with volume.

FINAL THOUGHTS:
Recommended. It's fluffy, but then, mink is supposed to be fluffy and soft and only harmful to the animals that gave up their fur, so that That Touch of Mink is kind of innocuous and anemic is sort of okay. Cary Grant is charming, Doris Day is punching the last few tickets on her "cute" card, and the supporting cast of Gig Young and Audrey Meadows is as funny as it was hired to be. The romance is slight, but light-hearted, difficult not to like even if you don't fall in love yourself. 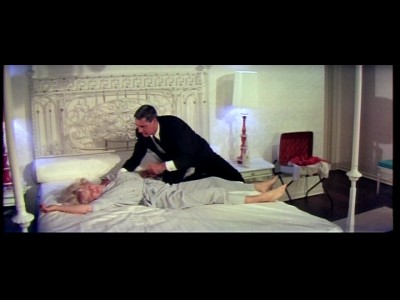