The opening moments of Nebraska sets up the film's story as plainly as can be: a man in his seventies, walking along an interstate out of Billings, Montana, is stopped by a police officer. We learn that the man, Woody Grant (Bruce DernDjango Unchained) has received a letter informing him he has won a million dollars and he is going to claim it. He does not trust the mail in delivering this reward and he is unable to drive, hence his walking.

Within Bob Nelson's script that Alexander Payne directs (in Payne's follow-up to The Descendants), it is left up to Woody's family to deal with the aftermath. Woody's wife Kate (June Squibb, About Schmidt) thinks it is a silly proposal and that his foolishness should not be indulged. Woody's sons are somewhat less harsh on the matter. The older son, Ross (Bob Odenkirk, Breaking Bad) thinks that the time has come for Woody to be sent to a home; Woody's faculties are not once what they were after years of drinking. His younger son David (Will Forte, MacGruber) agrees with this to some degree, but also allows Woody to see his quest out, even offering to drive him from Billings to Lincoln, Nebraska in order to claim his "prize" in the hope this will send a lesson to Woody. So we get to ride along for the journey between father and son. 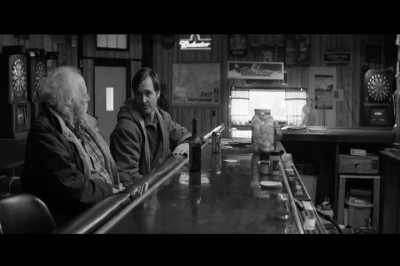 The core of the story of Nebraska makes it fall into the ‘road movie' category, but it is what lies beneath that which makes it a truly effecting film. Payne is adept with moments of dark comedy as his past work has shown, and this is no different. Dern and Forte play off of one another well as Woody and David, the latter serving as a straight man in some degree. As the film goes on however, Nebraska is less about Woody's journey and more about David learning things about his father he had little to no idea about. There tends to be a point in a son's life where they are surprised by their father either in admission on in a secondhand story (speaking from recent personal experience at least). Maybe it is because if the father shared all of their faults with their son when the latter is much younger a perceived veil of invincibility could drop. But when a parent is in the December of life, the candor with their siblings seems to increase, or at least does with Woody and David. All of Woody's oars may not be in the water, but he does have a sense that he is facing an isolated future and wants to do something to be remembered for, as perhaps we all would.

Praise has been heaped upon Dern for his performance as Woody for good reason, but I think a good portion of the foundation for his work as Woody was laid in his recurring role in HBO's show Big Love. There comes a point in an actor's life when they wrap their arms around their later years and Dern did that there before doing it here, but in Nebraska he is able to add onto it with aspects of nostalgia in scenes where he visits his family and his childhood home. It is a broader performance then that Richard Farnsworth turned in several years back for The Straight Story and just as enjoyable.

A pleasant surprise in the film is Forte. He and Odenkirk perform in such a way that their roles are more facially expressive than anything else. This is not to say they are hamming it for an easy yuk, but Payne submerges the characters in such realism that their expressions are perfect in the moment. But as Nebraska rolls on, David's sense of embarrassment of Woody and a desire to take him to Lincoln as an ultimate ‘told you so' evolves more to sympathy for his father and his current position in life. And it places out over his face beautifully, there's a level of emotion going through Forte in the many shots of him that makes his work a treat. Squibb is receiving her own praise as Kate for good reason, but a special mention goes to the newspaper editor in Hawthorne that David meets as part of a story on Woody and his pending fortune. Her few scenes are so incredibly sincere, pleasing and seemingly genuine, she may be the warmest character I have seen in recent memory. 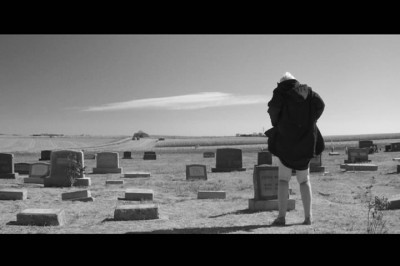 There are several other aspects within Nebraska that I feel they may be better discovered than explained. But I think it is a movie that people should revisit at various points in their life to see things in it that may not have been seen before by them. It covers a lot of ground in just under two hours of time and Payne handles it all exceptionally well, as he continues to do in his films. That I barely touched on his work for the film yet could blather on about it (the film's black and white imagery helps convey a sense of beauty and haunting of the Midwest). I was thinking about Nebraska long after seeing it for several reasons and believe others will do the same.


Paramount gives Nebraska a 2.40:1 widescreen transfer with the AVC codec and looks excellent. Director of Photography Phedon Papamichael returns to work on his third film with Payne and the results look crisp and even possess some image detail in the foreground (with textures and paint chips in and around Uncle Ray's house) and background (with the wider exterior shots). Black levels are consistent though much of the production and film grain is present for much of the viewing experience. A quality presentation from Paramount.


This may be the first time I have experienced a DTS-HD Master Audio 3.0 soundtrack, but the film is devoid of action. On a related note, for all the praise being heaped on Nebraska, one aspect of the film that is underrated is Matt Orton's score which not only complements the film nicely but sounds clear in the channels when demonstrated. Dialogue is consistent through the film and well-balanced, and everything in the front if the soundstage is clean as can be.


The only extra to speak of is a making of look at the film which covers a few topics (28:50), including how Nelson came to write the story and how it eventually got to Payne. The cast share their thoughts on their characters, the material and working with Payne, and Payne's eye for casting is touched upon. The crew (mainly those who have been working with him for awhile) talk about how they work with Payne, and the motivations behind and decisions on the Nebraskan locations are illustrated, along with the choice to shoot in black and white. It is quite a solid piece. Codes for Ultraviolet and iTunes are the only other things on the disc with a standard definition disc.


I think Alexander Payne is very quietly developing a filmography that explores broad themes within life and love that cannot help allow the viewer to respect and admire. He does it with understated emotion and perfectly timed moments of humor, and Nebraska shows much of that essence here, and the ensemble's performance is a joy to watch from top to bottom. Technically the disc is solid but man, I would kill for Payne to do a commentary one of these days. The film is very much worth seeking out and experiencing.