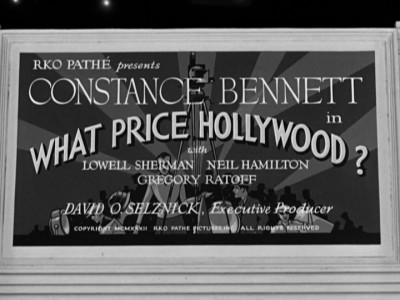 Twenty-two years before George Cukor would remake A Star is Born (and even five years before William Wellman's original), the director would set the standard for the quintessential Tinsel Town tale with his entertaining pre-Code melodrama What Price Hollywood?.

A charming Constance Bennett stars as Mary Evans, who, up until her lucky run-in with perpetually soused film director Max Carey, is just another blonde actress making ends meet as a waitress at the Brown Derby. Carey, played with affable aplomb by Lowell Sherman (who soon went on to be a director himself), is working on slightly sobering up before heading off to the Chinese Theatre for his latest premiere. When the girl gets him home safe, she also gets herself a screen test, kicking off an illustrious career and a difficult relationship between two strong personalities--the nature of which seems to be a little more father/daughter until Mary gets married to Lonny Borden (Neil Hamilton), a millionaire playboy who doesn't get this Hollywood life. (Though, given his twisted courtship technique, I'm not sure Lonny's one to judge.) As the scales tip and Max needs Mary's help more than she needs his, it drives a wedge between the newlyweds and eventually propels everyone into scandal.

Cukor mines some pretty dark material here, seemingly fascinated with the mechanics and mythology that had already sprung up around what was really a very young industry. The studio machine that churns out Mary's publicity--including the hands-on studio head (Gregory Ratoff) who goes so far as to plan her wedding--and the contentious relationship between the stars and the press appears no different then than it is now. There are even scary run-ins with fans, who literally try to tear the clothes from Mary's body. At the same time, the backstage efforts have their own magical efficiency. Cukor inserts shots of the technicians at work, a peek into the complicated choreography of a movie set. Gearheads should enjoy seeing the old cameras, microphones, and the like.

Constance Bennett is a dream as Mary, hitting on several notes that would become archetypical for this type of story--wide-eyed ingénue, a marquee-powered diva, frustrated wife and mother. She and Lowell Sherman make a fine pair. His performance here establishes him as one of the great on-screen drunkards. There is both comedy and tragedy in Max's descent, with neither side played so heavy as to ring false. He's the kind of guy you want to tip a few with, he's so much fun, but whom you also aren't surprised loses control. Naturally, the way What Price Hollywood? brings the starmaker and his protégé together casts them as the only two authentic people in an inauthentic business.

What really makes What Price Hollywood? sustainable, however, is that it manages to have its cake and eat it, too. Like the best behind-the-scenes exposés, Cukor's film loves and hates its subject. He subverts the emerging tropes even while revelling in them. Mary at one point complains that she has a baby in every movie the studio puts her in, to which the boss replies at least this time her character is married. It's the kind of knowing crack that would be censored once the Hayes Code was put in place, though in What Price Hollywood?, the joke holds true: Mary has a baby after her marriage has dissolved. And she gets her happy ending, too. 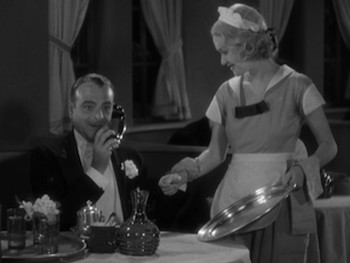 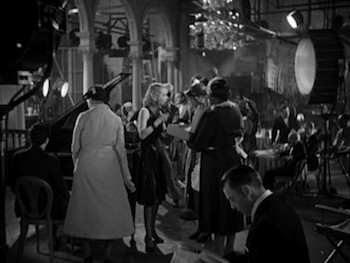 Video:
Warner Archive's manufacture-on-demand disc of What Price Hollywood? shows the black-and-white film in its original 1.37:1 aspect ratio. Picture quality is fine, with a few spots where print damage means there are scratches and spots on the screen. Luckily, these instances aren't persistent. The more prevalent problems are soft resolution and perhaps a little too much brightness, making some of the scenes a little blown out.

Sound:
The English soundtrack is mixed in mono and sounds pretty good, with only the most minor of background noise and the occasional pop in the speakers.

FINAL THOUGHTS:
Highly Recommended. As far back as 1932, the cinematic myths were taking shape, making George Cukor's What Price Hollywood? an essential prototype for all the idol-maker movies to follow. Constance Bennett shines as the waitress-turned-star under the tutelage of a drunken movie director, played by an amazing Lowell Sherman. The story has some exaggerated melodrama and may have been rendered a tad predictable by the passage of time, but its dark themes and the glimpse it gives of the movie industry-0which was in the throes of its rebellious adolescence, with sound still new and censorship not yet active--makes What Price Hollywood? more than essential to any fan of Hollywood lore. It's also just plain entertaining. 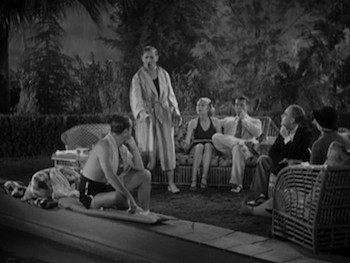 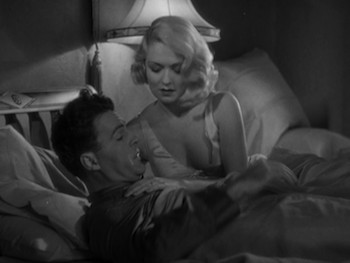