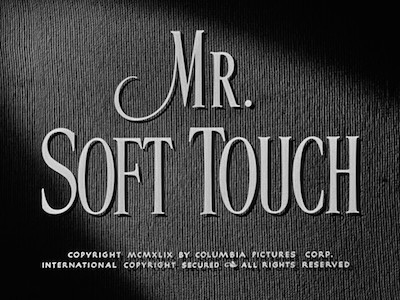 If you're tired of the same old Christmas movies and looking for more alternative choices, then may I recommend you consider the 1949 Glenn Ford vehicle Mr. Soft Touch? It's a heart-warming crime film set on Christmas Eve and spilling over onto Christmas Day, and it's full of the kind of family-centric humor and redemptive themes that make for the best holiday entertainment.

Ford plays Joe Miracle (no ambiguity here), a war veteran with a shady past. Joe has returned to San Francisco after many years spent in hiding to find that his best friend is dead and organized crime has taken possession of their casino. At the start of Mr. Soft Touch, Joe is in a car chase with the police. He just robbed the casino, though the more sympathetic bystanders might otherwise say he took back what is his. Unable to catch a boat out of town for another 36 hours, Joe has to find a place to hide. Opportunity comes when the police mistake Joe for their perp in a domestic violence call, and a well-meaning social worker sticks up for the wife-beater and lands him a bed in the community center.

Okay, okay, I know that sounds bad. But remember, it's 1949, and so the home disturbance is not as traumatic as all that. It also adds to the idea that Joe is not the bad guy who everyone thinks he is, but that he's really getting a raw deal. The social worker, Jenny Jones (Evelyn Keyes, Born to Kill), wants to believe that all men are redeemable, though she keeps catching Joe at the wrong time. For instance, some of the boys at the center try to con him and end up losing the Christmas Tree Fund, and Jenny gets mad at Joe before she realizes he's already put the cash back in the till. The fugitive settles into community life with ease. He hangs Christmas decorations and turns himself into an anonymous benefactor, performing minor miracles, some on the up-and-up, others not so much. He also stokes a flirtation with Jenny, who is naturally confused since she thinks he's already married.

Meanwhile, the crooks that Joe robbed haven't stopped looking for him, and once they find out where Joe is staying, it makes life dangerous for everyone at the home. There are some twists in the final act that I won't reveal, but let's just say putting everything right and saving Christmas is a little harder than Joe expected it to be.

Mr. Soft Touch was directed by Gordon Douglas (Young at Heart) and Henry Levin (The Lonely Man), shooting a script by Orin Jannings (The Gene Krupa Story). The co-directors do a nice job of balancing styles and tones here, melding noirish back alleys with the more family friendly environs of the community center. The balance never tips too far one way or the other. The scenes at the halfway house are lit brightly, allowing for good cheer, and the more dangerous stuff is cast in interesting shadows. That said, the crime is never too scary, nor the feel-good elements too gooey. Only a brief rush of violence might make some squirm, but more from an "oooh, that's gotta hurt" standpoint than having to hide one's eyes from bloodshed. Plus, this is Old Hollywood we're talking about, the bad things mostly happen to people who are deemed to deserve it.

Ford is often a cold fish, but as Joe he is likable and even charming. The actor seems to be having fun messing about with kids and teenagers, and Keyes delivers a buttoned-up performance as the uptight do-gooder that gives the tough guy plenty to play around with. It's pretty easy to root for them to get together, as it is to root for Joe to pull off his caper. This Mr. Soft Touch walks a fine line between anti-hero and genuine good guy, and part of the fun is deciding which side of that line her really belongs on. 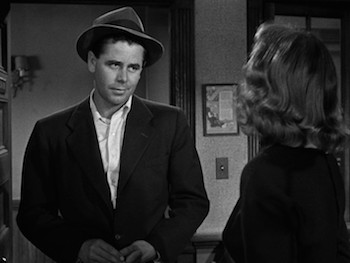 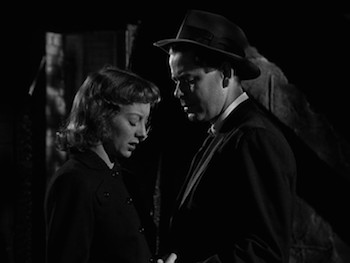 Video/Sound:
Produced via Sony's manufacture-on-demand label, the full-frame, black-and-white transfer of Mr. Soft Touch looks very good. The source print has no egregious blemishes, leaving surface noise at a minimum. Resolution is fairly good, as is the tonal balance. The dark shadows are appropriately dark, and the lighter scenery looks strong by comparison.

The mono soundtrack is nicely done, with dialogue sounding clear and no apparent errors or extraneous noise.

FINAL THOUGHTS:
Recommended. Mr. Soft Touch is a genial blend of feel-good family entertainment and a you-could-feel-worse crime narrative. Glenn Ford stars as a sort-of crook on the run over the holidays. When he hides out at a halfway house and joins the festivities, his better nature starts to emerge. The Christmas scenes and the believable romance between Ford and a morally upright social worker (Evelyn Keyes) play nicely in contrast to the darker bits, making for a satisfying little motion picture. 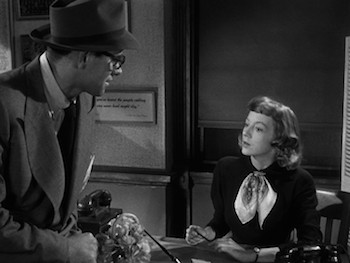 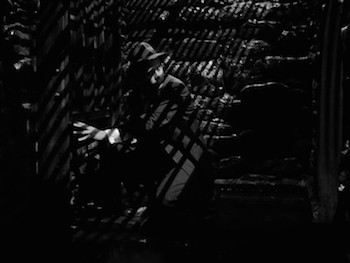