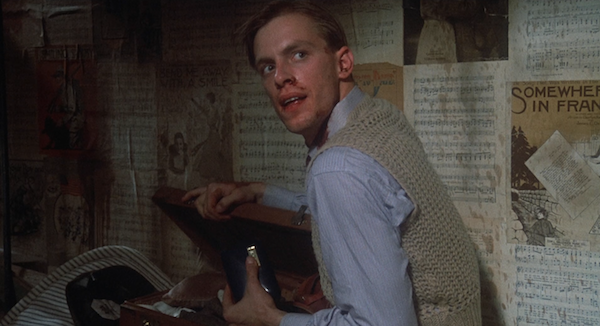 Robert Altman's Thieves Like Us (1974) shares some story elements with the better known couples-on-the-run movies of its era -- Arthur Penn's Bonnie & Clyde and Terrence Malick's Badlands -- but considering the auteurs at the helms of each of these films, any resemblance between them is pretty superficial. From Thieves Like Us's first hazy, zooming long shot of three men escaping from prison in the fog, we know we are seeing the world through Altman's eyes. The men turn out to be a trio of bank robbers: old-timer T.W. "T-Dub" Masefield (Bert Remsen), hard drinker "Chicamaw" Mobley (John Schuck), and new blood "Bowie" Bowers (Keith Carradine). Twenty-three-year-old Bowie is the film's fresh-faced anti-hero, but unlike Clyde Barrow or Kit Carruthers, he's not a thrill-killer. He may have spent seven years in prison for shooting a man, but he's just a young kid who has done and will do what he must to survive.

Thieves Like Us is adapted from Edward Anderson's 1937 novel of the same name; the story previously served as the basis for Nicholas Ray's quite good first film, They Live by Night, which updated the setting and steered the material in a more melodramatic and romantic direction. Altman keeps the book's Great Depression-era timeframe and unsurprisingly goes with a more naturalistic approach that is heavy on period detail and location atmosphere (the film was shot entirely in Mississippi). In a typical bit of Altmanesque experimentation, the film lacks a proper musical score and instead features vintage radio broadcasts of music, drama, and news as a near-constant "score" commenting on the events we are seeing.

The first half of the film largely deals with Chickamaw, T-Dub, and Bowie getting back into the swing of things with a string of new bank robberies, but Altman never takes us into any of the banks to see the fellows in action. He is far more interested in watching how these men behave during their downtime than in choreographing tense action setpieces.

Eventually, the film settles into a love story between Bowie and Chicamaw's second cousin Keechie (Shelley Duvall), a shy gal whose pa (Tom Skerritt, looking oddly similar to Warren Oates in Badlands) runs a filling station that occasionally acts as hideout for the fugitive lawbreakers. Carradine and Duvall have excellent chemistry as the young lovers. They portray Bowie and Keechie's inexperience and naïveté sweetly, without making either of them seem dumb or corny.

Across the board, the performances are the main attraction here. Schuck and Remsen do a seamless job of playing the all-too-human Chicamaw and T-Dub as alternately good-natured chums and dark-hearted criminals, without turning them into flat-out heavies like Howard Da Silva and Jay C. Flippen in They Live by Night (whose performances, don't get me wrong, work perfectly with that particular film). One Flew Over The Cuckoo's Nest's Louise Fletcher has a small but potent role as T-Dub's sister-in-law whose cold pragmatism eventually spells tragedy.

Thieves Like Us may lack the overt poetry or explicit violence of its better known cinematic peers mentioned above, but nonetheless it packs a surprising emotional wallop. When the credits started to roll, I was forced to sit quietly for a moment in awe of how this simple little movie snuck up on me and just tore my heart out for these doomed characters. If you haven't seen this film yet, you don't know what you're missing. 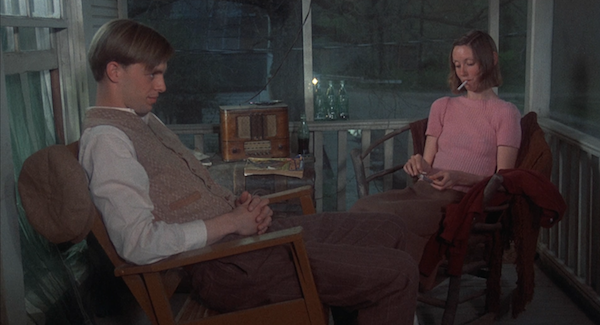 The Video:
Apart from some dirt and white speckles that crop up now and again, the AVC-encoded 1080p 1.85:1 transfer is quite strong, translating cinematographer Jean Boffety's diffuse, vintage-postcard style with better-than-average clarity, pleasing and realistic color reproduction, and no significant digital compression issues.

The Audio:
Apart from some obvious distortion in an early scene of shouting (which I vaguely remember being on the DVD, making me wonder if Altman just preferred to stick with the original audio instead of ADR-ing this moment), the DTS-HD MA 2.0 audio is typically crisp and clear. The two-hander scenes with Carradine and Duvall sound particularly nice, while the group scenes are an inevitable Altman goulash of overlapping dialogue, radio broadcast, and other attendant effects, all effectively mixed. Subtitles-wise, the disc offers English SDH .

- This is the same commentary that originated on this film's 1998 laserdisc release and was included on the 2007 DVD release. There are long stretches of silence, and Altman seems to be prodded to speak now and again by an unheard interviewer, but the anecdotes he shares about the origins and the shooting of the film are worthwhile if you're not in a big hurry to get somewhere.

Final Thoughts:
Keith Carradine and Shelley Duvall are just wonderful as a star-crossed couple on the run in this low-key but unusually powerful little sleeper. Director Robert Altman was on a definite hot streak (artistically, if not at the box office) when this gem came out. If you love the film, this is a solid, low-frills release worth picking up. And if you haven't seen it yet… treat yourself. Highly Recommended. 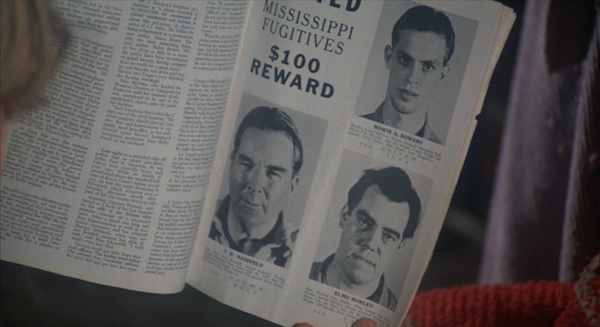