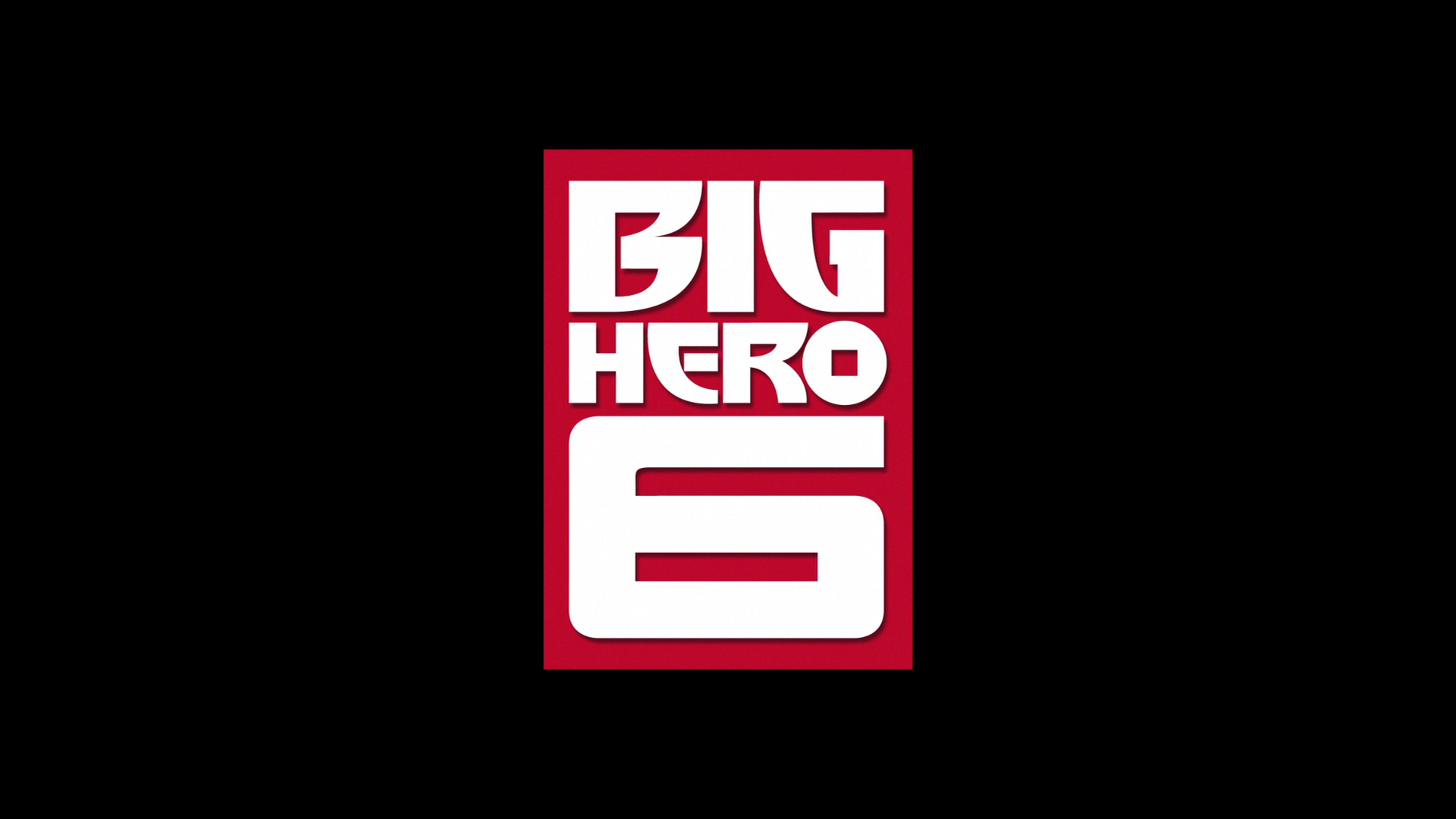 The shiny, neon-colored vistas of San Fransokyo give Big Hero 6 an immediate visual appeal that is quickly matched by a strong story and exciting action. This Disney Animation Studios production is gorgeously realized, and each character and location is treated to sparkling, lifelike detail. The hero of this story is Hiro Hamada, a 14-year-old wunderkind who fights his own robotic creations in underground, cash-stakes matches. The real star is Baymax, a giant, marshmallow-like health care robot that waddles around treating physical and emotional injuries. Hiro and Baymax team up to counter the Kabuki-masked villain terrorizing the city, and Hiro uses the robot's strict programming directives to protect himself in battle. This John Lasseter-produced film pulls from Pixar's toy box but represents the impressively evolving talents at the Mouse House's once dwindling traditional animation department. Big Hero 6, which draws from a Marvel comic book, is thrilling, technically impressive and heartfelt without ever pandering, a rare feat in a marketplace clogged with forgettable animated productions.

The film floats the very rewarding idea that knowledge, wonderment and personal growth are things to be admired, not avoided. Hiro (Ryan Potter) admires his similarly driven brother, Tadashi (Daniel Henney), who serves as both a mentor and father figure. Both young men live with their Aunt Cass (Maya Rudolph), and Tadashi created Baymax at the San Fransokyo Institute of Technology. After a late night visit to the tech lab, where Hiro meets students Fred (T.J. Miller), Wasabi (Damon Wayans Jr.), Honey Lemon (Genesis Rodriguez) and GoGo (Jamie Chung), he decides he has to learn from Professor Robert Callaghan (James Cromwell), a robotics genius. But tragedy strikes, and a masked menace steals Hiro's robotics and begins using them to terrorize the bayside city. 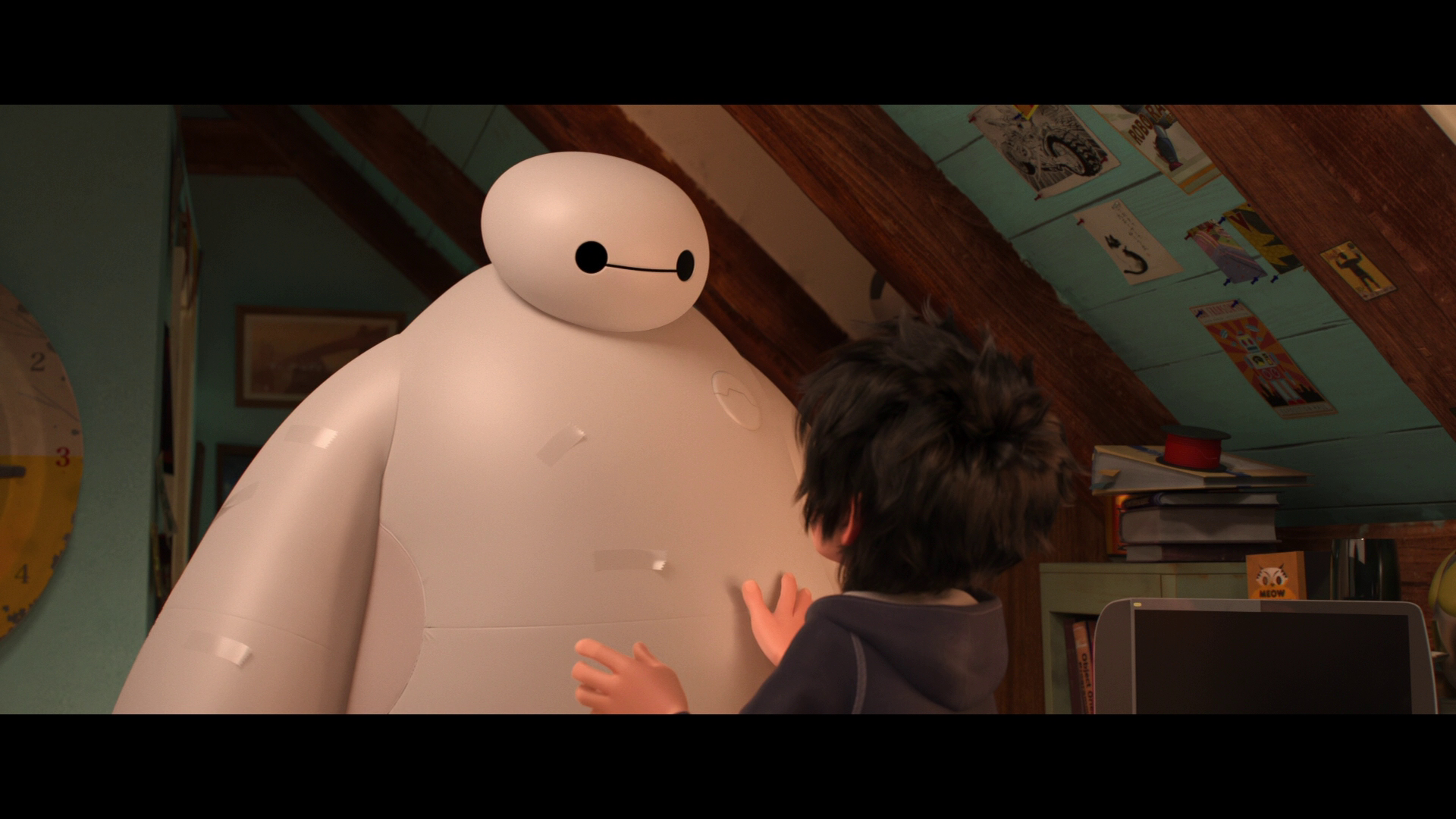 Big Hero 6 is almost two films: The first is a coming-of-age story for Hiro and Tadashi; the second is a superhero action thriller. These elements mesh surprisingly well, as does the fusion of Asian and American cultures, highlighted in the fictional setting. The film plays off Japanese belief that robotics can display human emotion, and Baymax transcends his coding to become a fully developed character. His barbell-like expression is surprisingly emotive, and he embodies the soul of his creator. Baymax's initial interactions with Hiro are hilarious. He consistently asks Hiro if completing a task will improve the boy's emotional well-being. This leads to Baymax fighting the masked villain to bolster Hiro's happiness. Tadashi's classmates comprise a diverse crime-fighting team, and their playful back-and-forth antics recall The Avengers.

Directors Don Hall (Winnie the Pooh) and Chris Williams (Bolt) deftly assemble this forward-moving machine, and the character interactions resonate without dipping into cloying sentimentality. The animation is absolutely beautiful, and the city's cultural mash-up is realized in neon hues and sparkling detail. Hiro is an enjoyable lead - smart, self-aware and modest - and Baymax is sure to be a favorite with kids and parents. Big Hero 6 is universally appealing, though it might be too intense for the youngest viewers. The best classic Disney films told relatable stories, dispensed subtle virtues and maintained strong emotional cores. Big Hero 6 does all of these things while remaining terrific entertainment. 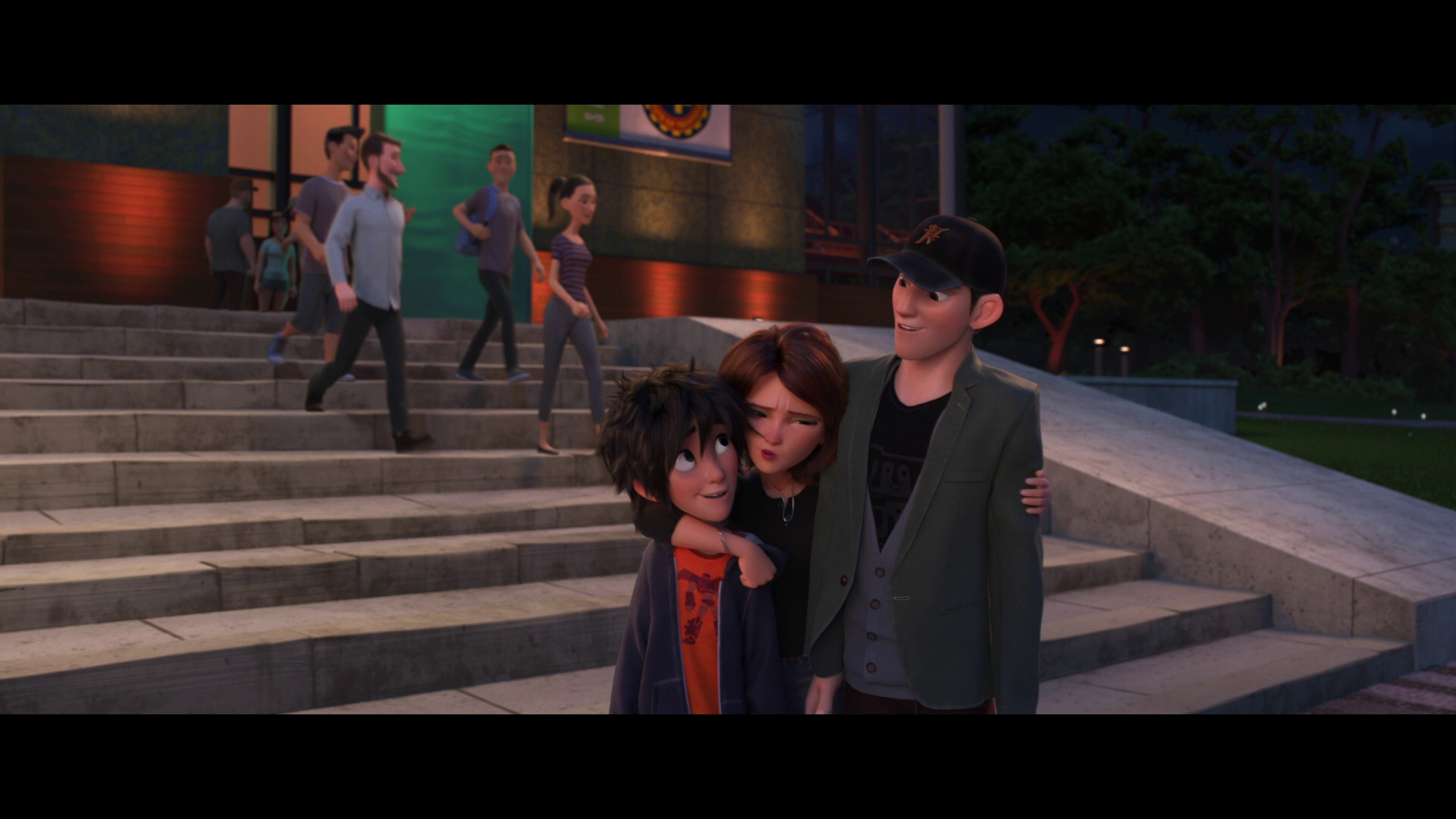 This 2.39:1/1080p/AVC-encoded transfer is breathtaking and totally without flaw. Razor-sharp and packed with detail, the image is immersive and consistently impressive. Disney does not offer a 3D presentation here, but detail still explodes from the screen. Backgrounds are deep and fully realized, and close-ups reveal life-like and intimate detail. The bold, bright colors are perfectly saturated and black levels are inky. There is not a hint of banding, motion blur or compression artifacts, and contrast is perfect. This is colorful HD perfection.

The 7.1 DTS-HD Master Audio mix is also totally immersive, with excellent sound design and element separation. There are plenty of sound pans, ample directional dialogue and consistent ambient noise. The score is deep and nicely integrated, and action effects call on the LFE for some bass support. Falling buildings rumble across the sound field, Baymax zooms through the front speakers and a car chase roars through the room. French and Spanish 5.1 Dolby Digital mixes are also included, as are English, English SDH, French and Spanish subtitles.

This two-disc set includes the Blu-ray, a DVD copy of the film and a Disney Movie Rewards code that unlocks special offers and a digital copy through the new Disney Movies Anywhere service, which integrates with iTunes and UltraViolet providers. The discs are packed into an Elite case, which is wrapped in a glossy, embossed slipcover. Disney fans may be slightly bummed that this "Collector's Edition" lacks a 3D Blu-ray and only contains a few bonus features (much like the Blu-ray for Frozen), but you do get a couple of nice additions: 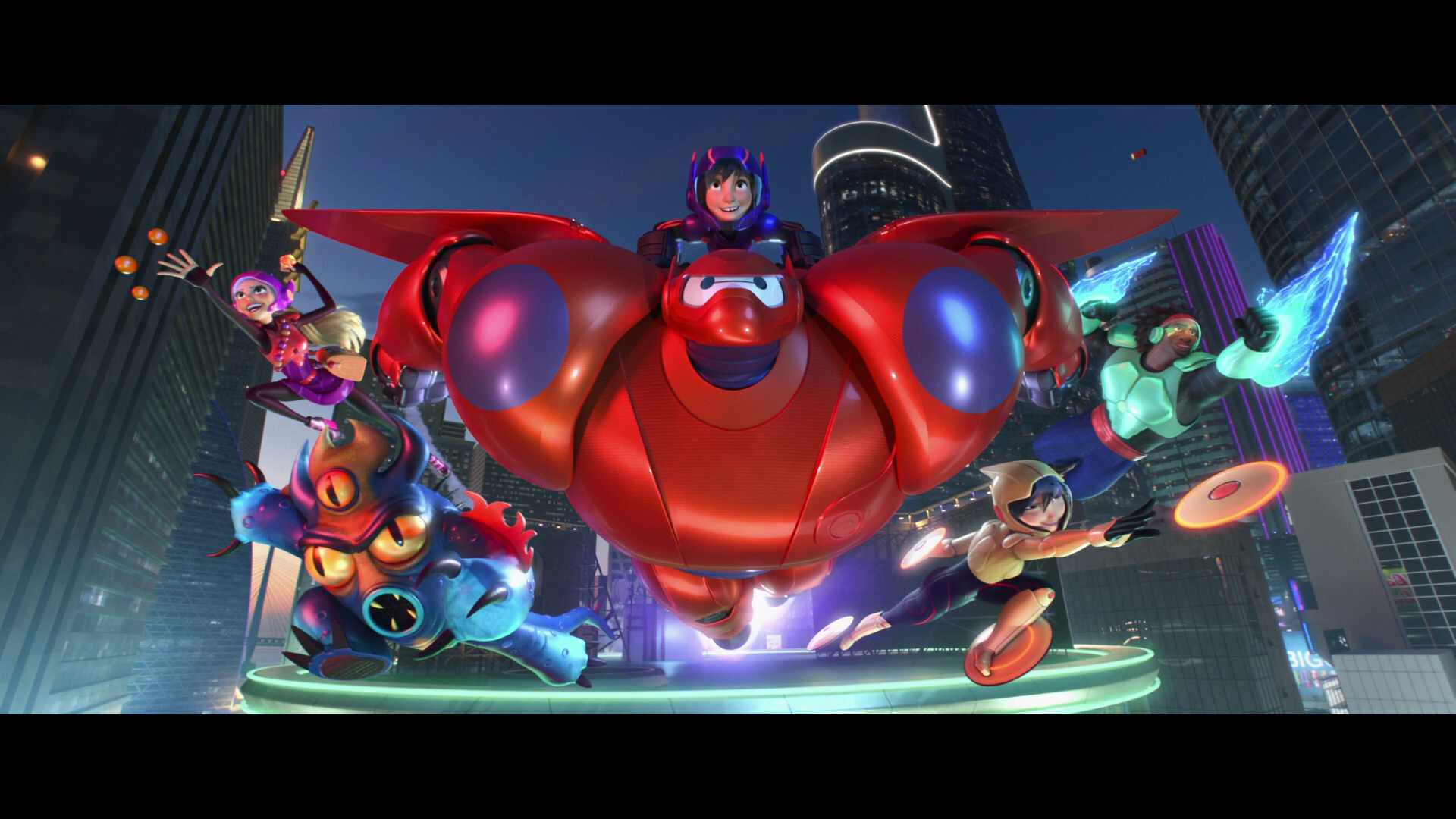 Disney Animation Studios creates another winning film in Big Hero 6, a thrilling superhero adventure with plenty of genuine emotion and humor. Set in Japanese/American fusion city San Fransokyo, the film follows wunderkind Hiro and balloon-like robot Baymax as they fight a masked villain terrorizing the bay area with menacing robots. The animation is beautiful, the action is exciting and the film never panders. Highly Recommended. 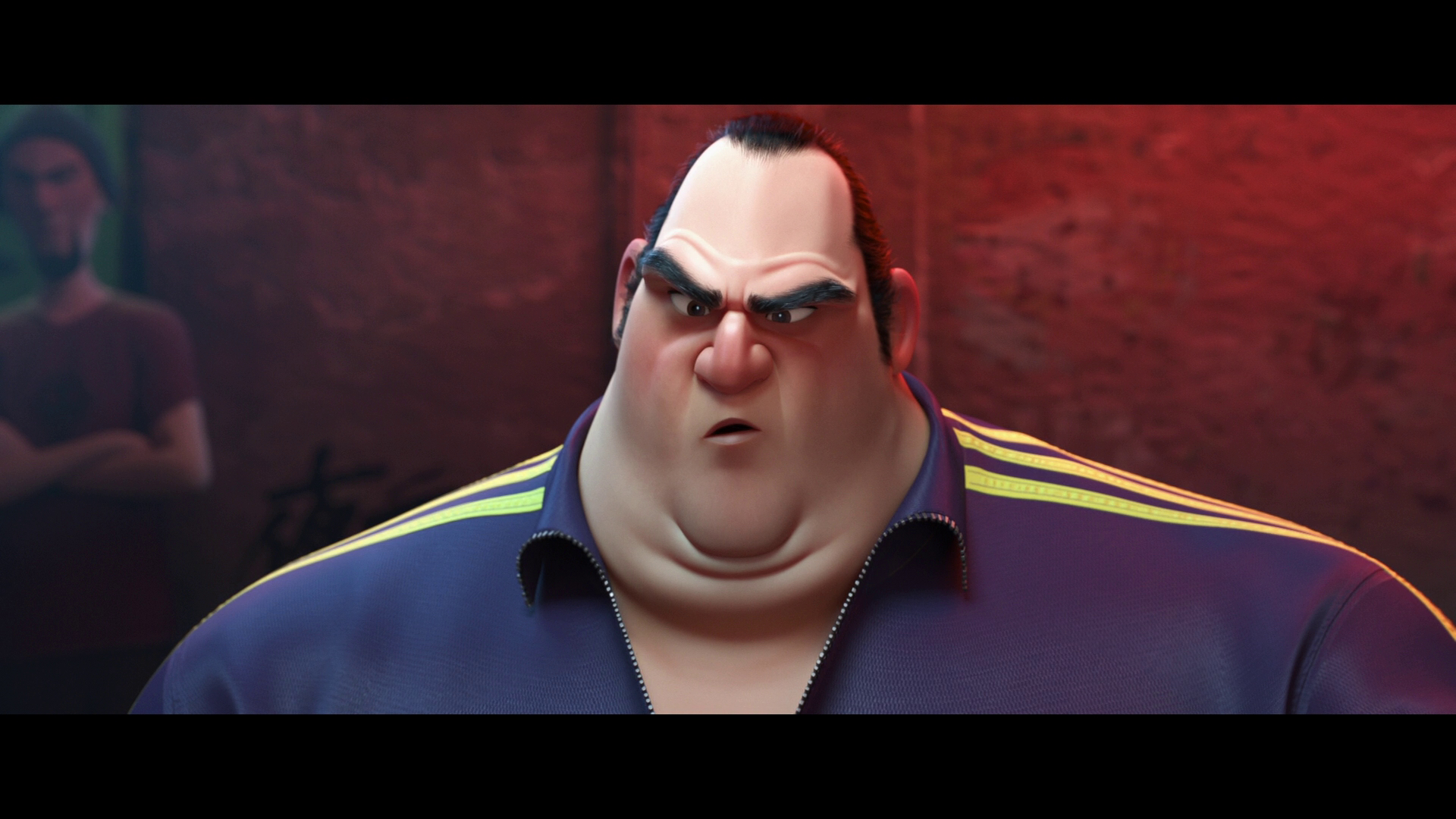 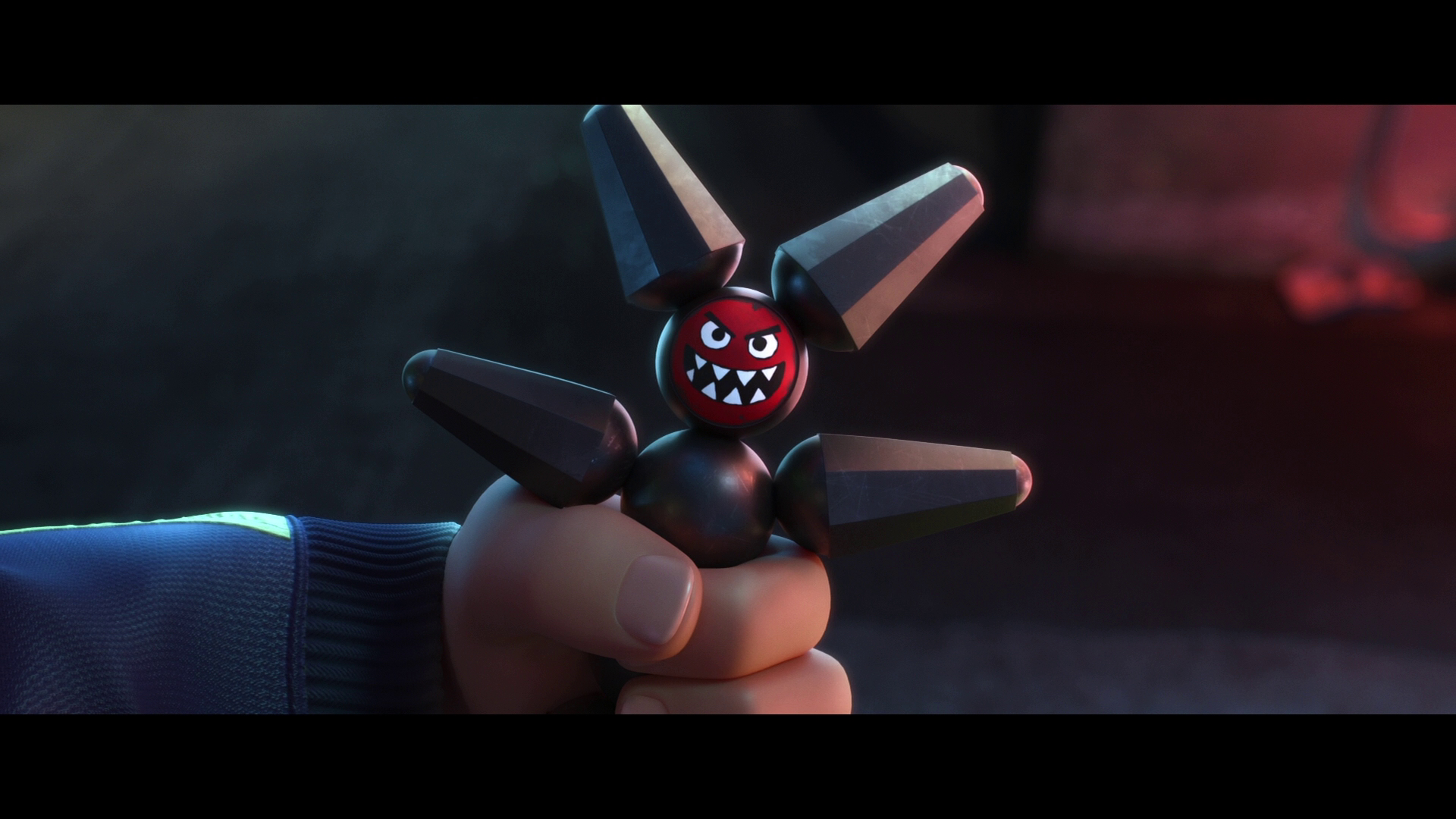 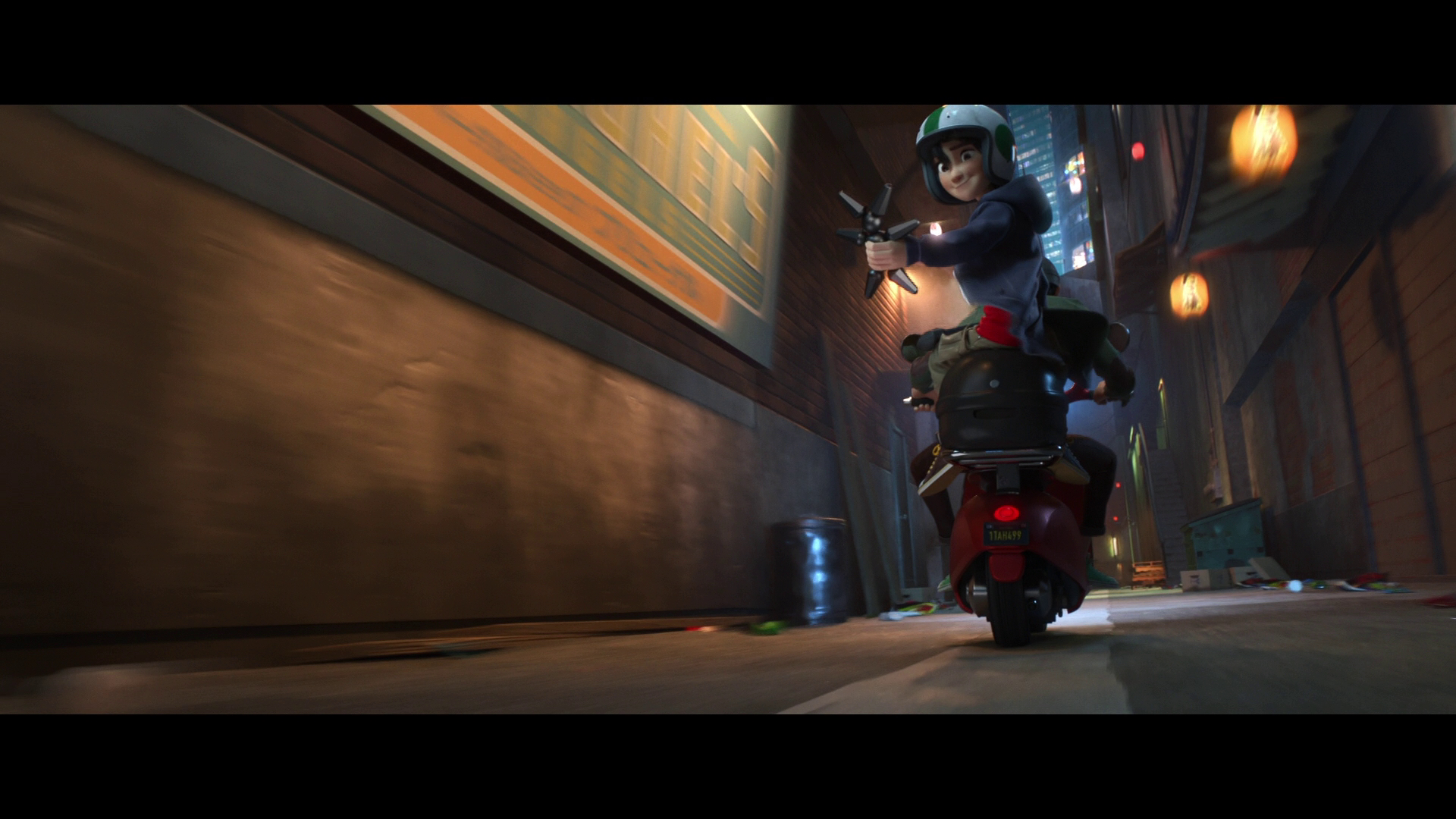 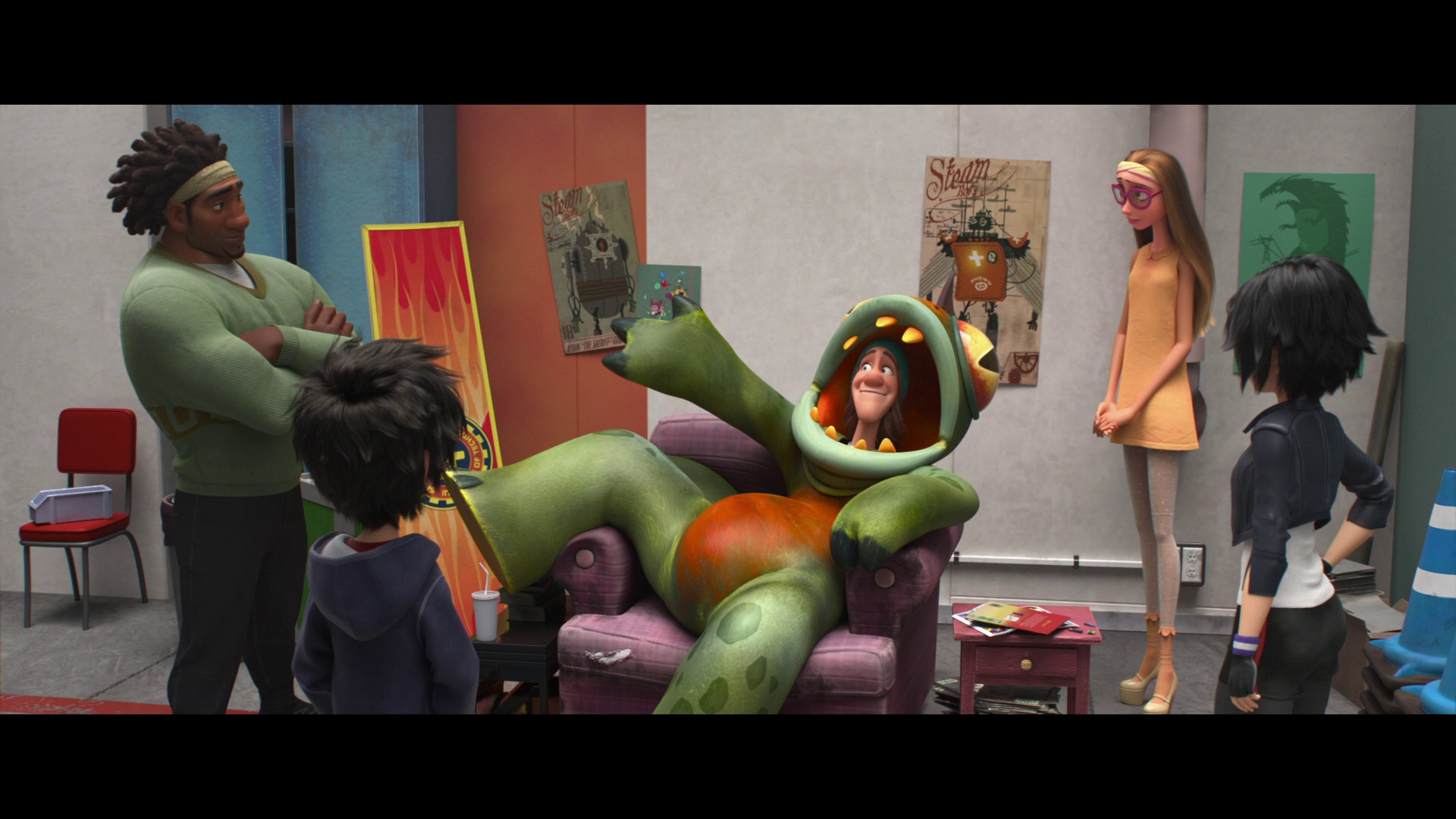 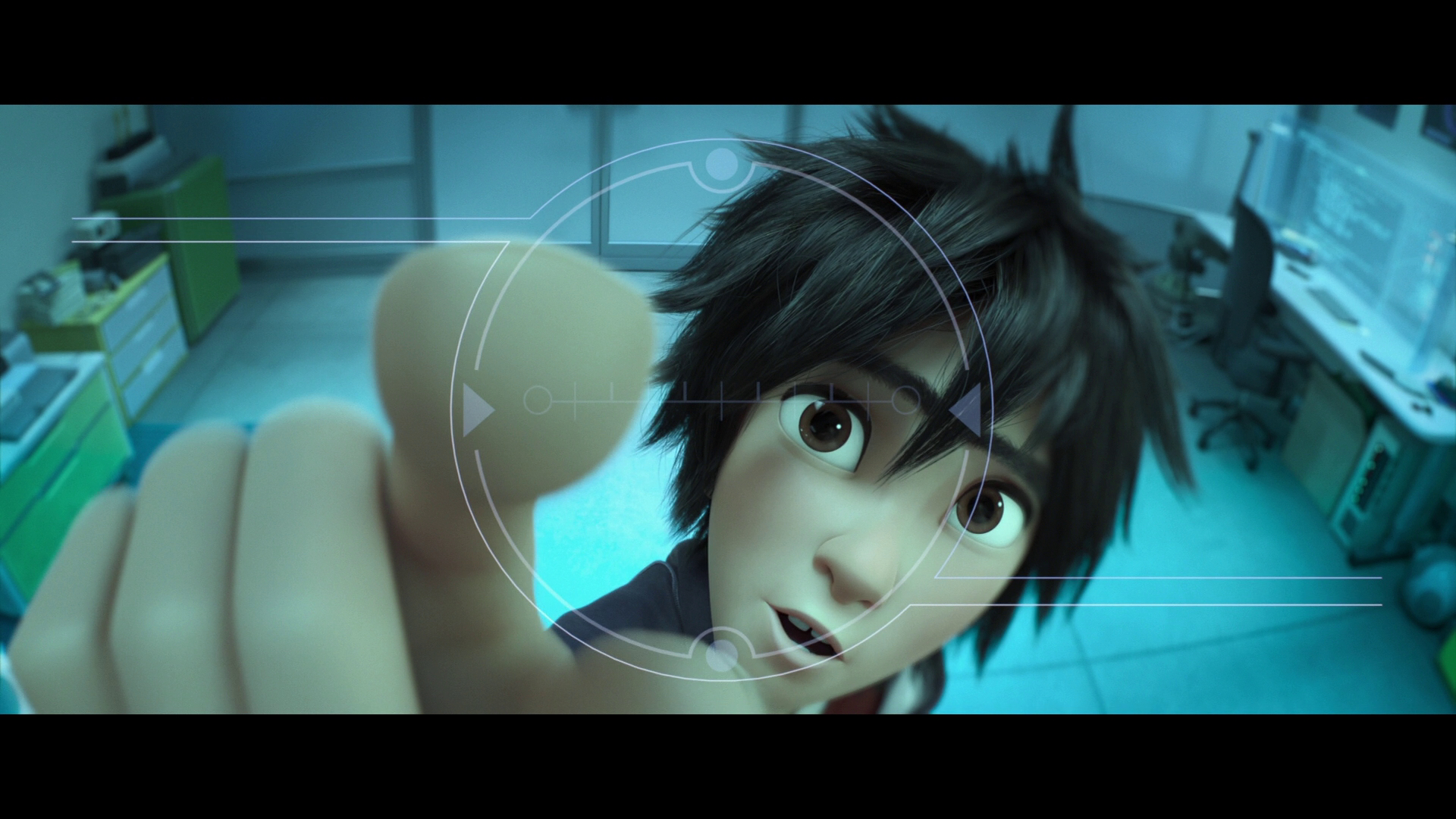 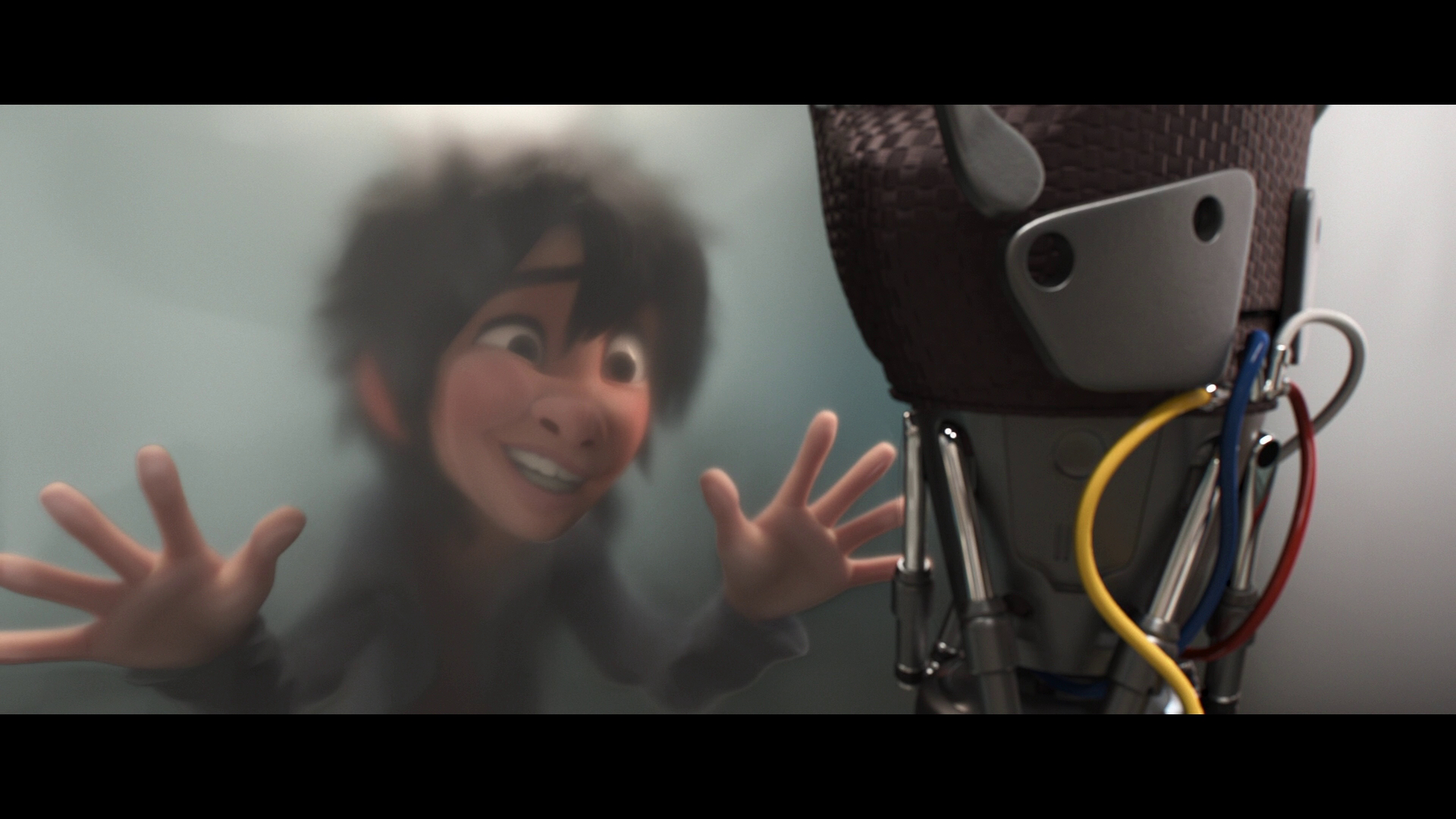 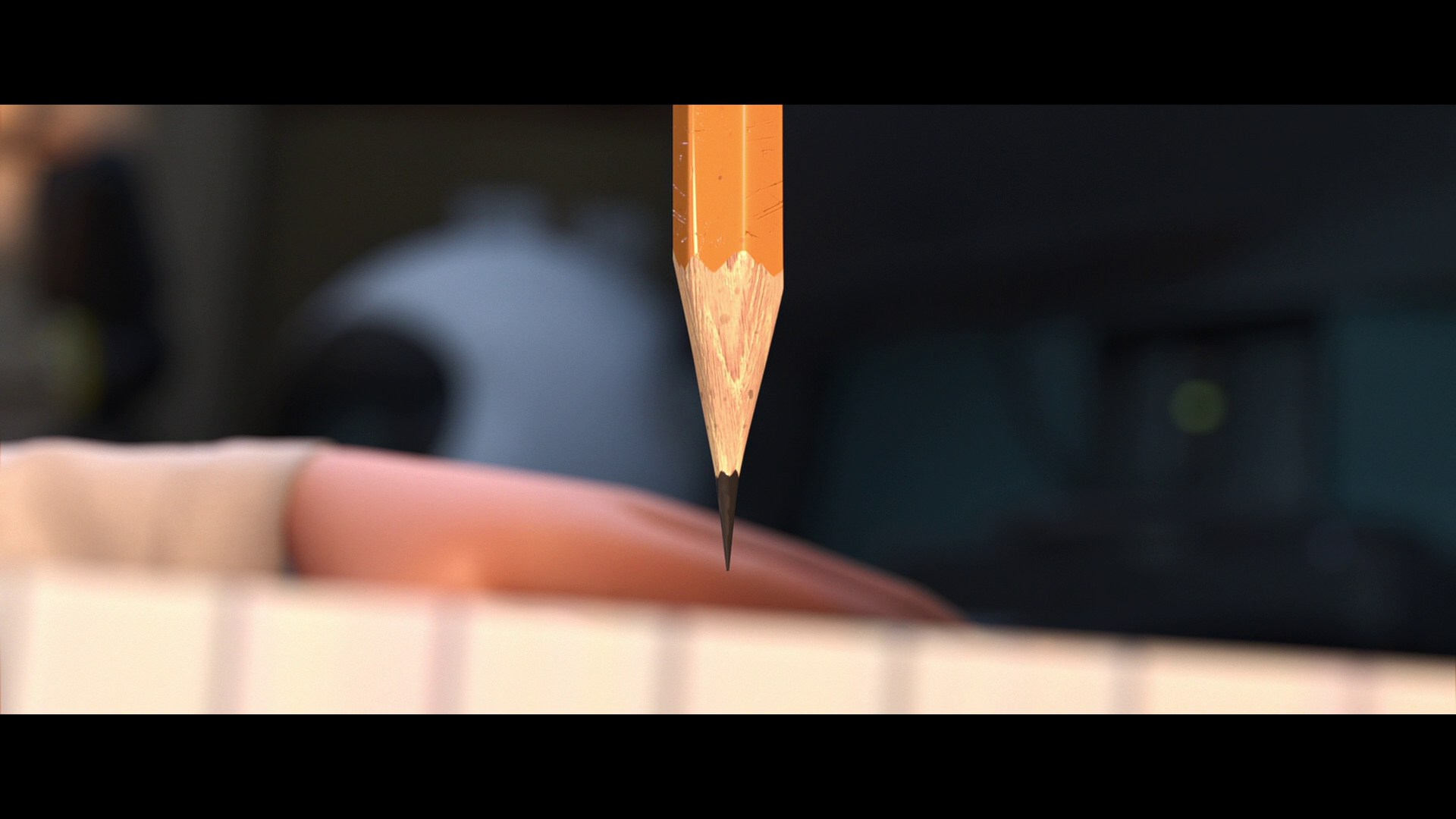 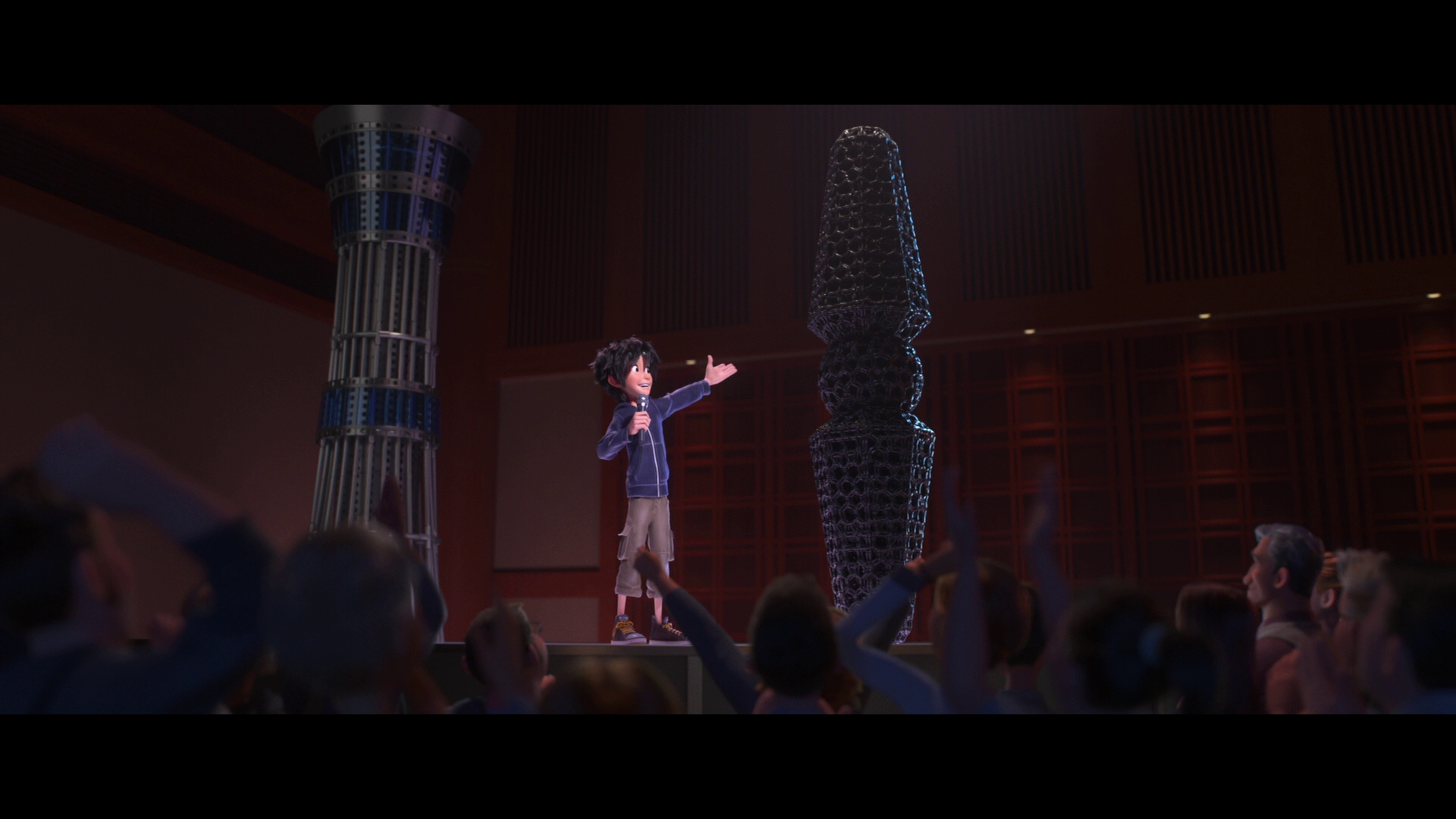 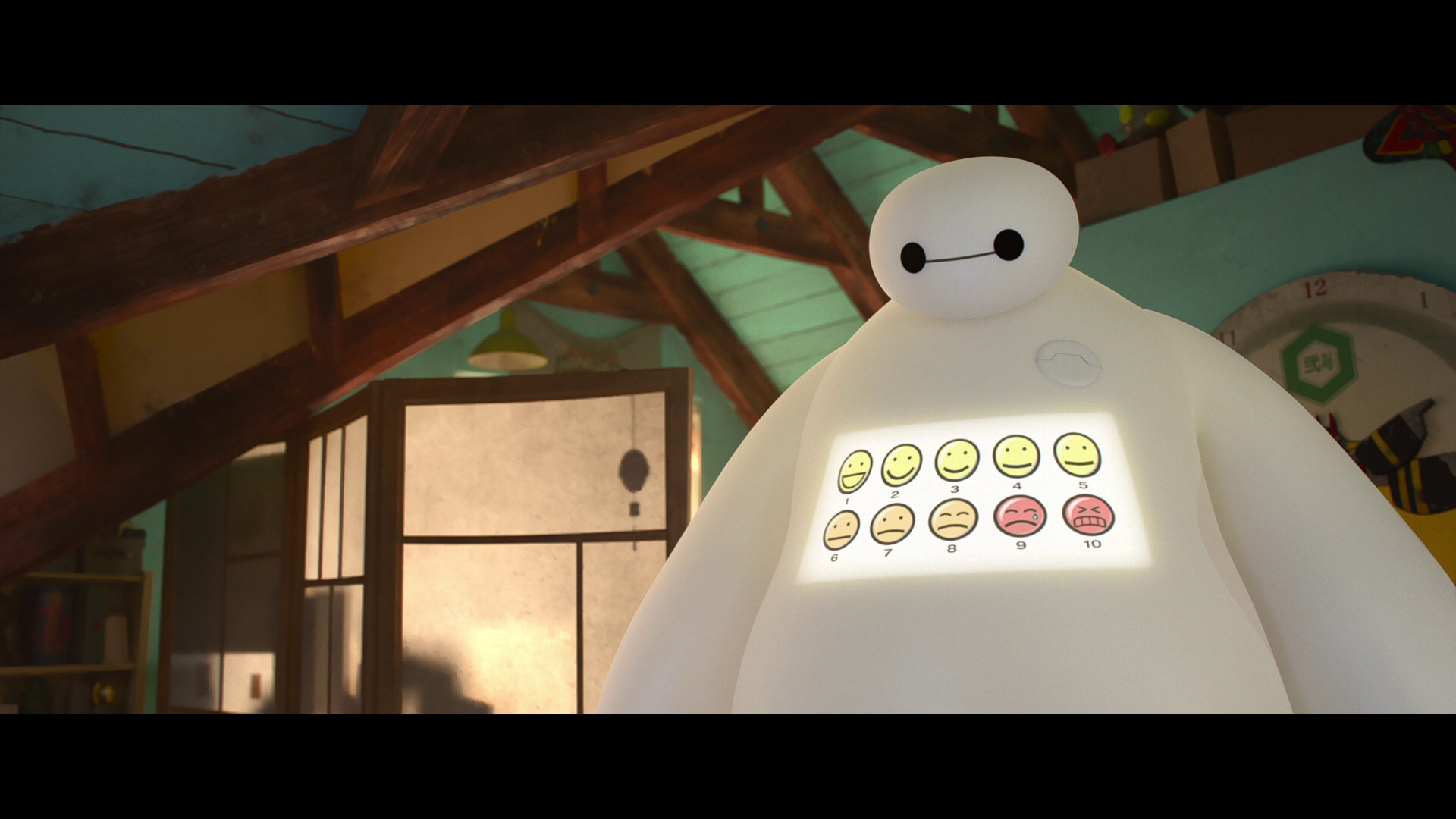 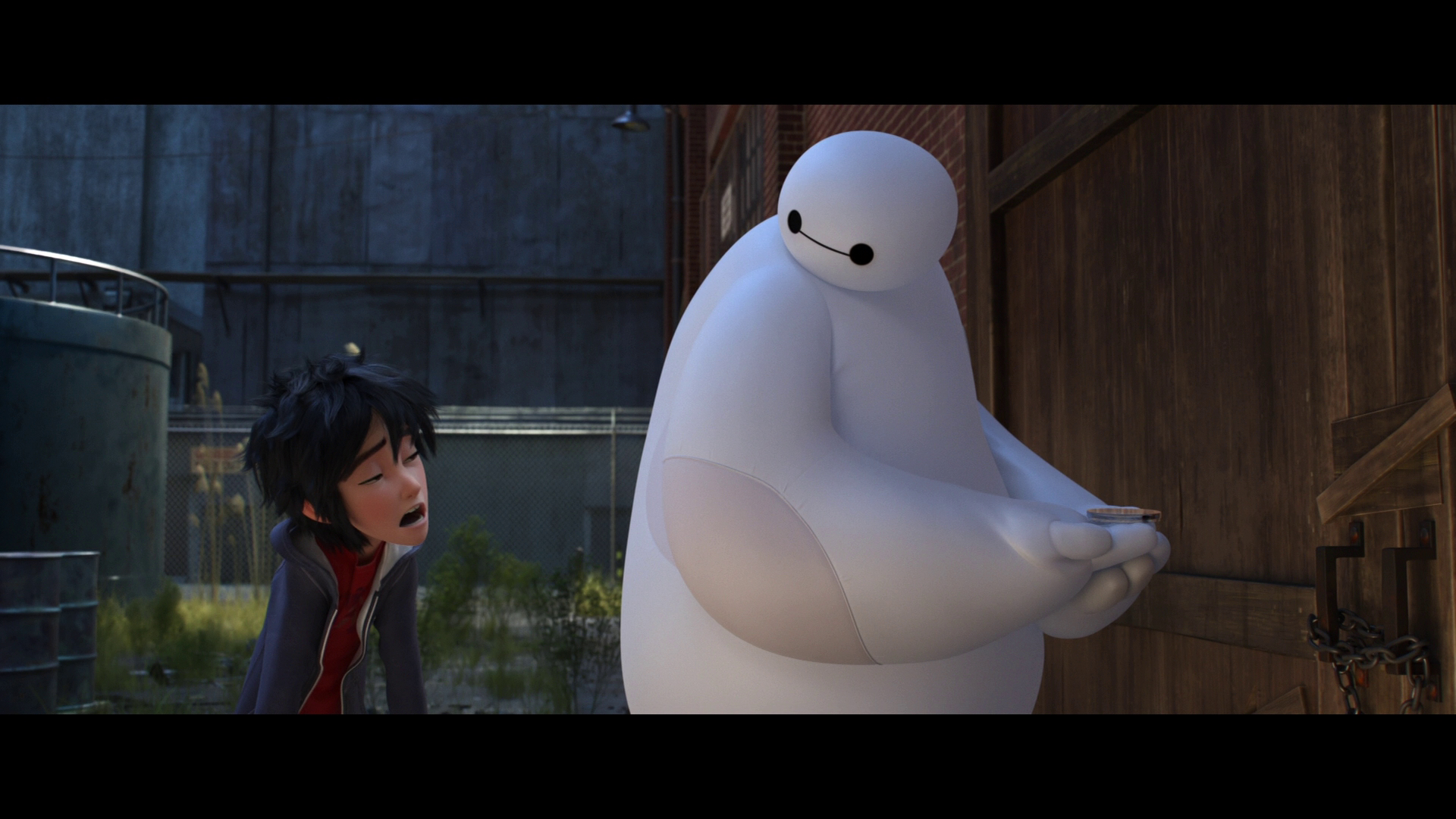 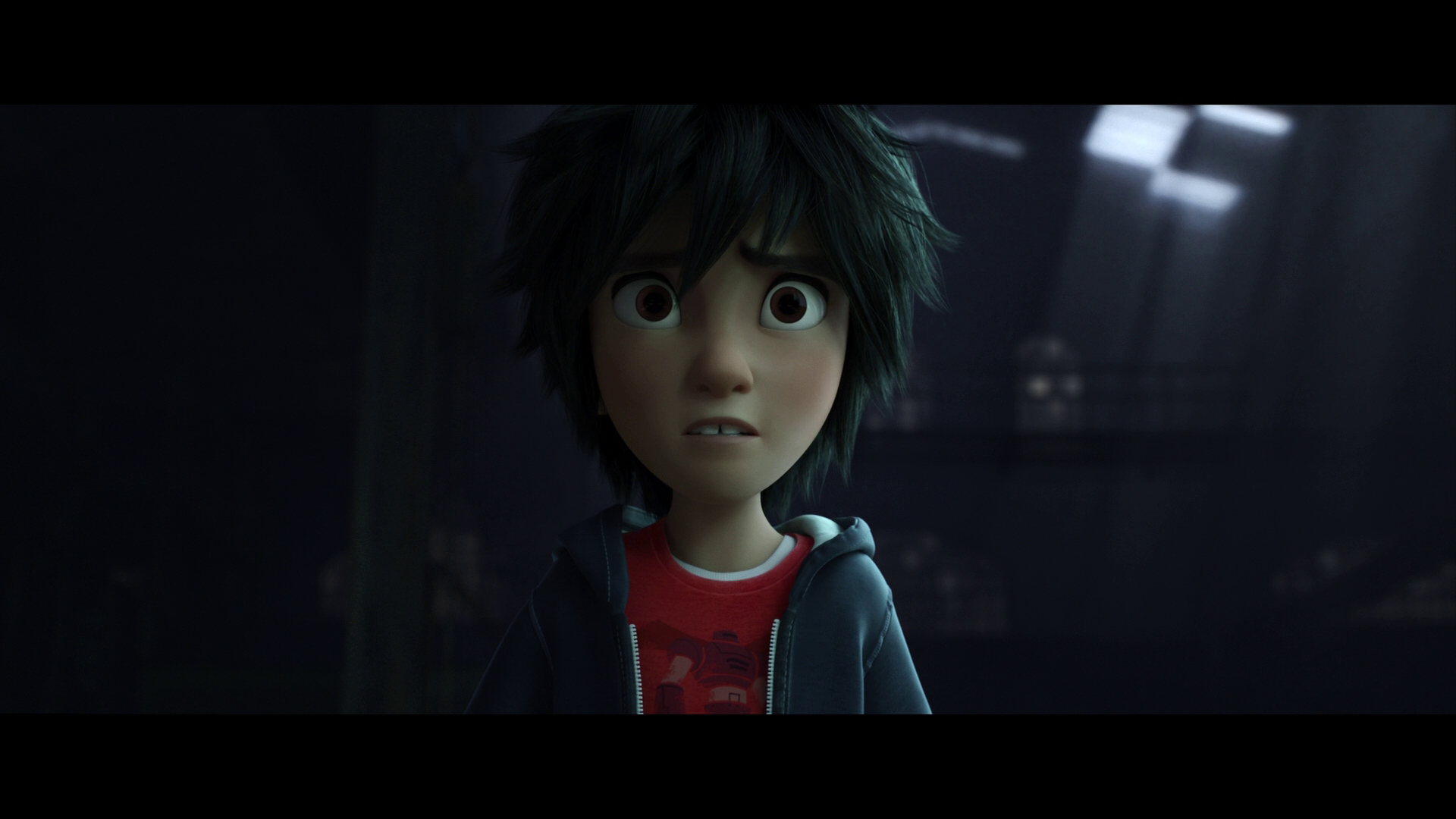 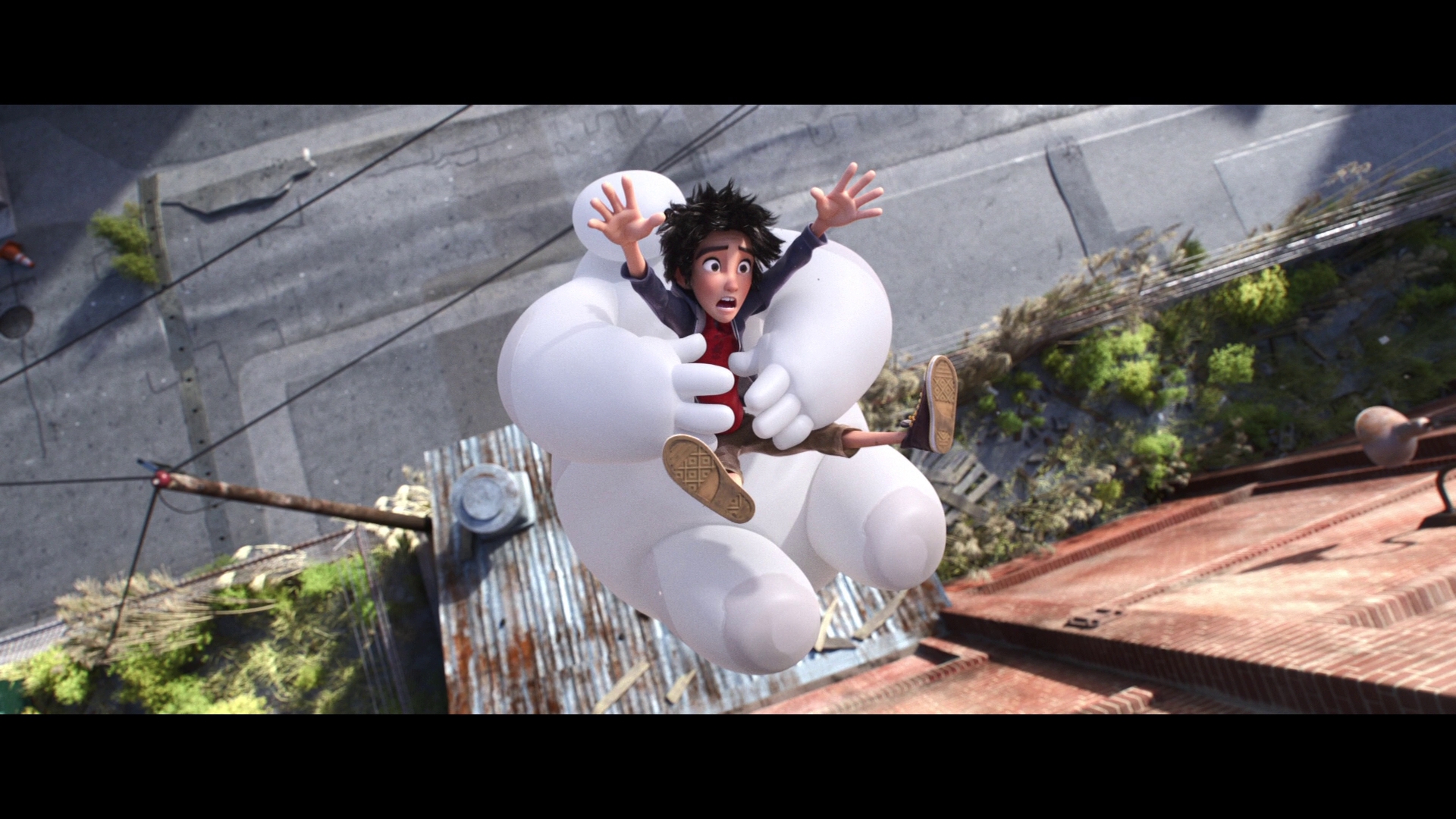 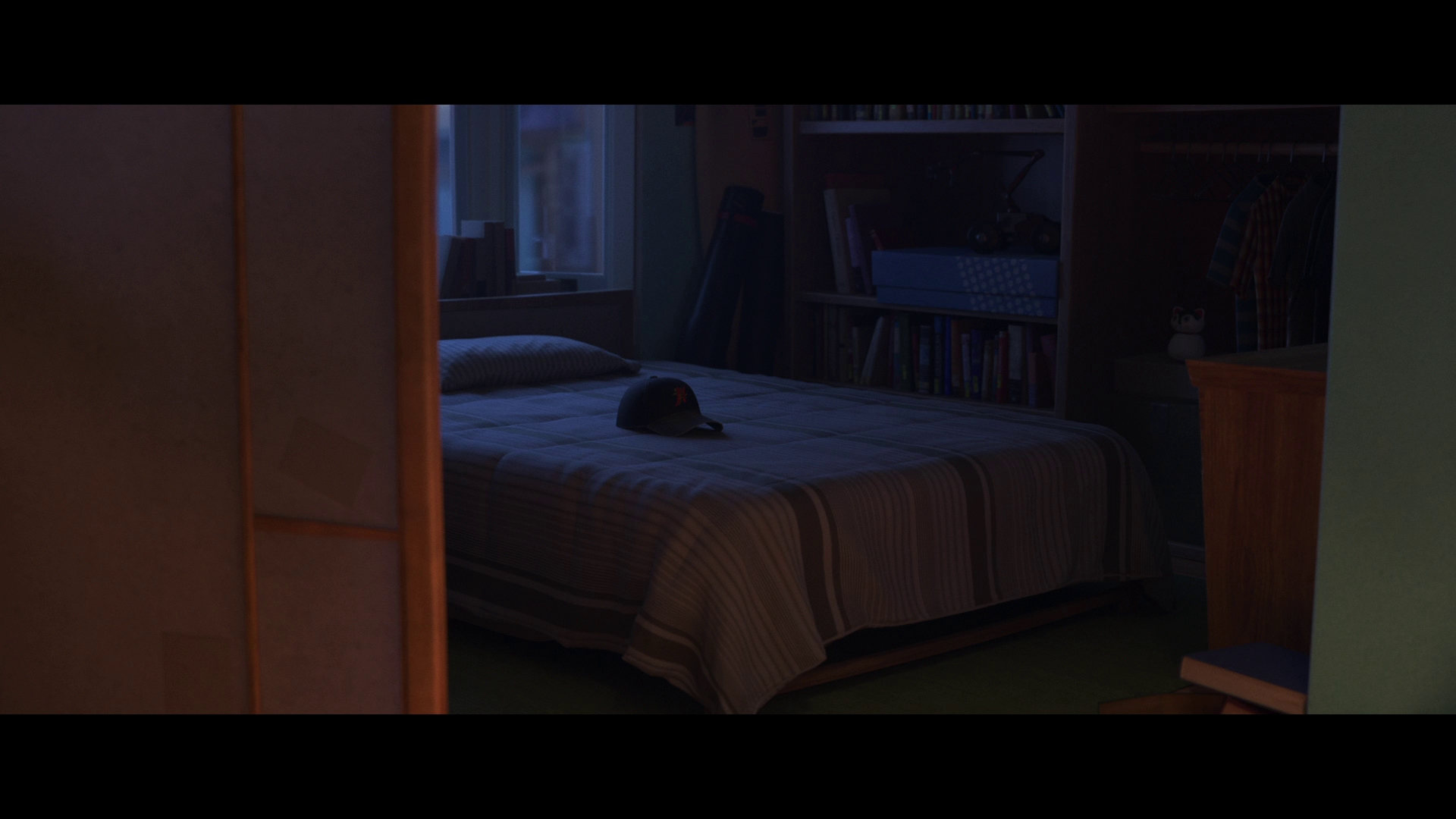 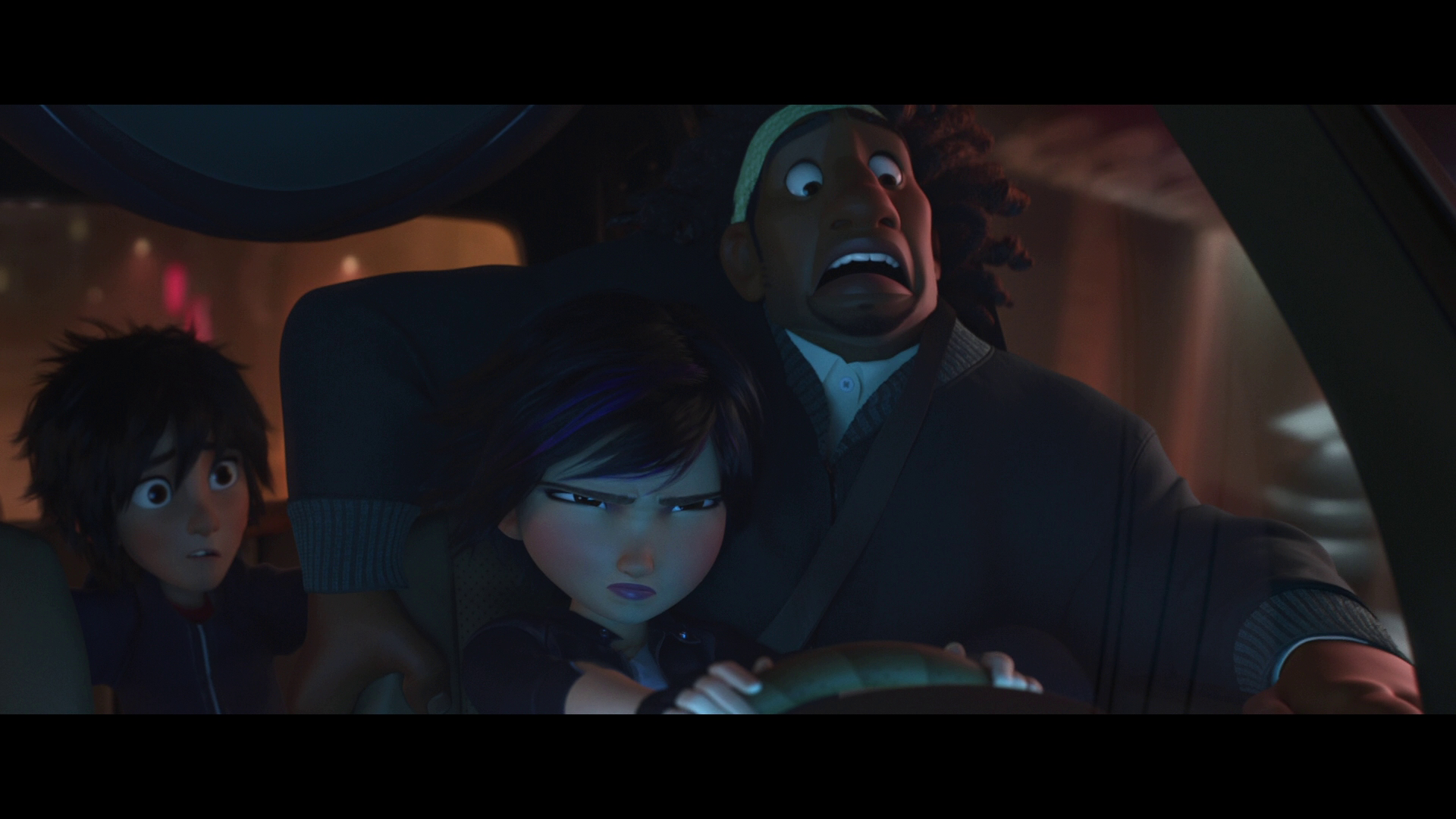 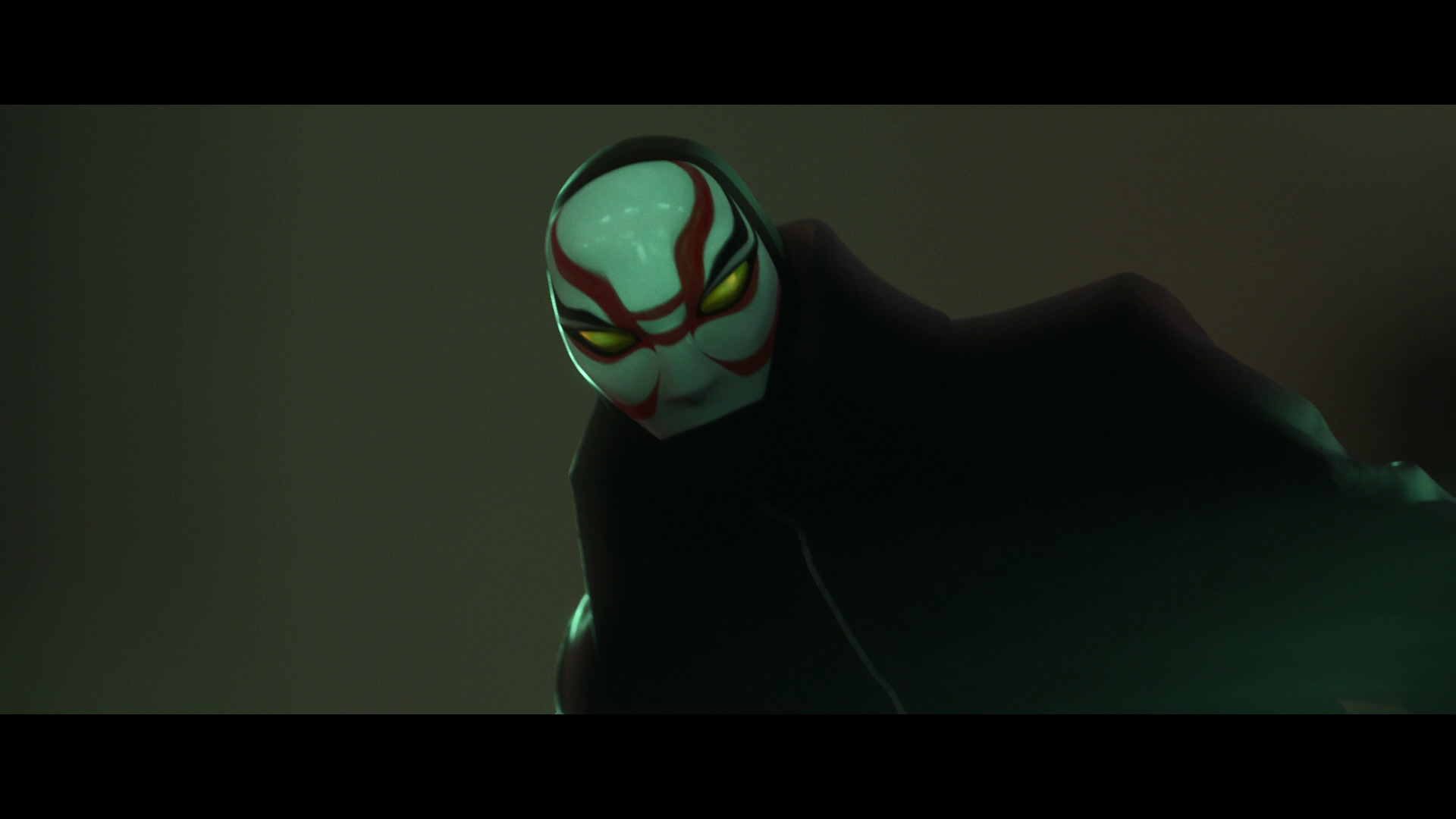 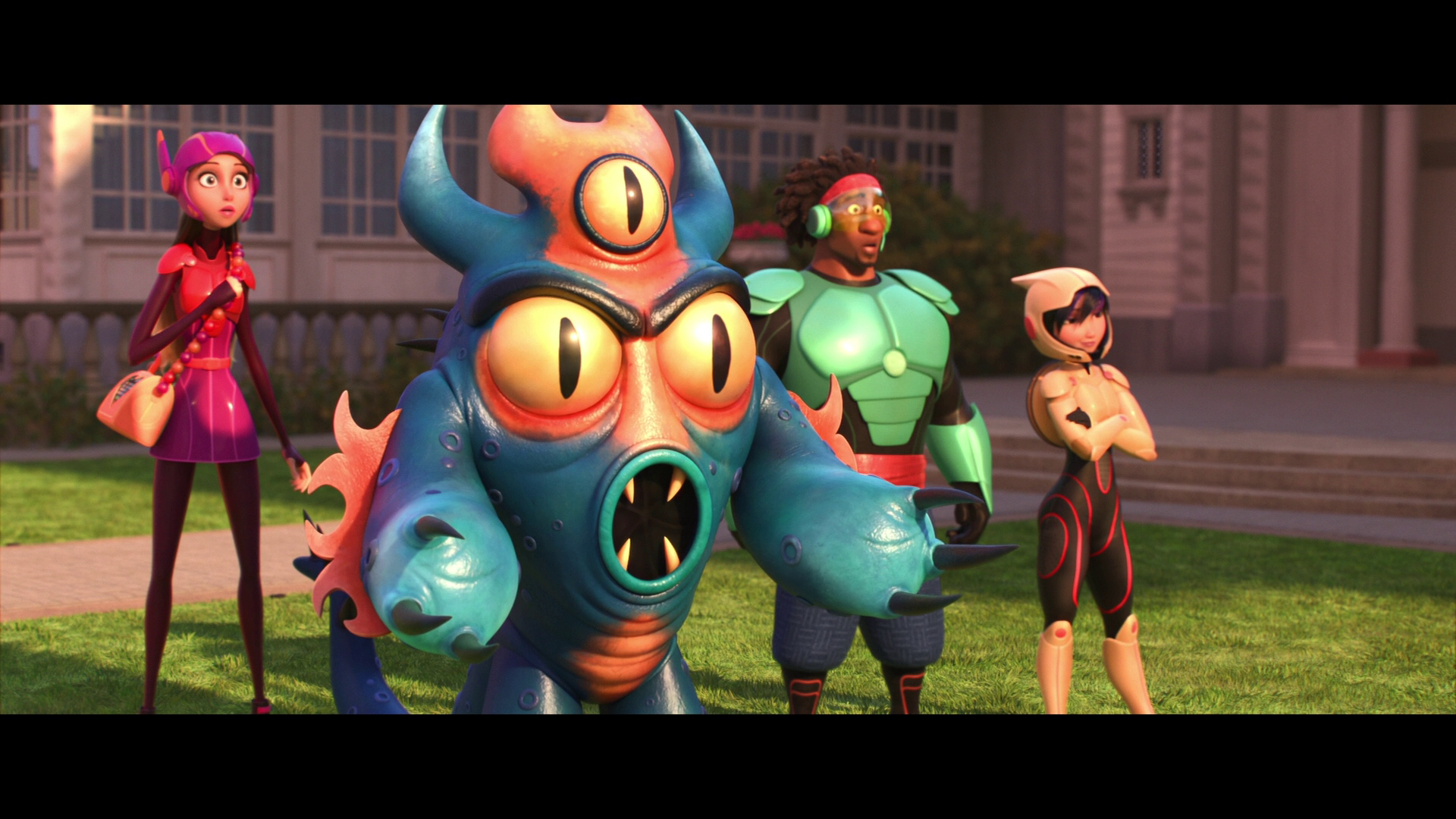 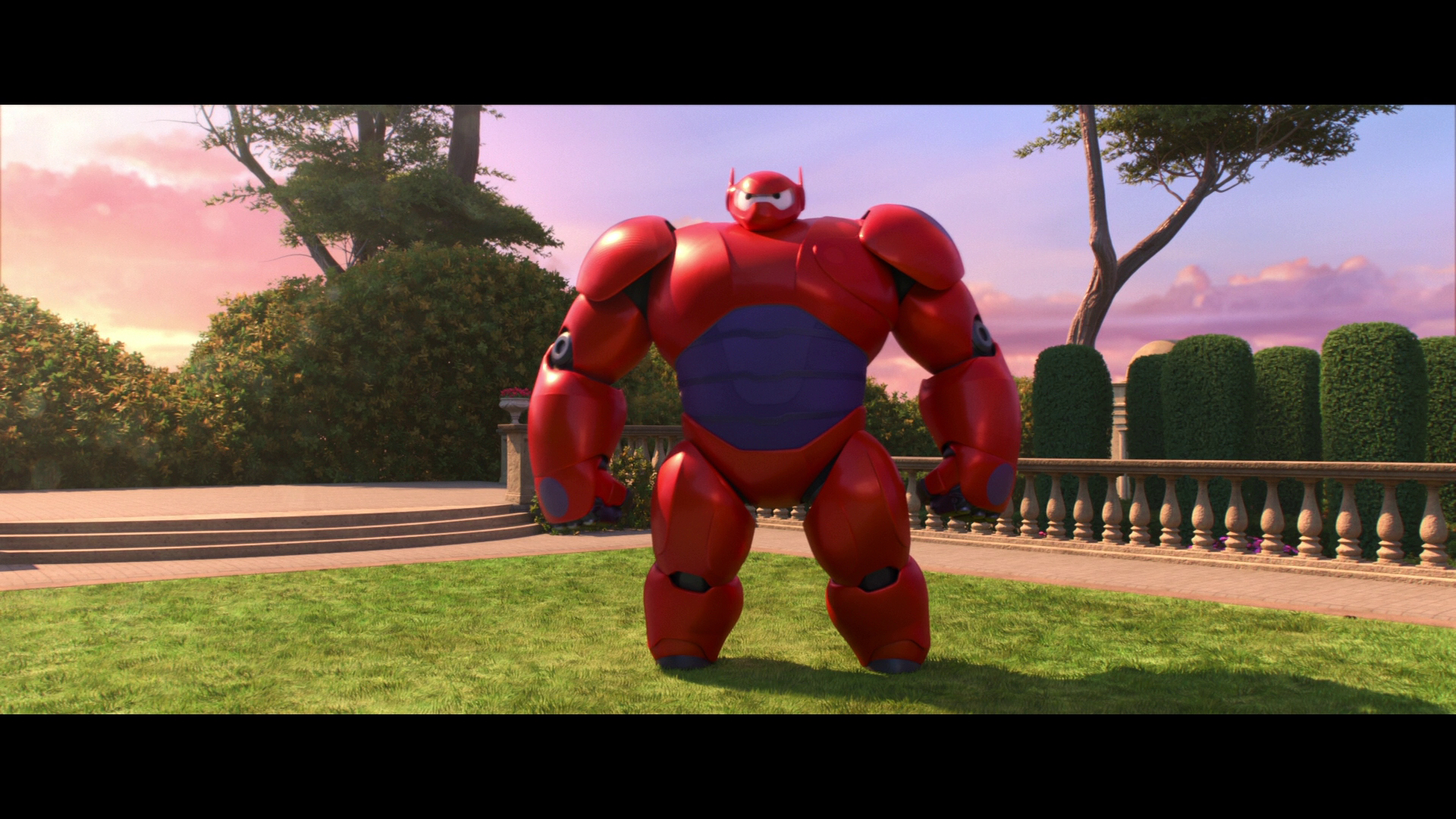 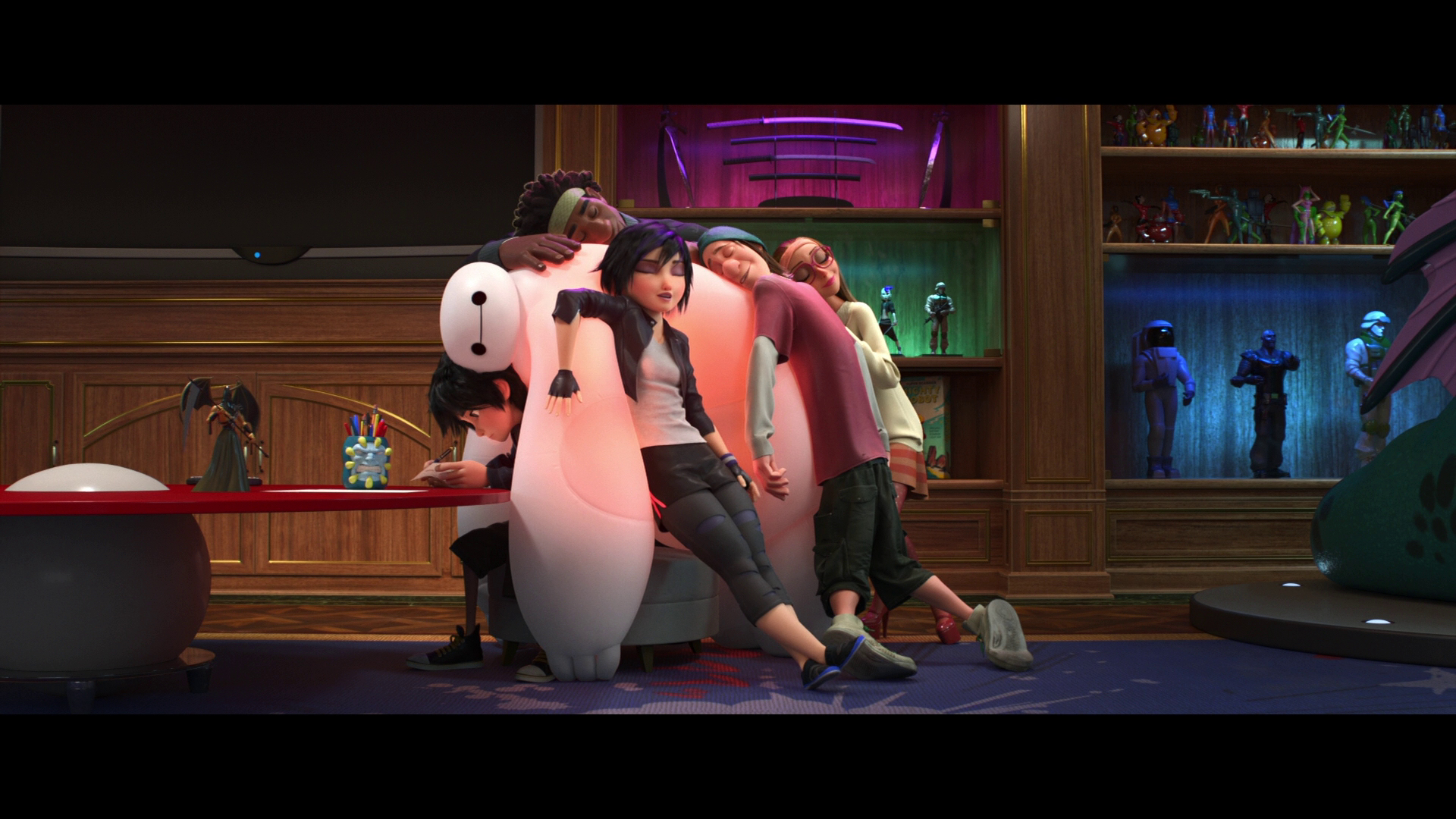 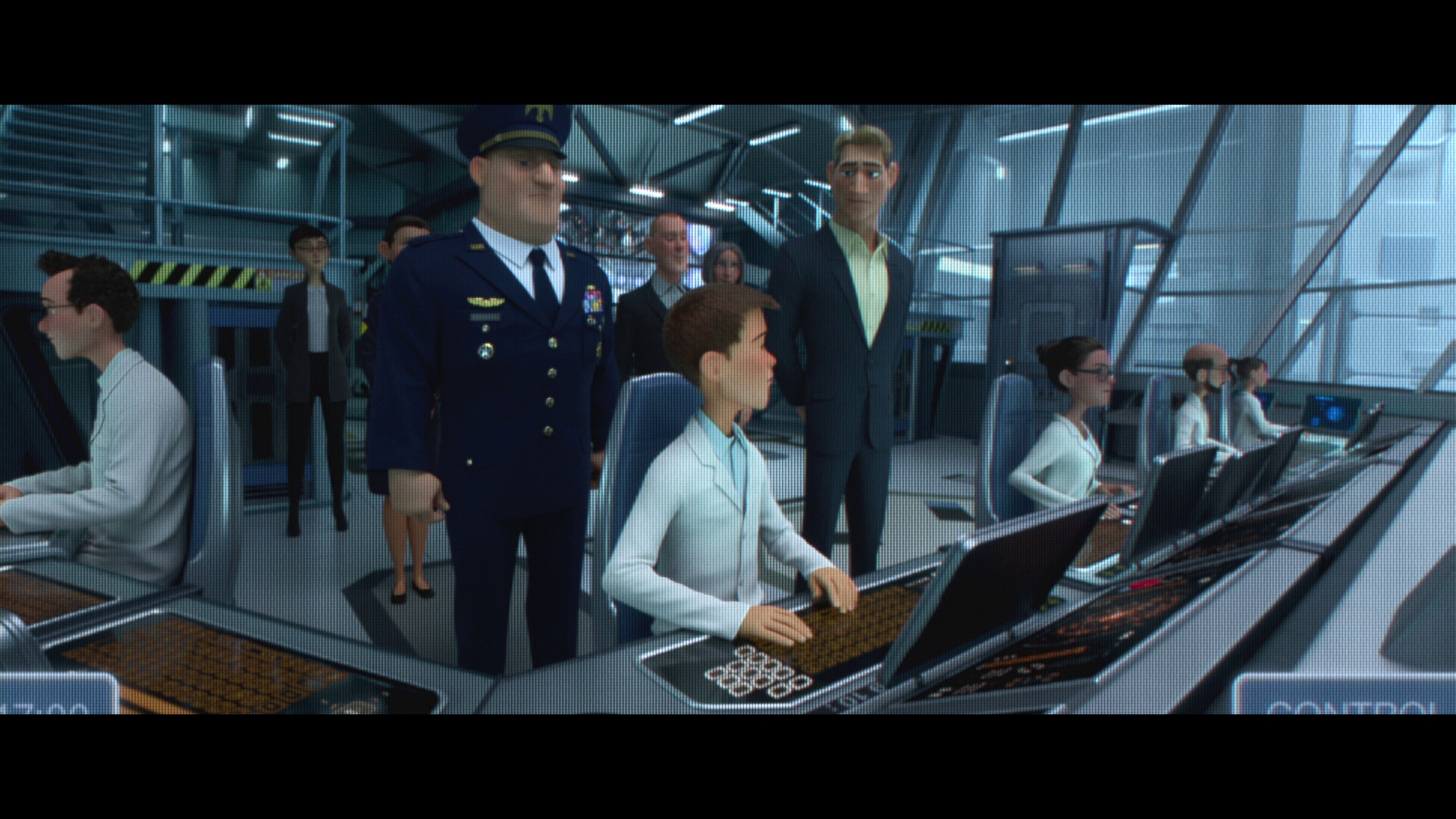 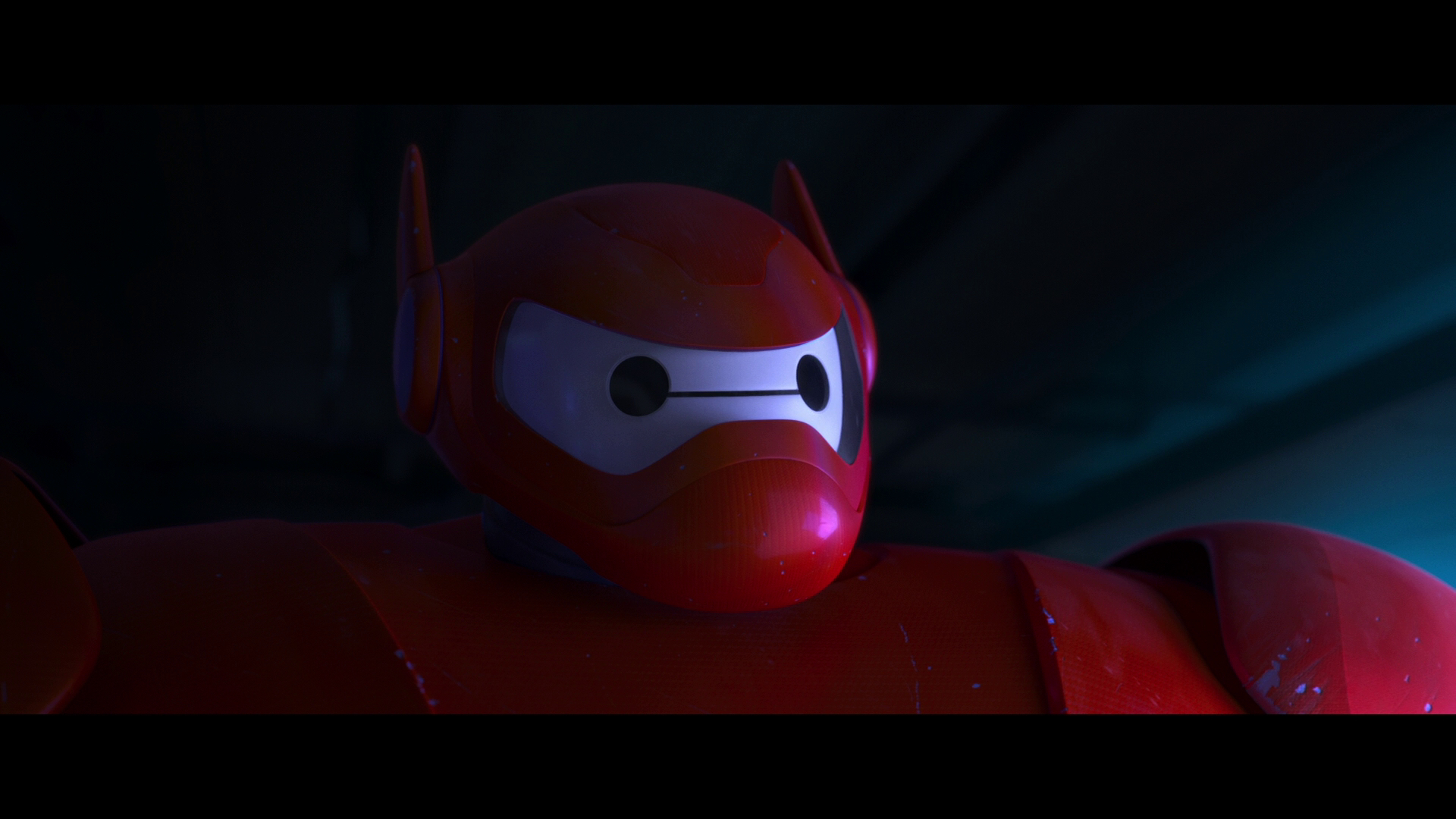 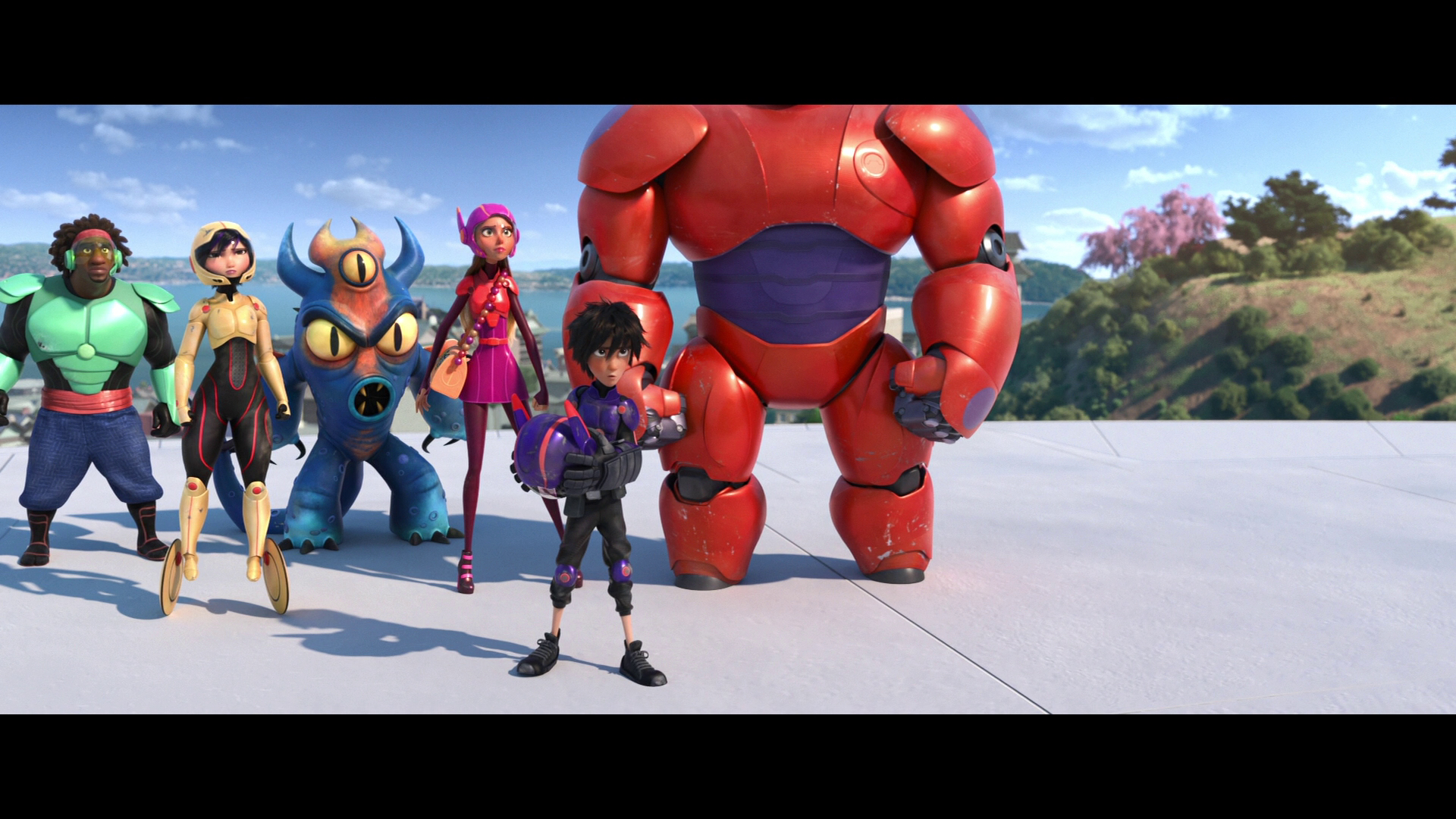 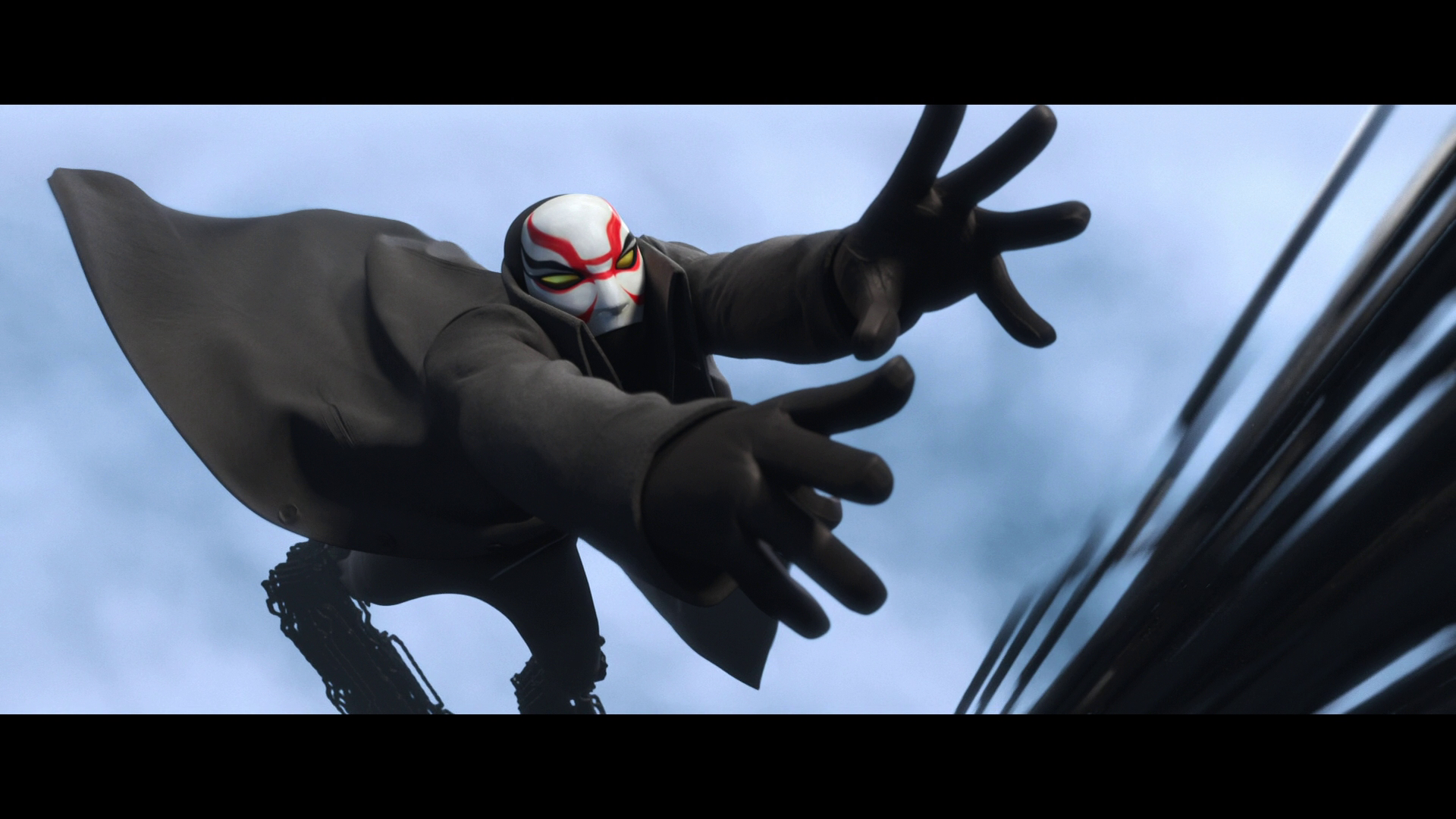 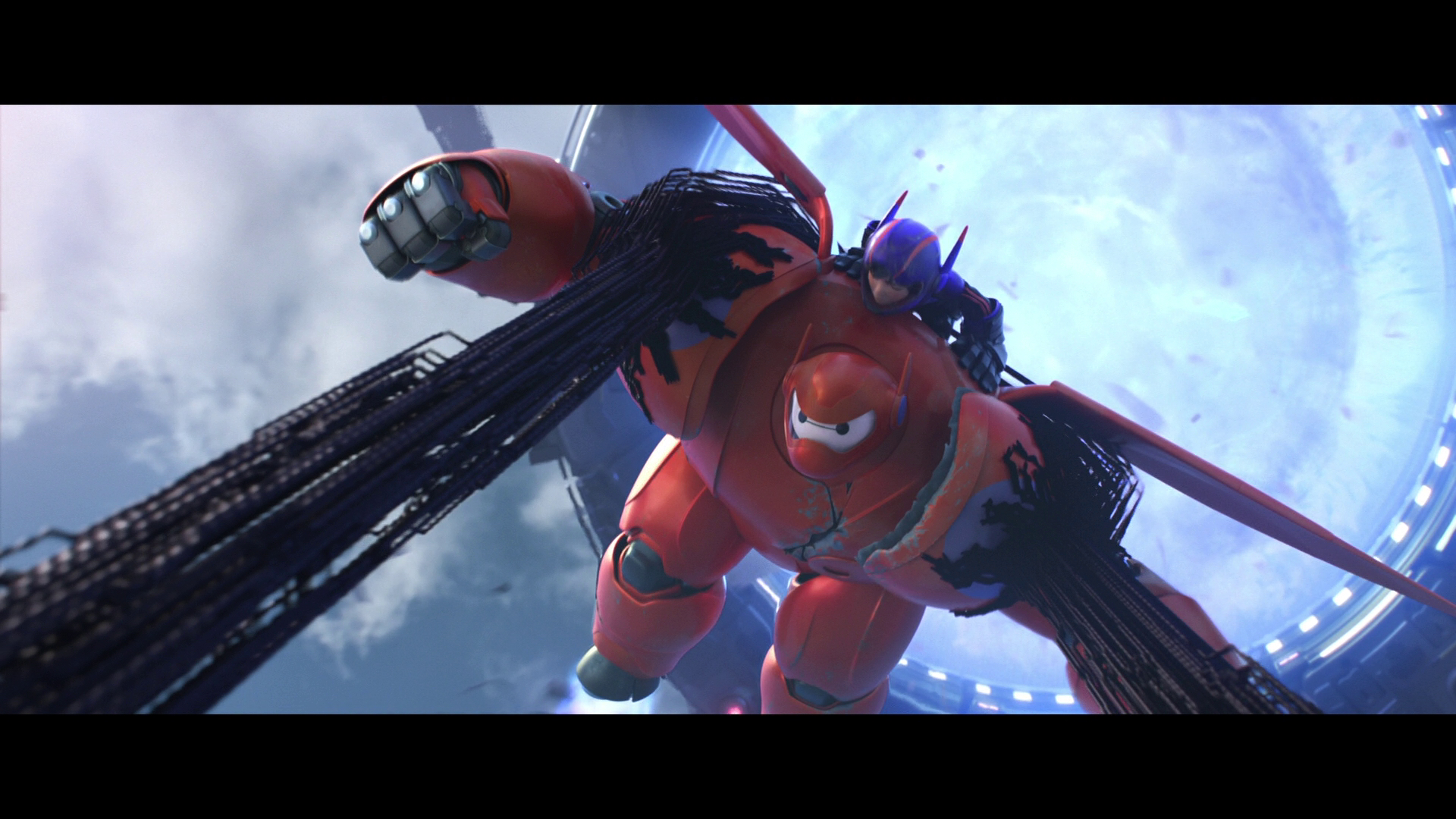 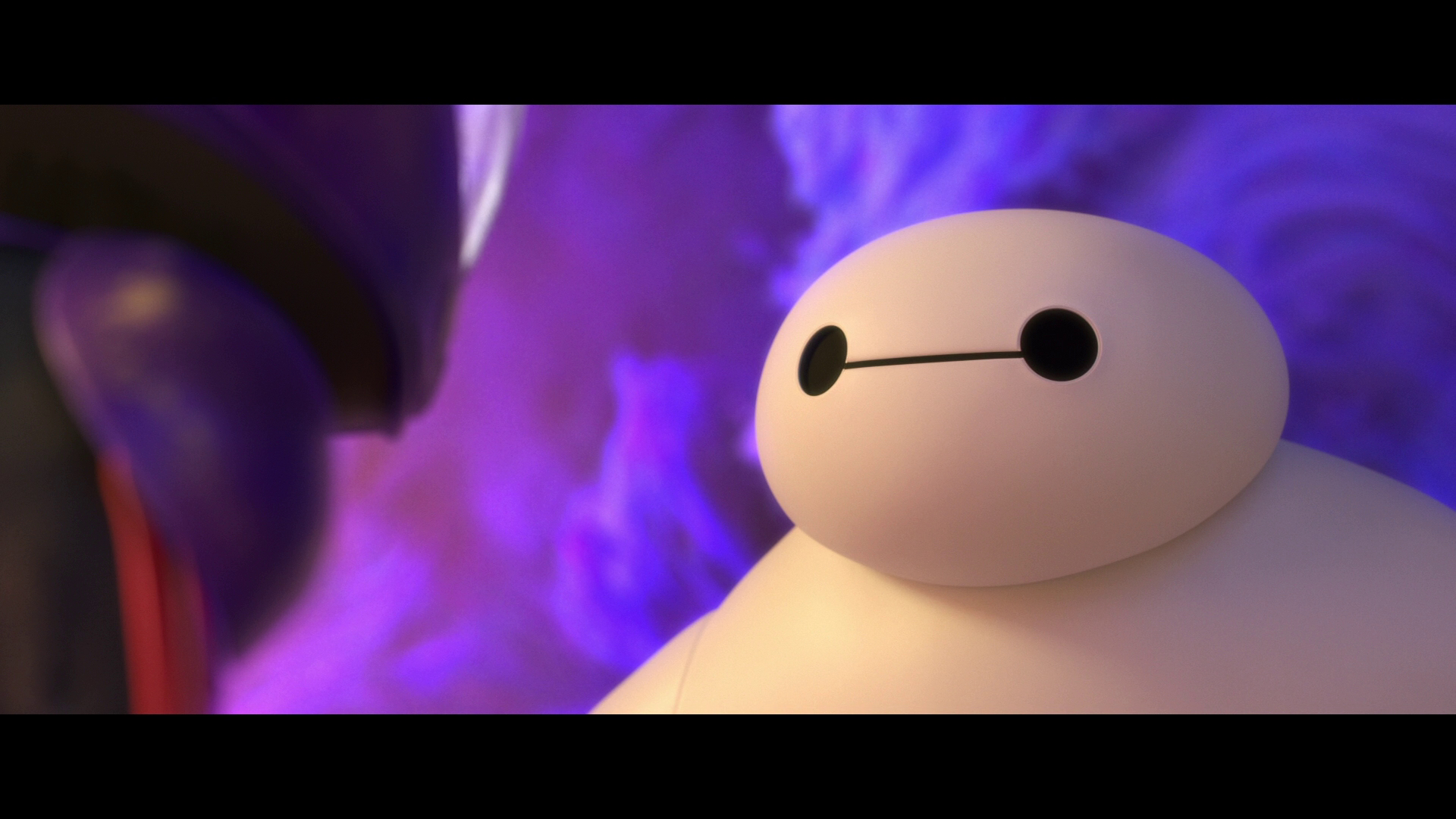 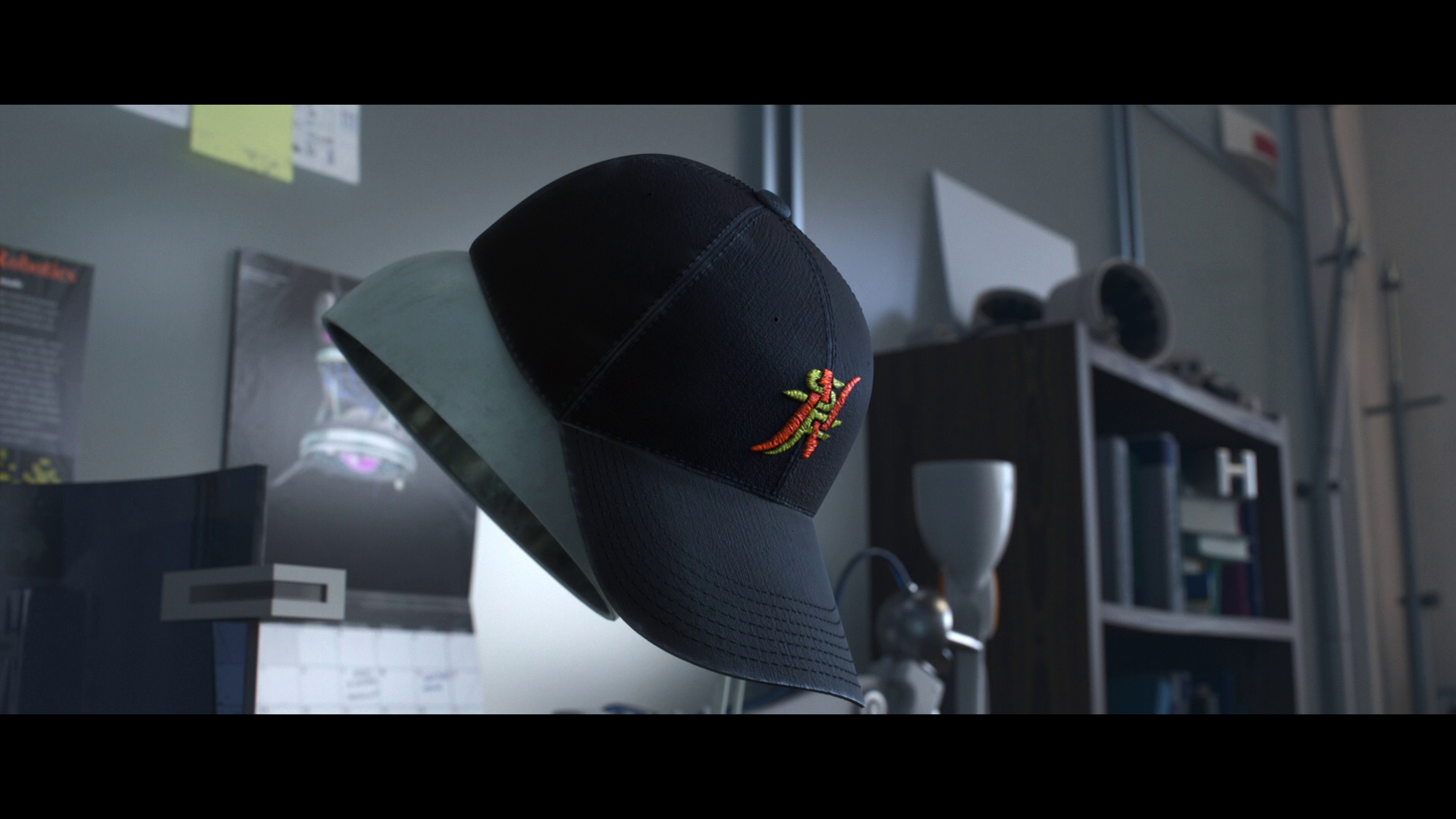 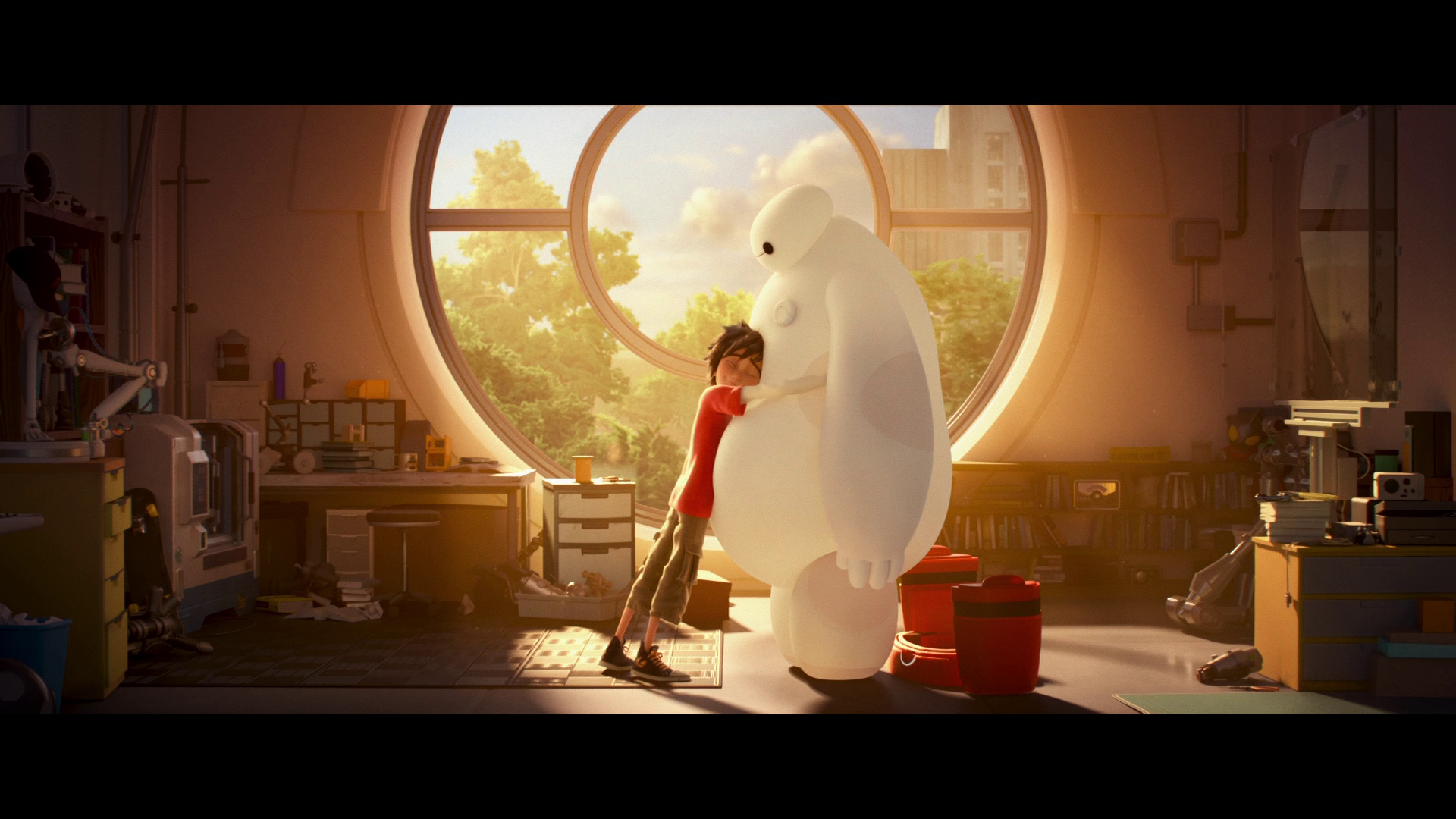