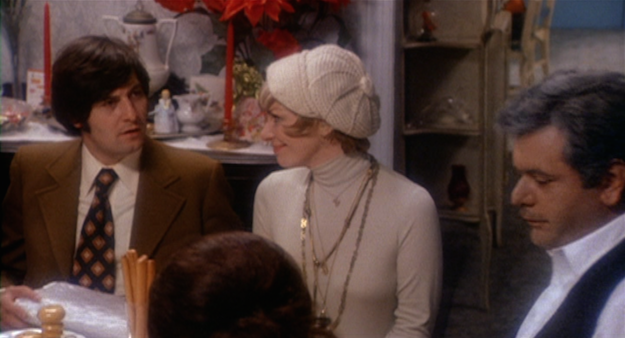 Like a unusually large chunk of pop culture from the 1970s, the film Made for Each Other is based on the notion that psychoanalysis and group therapy is innately fertile ground for comedy. In this case, it's a romantic comedy in which two New Yorkers in their mid-30s meet in a group session, get it on, and then decide to see if they can turn their fling into a relationship, avoiding all the mistakes they've made in the past. The movie subscribes to the notion that any person you see today is basically the sum total of their life experiences, and so its love story is structured around copious flashbacks -- starting with the main characters' conceptions -- to help explain how these folks got so crazy.

The film stars Renee Taylor (Fran's mother on The Nanny) and Joseph Bologna (My Favorite Year) as Pandora Gold and Giggy Panimba, whose outlandish names are only the beginning of their troubles. Taylor and Bologna are a married couple who, just prior to making this film, were nominated for an Academy Award for adapting their play Lovers and Other Strangers to the screen. Whatever clout that gave the couple, it opened them a brief window to write themselves a starring feature film vehicle. And despite its obscurity now, Made for Each Other is an excellent showcase for Taylor and Bologna as both actors and writers.

Pandora is a would-be starlet who is the product of an over-loving, astrology-obsessed Jewish mother (Helen Verbit) and a frequently absent, frequently philandering father (Louis Zorich). It comes as no surprise then that Pandora constantly seeks the love and attention of men who are distant or would rather have nothing to do with her. Most recently, she had to call off her engagement when she discovered her fiance in bed with not one but two other women.

Meanwhile, Gig is more unsure of his path. Raised in a sibling-filled Italian home where arguments stand in for affection, Gig neither wants to be a barber like his father (Paul Sorvino, in unconvincing age make-up) nor a priest like his mother (Olympia Dukakis, ditto) wishes. And surprise surprise, he has immense difficulty committing to his romantic relationships; his aloofness has gotten so bad that he recently inspired his last girlfriend to attempt suicide.

As you may have been able to pick up from that brief description, Made for Each Other is a mix of somewhat musty cultural stereotypes and fresh bursts of startling honesty. As writers, Taylor and Bologna similarly rely on brief sketches and cutaway gags mixed into longer, more thoughtful passages. This style approximates the self-analyzing neurotic aura of Annie Hall six years before Annie Hall. For instance, it's easy to imagine Woody standing in Bologna's place during a flashback in which Gig is in combat and takes a moment to bargain with a seemingly dead Vietcong he has just shot. "I'm just supposed to be an advisor!" he cries. Another solid cutaway shows a long-haired, tribal necklace-wearing Gig graduating from college with a degree in African Studies, much to his parents' chagrin.

Taylor and Bologna's clear affection for each other in real life also helps their onscreen relationship immensely. One indelible highlight of their unusual courtship arrives when Pandora asks Gig to kiss certain spots on her neck while cursing at her in Italian. It's undeniably silly but the moment has such a warmth and specificity that it's hard to imagine two other actors pulling it off quite so well. Later, after Gig has watched Pandora's ramshackle attempt at a musical comedy "act," his reluctance to "give feedback" speaks volumes. After Pandora finally pesters him into admitting he thinks it totally stinks, the ensuing argument is oddly unpolished and clearly truthful emotionally, like something out of a John Cassavetes dramedy.

Director Robert B. Bean similarly stages an awkward late-film dinner, in which Gig introduces Pandora to his folks and all hell breaks loose, right on the edge of sketch-comedy shtickiness and raw semi-vérité. Despite the fact that Olympia Dukakis and Paul Sorvino are basically the same age as our leads in real life, they are so uproarious as Gig's angrily close-minded parents that the casting is perfect.

There's definitely a time capsule element to Made for Each Other that potentially explains why it hasn't remained in the cultural conversation in more recent years, despite glowing reviews from the likes of Pauline Kael and Roger Ebert upon its release. I think anyone who enjoys the unusual and untidy but often funny romance of Cassavetes's Minnie and Moskowitz (also from 1971) will find a lot of value in this neglected gem. 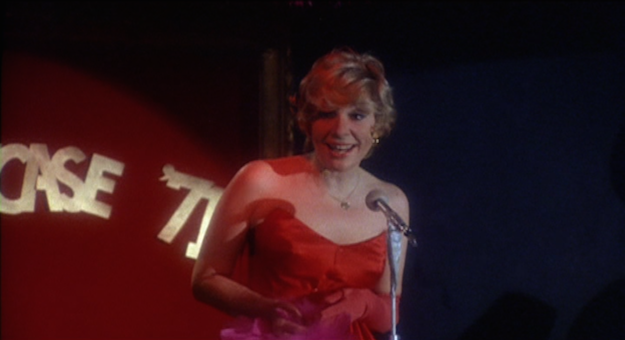 The DVD
Made for Each Other arrives as part of the Fox Cinema Archives line of manufactured-on-demand (MOD) DVD-Rs.

The Video:
As with many MOD titles -- and seemingly with a lot of Fox's in particular -- the video quality for this film is a letdown. The widescreen 1.78 presentation has big chunky pixels, which makes me hypothesize that this might be some sort of zoom-in on an open-matte Academy-ratio transfer. Otherwise, the video looks pretty good, with slightly faded color but minimal print damage.

The Audio:
The Dolby 2.0 mono audio is similarly good not great. There's no significant damage to the track, but it has passages where the dialogue gets slightly muffled. No subtitles.

Final Thoughts:
A surprisingly warm and funny look at neurotic love in the early '70s. Writer-stars Renee Taylor and Joseph Bologna are appealingly offbeat romantic leads in a story that blends emotional smarts and silliness in equal measure. I wish that this disc didn't have the A/V quality of a higher-end bootleg, because I would be able to recommend it more highly. Nonetheless, this release comes Recommended. 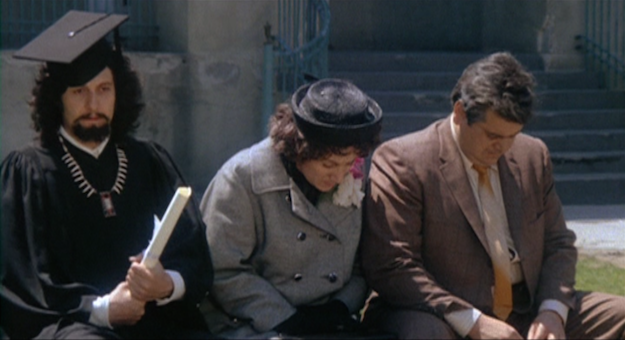