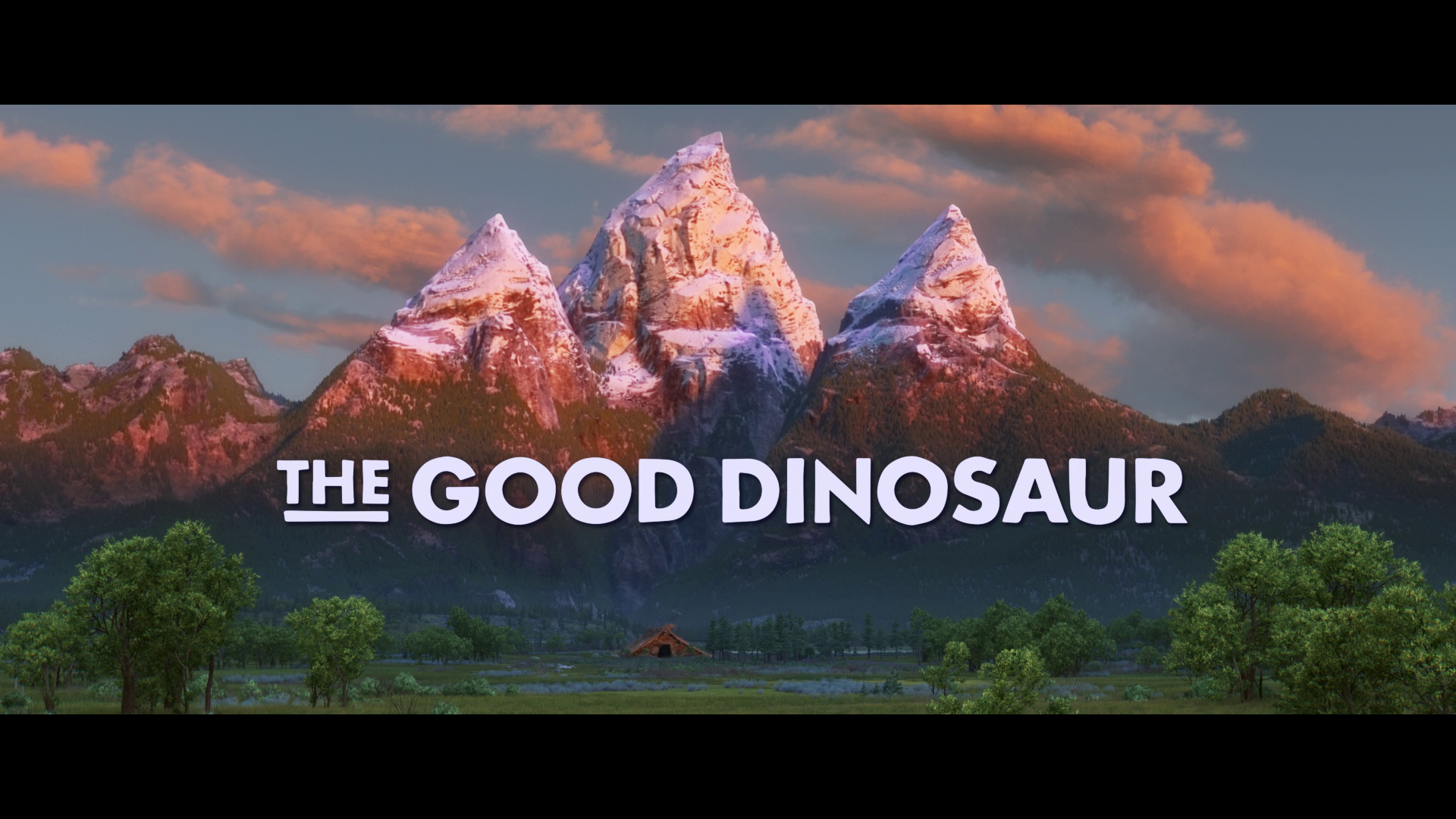 In 2015, Pixar for the first time released two theatrical films: Inside Out and The Good Dinosaur. The former is the better film, as it exhibits Pixar's trademark humor, creativity and universal appeal. The latter feels like second-tier Pixar, which, if you've been paying attention, still makes The Good Dinosaur better than most family movies that are released. The film uses photorealistic backgrounds amid whimsical animation, and follows a young dinosaur on his journey home after a life-changing event. Like Pixar's Cars, this movie seems aimed at the youngest viewers, who will no doubt enjoy the colorful characters and tomfoolery. The Good Dinosaur is beautiful and occasionally sweet and funny, but it never resonates.

This movie had a bumpy production run-up, which may account for some of its narrative problems. Bob Peterson began work on the project in 2009, and was to make his solo directorial debut here. Pixar favorite John Lasseter laid out plot details way back in 2012, but Peterson was removed as director after several release-date bumps and reports that he couldn't figure out the film's final act. The studio released vague statements about supporting the project but needing fresh eyes, and Peter Sohn was brought in to direct. The story was apparently stripped and rebuilt, and several original cast members, including John Lithgow and Bill Hader, were scrapped. To its credit, Pixar usually takes drastic measures when projects aren't working, and production tangos on Toy Story and Ratatouille resulted in wonderful films. 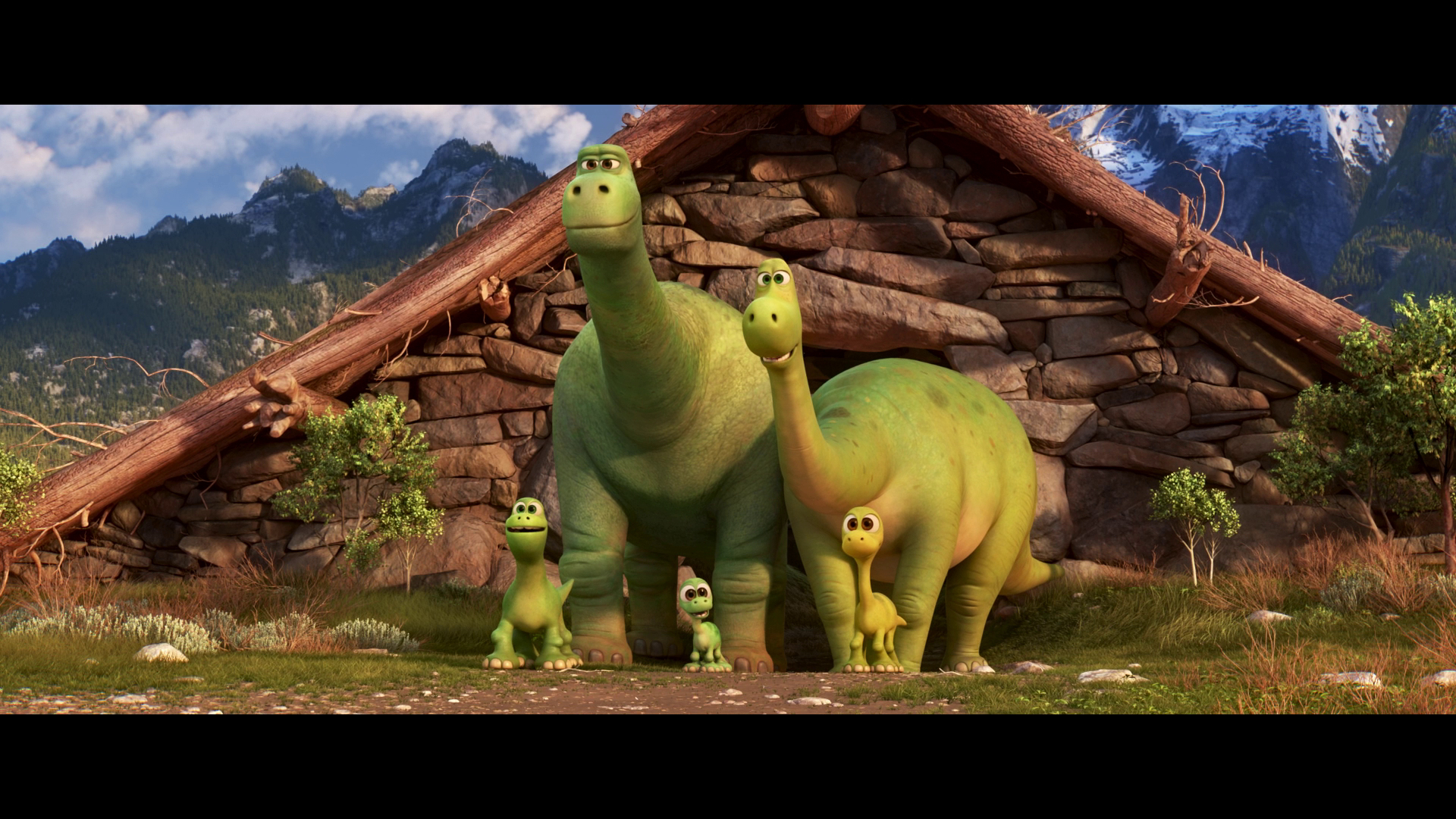 The original story outline lives on in the theatrical release, at least in spirit. In this alternate timeline, the asteroid that killed the dinosaurs skims past Earth's atmosphere, and the animals evolve to create societies, like the farm run by Henry (Jeffrey Wright) and Ida (Frances McDormand). Their three eggs hatch, and born are Libby (Maleah Padilla), Buck (Marcus Scribner), and the runt/our hero Arlo (Raymond Ochoa). Arlo can't make his mark, represented by a literal mud footprint on a corn silo, because he does not excel at harvesting, bravery or livestock wrangling. He travels with Henry to trap a feral human boy caught stealing the family's corn, which sets in motion a chain of events that takes Arlo far from his home and family. The Good Dinosaur then becomes a coming-of-age story for Arlo and the cave-boy, who is eventually named Spot. I've seen many correctly label Spot "the dog" to Arlo's "boy" in this animal/human role-reversal tale.

The movie's main problem is the story, which is uneven and overly familiar. Arlo is not a particularly likeable character. Not only is he weak and whiny, but he also takes the attention away from the more entertaining Spot and the colorful fellow dinosaurs they encounter on the road. He finds redemption, sure, but it takes longer than it should. It feels like Sohn and company were not sure how to move from the basic premise to create a memorable story and set of characters. At points, The Good Dinosaur borrows from Aladdin, The Lion King, and others, but it feels like a pale imitation. Arlo's entire family is forgettable, as are most of the other supporting characters. Again, not Pixar's finest hour. Tonal inconsistencies abound, too: One moment Arlo is crying about missing home, the next he and Spot are high as kites after eating some wild berries. Kids should be thoroughly confused here. 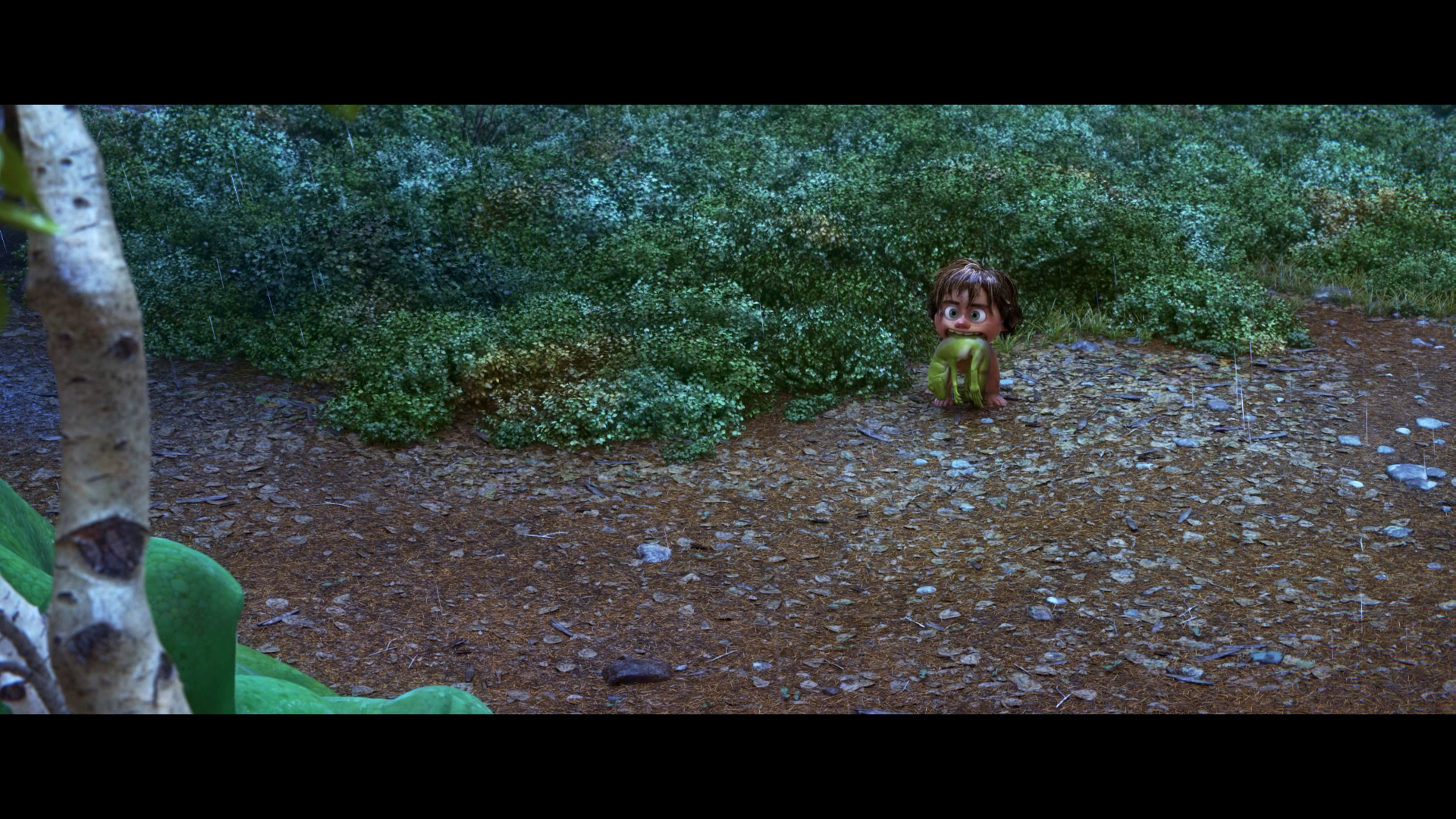 What does The Good Dinosaur do well? Plenty. The animation is absolutely beautiful. Some folks criticized the composition of photorealistic backgrounds and the more cartoonish characters, but it gives the film a fanciful and unique appearance. Pixar's technical craft consistently improves, even when its storytelling falters. There are some fun side trips with a group of T-rexes (A. J. Buckley, Anna Paquin and Sam Elliott), and Spot really is hilarious. One of the film's best scenes sees Spot explain, by mimicking Arlo, that he, too, has lost those close to him. I think children will really enjoy what Pixar offers here, though the violence and action in the film will likely frighten very young viewers. The Good Dinosaur is technically accomplished but disappointing given that Pixar consistently works to one-up its stories to create creative, emotionally involving cinema. 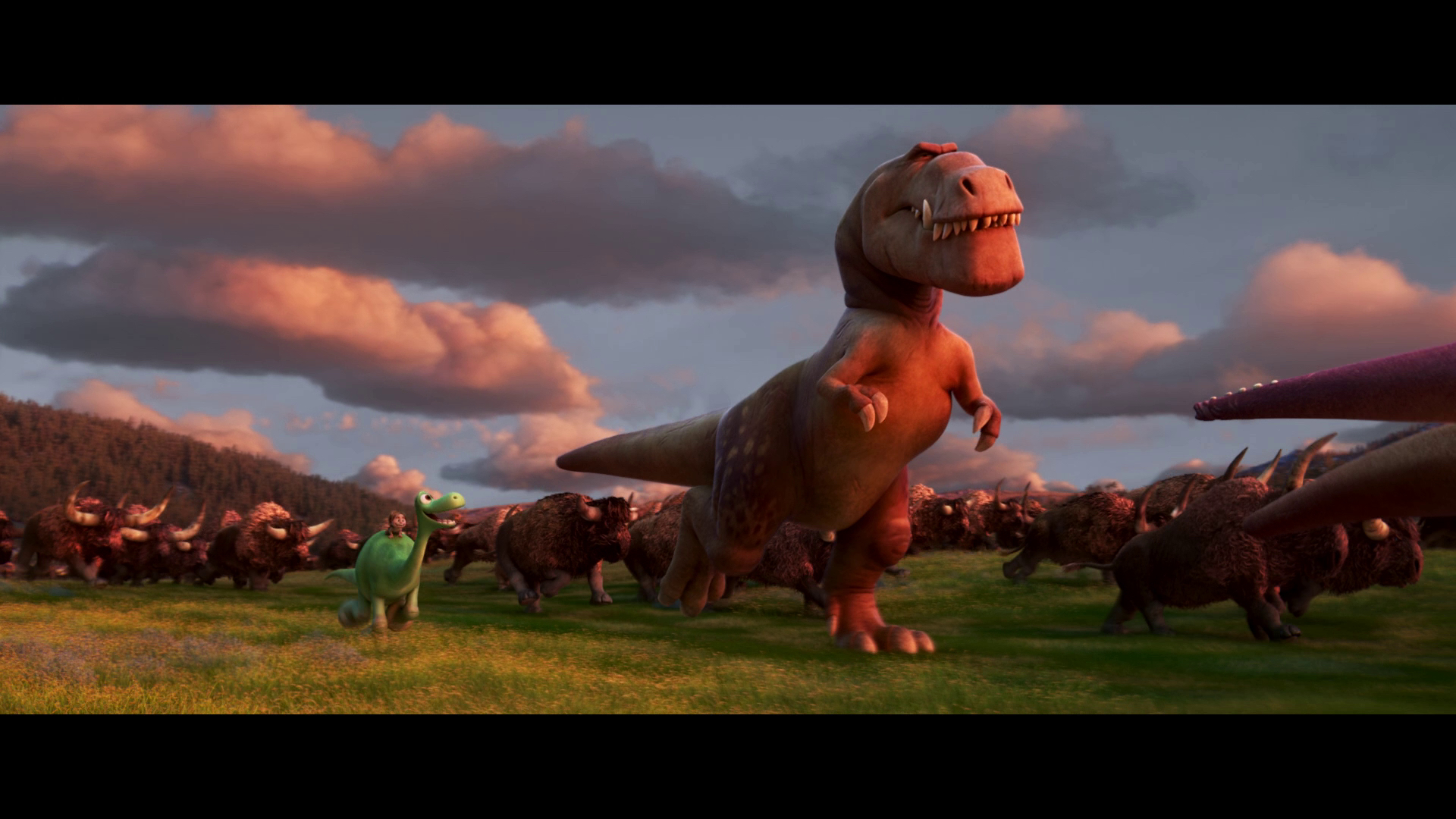 This 2.40:1/1080p/AVC-encoded image is practically perfect. The opening shots feel like live-action HD footage and are absolutely stunning. The rest of the film is crystal clear, with exceptional sharpness and texture and a consistently life-like appearance. Colors are bold and perfectly saturated; blacks are inky, with abundant shadow detail; and there is not a technical or blending flaw to be seen. Other than momentary banding, I did not see anything that would keep this transfer from serving as a Blu-ray demo reel for years to come.

The 7.1 DTS-HD Master Audio soundtrack is also masterful, and replicates the theatrical experience with immersive, total-sound-field effects work and life-like directional dialogue. One tends to partially forgive story flaws after considering that Pixar had to create or seek out all the sounds it uses to support this animated adventure. Dinosaur movement is thunderous and impressive; natural effects pan around the viewer; and action events like a rushing river and buffalo herd make the subwoofer and surrounds come to life. Dialogue, effects and score are layered appropriately, and there are no technical flaws to report. The Blu-ray also includes a 5.1 DTS-HD HR mix and Spanish and French 5.1 Dolby Digital dubs. Subtitle options include English, French and Spanish.

This two-disc combo pack includes the Blu-ray, a DVD copy and code to redeem Disney Movie Rewards points and a digital copy. The discs (with artwork!) are packed in an Elite case that is wrapped in a slipcover. The extra features are as follows:

Audio Commentary by Director Peter Sohn, Story Supervisor Kelsey Mann, Animation Supervisor Mike Venturini, Director of Photography and Lighting Sharon Calahan, and Supervising Technical Director Sanjay Bakshi - This scene-specific commentary offers some good insight on the animation process and what the filmmakers hoped to achieve with The Good Dinosaur. Those looking for dirt on story and director changes won't find it here. 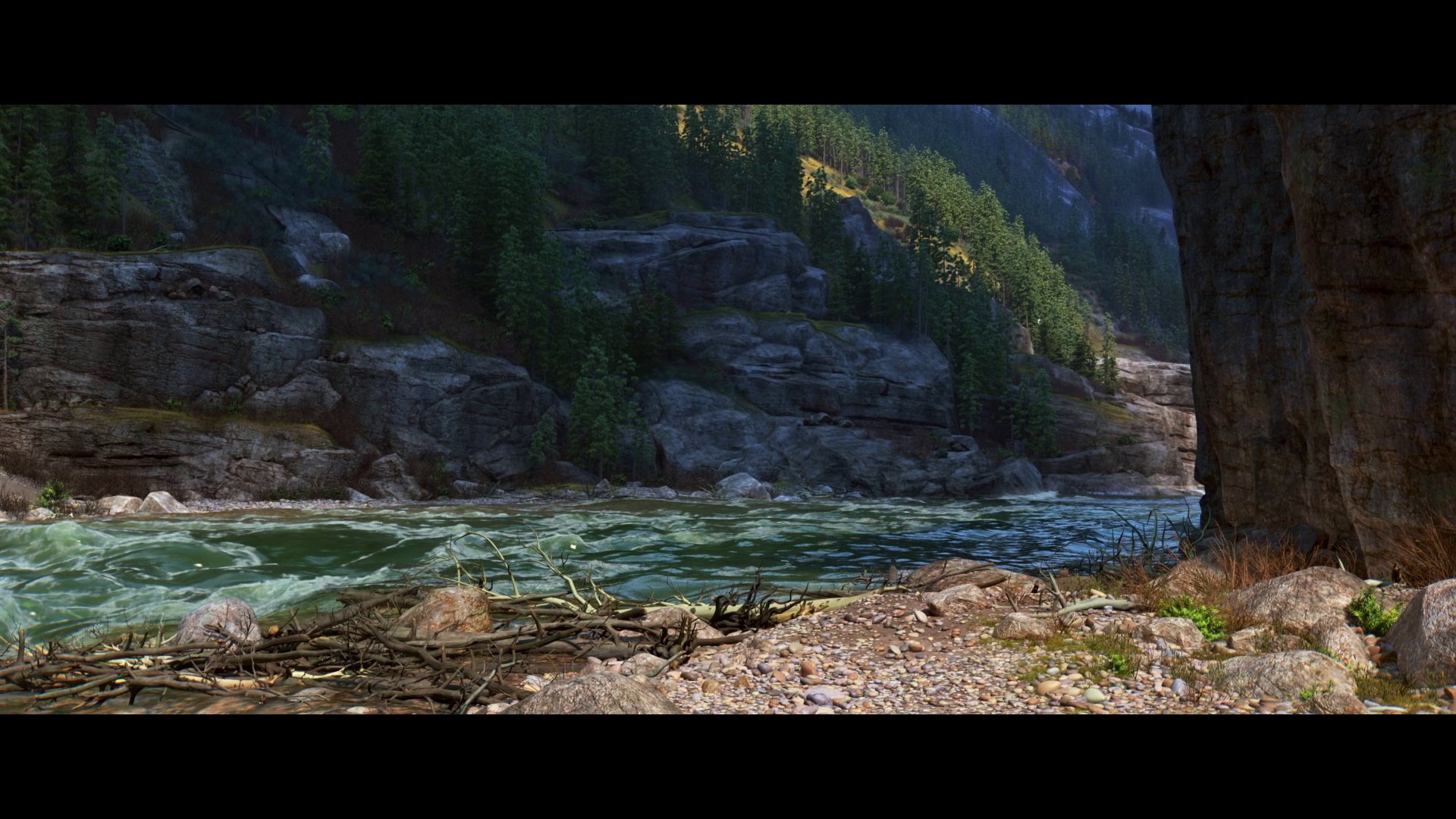 Pixar's second film of 2015, The Good Dinosaur, is a beautiful but disappointingly pedestrian coming-of-age story for a young dinosaur and his cave-boy companion. The animation is exceptional, but the uneven story reveals some of the turbulence behind the scenes. There are no standout characters to hook viewers, and The Good Dinosaur feels like comfortable, second-tier Pixar. The Blu-ray looks and sounds wonderful and offers a respectable slate of bonus content. This one will appeal to children, so the disc is still Recommended. 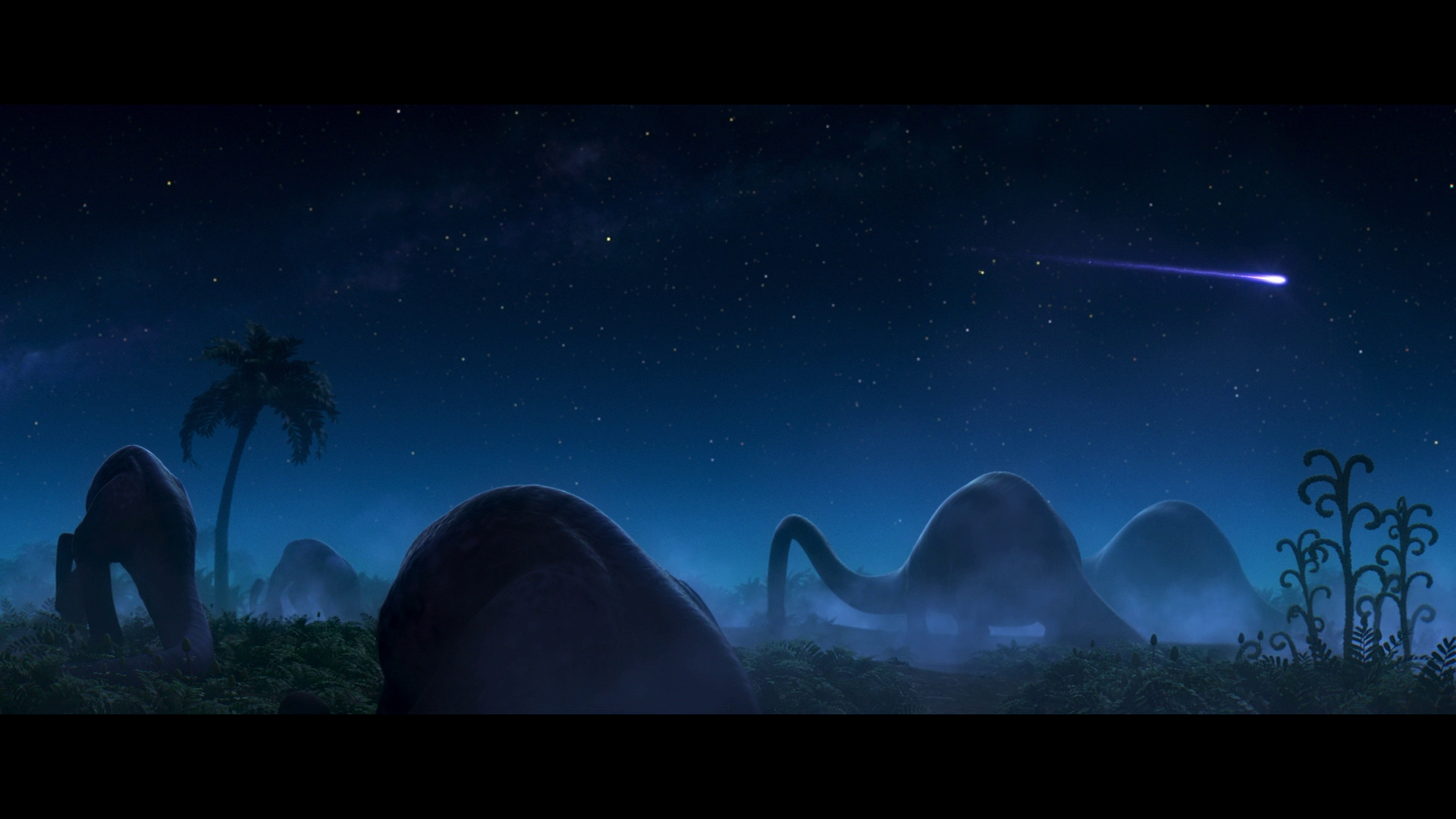 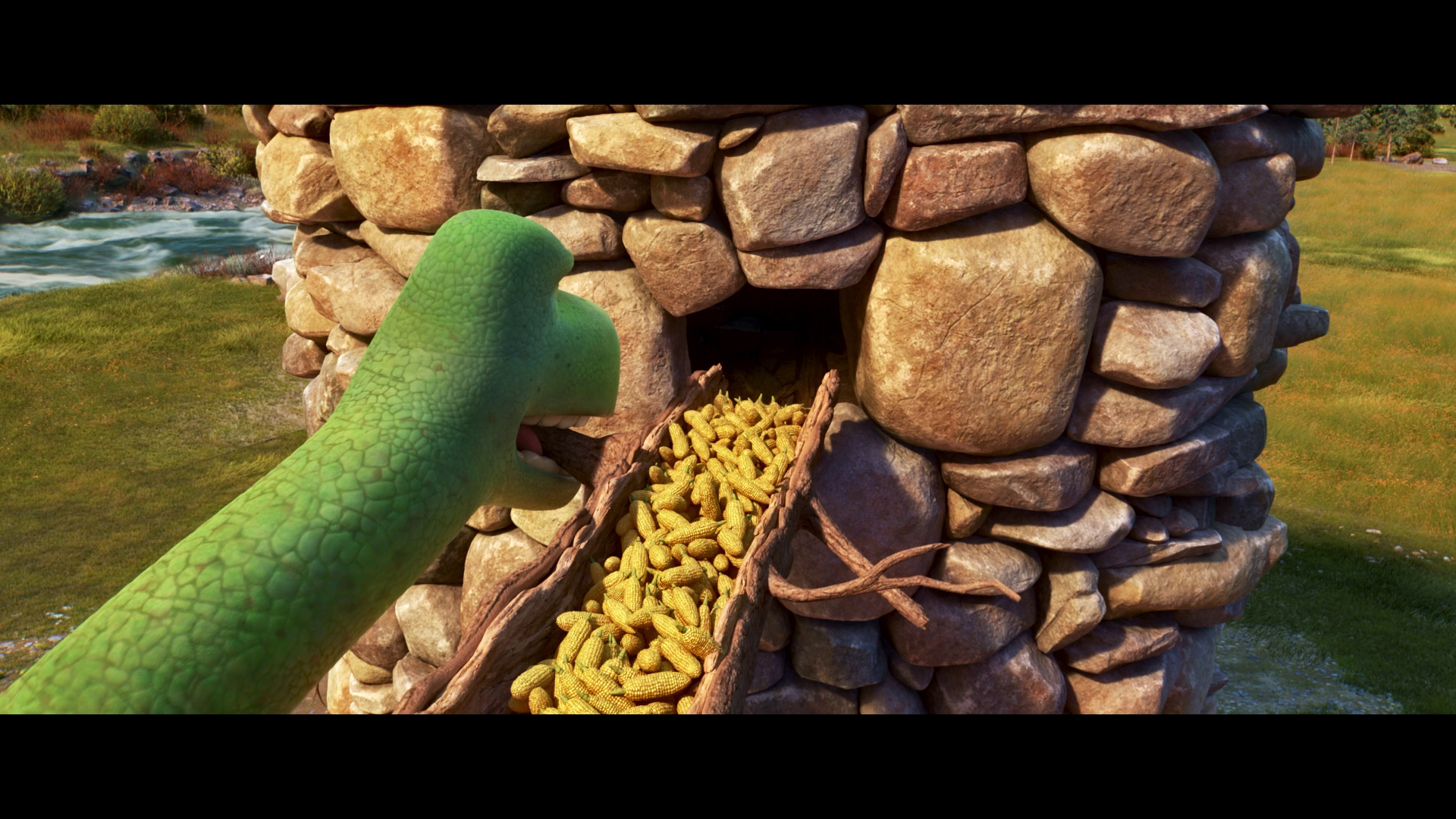 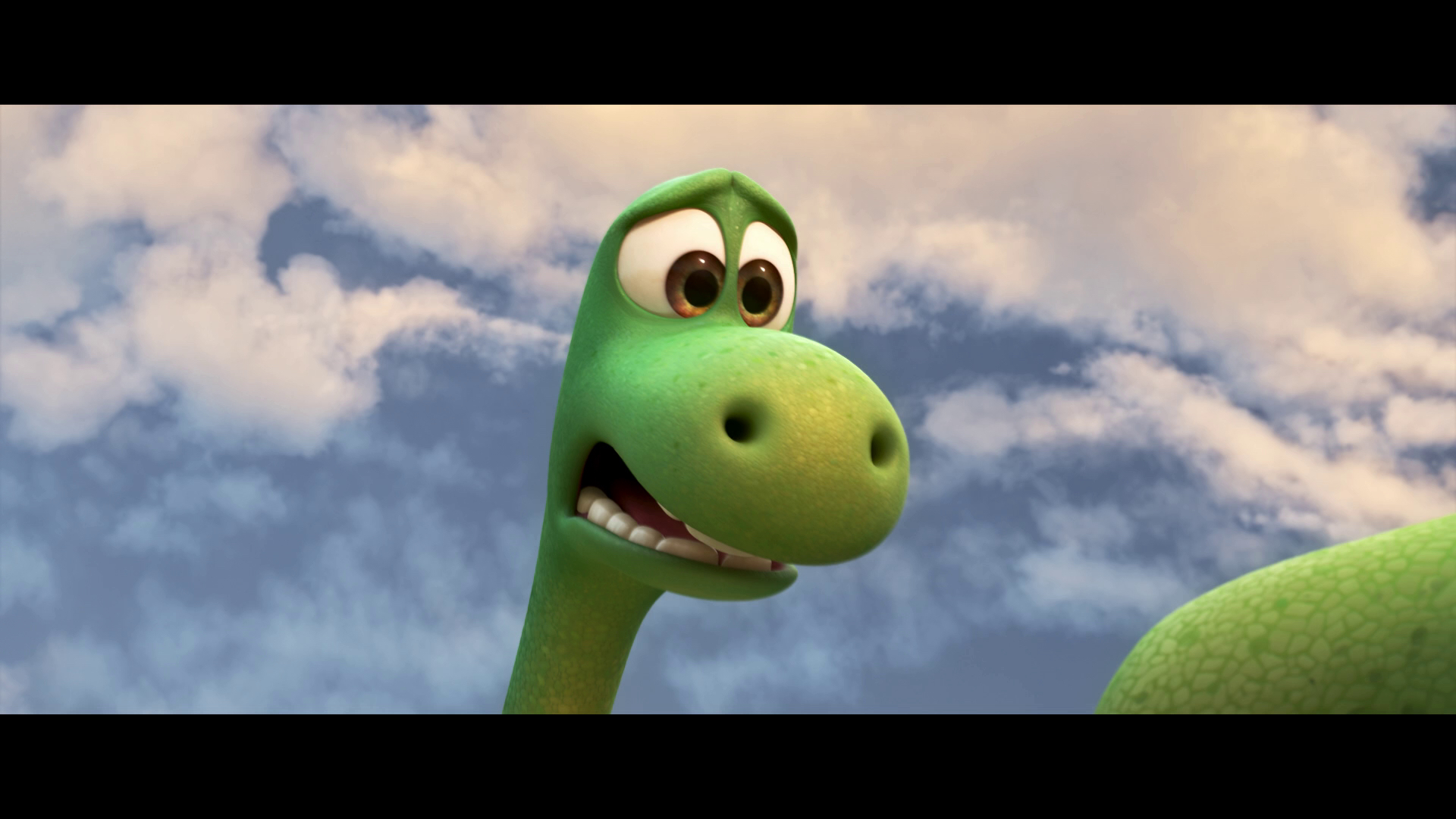 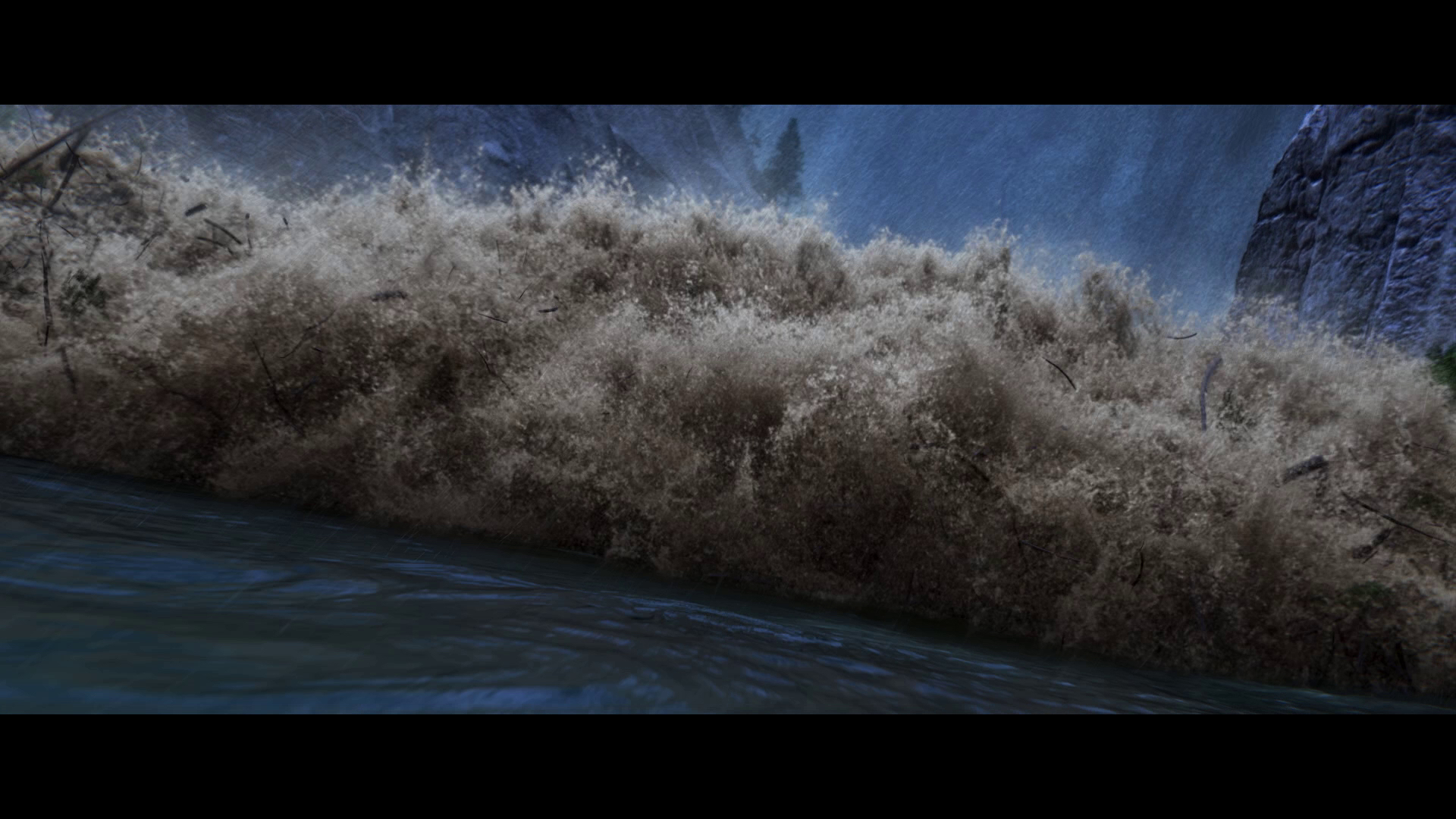 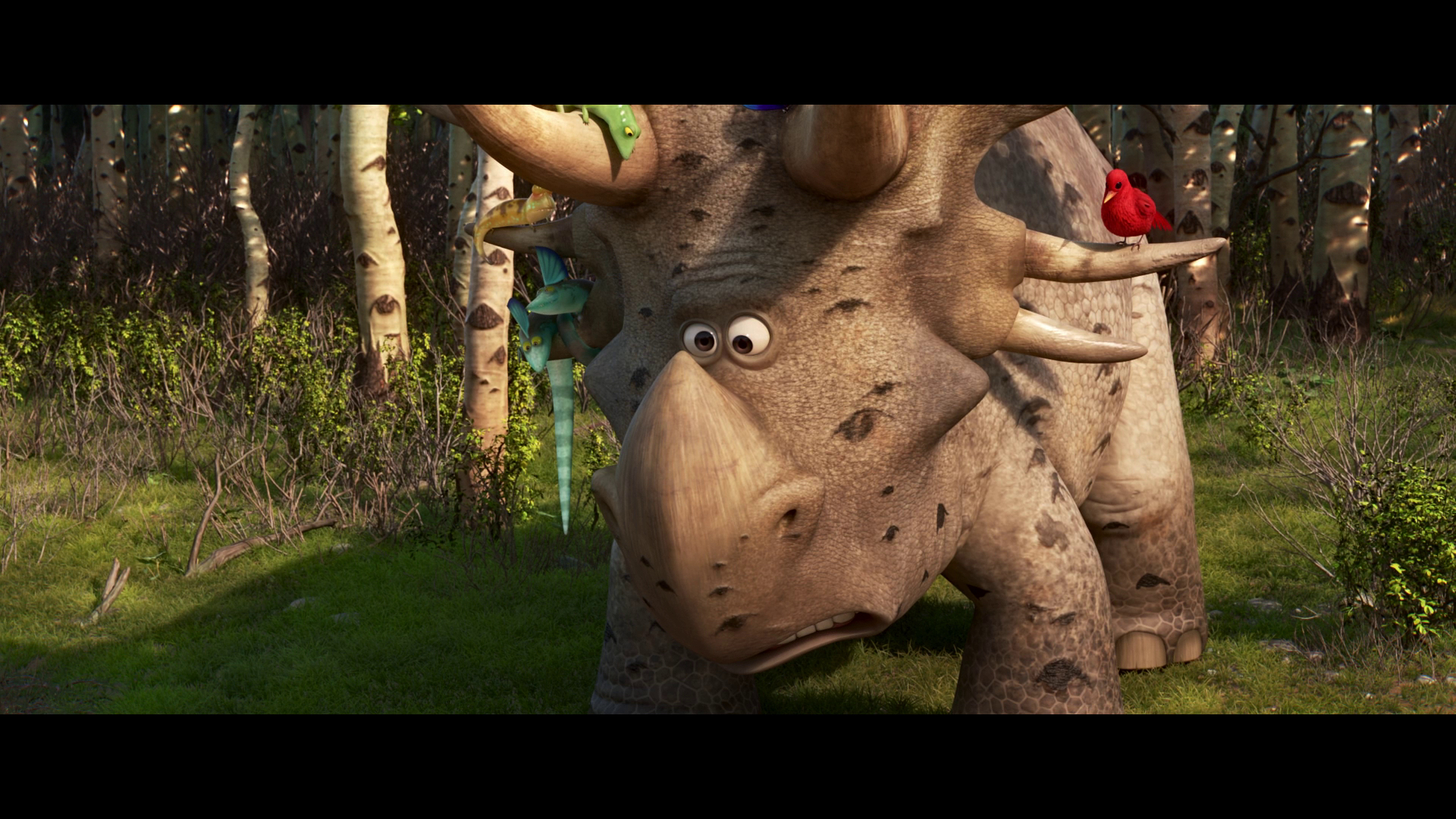 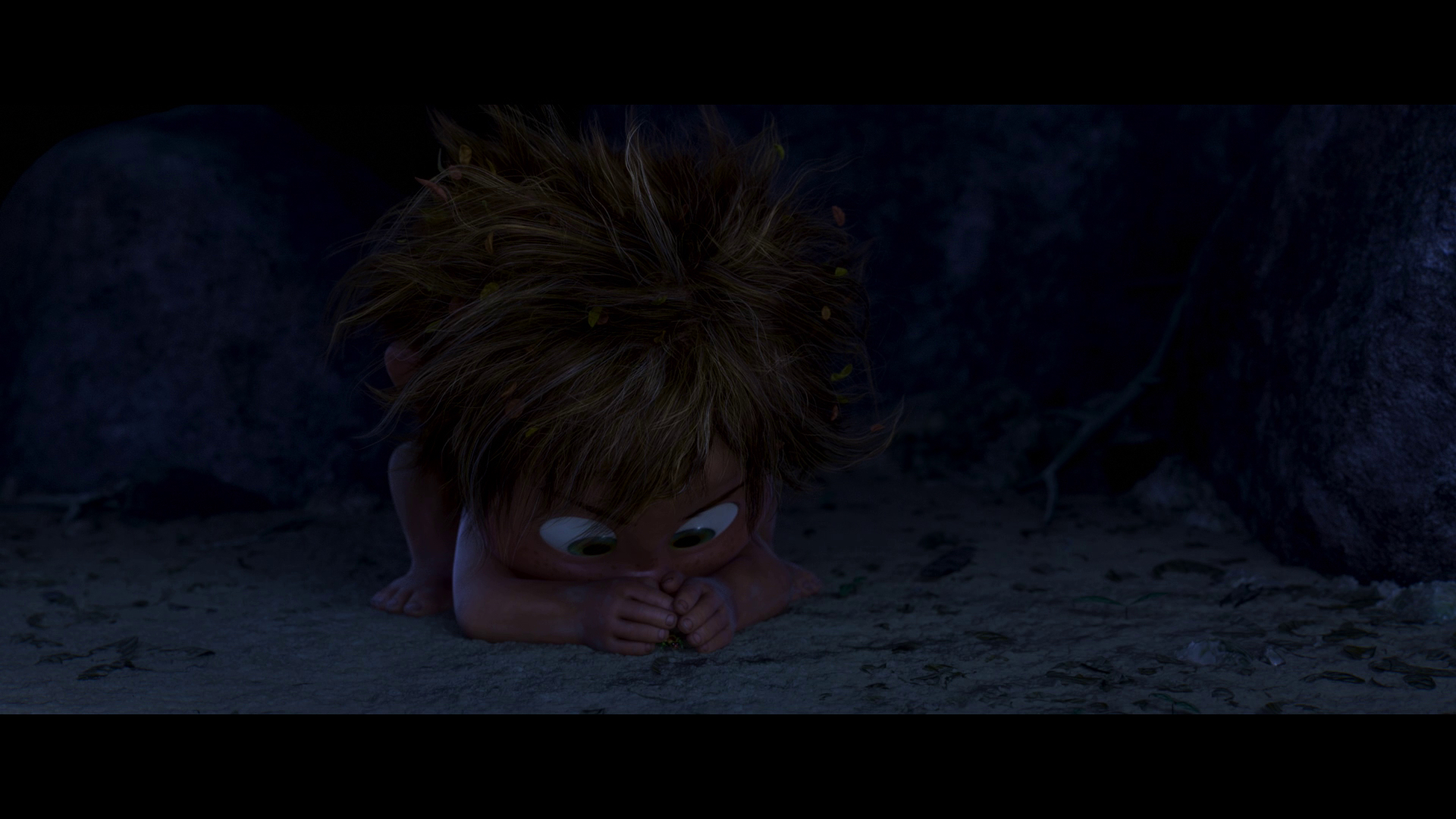 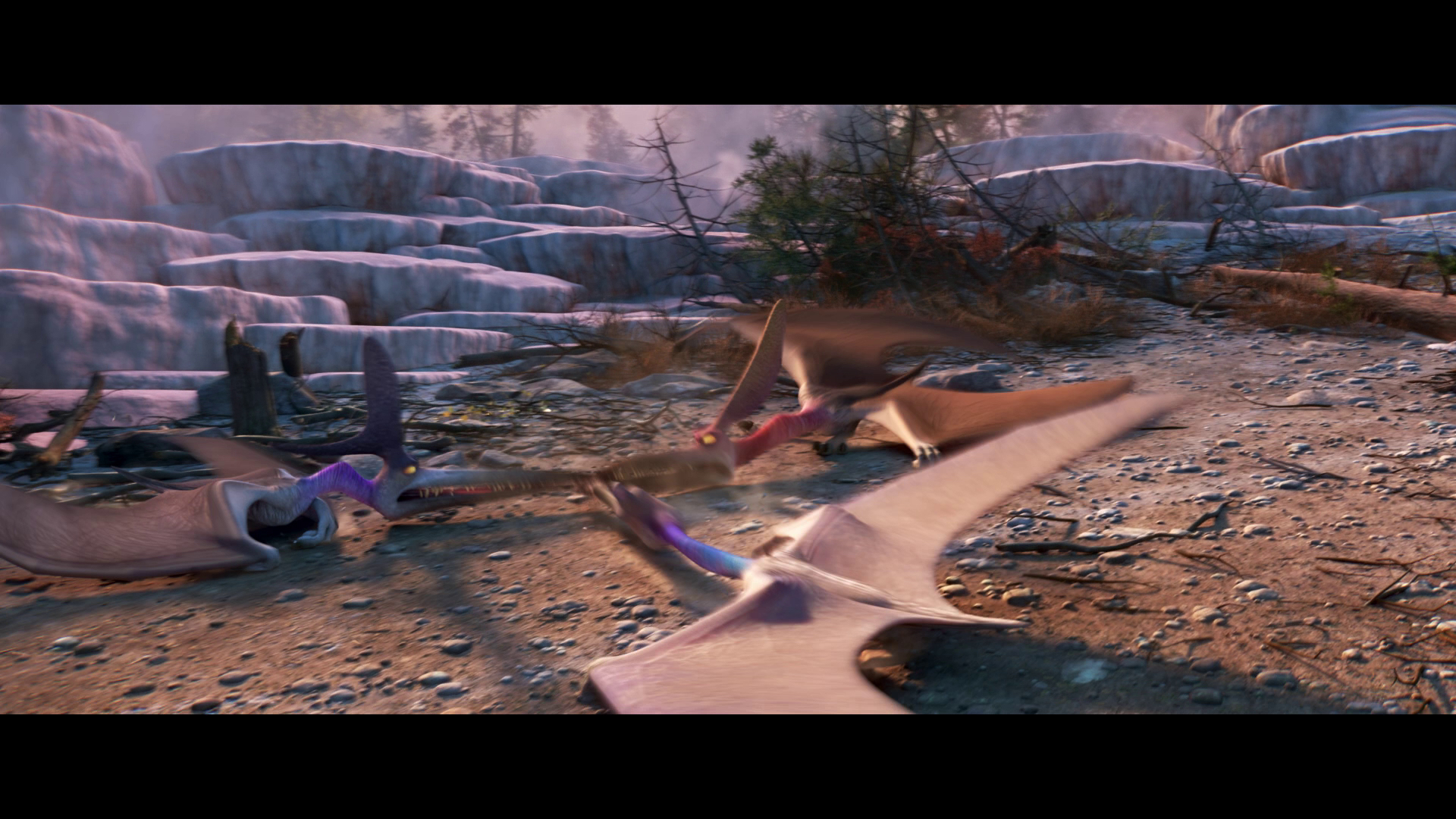 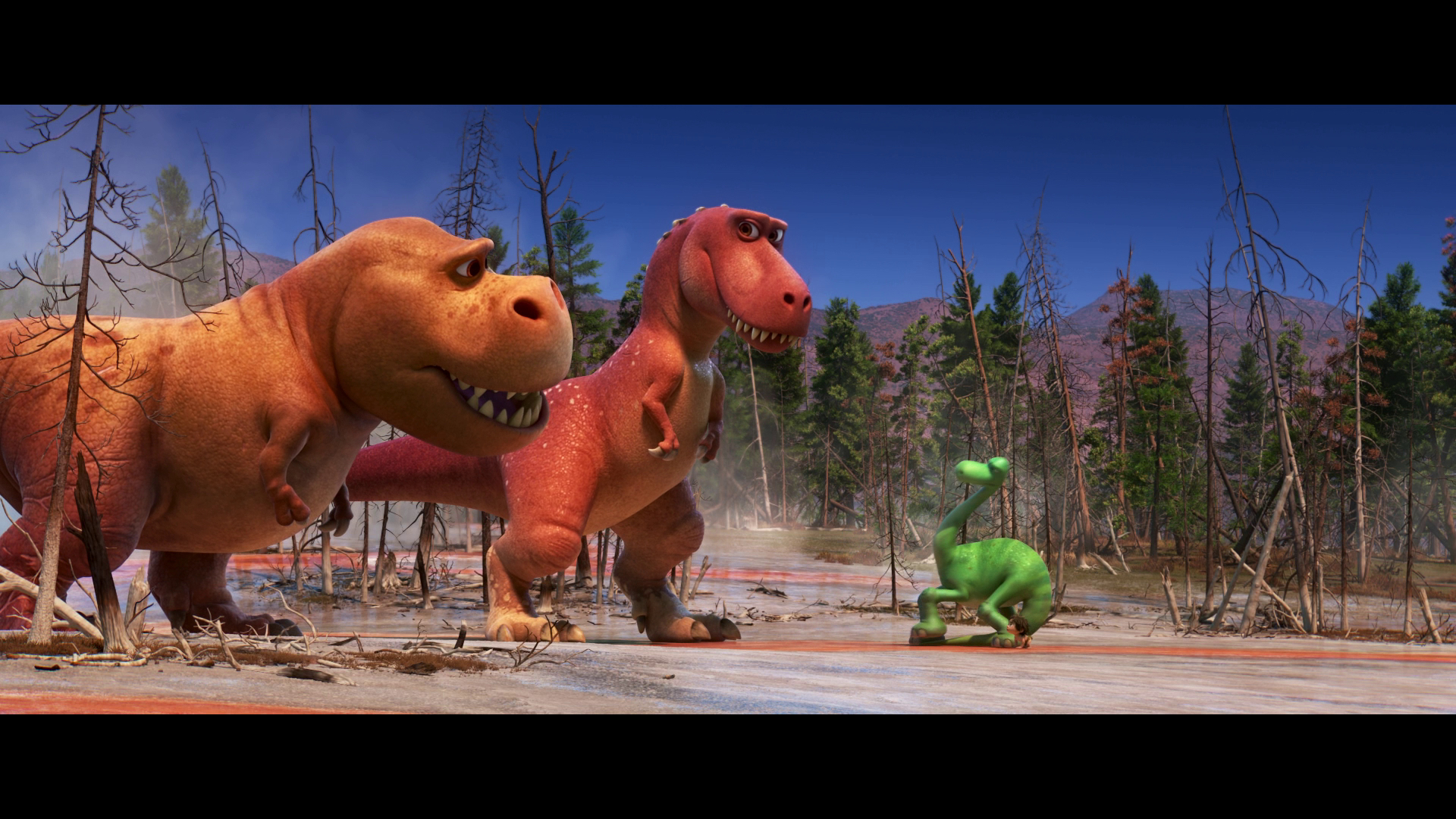 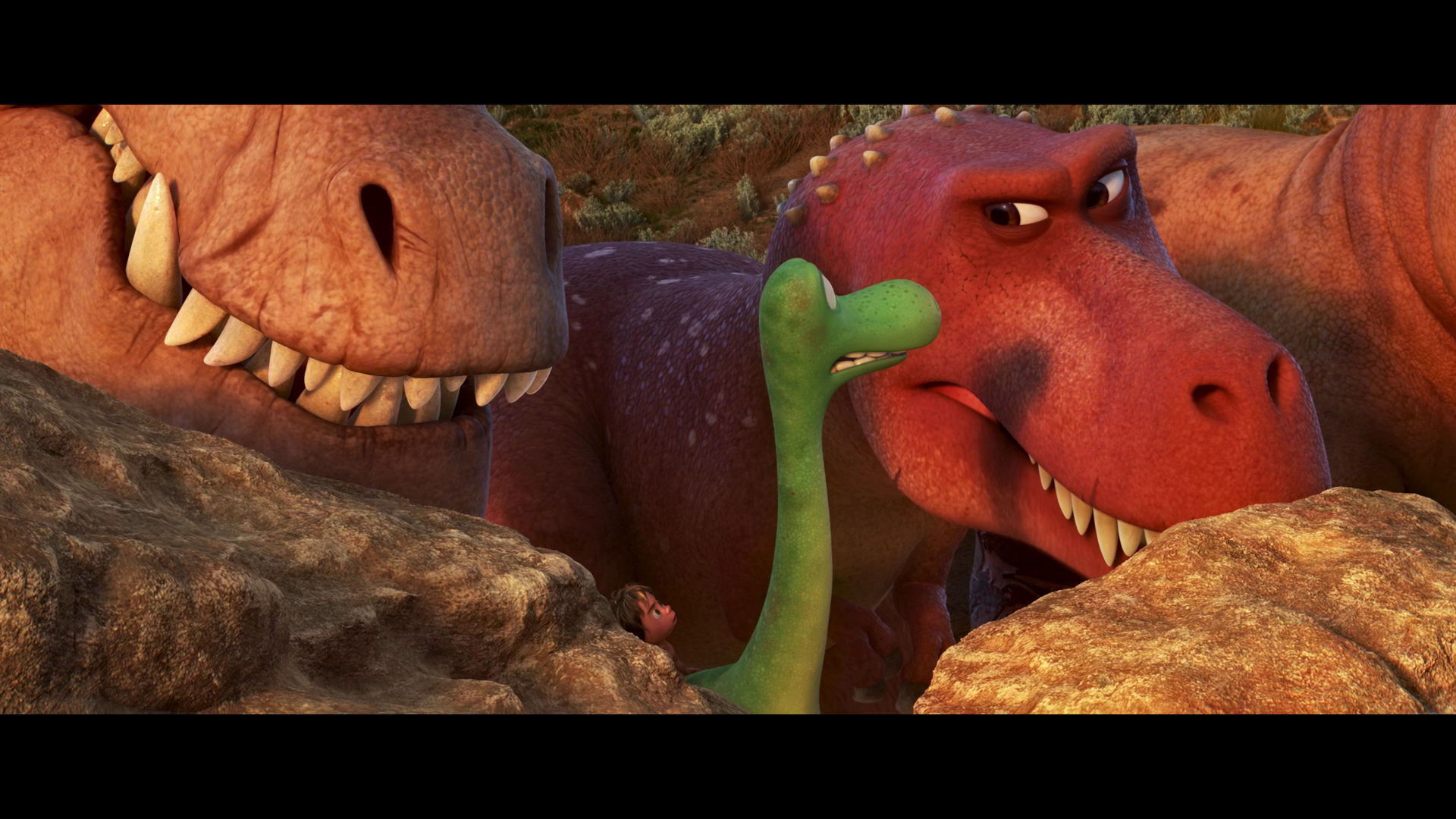 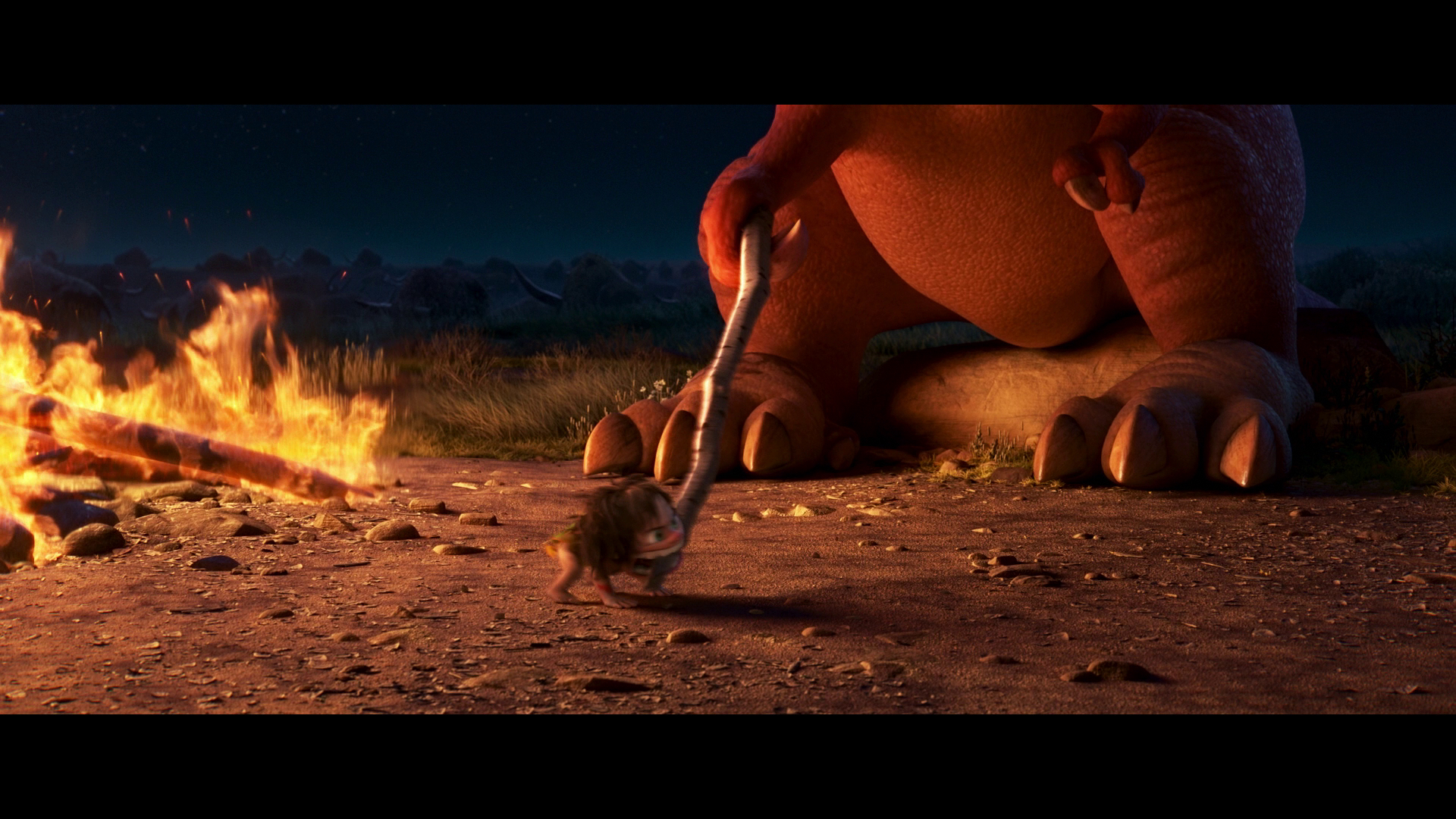 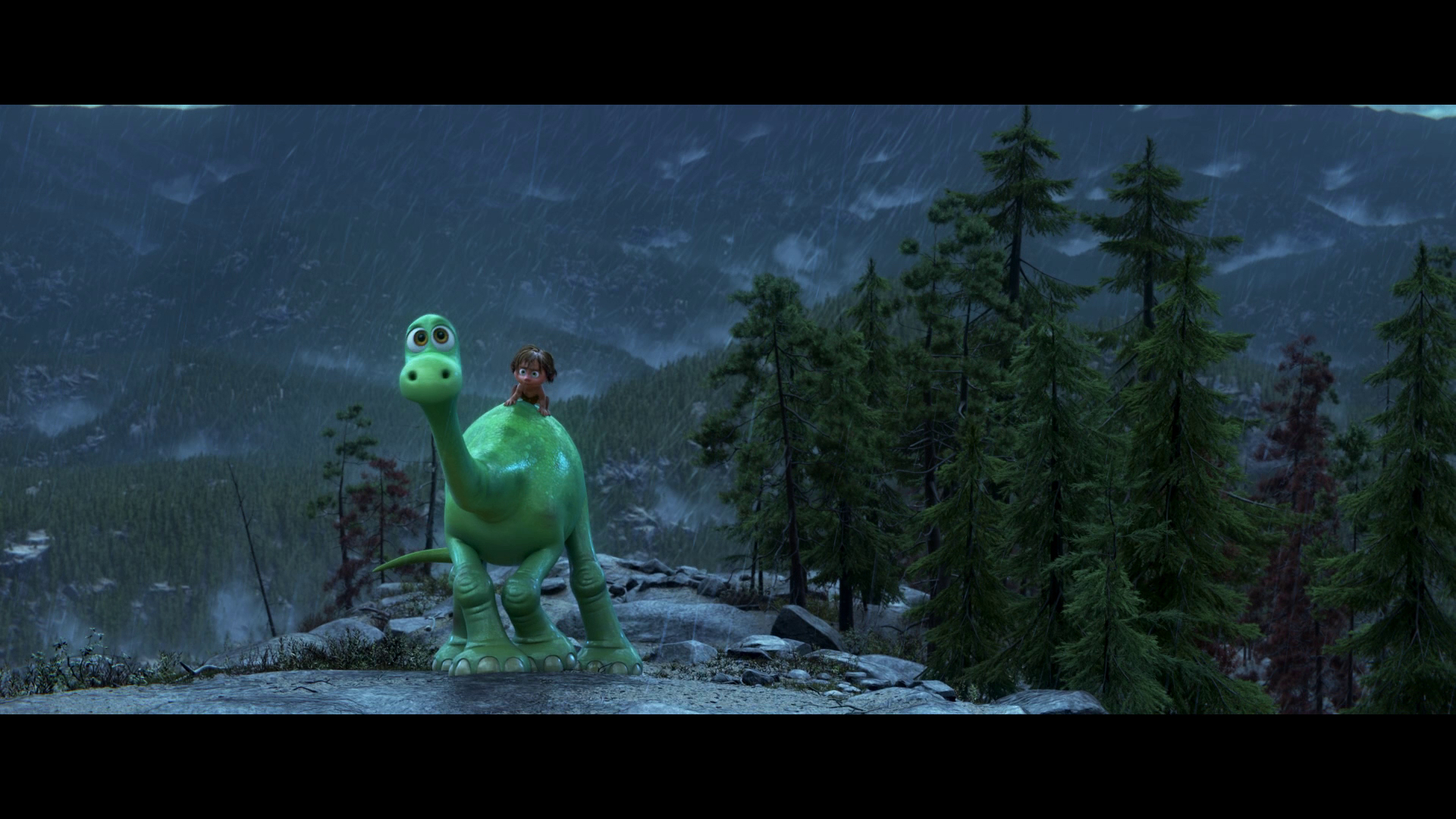 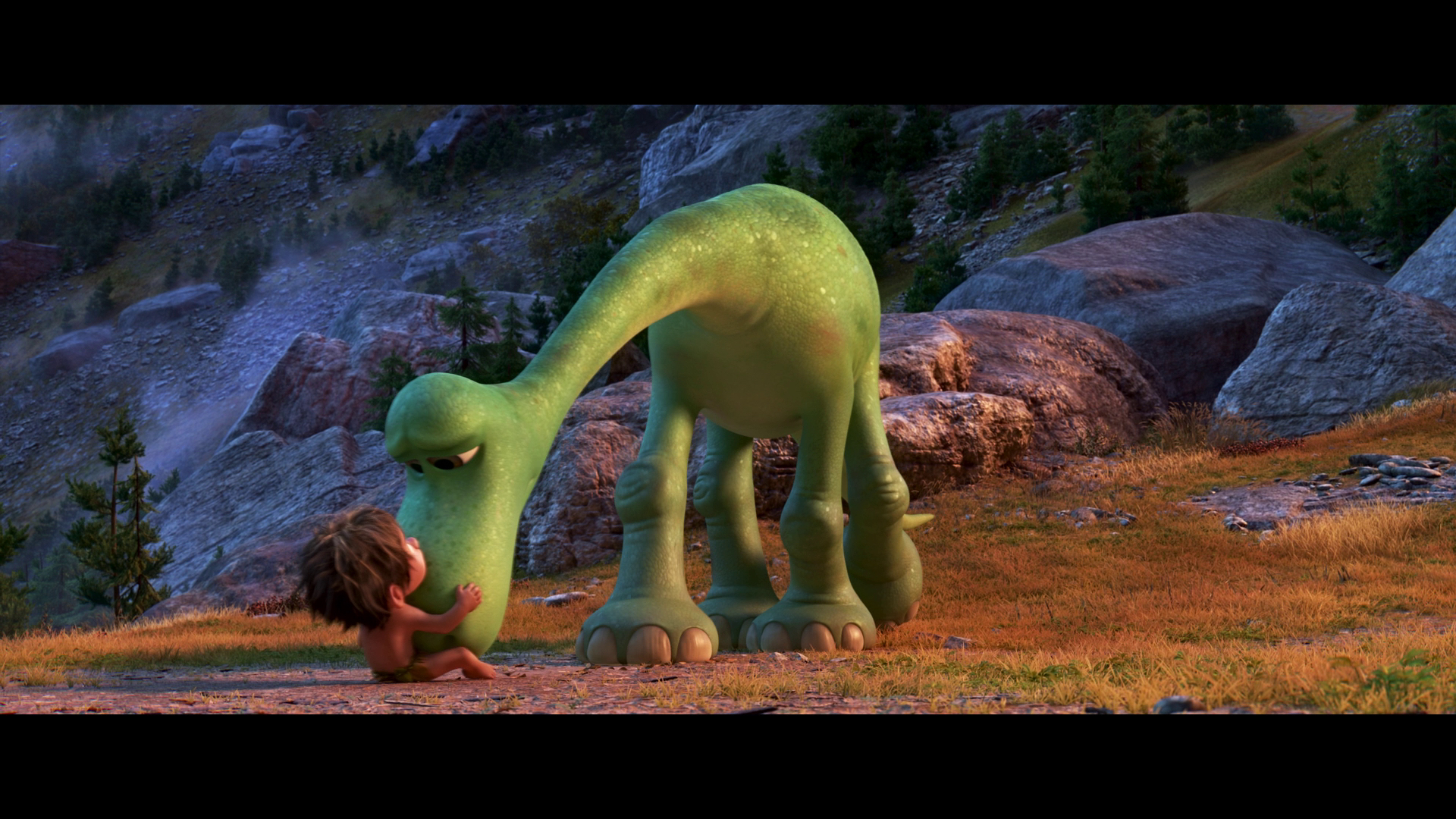 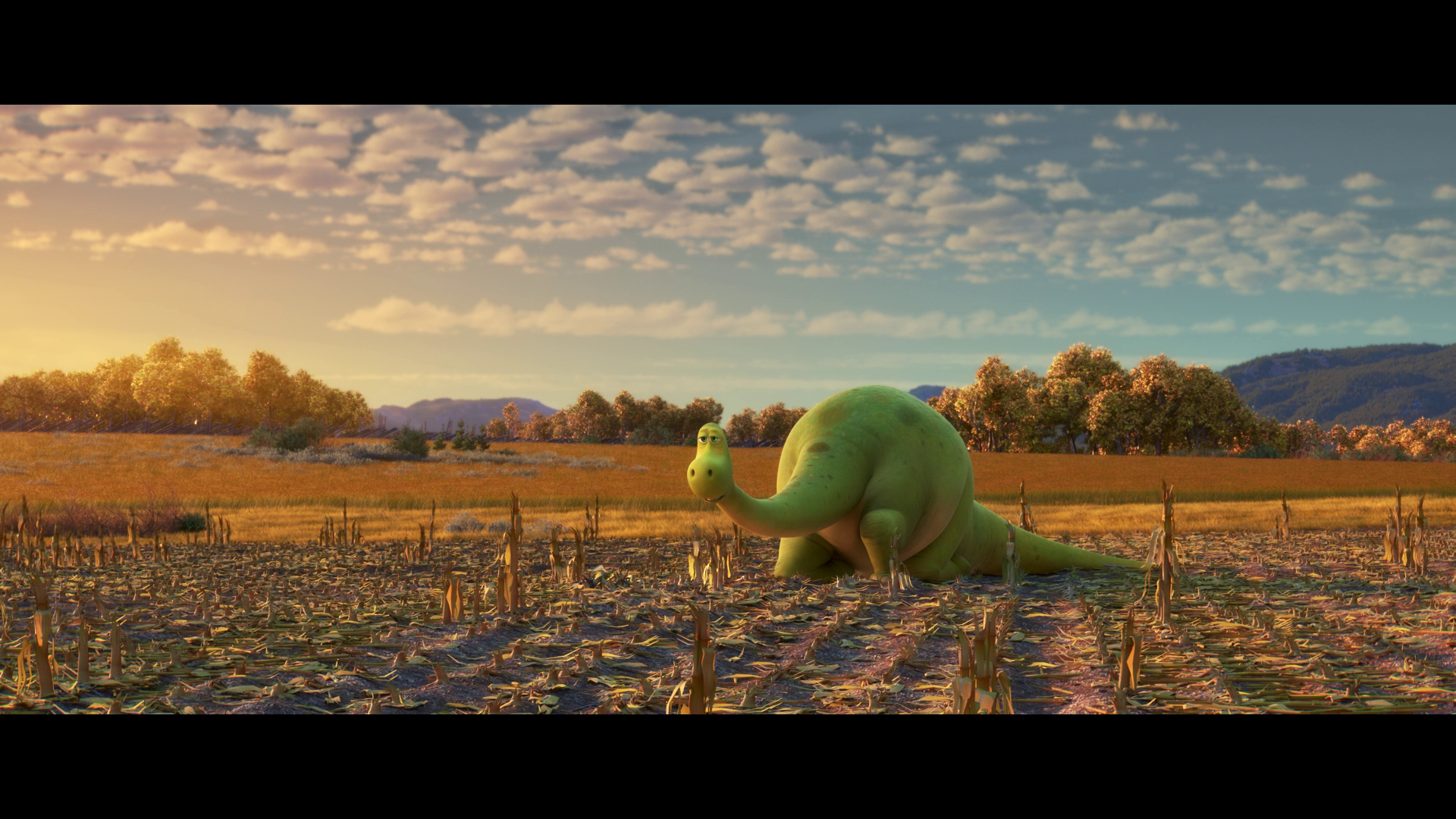