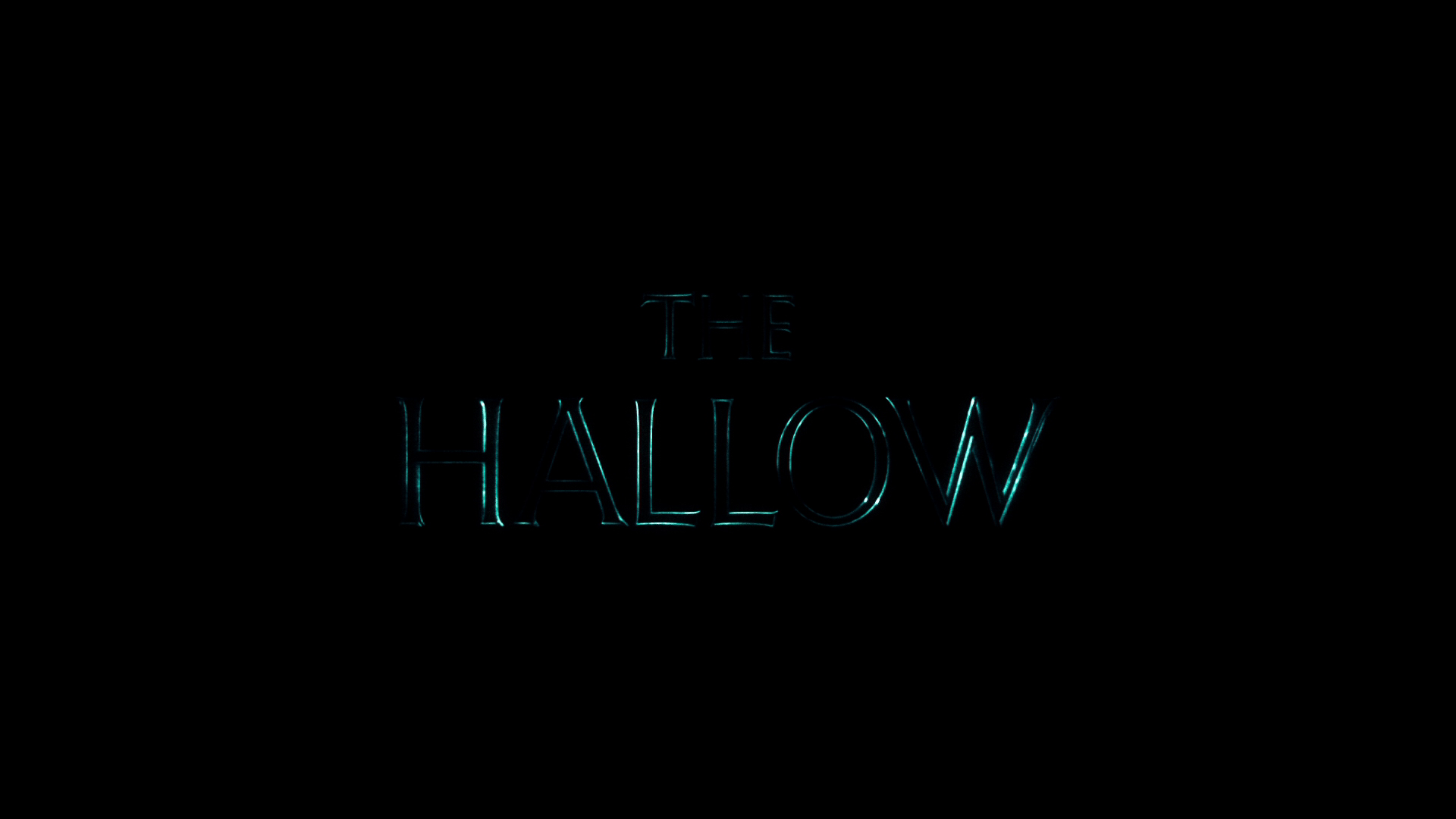 Corin Hardy's The Hallow at times reminds me of Pan's Labyrinth with its impressive production design and mythology. This British-Irish horror film is rich in atmosphere but short on actual terror, but strong performances fill that void. Conservationist Adam Hitchens (Joseph Mawle), his wife, Claire (Bojana Novakovic), and baby son move to the middle of nowhere so Adam can study the forest, which has remained surprisingly untouched and uninhabited. The young family soon finds out why: A dark presence lurks in the shadows and threatens their safety. The creatures that dwell in the forest instill both dread and doubt in the minds of Adam and Claire, and their baby is quickly turned into a pawn. Terror is not necessarily the film's first priority, and its visual design and story of familial bonds is more impressive than the jolts.

Adam wanders the forest with baby in tow, exploring an abandoned home. He finds a hideously splayed deer corpse and takes samples of the remains. His wife is startled at home by the arrival of neighbor Colm (Michael McElhatton), who warns that she should replace the metal bars once blocking the home's windows. Adam knows the locals are mad the government will soon open the land to loggers, and assures Alice that he will deal with Colm. That night, something breaks the upstairs window, and Adam spots a creature in the shadows of his backyard. Hardy stretches his limited budget, at first revealing only glimpses of the creatures the townsfolk openly discuss. As the outsider, Adam is skeptical. He thinks these fairy tales are a crock and assumes his neighbors just want him to leave. Further evidence suggests otherwise. 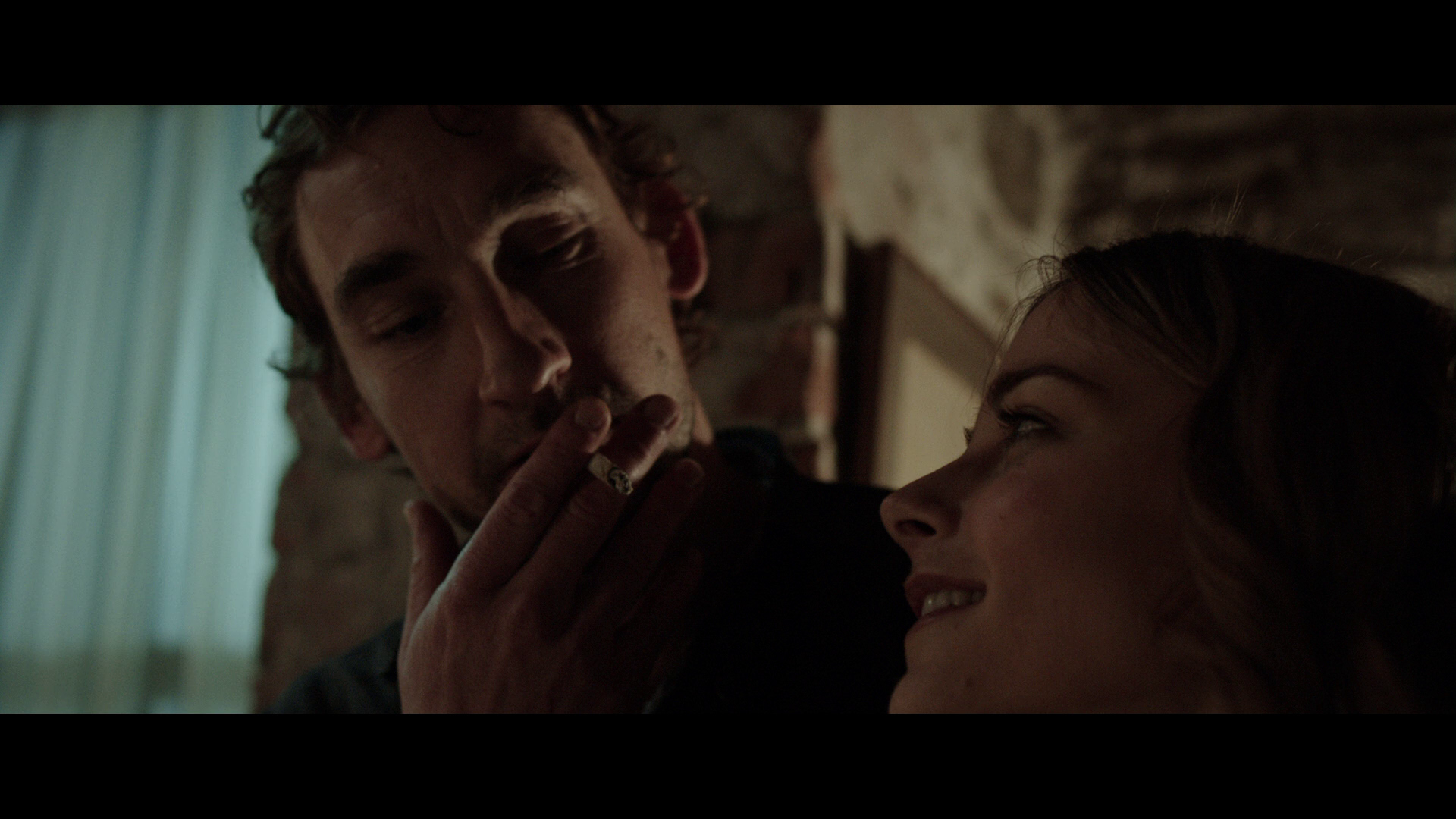 Those samples Adam brought home? They turn out to be a crazy zombie-making muck that can take over a human host. The Hallow allows the forest to surround and smother its quests, and the movie draws from Irish folklore, introducing elements like changelings and body snatchers. The creatures themselves are of impressive design, and The Hallow offers an effective blend of practical and digital effects. The film quickly reveals what the Hitchens family is facing, but allows the viewer to encounter the threat's evolution with the film's protagonists. Most vulnerable is the baby, and the creatures want him to join their family.

The leads are quite good here, and The Hallow is really about their struggle to protect each other from outside forces that instill doubt in their minds. I wish the movie was scarier, and at times I found myself disengaged in the drama despite the strong acting and production design. Adam makes especially stupid decisions in the early reels, and only Claire seems to realize the gravity of the situation. The effects and atmosphere are strong throughout, and those elements make up for the lack of scares. 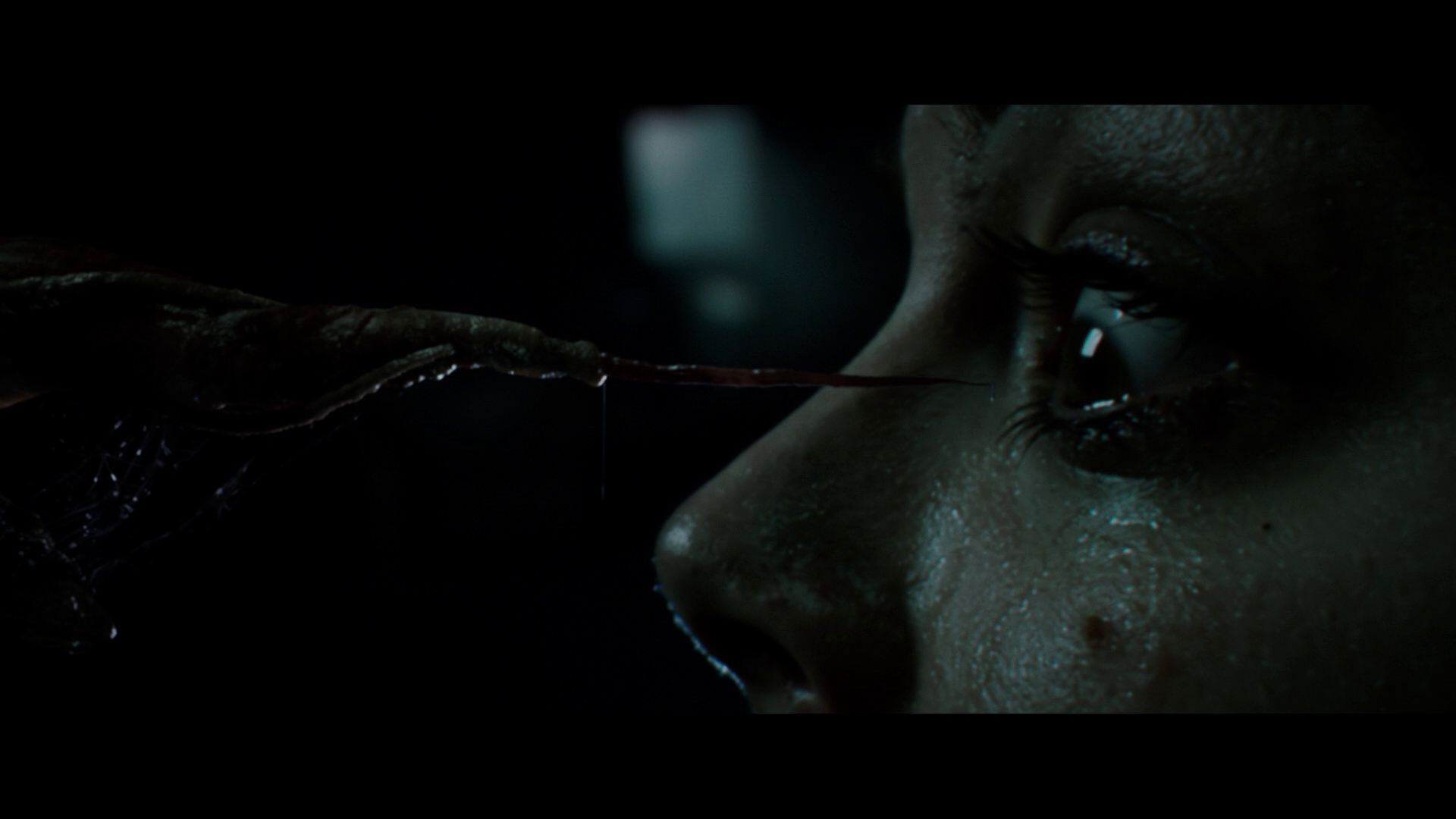 The 2.40:1/1080p/AVC-encoded image is excellent. Many scenes are bathed in darkness, and shadow detail is impressive. Sharpness and clarity are excellent, and fine-object detail and texture are abundant. Close-ups reveal intimate facial features, and wide shots are deep and crystal clear. Colors are nicely saturated and skin tones appear natural. Blacks are inky and contrast is steady. I spotted minor banding, but it is not especially troublesome.

The 5.1 DTS-HD Master Audio soundtrack adds to the fantastical atmosphere. There are plenty of ambient effects that surround the viewer. The woodland sounds and creeping creatures pan the sound field, and stinger elements rattle the subwoofer. Dialogue is crystal clear and nicely balanced. The score is weighty and appropriately layered. English and Spanish subtitles are available.

This single-disc release is packed in a standard case with dual-sided artwork. A unique slipcover wraps the case. The extras are quite good. Things kick off with Surviving the Fairytale: The Making of The Hallow (50:42/HD), a lengthy, detailed making-of. You also get several behind-the scenes featurettes: The Story (2:39/HD), The Influence (2:05/HD) and Practical F/X (2:20/HD). You also get the Director's Storyboards Gallery (1:39/HD), Director's Sketchbook Gallery (3:19/HD), Book of Invasions: Original Illustrations Gallery (2:50/HD) and Creature Concepts Gallery (0:44/HD). Things wrap up with an Audio Commentary by Director Corin Hardy and the Trailer (2:01/HD).

Rich in atmosphere and nicely acted, The Hallow is an enjoyable fairy tale about nefarious woodland creatures. The horror elements could be stronger, but the production design makes up for the lack of scares. Recommended. 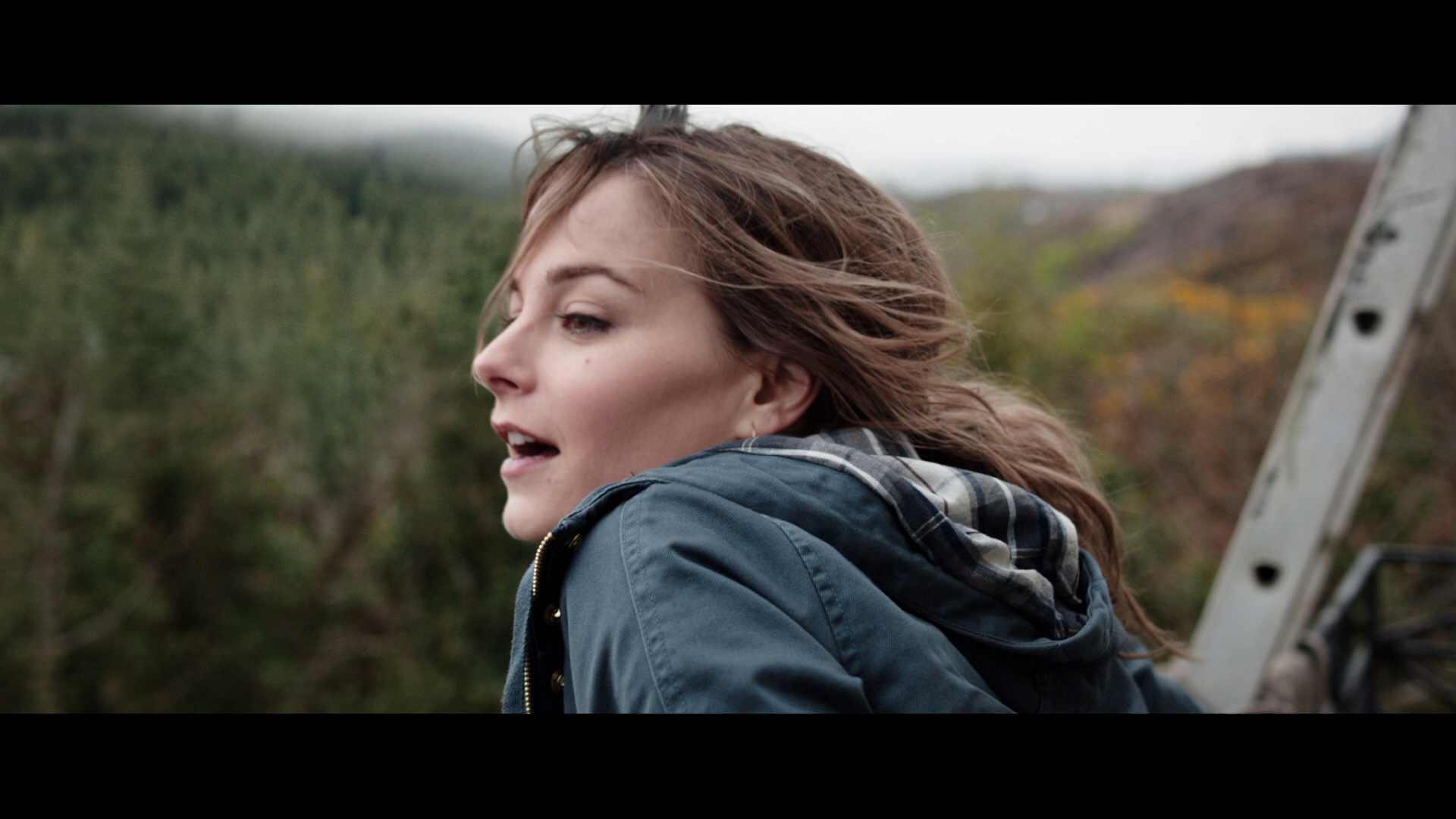 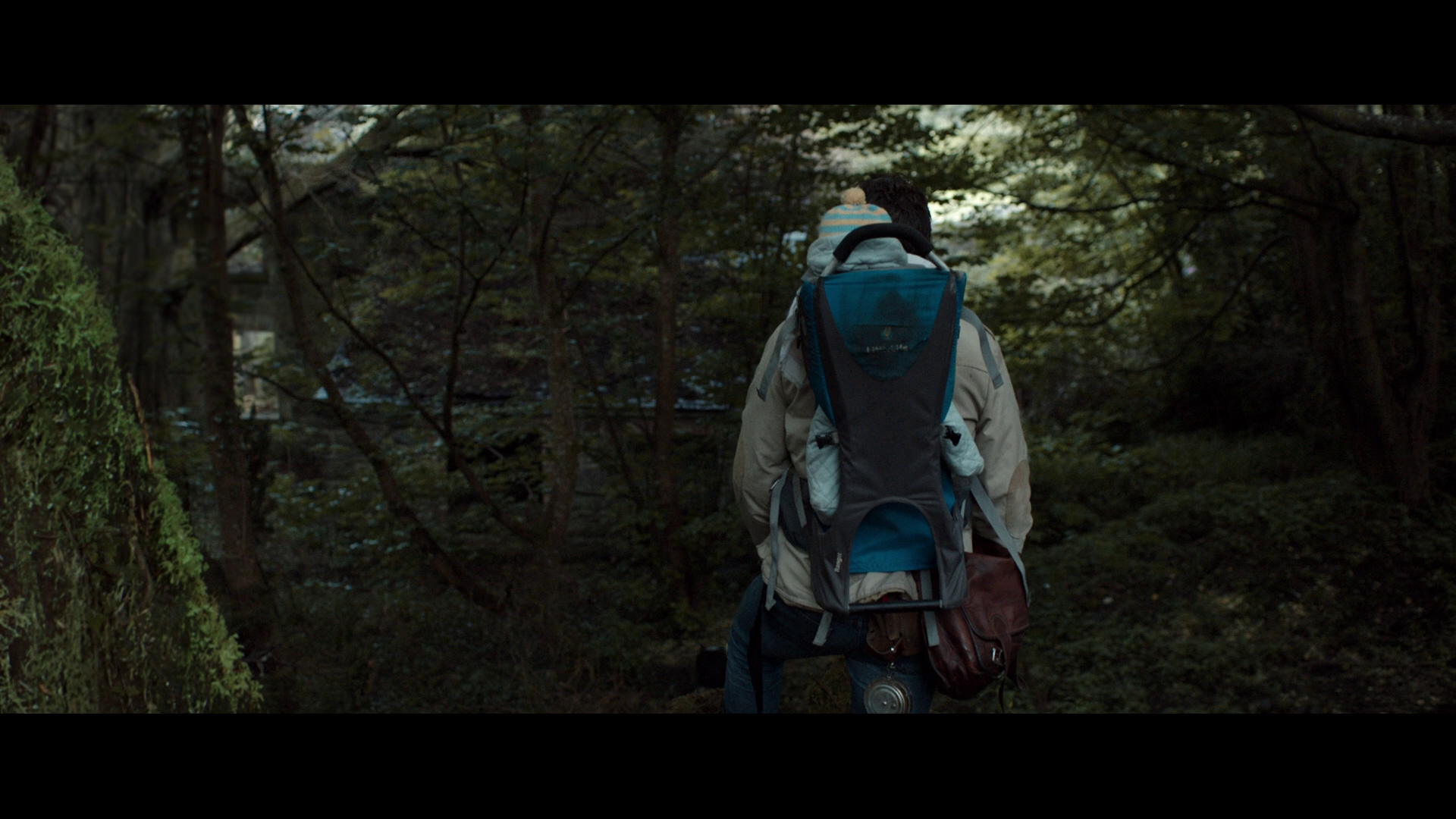 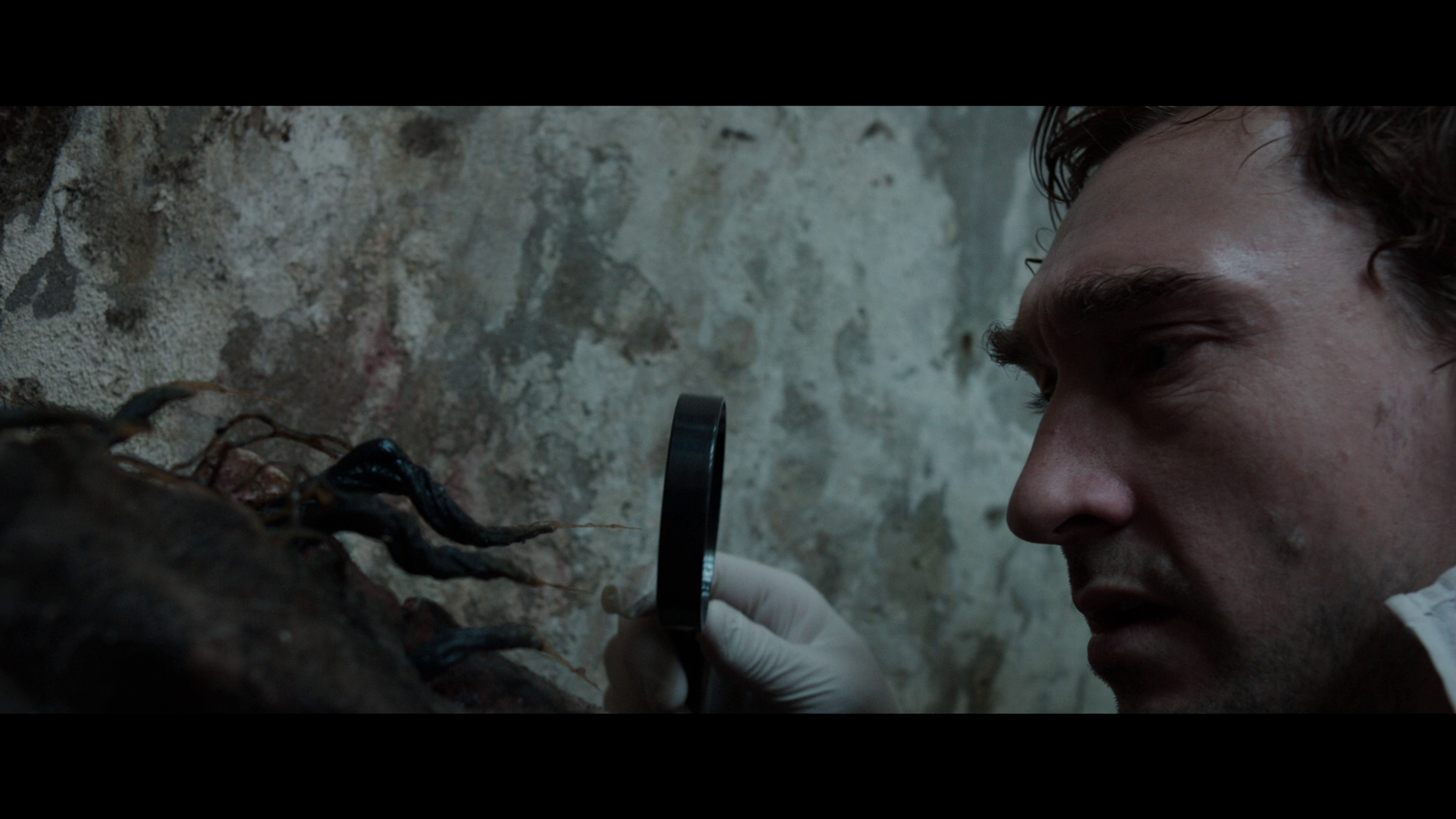 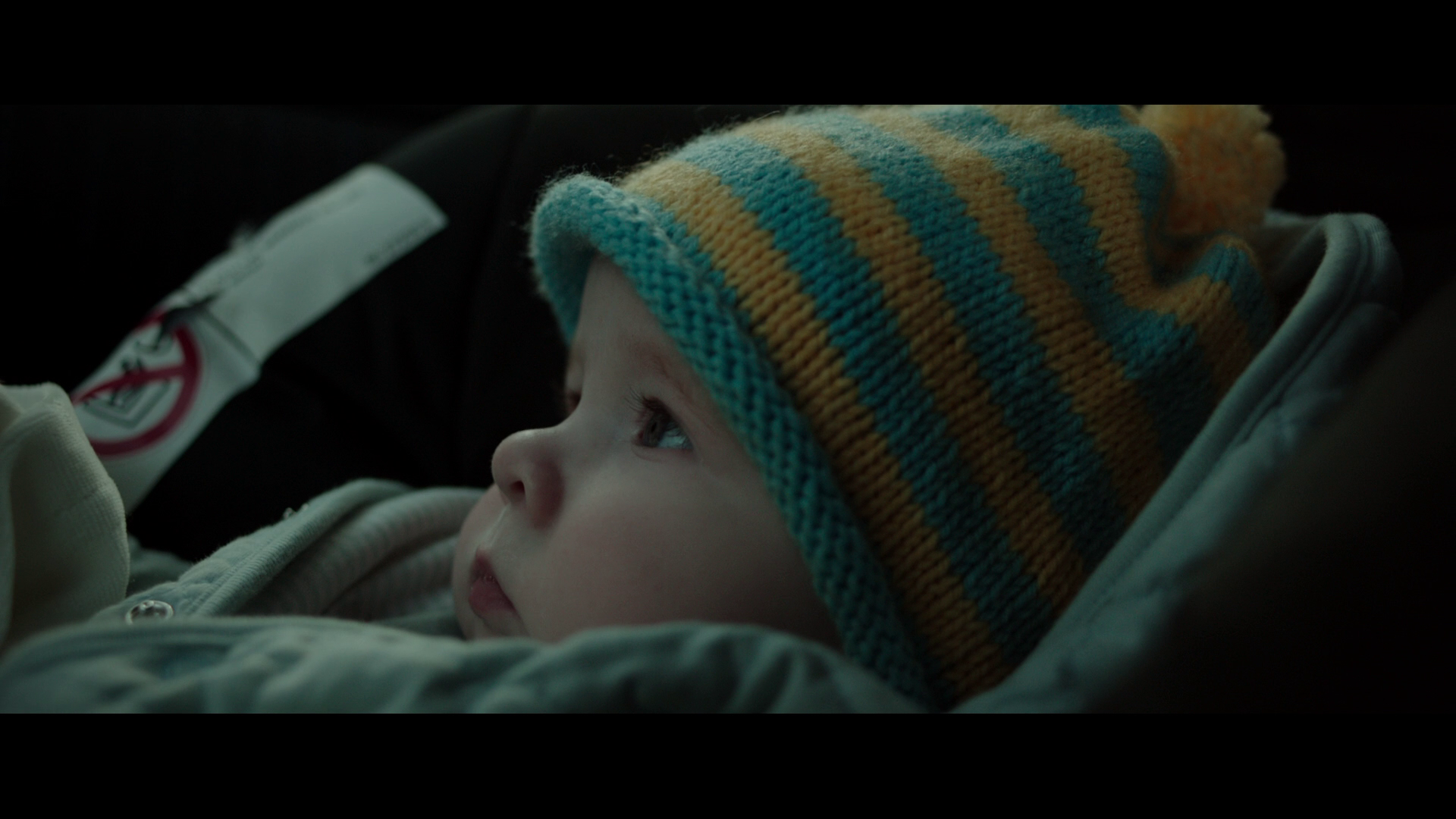 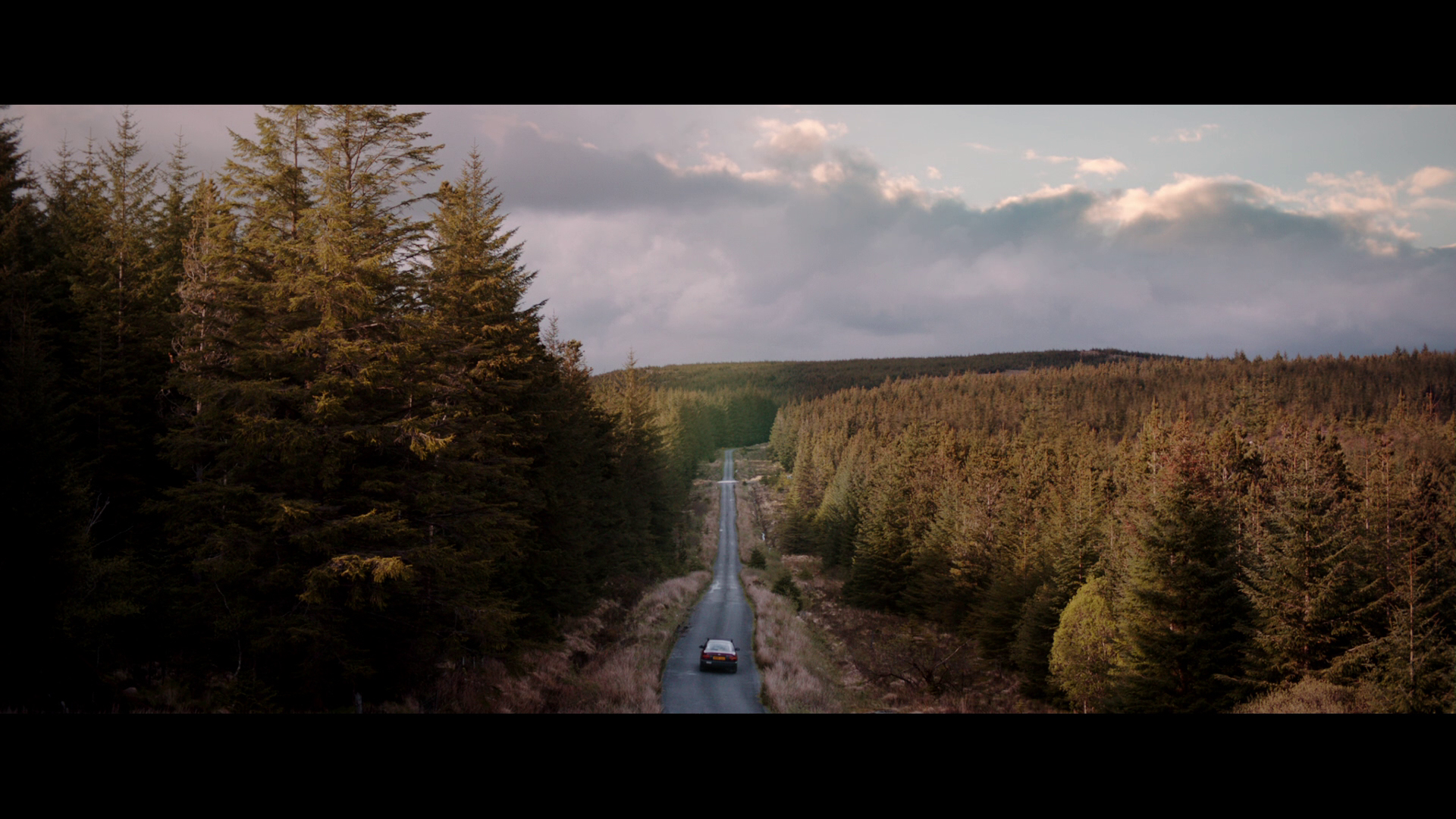 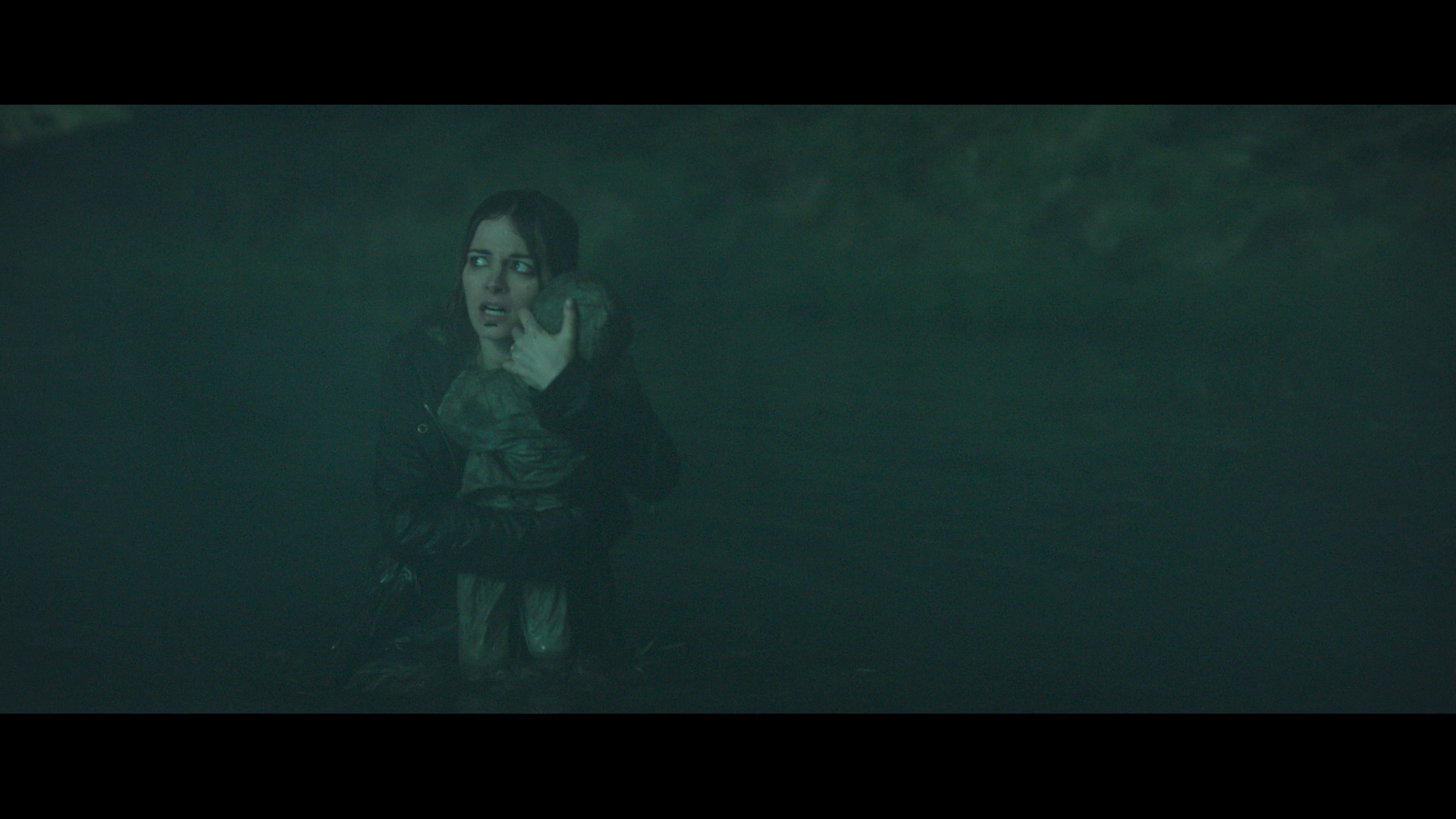 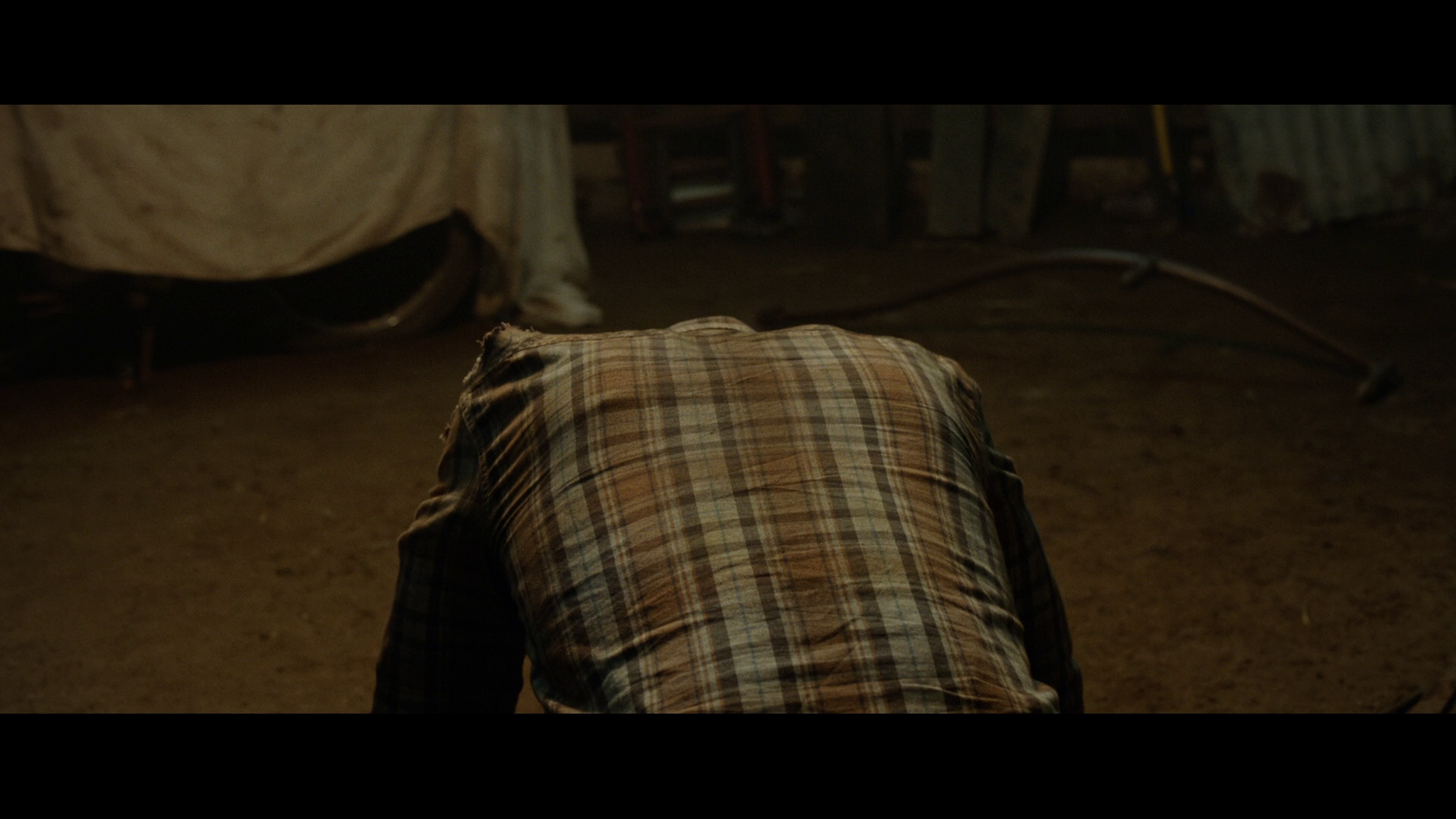